Shahir Shahidsaless
Without a highly ideologically and politically motivated ally like Iran, Russia would face in Syria what the Soviet Union faced in Afghanistan 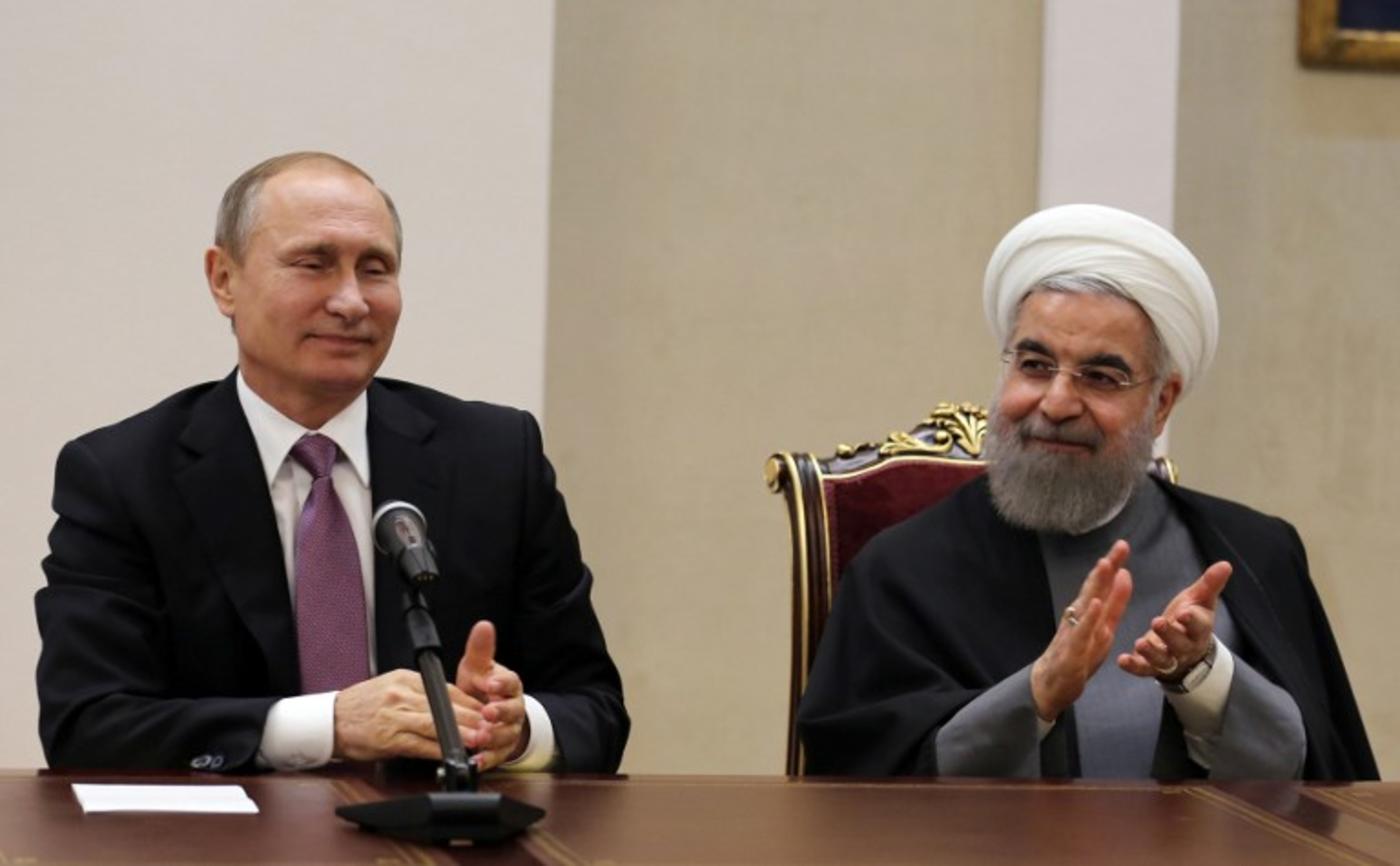 Russia’s strategic foreign policy goal is to prevent the consolidation of the United States’ global dominance. This strategy became even more apparent in 2014 from the strong Russian response to the ouster of the pro-Russian government in Ukraine and the emergence of a pro-Western leadership in the former Soviet state.

Russia was extremely worried about the close proximity of the newly pro-Western government and was concerned about the possibility of a NATO military presence in its back yard. This sparked a tit-for-tat chain of actions and reactions between Russia and the West, led by the United States.

In pursuit of the same objective, Russia began its intensive air campaign in Syria in September 2015. The Russian military operation in Syria elevated the US-Russia conflict into a geopolitical confrontation.

As events unfolded in Syria, the rise of jihadists added a new element for serious concern. Russia has been in a state of war with radical Islamists from Chechnya and other North Caucasian republics since the 1990s, and the country has been targeted by several terrorist attacks. In June 2015, the Chechen jihadi group pledged allegiance to Islamic State.

For a host of reasons, Iran's hostility toward Israel has been the most entrenched determinant of its foreign policy since the Iranian Revolution in 1979.

To counter Israel's unchallenged hegemony in the region, Iran organised Hezbollah in Lebanon in the 1980s to serve as a proxy force. Iran viewed Hezbollah as a deterrent force and a constant potential threat to Israel's security.

In this respect, Syria, as an anti-Israel, anti-American strategic ally of Iran, served as a vital corridor connecting Damascus to Tartus on the Mediterranean coast. This corridor enabled Iran to continue to provide weapons to Hezbollah.

With the overthrow of the Iraqi dictator, Saddam Hussein, in 2003, Iran emerged as a major player in Iraq thanks to the armed Iraqi opposition groups that Iran had supported for over two decades. This paved the way for the formation of the Iran-led "axis of resistance" which extends from Iran to Lebanon and passes unobstructed through Iraq and Syria. “Resistance,” as it is called by the Iranians, is also tasked to act as a deterrent to thwart American hegemony in the region.

As chaos grew in Syria, the rise of the anti-Shia Salafist group, Daesh (also known as ISIS, ISIL, and Islamic State, or IS) became a formidable threat not only to Iran’s strategic interests in Iraq and Syria but also to its own national security. Iran could no longer rely on the Syrian army to continue to prop up the Bashar al-Assad regime, which was in a brutal asymmetric war with Daesh as well as with numerous opposition groups.

The opposition groups were being backed by several Arab countries in the region as well as by Turkey and the United States. The US supported these opposition groups in a strategic attempt to curb Iran’s influence in the region. To combat this situation, Iran created the National Defence Forces, a large paramilitary base in Syria modelled after its success at organising proxies in Iraq and Lebanon.

As the Russia-Iran de facto alliance in Syria has emerged, opinion pieces and analyses increasingly appear in the Western media arguing that this partnership will not survive in the long term. The predominant arguments to support this position are as follows:

Some experts argue that there is a history of distrust between the two countries dating back to the 19th century when Russia annexed Iranian territories. They also refer to the USSR’s support of Iraq during the Iran-Iraq War (1980-1988), Russia’s opposition to Iran’s nuclear programme and its support of UN sanctions on Iran. They also point to the suspension of the delivery of S-300 missiles in 2011 that Iran had already paid for. Tehran filed a lawsuit against Russia in return.

The reality is that alliances between countries are not based on trust - they are based on self-interest. A country’s self-interest leads a government to enter into alliances with other countries. The more these interests converge, the stronger the relations.

As evidenced by numerous cases, even close allies do not trust each other: Israelis spy on Americans, Americans spy on Israelis, Germany helps Americans spy on its neighbouring European countries, and all the while Germany's own chancellor’s mobile phone is being tapped by Americans.

To determine the strength of the ties between two countries, one should examine how well their interests converge. Russia and Iran’s major common interest is denying US hegemony. The United States rejects the view of building friendly relations based on equal partnerships or on taking the interests of other parties into account. This frustrates its relations with countries whose worldview, principles, values, and interests are different from that of the United States.

Logically, it is in Russia’s national security interests to support sanctions if it perceives that there is a military dimension to Iran’s nuclear programme. However, that does not mean Russia will turn its back on Iran as the most reliable partner in the region helping it to thwart US dominance.

Competing in the global energy market

Some observers argue that Iran and Russia are competitors in energy markets. They claim that Iran may become Russia’s competitor if it begins exporting natural gas to Europe where Russia dominates the market. Contrary to this argument, Russia desperately needs Iran’s market and has already positioned itself as one of the biggest beneficiaries of the removal of sanctions on Iran.

Last September, the two countries signed a memorandum of understanding worth $74bn to develop their trade and economic ties in an array of sectors. These sectors are mainly in gas and oil but also include heavy industries, mining, trade, agriculture, tourism, banking, technology and electricity.

According to Russian Energy Minister Alexander Novak, Iran and Russia are in the process of negotiating oil and gas swap contracts. They can also “establish a bank that will finance the joint [oil and gas] projects,” according to Novak.

Further evidence that Russia does not view Iran as a competitor can be seen in the active role Russia played in the culmination of the nuclear deal between Iran and the P5+1 (the UN Security Council permanent members plus Germany), a role that resulted in Iran’s leader expressing his appreciation for Russia’s help.

A group of experts, in an effort to prove that the Iran-Russia alliance will be short-lived, claim that the national interests of the two countries differ in Syria. As described earlier, while it is true that Russia and Iran view their strategic interests in Syria from different angles, these are not contradictory.

Russia realises that without a motivated and reliable ground force, their military operations will not have the slightest chance of success in the Syrian asymmetric war. The two most severe bombing campaigns in history - by the United States in Vietnam and the Soviet Union in Afghanistan - illustrate how insurgents can absorb tremendous losses and still continue to fight.

This is where Iran’s presence, through its ally Hezbollah of Lebanon, and the National Defence Forces organised by Iran in Syria, becomes crucial to the realisation of Russian objectives in Syria. As Russian President Vladimir Putin expressed it, Russia’s “complex” campaign in Syria “would be impossible” without Iran. Without a highly ideologically and politically motivated ally, Russia would face what the Soviet Union faced in Afghanistan. 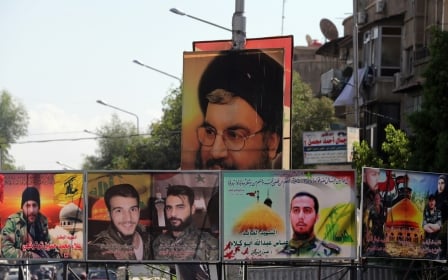 Islamic State
Iran warns IS against approaching its borders