Iranian establishment falls out over missile tests and the economy 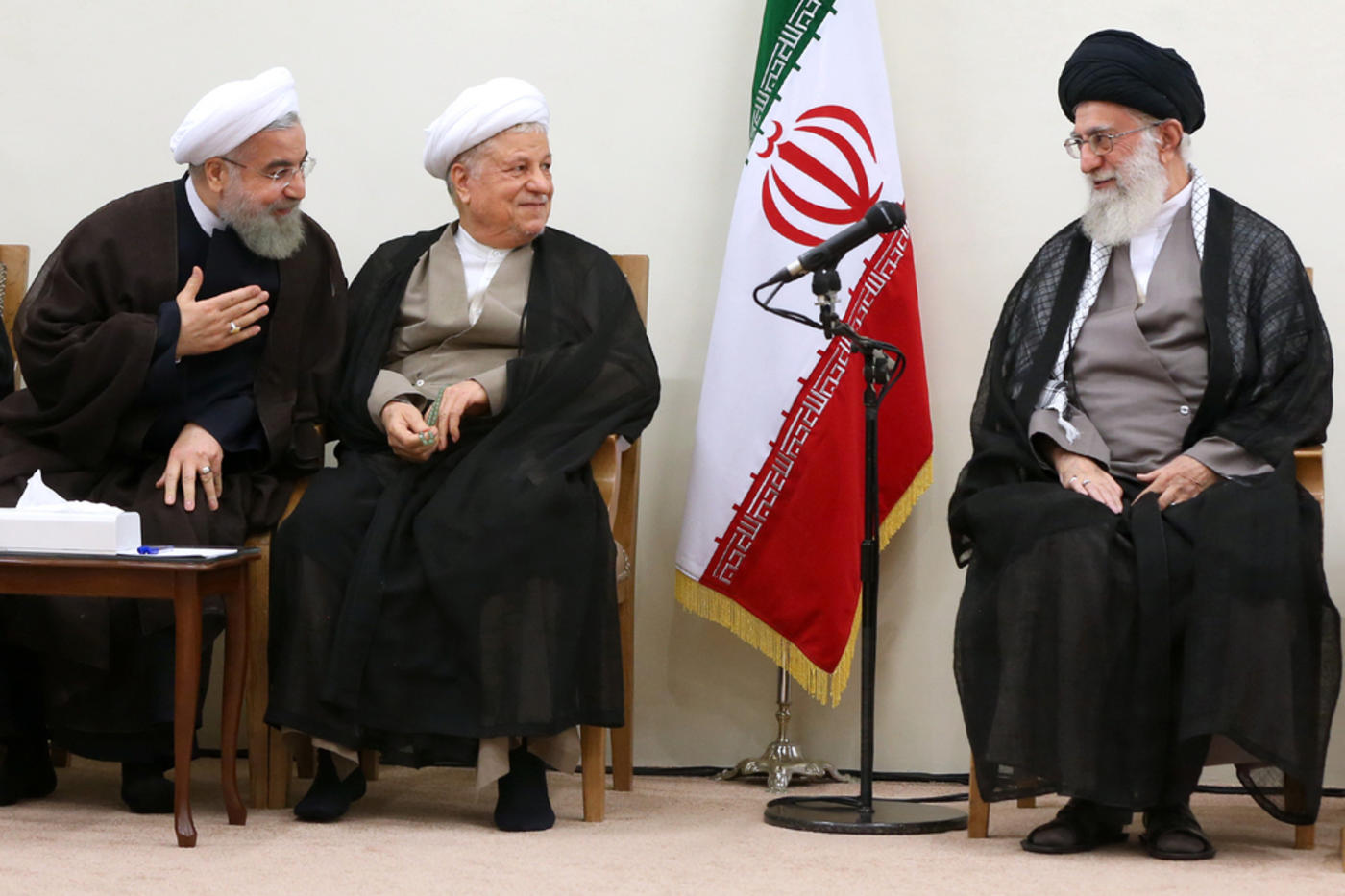 The Persian new year (Nowruz) is supposed to mark good will and renewal. This symbolism – and the resulting obligation to keep up appearances - is very important, particularly for elites occupying influential positions.

The Nowruz backdrop makes the spat between Iranian leaders all the more significant and heralds serious mid-term repercussions. What started as a spat between the leader Ayatollah Khamenei and President Rouhani on the extension of the nuclear deal to domestic politics quickly escalated to encompass the latest missile tests.

The immediate context of this fight is the recent parliamentary and Experts Assembly elections in which reformists and Rouhani allies performed better than expected. But more broadly it fits into the extended contest for next year’s all-important presidential elections.

If this February’s parliamentary and Experts Assembly elections were one of the most important political milestones in post-revolutionary Iran, then next year’s presidential elections promise to be even more important.

The central divide in this intensifying political conflict is between a newly emergent “centrist” coalition and the bulk of Islamic Republic loyalists led by Ayatollah Khamenei. Whilst the former currently have the upper hand the outcome of this battle is not a foregone conclusion.

Flush from victory in the recent elections, President Rouhani is clearly determined to press home his advantage. In his Nowruz message Rouhani appeared to be referring to the elections when he called for a second “Barjam” in domestic politics and the economy.

Barjam is the Persian acronym of the Joint Comprehensive Plan of Action (JCPOA, i.e. the nuclear deal). By describing his plans for domestic politics and the economy in such strikingly provocative terms, Rouhani was clearly trying to elicit a strong reaction from his opponents.

Nevertheless, the reaction from Ayatollah Khamenei was unexpectedly strong and even unprecedented in so far as the leader has rarely (if ever) directly attacked a serving president in such strident terms.

While some analysts argue that Khamenei is using Rouhani as a scapegoat for continuing American pressure post-JCPOA - in particular the failure to fully lift nuclear-related sanctions - the fact is differences over the economy have been simmering for some time.

These differences have been exacerbated by the Rouhani camp’s terminology which deliberately conflates JCPOA (or Barjam) with domestic issues, in particular the strategic direction of the economy.

This is a cynically calculated provocation as the JCPOA is widely perceived by principlist factions, and by extension the bulk of Islamic Republic loyalists, as a necessary evil at best and at worst a humiliating retreat.

By calling for “Barjam 2” Rouhani and his allies are indicating in no uncertain terms their wish to extend the “normalising” effects of the JCPOA to the economic realm, which in reality translates to a call for fully opening up the economy to foreign investment.

Foreign, and in particular Western, investment in the economy is at odds with Ayatollah Khamenei’s call for a “resistance” economy characterised by domestic resilience and a greater drive toward self-sufficiency.

Rouhani’s post-election rhetorical offensive is in part motivated by his expanding political base which now includes reformists as well as the technocratic faction allied to former president Hashemi Rafsanjani.

Thus it was no surprise that Rafsanjani should quickly enter the fight with provocative tweets on missile tests, partly with a view to relieving pressure on Rouhani.

The immediate result of Rouhani and Rafsanjani’s provocative posturing on the economy and missile tests has been characterised by a resolute response from establishment stalwarts.

On JCPOA, and specifically Rouhani’s glorification of it, the commander of the Islamic Revolutionary Guards Corps (IRGC) Major-General Mohammad Ali Jaafari, asserts that the nuclear deal is not a source of pride.

On the missile tests, and specifically Rafsanjani’s apparent objection to the demonstration of strength, the head of the judiciary Ayatollah Sadegh Larijani equated the rhetorical sabotage or questioning of the country’s military capabilities to “treason” and called on prosecutors across the country to monitor such cases with a view to legal intervention.

But it would be a mistake to characterise this intensifying political conflict in purely structural or institutional terms. Whilst central institutions like the IRGC and the judiciary will robustly oppose the more neoliberal aspects of the Rouhani camp’s economic and foreign policies, crucially they cannot determine the outcome of this battle.

Major developments are underway in Iranian politics and many of the underlying processes, as well as the outward manifestations, have gained momentum since last month’s elections.

The most important development is the expanding coalition centred on the Rouhani administration. This loose alliance now includes many of the defeated reformists of the late 1990s and early 2000s, in addition to the pragmatists and so-called technocrats who have traditionally gravitated toward Hashemi Rafsanjani.

Whilst this coalition is inherently unstable and ephemeral, nevertheless in the short to medium term it is capable of producing significant political change to the point of a transformation.

In electoral terms, this alliance overcomes Rouhani’s critical political disadvantage of lacking a coherent political base by giving him access to the formidable vote winning potential of the reformists.

In terms of political economy, by aligning so closely with Rafsanjani, the Rouhani camp taps into a vast international network of commercial and economic interests, and by extension stands to win even greater support from Western governments and corporations.

This is all very bad news for Ayatollah Khamenei and his supporters. Already on the back foot, Khamenei is beginning to assume an oppositional posture to strident, and apparently successful, Rouhani policies in the nuclear and economic spheres.

In some ways the deteriorating relationship between Khamenei and Rouhani is reproducing the dynamics of the early 1990s when the dichotomy of power in the Islamic Republic cast Khamenei in opposition to a then dominant Hashemi Rafsanjani.

Khamenei won that battle in large measure because he was seen then (as now) to represent the Hezbollahi grassroots of the Islamic Republic. Long after Rafsanjani had departed the presidency Khamenei was able to successfully call upon the grassroots to stabilise the political scene following the controversial June 2009 presidential elections.

The Iranian leader may yet resort to the same drastic measure if the balance of power continues to shift in favour of the “centrist” coalition.