Iraq and Syria: When humanitarians attack

Gregory Shupak
A humanitarian would urge their government to exhaust non-military options, yet the Global Centre for the Responsibility to Protect tacitly endorses US-led coalition’s airstrikes 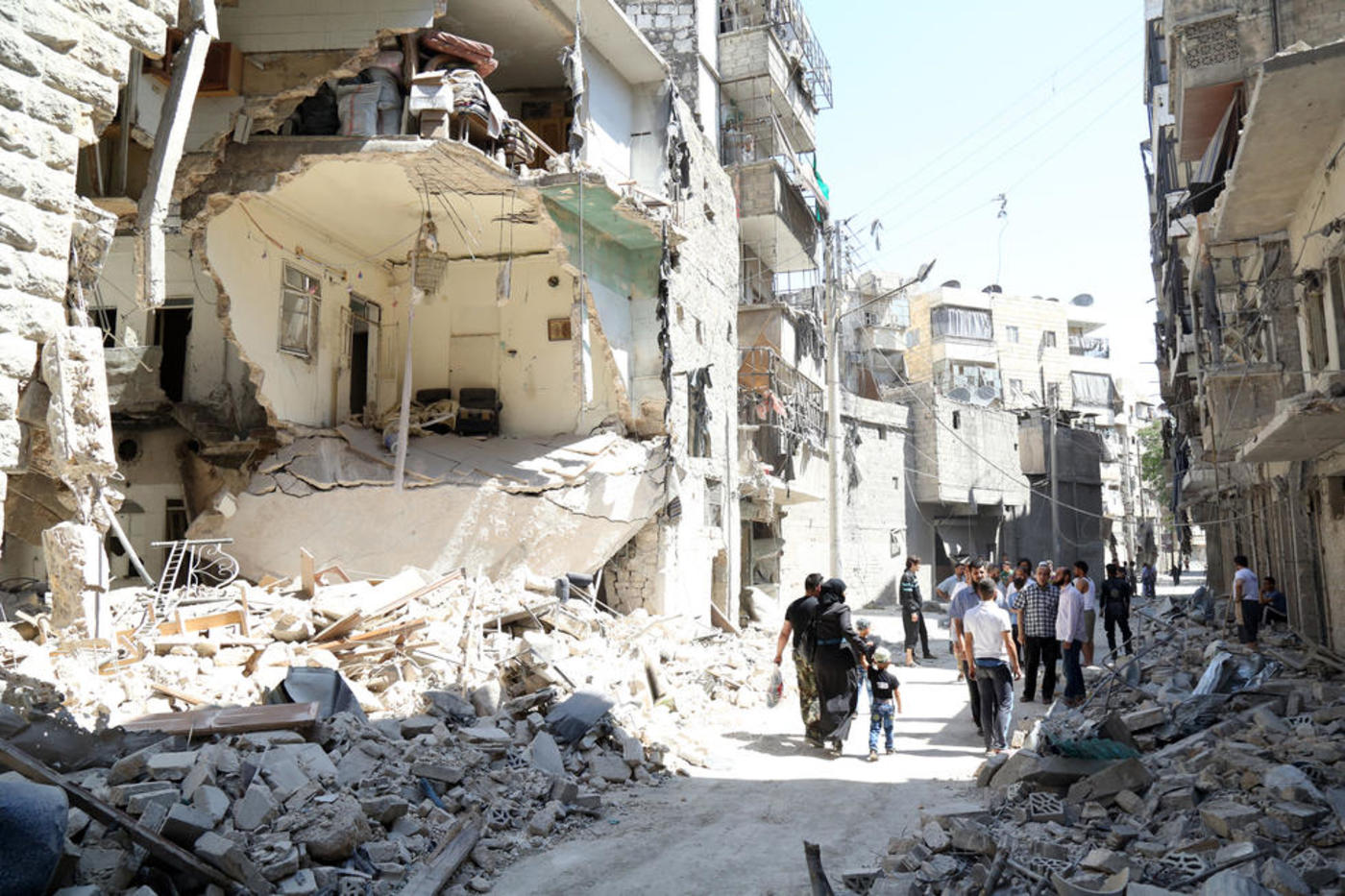 In its 15 July report, the Global Centre for the Responsibility to Protect tacitly endorses the US-led coalition’s airstrikes in Iraq and Syria that are ostensibly aimed at Islamic State (IS) targets. This is the most recent of many examples of justifications for the bombing that have been made in terms of the Responsibility to Protect (R2P), a policy under which the “international community” militarily intervenes in states that fail to protect their populations from mass atrocities. In practise, the “international community” means the US and its allies.

Alex Bellamy, the director of the Asia Pacific Centre for the Responsibility to Protect, has also supported the campaign on R2P grounds. Gareth Evans, the academic and ex-foreign minister of Australia who played a key role in developing the concept of R2P and building support for the doctrine, has written two articles in which he endorses the bombing: in the first he enthusiastically supports the campaign in Iraq and in the second he advocates the bombing of both Iraq and Syria while expressing some reservations.

A genuine humanitarian would urge their government to exhaust non-military options. These include compelling Turkey and the Gulf states to end their support for IS, pressuring the Iraqi government to offer Sunnis a secure and equal future, and facilitating something along the lines of the “imperfect Syrian peace plan” that Aleppo-based columnist Edward Dark outlines; an approach whose immediate goal “is stabilisation, humanitarian relief and a rolling back of the influence of warlords and paramilitaries over Syrian society”. Yet Bellamy says virtually nothing about these possibilities and, while Evans and the Global Centre discuss some of them, they nevertheless regard American militarism as an indispensable instrument in the humanitarian tool kit despite troves of evidence to the contrary.

Sincere humanitarians would also worry about the harm inflicted by the course of action they recommend. But Bellamy does not even mention the civilians killed by the US-led strikes. His article was published 20 April: Airwars, a non-profit made up of experienced journalists, reports that between 42 and 47 civilians died in coalition bombings in the first nine days of April.  Similarly, the Global Centre fails to say anything in the “Necessary Action” section of its report about the US-led bombing killing civilians in Iraq. It says that in Syria the coalition “must ensure all necessary precautions are taken to avoid civilian casualties” but evidently does not see these casualties as sufficient reason to oppose the airstrikes.

According to Airwars, as of three days before the Global Centre’s report, the number of civilians killed by coalition bombing was between several hundred and more than a thousand. Evans, meanwhile, acknowledges the risk of civilian casualties but supports the coalition bombing anyway. What’s left unsaid is the moral calculus these humanitarians use to decide the number of, and conditions under which, dead civilians might begin to taint a supposedly altruistic mission.

Bellamy and Evans’ support for R2P in Iraq and Syria are grounded in extremely weak political analyses. Bellamy argues that the US’s past “misadventures” in Iraq are no reason to oppose the current campaign and are among the reasons that the US is obliged to militarily defeat IS. Similarly, Evans writes that “The current Western military intervention in Iraq is not 2003 revisited” and demonstrates serious naiveté about American foreign policy. He accepts that the objective of bombing Iraq “is explicitly humanitarian,” says that it “has a primarily humanitarian motive,” and believes that “The immediate US motive in mobilising air power is unquestionably to protect” Iraqis.

Both Bellamy and Evans therefore acknowledge that the 2003 invasion harmed Iraqis but they think that US militarism will now benefit Iraqis and Syrians and don’t explain why they expect a different outcome this time. Meanwhile, neither gives sufficient consideration to the ways the US and its allies have exacerbated the suffering Syrians have endured in their civil war.

What’s missing from Bellamy and Evans’ arguments is an analysis of the factors driving US policy. Humanitarianism simply is not the aim of US policy in the Middle East. Quite the opposite: US strategy is geared toward dominating the region and that goal is pursued with extreme violence. Consider, for example, the findings of the University of London’s Adam Hanieh. In “A Single War,” Hanieh describes how US policy is “driven by the recurring theme of its decades-long history in the Middle East: the attempt to deny the people of the Middle East direct control of the region’s resources.” Hanieh shows that since the 1990s the United States has simultaneously taken military action in Iraq and “moved to establish an economic framework throughout the Middle East based upon the free flow of capital and commodities”. These are the principle considerations animating US policy in the region and there is no evidence to suggest that this has changed.

The proliferation of American military bases throughout the Middle East has long been a key aspect of how these priorities are pursued. David Vine of American University points out that since the 1980s “the US military has gradually garrisoned the Greater Middle East” in order to control oil supplies. These bases, Vine writes, have made it easier for the US to launch wars that have “resulted in repeated disasters for the region”.

This process is continuing in Iraq. In June, Army General Martin Dempsey, chair of the Joint Chiefs of Staff, said that the US wants to build at least four more bases in Iraq. These bases, which are called “lily pads,” are smaller than most but can be expanded quickly. What this strategy suggests is that the US’s current campaign in Iraq and Syria is providing the US ruling class with an opportunity to deepen its long-term presence in the Middle East and to provide it with launching points for future attacks, which will have devastating humanitarian consequences for the people of the region.

Bellamy, Evans, and the Global Centre are providing cover for that.

Photo: People walk past a damaged building in the al-Kalasa neighbourhood of the northern Syrian city of Aleppo on 19 July (AFP) Syria War
What will happen to the children of Aleppo and Syria?
Edward Dark 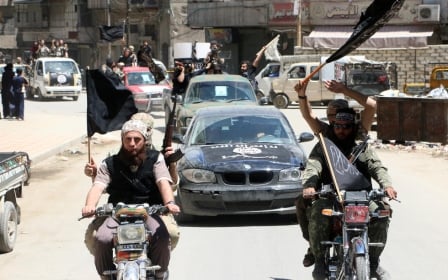