Israel on the fast track for West Bank annexation 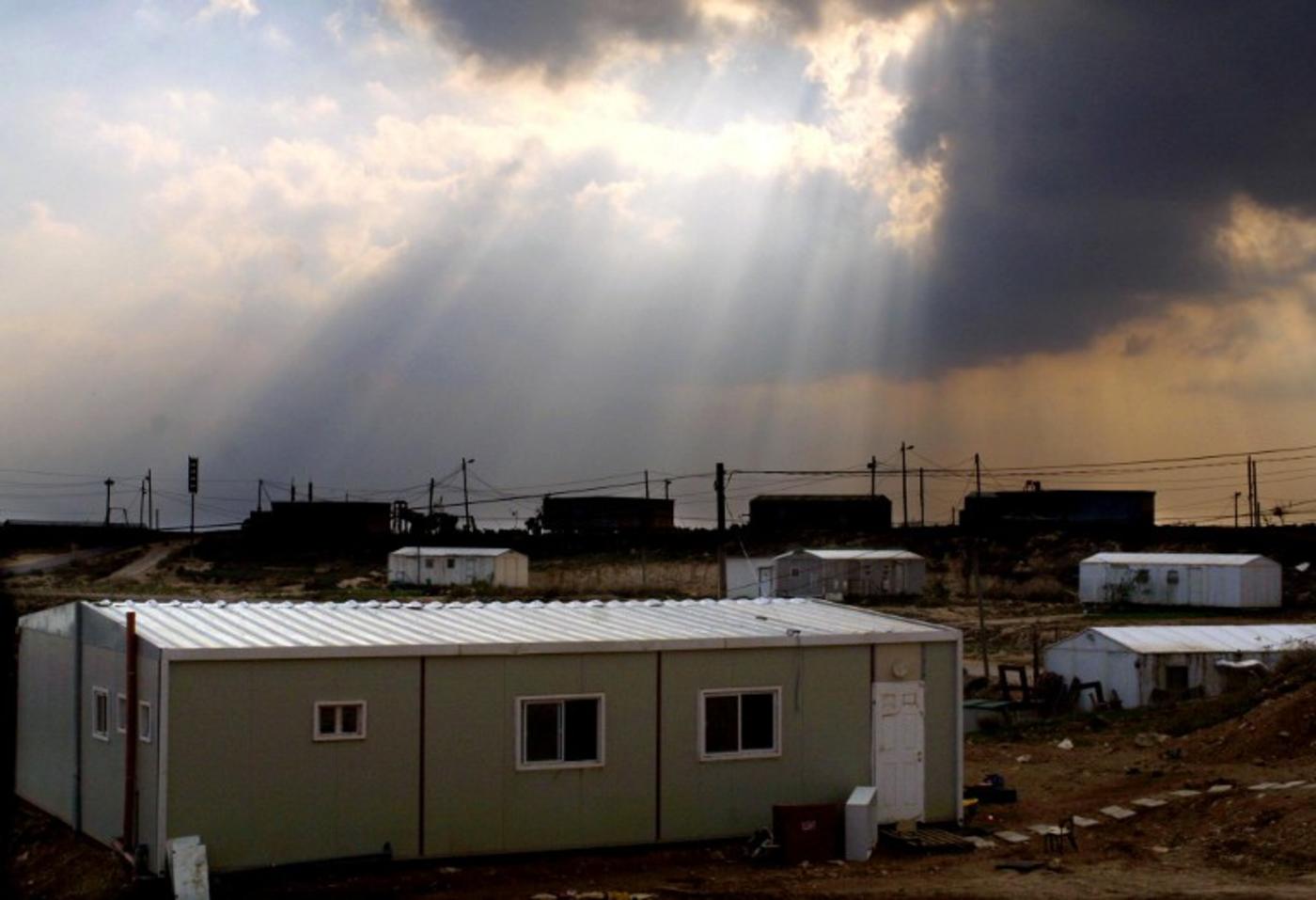 In a telling moment in one the most extensive documentaries on the legal history of Israel's occupation over the Palestinian territories, The Law in These Parts, Meir Shamgar, former president of Israel's Supreme Court, is asked why Israeli courts systematically refrained from dealing with the legality of the settlements.

"I don't know,” answers Shamgar after a long pause of silence.

There is no more apt a person to answer this question than Shamgar. As chief prosecutor of the Israeli army during the occupation of West Bank and Gaza Strip in June 1967, and later as attorney general from 1968 until his nomination to the Supreme Court in 1975, he was one the architects of Israel's legal strategy in the occupied territories.

The cornerstone of this strategy was a refusal to admit that the West Bank and Gaza are "occupied territories" where the Fourth Geneva Convention should be implemented while, at the same time, applying this convention "voluntarily" on the same territory.

READ MORE: Trump's ambassador to Israel: I want an embassy in Jerusalem

In short, the strategy was to act as a military occupying force without formal recognition from the Israeli courts or the international community.

This ambiguity has allowed Israel to put a legal face, at least in its own eyes, on its almost 50-year-long occupation, allowing Palestinians to appeal to its Supreme Court, while simultaneously settling hundreds of thousands of Israelis in the West Bank, a clear violation of article 49 of the Geneva Convention which forbids transfers of civilian population into occupied territories.

The end of ambiguity

The normalisation law, as it is called in most Israeli media (although expropriation law or robbery law would be better names) now discussed in the Israeli parliament may put an end to this ambiguity and pave the way for a full annexation of the West Bank governed by an almost formal apartheid regime.

It’s no wonder that the current attorney general Avichai Mandelblit, aware of the advantages of this longtime ambiguity that was carefully formulated by his predecessor Shamgar, is so opposed to this law. He knows that the very foundations of Israel's mode of occupation are at stake.

This law was originally proposed in order to prevent the evacuation of Amona, an outpost built without official permission on lands privately owned by Palestinians near Ramallah. Israel's Supreme Court ruled more than two years ago that this outpost should be dismantled and its lands returned to its owners. After continuous delays, the deadline set for Amona's eviction is 25 December.

For the most right-wing government in Israel's history, dismantling a fairly large outpost with nearly 40 families (most outposts are rather small) is a hard pill to swallow.

But after the Supreme Court's final ruling, even politicians such as education minister Naftali Bennett, head of the Jewish Home party, understood that it is nearly impossible to prevent this from happening.

So Bennett and his fellow party members, together with many in Prime Minister Benjamin Netanyahu's Likud party, decided to use the Amona crisis for another, more ambitious goal: to change the legal status quo maintained by different Israeli governments from 1967 onwards, a status quo in which the West Bank is governed by its Israeli military commander and decrees, not by the Israeli parliament and its laws.

Every Palestinian feels a daily burden of the martial law in the West Bank, from checkpoints to daily arrests and trials before military courts. For the Israeli citizens living in the same territory, meaning the settlers, it has little significance. They pay their taxes in Israel, they vote for the Israeli parliament and for local councils, and when prosecuted, they appear before civil Israeli courts.

Yet there is one major aspect in which they feel limited: the use of lands. It is true that over the years, Israel found resourceful ways to rob Palestinians of their lands by declaring them state lands based on a forgotten 19th-century Ottoman law. Most settlements were built on these alleged state lands, now totalling 900,000 dunams (a dunam equals 1,000 square metres).

Shamgar and his fellow prosecutors and judges allowed this process to happen by looking the other way. They put only one major constraint in place: the use of private Palestinian lands for the sake of building these settlements was put off limits. Using private land was rightly seen as a clear violation of the Geneva Convention which Israel effectively, if not officially, implemented in the West Bank for so many years.

The normalisation/expropriation law is designed to brake this limitation. If enacted, it will allow the government to expropriate private lands on which thousands of housing units were built in many settlements, not only in Amona.

When faced with the accusation that such a law is tantamount to pure robbery, its initiators defend it, saying that expropriation is a legitimate tool that has been used by all Israeli governments. The fact that this expropriation is done at the expense of Palestinians and for the benefit of Jews only is certainly not new in Israeli history.

Millions of dunams were expropriated from Palestinian owners after the 1948 war inside Israel for the building of hundreds of new Jewish settlements. After annexing East Jerusalem in June 1967, Israel expropriated hundreds of thousands of dunams in order to build new Jewish-only neighbourhoods. The proposed new law will just continue this heritage.

A new chapter in the West Bank?

Emotionally, Netanyahu is certainly close to this heritage. He would like to see the settlements spread as wide as possible. But at the same time he probably understands that by enacting this law, by formally implementing its laws in the West Bank, Israel will effectively renounce its longtime ambiguity towards the legal status of the territories it occupied in 1967.

This law will open the road for full annexation, a move which Israel has consistently avoided both because it fears the international consequences and because it has no appetite for "swallowing" the 2.5 million Palestinians living there. This explains why Attorney General Mandelblit is vehemently opposed to it.

Amona will not be saved by this law. It will probably be dismantled in the coming days after its residents rejected a "compromise" offer which would have had them move to other privately Palestinian-owned lands nearby.

It is unclear whether this eviction will work smoothly. Thousands of extreme-right supporters are expected to try to help Amona residents resist eviction. There is a fair chance that the whole process will turn violent. Such an eventuality may well affect the cohesiveness of Netanyahu's government in which ultra-right elements play an important role.

Yet the bigger question surrounds the fate of the normalisation/expropriation law and whether Israel will decide to relinquish its ambiguous policy. This policy worked so well for Israel for so many years, that it seems unwise to give it now.

But the new right in Israel, inspired by Donald Trump's victory and even the Brexit vote, has lost patience for ambiguity. The nomination of David Friedman, a staunch supporter of the settlement project, as the new American ambassador to Israel may hint that the times of ambiguity are over. Israel may be headed for a totally new chapter in its occupation of the West Bank.

Photo: Caravans in the West Bank settlement of Amona north of Ramallah (AFP)