Ismail Patel
Al-Aqsa mosque is the third most-holiest site in Islam, but Jewish settlers have more rights to access the house of worship then Palestinian Muslims 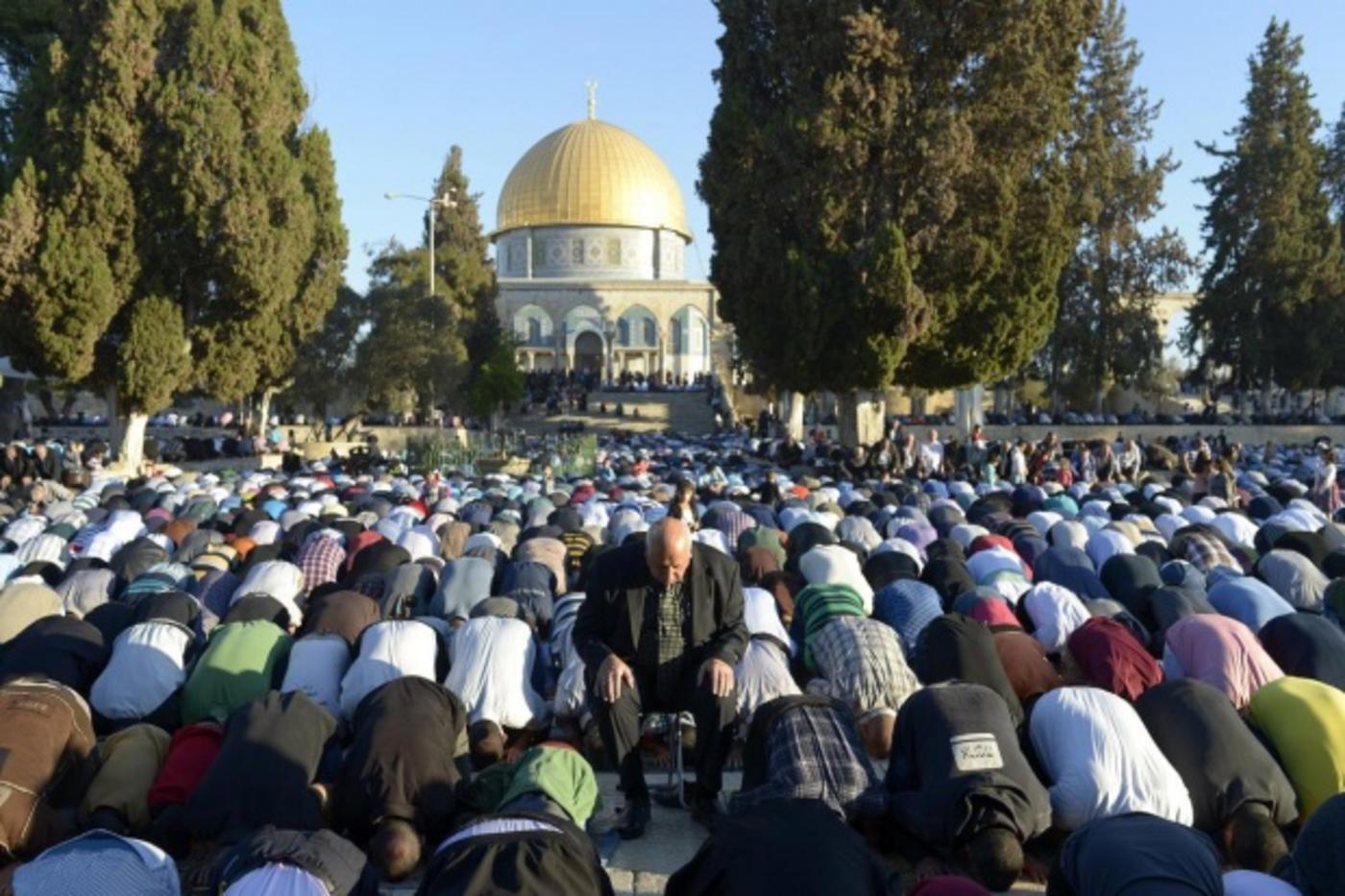 For three weeks, Palestinian Muslims have been denied access to one of the holiest sites in Islam. Al-Aqsa mosque in Jerusalem has become the site of frequent assaults by occupation forces and efforts to breach the complex by Zionist extremists.

Clashes between unarmed protesters and Israeli forces armed with stun grenades, tear gas and rubber coated steel bullets have left dozens of Palestinians wounded, and has resulted in fires that threaten the stability of the 1300 year-old complex.

Intent on destroying the mosque and rebuilding the lost Temple of Solomon, more than a thousand Zionist settlers have entered the area in the past week under the protection of the occupation army, and have been given carte blanche to intimidate and harass Palestinians worshipping at the site.

But concern for this wonder of the ancient world is surprisingly absent. While the threat posed by IS to historical monuments and heritage sites in Iraq and Syria is frequently discussed, few have voiced alarm at the threat extremists pose to one of the Middle East’s most iconic structures, one that the international community is obligated to protect due to its UNESCO world heritage site status.

Also missing is concern regarding freedom of worship for the thousands of Palestinians denied access to one of their most revered houses of worship. No major media outlet has commented on the absurd irony of a Jewish extremist being allowed to worship at a mosque most Muslims are barred from entering. Nor has there been outrage at the violation by settlers of territory considered occupied by international law.

Palestinians have become accustomed to the unsympathetic coverage of most broadcasters and politicians, but it’s the silence of the Muslim world that has hit them hardest. There has been no statement condemning the violations from any of their Arab neighbours, in a region that specialises in statements that never follow through with effective action.

The latest assault on al-Aqsa underscores the lonely position in which the Palestinian people find themselves; left to fend off increasing aggression by themselves with no leadership or ally to call upon. The recent massacre in Gaza was cheered on by Gulf dictatorships and Egypt because it targeted their enemy, Hamas.

Frequent killings of youths in the West Bank barely registers disapproval, with information only getting out because of the efforts of Palestinian activists and their supporters on social media.

With the weight of opposition to the Palestinians and indifference to the fate of al-Aqsa among political leaders and the media is not an option. The last intifada against the occupation started after Israeli leader, Ariel Sharon entered al-Aqsa sanctuary, a deliberate provocation that led to the death of thousands of Palestinians.

The international community is obligated to protect al-Aqsa mosque, not only because of its heritage status, but to prevent the curtailment of religious freedoms for Muslims.

For 1400 years, with the exception of Crusader rule in Palestine, Muslims protected the rights of Christians and Jews in the city to worship freely. Almost five decades of Israeli occupation in the sacred city threatens to end that virtuous tradition.

Using mythical and unfounded claims about the location of the lost Temple of Solomon, successive Israeli governments have risked the integrity of the building by carrying out excavations under its foundations. A policy that would be balked at near other UNESCO sites is tolerated when it is the Israeli government responsible for putting at risk the Islamic world’s heritage.

Palestinians and Muslims across the globe will not tolerate any threat to their sacred sites. Damage to al-Aqsa mosque will further destabilise a region already going through a significant upheaval. If the international community acts now, it can stop another potential deadly act of violence.

Ismail Patel is chair of Friends of Al-Aqsa; his twitter handle is @ismailAdamPatel