It just ain’t cricket: How Israel ‘transfers’ land from Palestinians to settlers

Kamel Hawwash
Israel certainly knows the concept of fair play, but that is far from evident in the numerous nefarious ways it obtains land from Palestinians 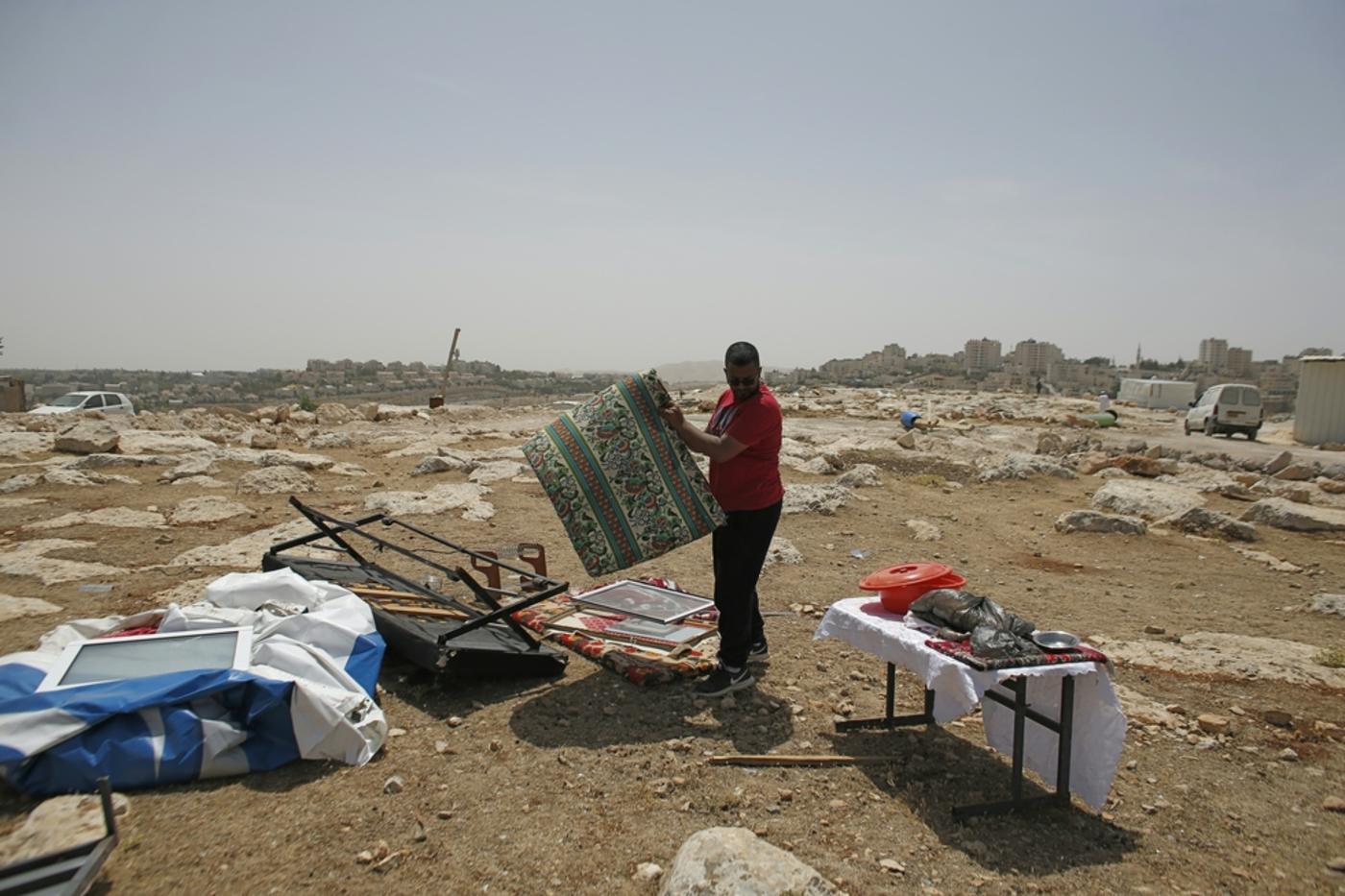 The cricket season is in full swing in England and this was possibly playing on my mind when I read this headline in Haaretz: “Israel seized Palestinian family's East Jerusalem land behind Its back, gave it to settler NGO.”

My immediate reaction was this is simply not cricket, a British term used to describe an act that is unfair, not honest, or immoral. Israel should know all about this as it has a cricket team and one that is a member of the European Cricket Council. In fact, Israel expropriated the land from the Abu Ta’ah family in East Jerusalem without a tender and against the rules, then handed it over to Amana, an organisation that works to establish settlements and outposts for Jews.

A double whammy! Not only was the land taken from the family, it was given to an organisation that exists to take over as much Palestinian land as possible through any means, especially in occupied East Jerusalem, but worse was that - it will use it to establish its headquarters in the heart of Palestinian East Jerusalem.

Amana was formed as an offshoot of the messianic Zionist movement Gush Emunim and is run by Ze'ev Hever, a convicted terrorist. It has a long and chequered history of fabricating documents to take Palestinian land and property under the pretence that it once belonged to Jews or that it had been bought legally from previous owners. It was formed in 1976 with the goal of "establishing communities" only for Jews in the occupied territories.

An investigation into its subsidiary Al-Watan (Arabic name for homeland), a company run by Hever, revealed that 14 out of 15 supposed real estate acquisitions it made were forged. That isn’t cricket.

Elad is another group that works to take over Palestinian property and land in East Jerusalem and settle it with Jews. It received $115 million in donations between 2006 and 2013, which, according to a Haaretz investigation, came mostly from companies registered in global tax shelters such as the Bahamas, the Virgin Islands and the Seychelles, and it is unclear who controls them.

Another group that benefits from these donations is Ateret Cohanim, an Israeli Jewish organisation which works for the creation of a Jewish majority in the Old City and Arab neighbourhoods in East Jerusalem.

Two of its main funders are American Jewish businessman Irving Moskowitz and his wife Cherna Moskowitz. In around 2000, Ateret Cohanim and Elad began to acquire land in Palestinian neighbourhoods of East Jerusalem outside the Old City and particularly around what they call the "City of David" area, which is part of the Palestinian neighbourhood of Silwan. Stories abound of Palestinian families in Silwan waking up to find Jewish settlers, protected by Israeli security forces, moving into homes in Silwan.

The methods used to take over land or property belonging to, or rented for decades by, Palestinians are many. One is to claim that Jews owned them prior to the establishment of the state of Israel and that they should revert to the state. The Palestinian families are evicted and the property turned over to settler organisations that move Jewish settlers into them, despite the settlers not being descendants of the supposed original Jewish owners. Appeals to the Israeli courts usually fail to reverse the takeover, and the "transfer" stands.

Palestinians not only see this as a deliberate policy to replace them with Jews with no connection to the properties, but as a form of incitement. That isn’t cricket.

Another hotspot and focus for settler takeover of Palestinian homes is the Palestinian city of Alkhalil (Hebron). Ever since the first settlement was created there shortly after the Six Day War, and the planting of settlers in the centre of the city, settler groups and organisations have been working to occupy buildings to gently change the "demographics" in its centre.

An example of this was the takeover by dozens of settlers of parts of a Palestinian property on the sensitive Shuhada street, which they claimed they had bought legally. Protected by the Israeli army, the settlers are known to terrorise the local population of 200,000 inhabitants in order to push as many of them as possible to leave. Israel has also divided the Ibrahimi mosque, which it claims as the Cave of the Patriarch, against the will of the almost wholly Muslim population of the city. That isn’t cricket.

The practice of enticing Palestinians with substantial amounts of money to sell their properties to settler organisations is well established, and where the direct approach fails attempts to achieve this through devious and backhanded means are well known to Palestinians. This normally involves using Palestinians as front men to a sale to gain trust, but in reality the sale was always to settler organisations or individuals. Palestinians deal harshly with those who sell their property to settlers and, when found, the rogues who facilitate these shady deals are also targeted.

Another means of taking over Palestinian property and transferring it to Jewish settlers is the use of what is called the absentee property law. This framework allows Israel to confiscate Palestinian property where the owners left or were forced to flee as a result of the establishment of the state of Israel and were not able to (that is not allowed) to return.

Initially, Israel had not applied this to East Jerusalem, but this changed in 2015 when the Supreme Court ruled that it could be applied to East Jerusalem, thus making it "legal" for homes to be taken and essentially handed over to settlers by the state. This is in defiance of international law, which is clear that East Jerusalem is illegally occupied.

Estimates of how much of Israel’s territory is confiscated under the absentee law is uncertain. However, the Independent’s Robert Fisk reported that when he interviewed the Israeli Custodian of Absentee Property, he estimated this to be up to 70 percent of the territory of Israel, the West Bank and the Gaza Strip.

What the above demonstrates is that Israel as a state and those organisations set up to increase the population of Jews living in the occupied Palestinian territories together use a combination of laws, forgeries, deceptions and outright brute force to take over Palestinian property to increase the presence of Jews, especially in East Jerusalem and Hebron.

The case of the Abu Ta’ah land in Sheikh Jarrah takes this a step further. The state itself was alleged to have used every trick in the book to complete this transfer, which the Palestinians see as blatant fabrication and theft.

As the French work to convene an international peace conference to restart another round of futile talks between Palestinians and Israelis, there will be talk of confidence- and trust-building measures to create an atmosphere that helps both sides make the "necessary concessions". Israel could start with ending its determined effort to replace Palestinians with settlers, suspend the absentee property law, and return the Abu Ta’ah land to its rightful owners. That would be cricket.

- Kamel Hawwash is a British/Palestinian engineering professor based at the University of Birmingham and a long-standing campaigner for justice, especially for the Palestinian people. He is vice chair of the Palestine Solidarity Campaign (PSC) and appears regularly in the media as commentator on Middle East issues. He runs a blog at www.kamelhawwash.com. He writes here in a personal capacity.

Photo: A Palestinian Bedouin man collects his belongings after Israeli forces dismantled a number of prefab houses, built with a donation from the European Union, in the occupied West Bank town of al-Azariya, on 16 May, 2016 (AFP). 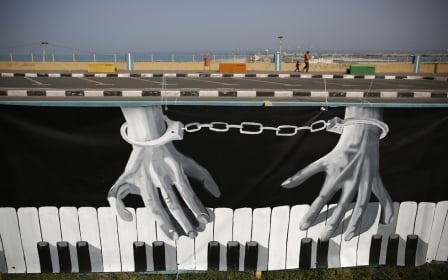 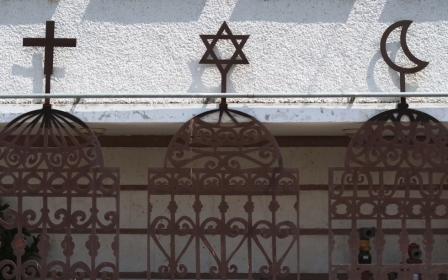 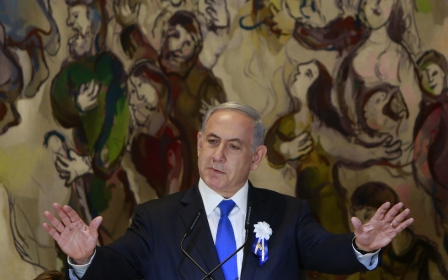