Basheer Nafi
The 45th US president grows weaker by the day, a trend unlikely to be reversed. Anyone who puts their trust in him is playing a losing card 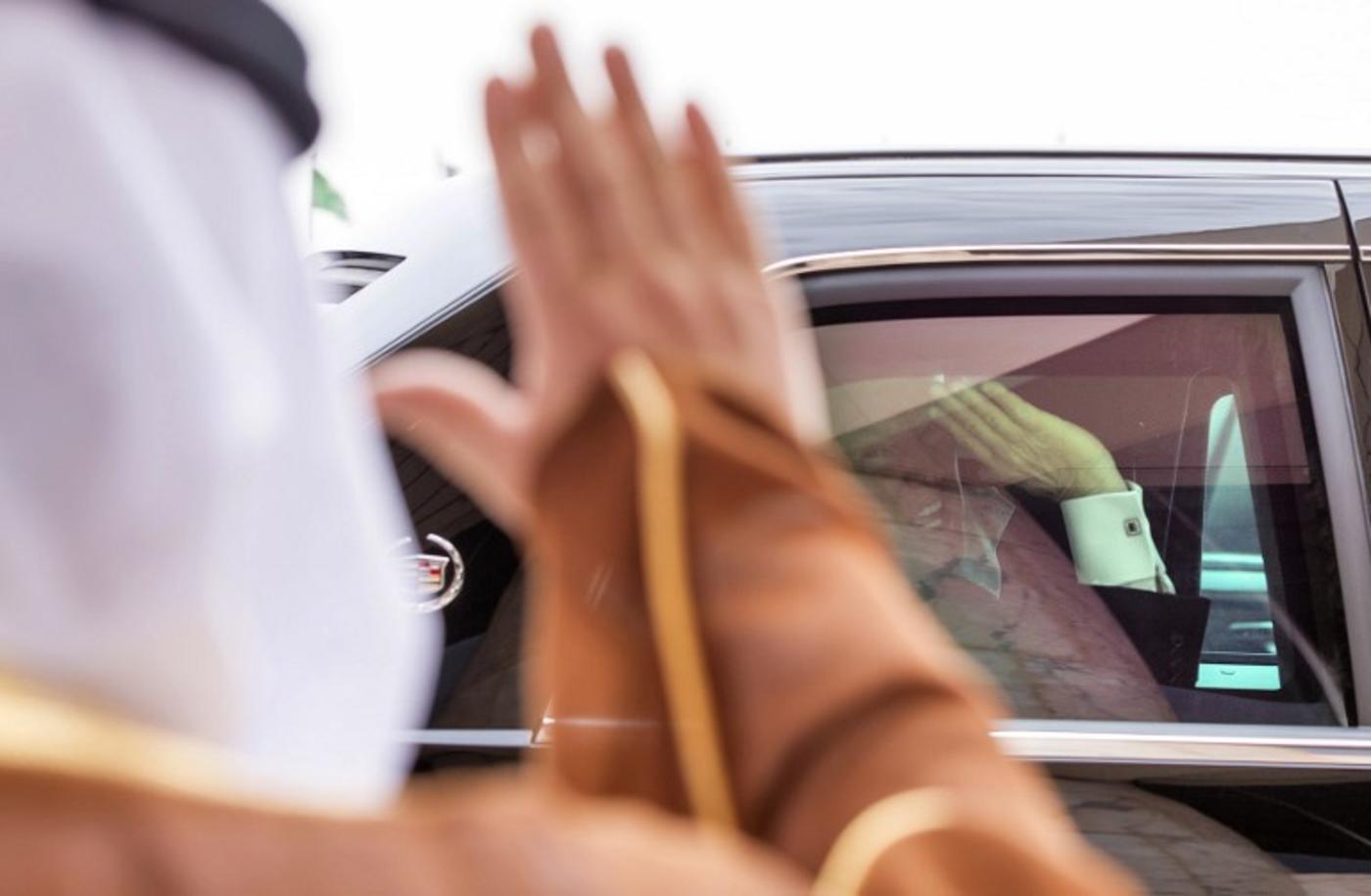 With significant majorities, Congress approved new sanctions against Russia, Iran and North Korea at the end of July. Unable to veto the bill, Trump reluctantly endorsed the sanctions on 2 August.

Typically, presidents sign important legislation surrounded by senior officials in highly publicised ceremonies with lots of media attention, but this didn’t happen for this bill.

This is not a president in good shape, and despite the difficulty of speculating about his fate, it is certain that his domestic position continues to weaken

There was no ceremony, no witnesses, no media. The president, forced to sign, signed, but could not conceal his resentment or humiliation in his subsequent statements.

It wasn’t the sanctions imposed on Iran or North Korea that troubled Trump. His administration has been hostile towards Iran from the get go, casting serious doubts over the nuclear deal made by the Obama administration.

Trump also finds himself facing a Korean crisis without a clear strategy to deal with it. So imposing these sanctions may even provide Trump with an opportunity to claim that he is indeed doing something useful for the situation.

Trump’s problem lies in the sanctions imposed on Russia. The concern for Trump is not simply that the sanctions contravene the declared policy of his administration and its pledges to improve relations and bolster cooperation between Washington and Moscow, but also that Congress has used the pretext of Russia’s intervention in the US presidential elections to pass them.

Given the claims that Trump benefitted from Russia’s intervention and the various ongoing investigations into whether his campaign illegally communicated with the Russians in connection to the election, signing the sanctions into law was hugely humiliating for the president just over 200 days into office.

How can Trump insist on Russian innocence and claim that his victory was well-deserved while endorsing sanctions imposed on Russia for the intervention that delivered him the presidency?

How can Trump insist on Russian innocence and claim that his electoral victory was well-deserved while at the same time endorsing sanctions imposed in connection with the Russian intervention that critics claim delivered him the presidency?

Yet, there is something more important than this. This is one of those rare moments since World War II and the birth of the national security state when Congress has resolved to decide on an important foreign policy matter in isolation from the president and his administration.

In US constitutional traditions, the president enjoys what amounts to exclusive powers to manage foreign policy. He can make major decisions without going back to Congress, including embarking on a major military operation so long as he does not resort to a declaration of war.

The Baker Hamilton Committee - better known as the Iraq Study Group, a bipartisan panel formed in 2006 to investigate the Middle East wars of George W Bush's administration - may have been the last time Congress tried to intervene effectively in the affairs of foreign policy.

But that committee, whose members unanonymously agreed that the US should pull troops out of Iraq by 2008, did little more than suggest a set of recommendations. And Bush's eventual drawing down of troops that year, just months before the end of his second term, was a result of the neccessity to search for an exit, not the committee's efforts.

This time around, the sanctions against Russia were imposed despite the fact that Congress knew that the president didn't want them. They were endorsed in a law that won the support of the majority of votes in both chambers - as if Congress was saying that it was intervening in foreign policy with particular determination and that the president had no option but to endorse the sanctions law.

This is what Trump could not conceal when he lamented explicitly that Congress had given itself the right to intervene in an area that is, in essence, one of the president's prerogatives.

US agencies and circles concur that a certain authority - or authorities - in Russia intervened somehow in the US presidential elections. But no one is able, yet, to say why the Russians intervened. Did they want to Trump to succeed and Clinton to fail, considering Moscow's anxieties over the policies Clinton was likely to pursue after her relations with the Russian presidency soured while she served as secretary of state?

Or did they intervene because they simply wanted to create a climate of uncertainty and lack of confidence in American democracy? Were the leaders of Trump's election campaign aware of the intervention efforts and did they encourage them? And did the intervention actually affect the election or not?

There are no clear answers to these questions. The various investigations underway - including those run by commitees from both the House and the Senate and the Justice Department - will have to provide the answers. What is certain, however, is that Trump cannot escape from the suspicions cast by this case and he will continue to be haunted by them for quite some time.

The case has already brought down Michael Flyyn, Trump's first national security adviser. Nationalist circles around the president are now pushing for the dismissal of General HR McMaster, who took charge of the National Security Council after Flynn’s resignation in February. After showering praise on FBI Director James Comey during the early days of his presidency, Trump soon took the public by surprise when he sacked Comey from his job in May.

However, anxiety about the case of Russian intervention is not the only thing that is burdening Trump’s presidency.

Early on, during his first few weeks inside the White House, Trump gave the impression that he suffered from a lack of expertise. He had never held office before, so he could argue that he was learning the ropes. But now, more than half a year into his presidency, his problem seems to be much bigger than just a lack of expertise. His use of vulgar language and his blatant and compulsive lying is not fitting for a president.

In addition to the signs that those around him are unable to control his obssession with himself, there are indications that the president makes decisions without contemplation, consultation or sufficient calculation. Over just 10 days in July, the White House communications director, Sean Spicer, resigned, Trump sacked Reince Priebus, White House chief of staff, and then sacked Spicer's successor, Anthony Scaramucci, following an infamous media interview.

In addition to the president’s incorrect assessment of the role he thought China would play in the North Korean crisis, and the obvious disagreement between the president and his administration’s senior officials over the language that should be used to deal with the Gulf-Qatar crisis, it seems that Trump concluded a deal with the Saudis and the Emiratis over Qatar without the knowledge of his secretaries of defence and state or the director of the National Security Council.

This is not a president in good shape, and despite the difficulty of speculating about his fate, it is certain that his domestic position continues to weaken. It would be naive for some Arabs, and some Palestinians, to count on a president like this one.

Photo: A handout picture provided by the Saudi Royal Palace on 20 May 2017 shows US President Donald Trump waving from inside his car upon arrival at King Khalid International Airport (AFP) 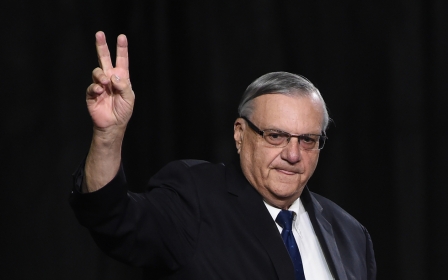