Jamal al-Harith, Daily Mail and Blair: A carnival of fake outrage and hypocrisy 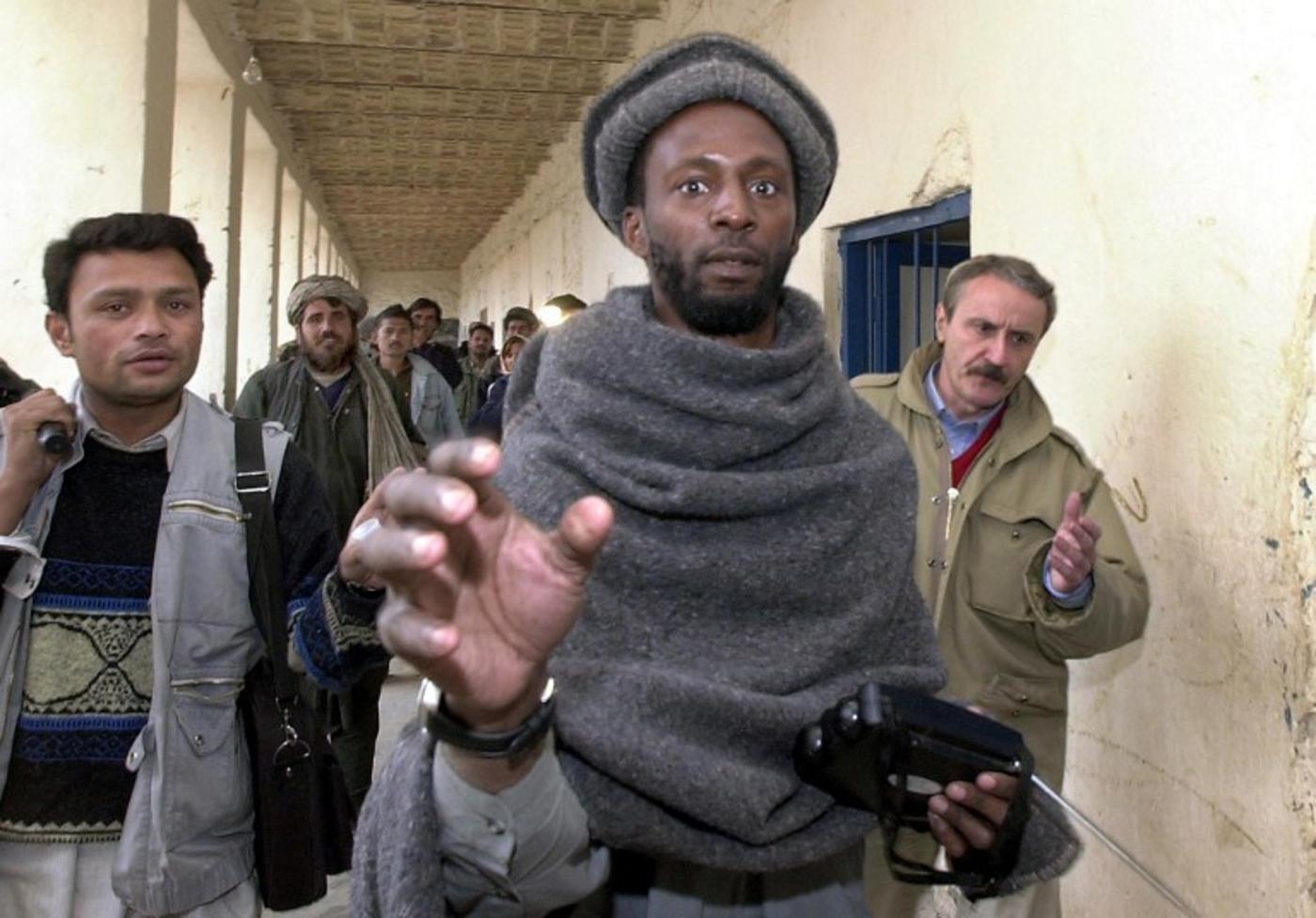 A British-born Guantanamo Bay prisoner turned suicide bomber has whipped up fear and loathing in a furious row involving prominent British politicians of both the country’s main parties, top judges, and the media.

The Islamic State (IS) group, or "so-called IS", as BBC journalists insist on calling it, may be delighted, if puzzled, over the extent to which their enemies squabble among each other, albeit with words rather than weapons. What a propaganda success.

Ronald Fiddler was born in Manchester in 1966, converted to Islam in his late 20s, and changed his name to Jamal al-Harith. His is an extraordinary story.

In 2001, Harith travelled to Pakistan, reportedly for a backpacking trip. He paid a truck driver to take him to Iran. At the Afghan border, Taliban guards saw his British passport and arrested him on suspicion of being a British spy. According to some accounts, early in 2002, US troops discovered Harith in a Taliban jail in Kandahar and released him.

The Red Cross was in the process of making arrangements for his return to Britain when US special forces became suspicious about the purpose of his travels. Some reports say that when the Taliban fled Afghanistan, the Red Cross advised Harith and four other foreign prisoners to remain at the jail, where they were fed and well-treated, until they could be repatriated.

However, the men were discovered by a journalist from the London Times newspaper who alerted British diplomats in Kabul. Instead of being flown home, Harith was detained by US special forces and taken to a prison camp where he was beaten, stripped naked, and interrogated.

He was then flown to America’s military base on Cuba because, according to his Guantanamo Bay file, "he was expected to have knowledge of Taliban treatment of prisoners and interrogation tactics". Harith said that over the next two years he was kicked, punched, slapped, shackled in painful positions, subjected to extreme temperatures, deprived of sleep, water and food. On one occasion, he said, he was chained and severely beaten for refusing an injection. He estimated that he was interrogated around 80 times, sometimes by British officials.

Moazzam Begg: British IS bomber's actions not explained by time in Guantanamo

In September 2002, Michael Dunlavey, Guantanamo commandant at that time, recommended that Harith be released "on the assessment that the detainee was not affiliated with al-Qaida or a Taliban leader", according to his file. It was later claimed that Harith had been involved in a "terrorist attack against the US", although he was never questioned about that. British officials who had seen him in Kandahar reported to have found him "cocky and evasive".

'I had done nothing wrong'

Harith was released in March 2004. In a statement nine months later, he said he was still in pain. "The irony is that when I was first told in Afghanistan that I would be in the custody of the Americans, I was relieved at that point as I thought that I would then be properly dealt with and returned home without much delay. I knew that I had done nothing wrong.”

In 2014, Harith left Britain to join IS and took the nom de guerre, Abu Zakariya al-Britani. On Monday, he was claimed by IS to have carried out a suicide attack on Iraqi-led forces near Mosul. At the time of writing, that claim has not been independently verified.

But it did not take long before the storm broke, a storm that reveals the state of debate in a Britain where opinion is polarised and arguments distorted, even more than they normally are by the outcome of the hugely divisive EU referendum last June.

The (fiercely pro-Brexit) Daily Mail accused the (fiercely pro-European) former Labour prime minister, Tony Blair, and his government of “intense lobbying” for Harith’s release from Guantanamo Bay and of giving him £1m in compensation. (The paper later published a correction saying the decision to pay compensation was made not by Blair, but by the Coalition Government in 2010)

Blair hit back accusing the Daily Mail of “utter hypocrisy”, pointing out that Harith’s release “followed a massive media and parliamentary campaign, led by the Daily Mail, the very paper that is now supposedly so outraged at his release, and strongly supported by the then Conservative opposition”.

He added that the Mail headline shortly after Harith and others were released was, “Freedom at last for Guantanamo Britons”, over an article quoting with approval various human rights activists saying, “George Bush called them 'bad guys' but clearly by what’s happened they’re not bad guys, they are entirely innocent”.

A spokesman for the newspaper added that the decision to pay compensation was made “to avoid an embarrassing court battle which would have revealed the Blair government’s complicity in rendition and torture”. This strikes at the heart of the matter.

What we will never know

The Blair government, and in particular, Jack Straw, then foreign secretary, approved of the US secretly rendering – abducting – British citizens and residents to Guantánamo Bay. On BBC Radio 4’s World at One programme on Wednesday, Straw said the problem was there was “no process” whereby the guilt or innocence of the prisoners could be established. “So we were in a bind,” he said, adding: “You can’t keep people locked up for ever on the basis of suspicion.”

Precisely. But Straw did not leave it at that. He went on to criticise the most senior British judges – then the law lords, now members of the supreme court – for “undermining” the government’s “ability to keep them locked up without trial”. This is exactly what Straw is blaming the US for doing.

It was left to Baroness Pauline Neville-Jones, a former Conservative security minister, to hit nails on the head. It did not follow that because Harith was in Kandahar, there was a prima facie case he was a “bad hat”, as she put it. She added: “We can’t know of course where the extent of radicalisation took place.”

And she continued: “I don’t suppose Guantanamo Bay was somewhere where people’s antagonism towards Western society was in any way appeased. I can imagine there may have been developments there.”

Very well put. The British government allowed the US to take prisoners to Guantanamo Bay because it did not want to take any responsibility itself. Only when human rights lawyers, a few MPs, and journalists applied increasing pressure on the government, did ministers respond and, in turn, press the US for the prisoners’ release.

The prisoners were paid compensation – though Harith’s family denies he was given £1m, as widely reported – in out-of-court settlements solely in order to prevent embarrassing evidence, notably the extent of their collusion with the CIA, from being disclosed. The civil case where the prisoners were suing British government agencies, including MI5 and MI6, was dropped.

The government could have prosecuted the prisoners to establish their guilt or innocence in a criminal trial. That, after all, is how serious terrorist cases have proceeded in Britain, before a jury, and with genuinely sensitive evidence being heard behind closed doors.

After the row over compensation for the Guantanamo prisoners, the government introduced a new statute, the “Justice and Security Act”, allowing any evidence in future cases involving allegations against Britain’s security and intelligence agencies to be heard entirely in secret – whether to protect national security, or to hide wrongdoing, or merely to shield them from embarrassment, we will probably never know.

- Richard Norton-Taylor is a former security and defence editor at the Guardian. His books include In Defence of the Realm? The case for Accountable Security and Intelligence Services, Truth is A Difficult Concept: Inside the Scott Inquiry. He has written a number of award-winning plays, including Half the Picture, The Colour of Justice, Justifying War, Bloody Sunday, which won an Olivier theatre award, Called to Account, and Chilcot. He is on the board of Liberty, the National Council for Civil Liberties. He has twice won Freedom of Information Campaign awards.