Jordan's message to the world: Don't cut our aid

Mohammad Ayesh
As protests grip the kingdom, Amman wants neighbouring states and the US to realise that maintaining stability requires continued support 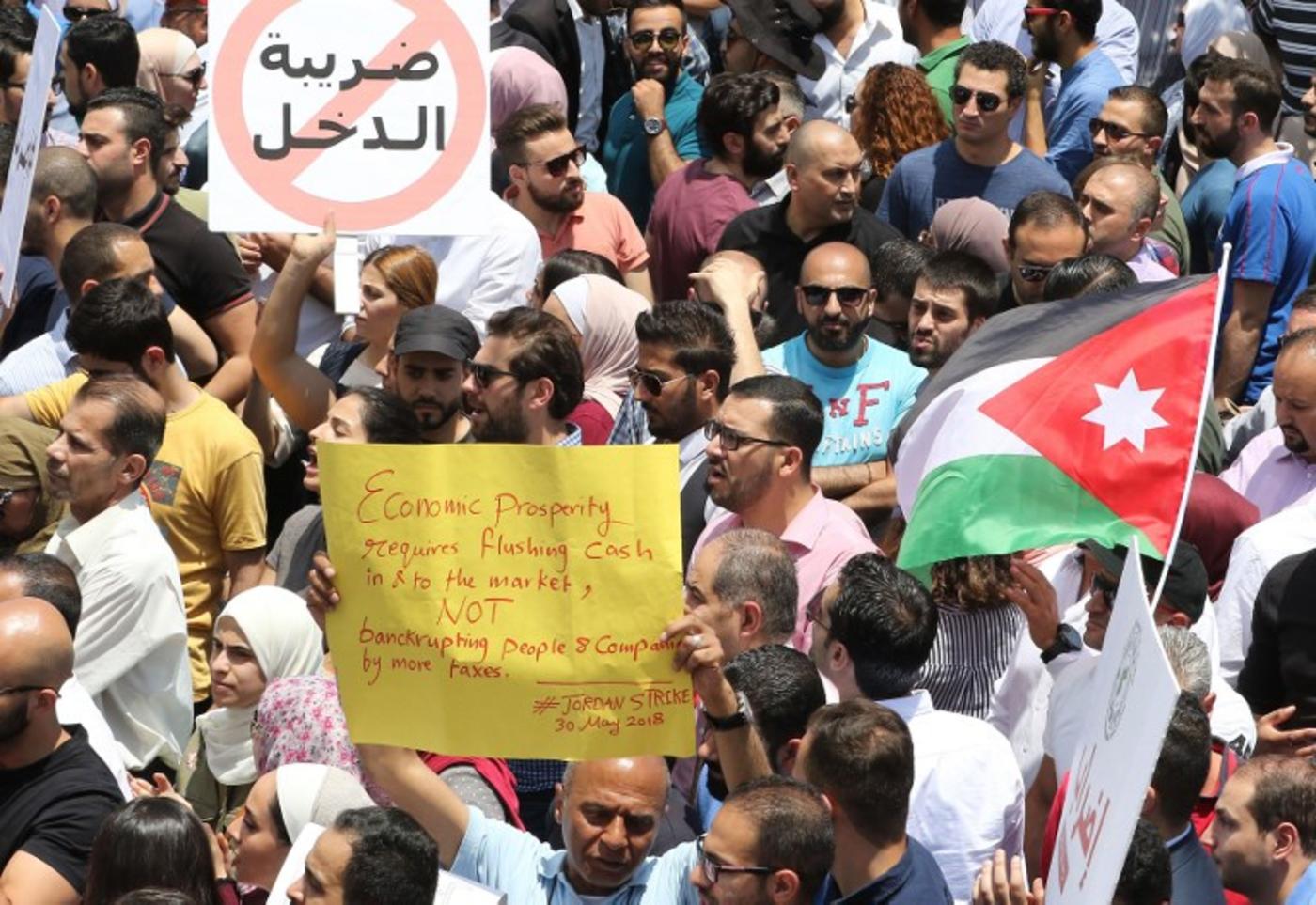 Jordanians took to the streets this week in one of the country's largest protests in recent years.

Many public and private institutions were almost empty as Jordanians demonstrated against a proposed law that would impose a new income tax, at a time when they are already struggling with rising prices and steady increases in indirect taxes.

Further fuelling Jordanians' anger was a decreed 5.5 percent rise in fuel prices, which would cause an immediate rise in the costs of public transportation, electricity and food. After large demonstrations outside the prime minister’s office, an area where protests are usually prevented due to the high sensitivity, the king had no choice but to issue an urgent decision on Friday to freeze the price hike.

While the government declared its commitment to King Abdullah's decision, it noted that the failure to raise fuel prices would result in the state treasury incurring a bill of 16 million Jordanian dinars ($22.5mn) for June, making the price hike inevitable in the coming months.

There is no question that Jordan is witnessing social turmoil because of a stifling economic crisis, which could quickly morph into a political crisis. If protests continue, the king may find himself compelled to respond to the people's demands to dismiss the government, which is accused of corruption, raising prices and adopting policies that harm lower- and middle-class citizens.

It is worth mentioning that Jordan's security services did not try to suppress or confront this week's protests, indicating tacit support. The Jordanian regime and its security services clearly want to ease the popular tensions resulting from poor economic conditions, high prices and low salaries by allowing organised protests supervised by trade unions - rather than uncontrolled protests that pose a greater danger, such as the demonstrations in the south in 1989 and 1996, which forced the king to usher in swift reforms.

Even more important than easing the tensions, however, is Jordan's desire to send a message to international actors - chiefly the US, Saudi Arabia and the UAE, traditional supporters of the kingdom who have reduced that support in recent years.

The message is that maintaining stability in the kingdom requires continued support and assistance, rather than abandoning Jordan in its current economic crisis. Certainly, Saudi Arabia cannot tolerate any tensions on its borders; it has never accepted protests in Bahrain, and it will not accept them in Jordan. Calming these protests requires the necessary financial and oil support.

A five-year aid package from GCC states to Jordan, worth some $3.6bn, ended in January 2017, but no further assistance was offered, which is one of the main causes of the current economic crisis.

In addition, US aid to Jordan, $1.3bn per year, which accounts for around 10 percent of the country's general budget, is at risk of being halted or reduced under US President Donald Trump, who came to power under the mantra of business-minded politics. This threat increased after Jordan's opposition to the US embassy transfer to Jerusalem. Although Jordan received reassurances about US aid from former secretary of state Rex Tillerson, he has since been dismissed from his post.

The reduction of aid received by UNRWA, the UN agency for Palestinian refugees, especially from the US, is also among the causes of the economic crisis. More than two million Palestinian refugees live in Jordan, a fifth of the country’s population. There are 10 Palestinian refugee camps in Jordan, which receive a significant amount of funding and services from UNRWA, whose financial crisis has thus increased the burden on Jordan’s economy.

The Syrian refugee crisis has also placed a major burden on the Jordanian economy and constitutes a source of great concern for authorities. Jordan gives shelter to 656,000 Syrians who have fled the war. Jordanian officials estimate that the government has spent $10bn to cope with the influx.

All of these factors suggest that the economic and political situation in Jordan has reached its climax. The government has few options, and the current scarcity of foreign aid is unprecedented. At the same time, Jordan is being forced to meet the International Monetary Fund’s requirements for further economic reforms and privatisation, causing citizens to bear an additional fiscal burden.

The new wave of protests could be an important catalyst for both the US and neighbouring states to provide more aid to Jordan to help stabilise the country.

Photo: Thousands of Jordanians take to the streets of Amman on 30 May 2018 to protest against a new income tax draft law (AFP) 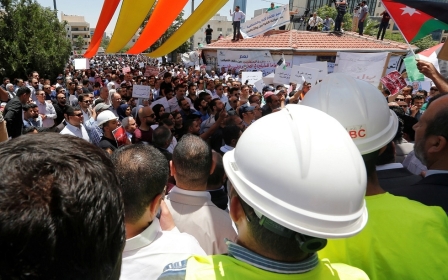