Justice for Khashoggi will send a strong message to Arab rulers

Maha Azzam
Justice must be sought in Khashoggi’s case to send a clear message not only to regional rulers, but also to the peoples of the region that they are not alone 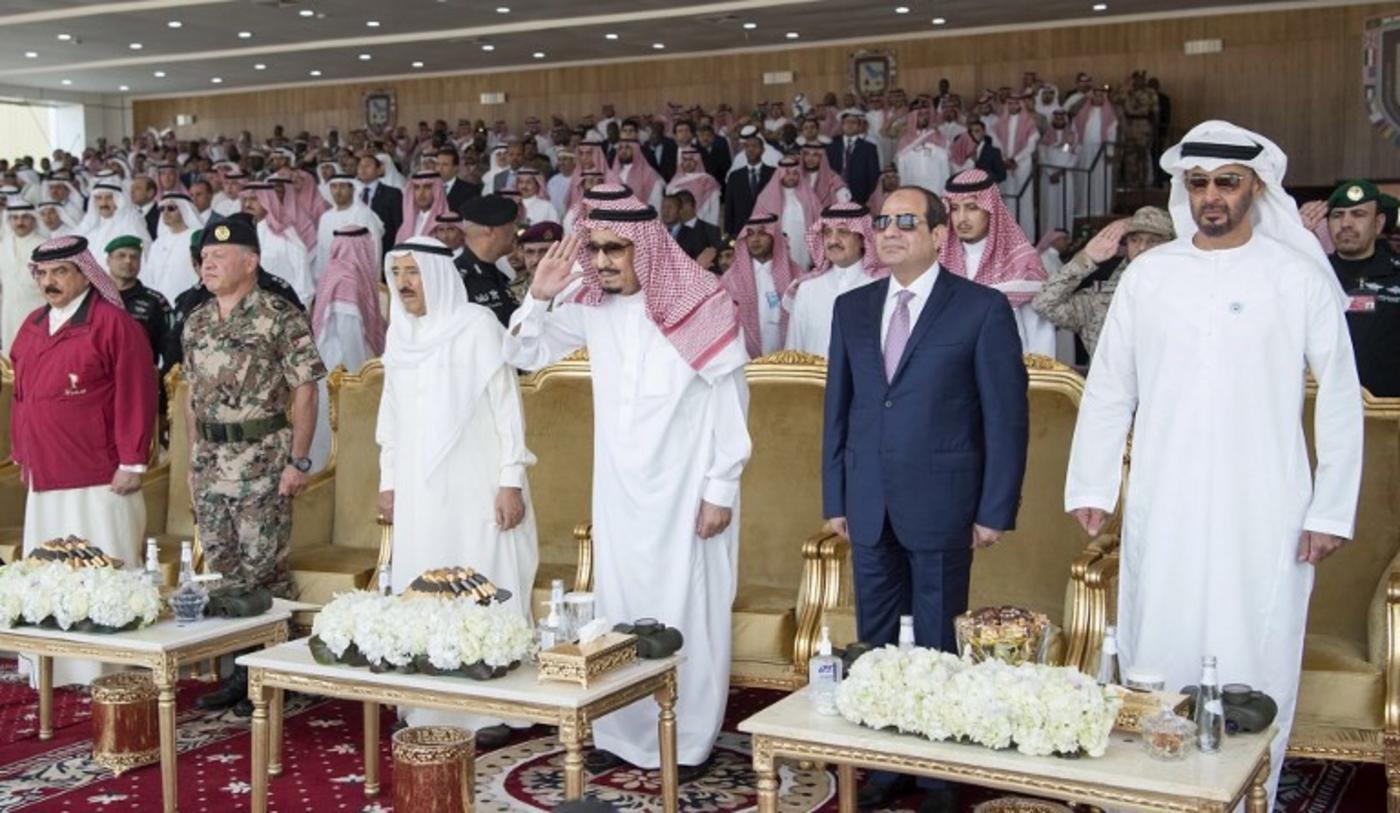 Jamal Khashoggi’s murder has highlighted to the international community the danger faced by all those who dare speak truth to power in the Arab world.

His killing echoes what has happened in varying degrees to opposition voices in the Arab world throughout the 20th century, and which continues today - from arbitrary detention, to torture, rape and execution.

The despair felt by so many who want to speak out against their lack of freedoms or corruption, or who dare question any aspect of authority, stems from the knowledge that their fate is uncertain and their life is at risk if they speak out.

The barbarity of Khashoggi’s killing recalls the worst excesses of tyrants of the region, from Saddam Hussein to Muammar Gaddafi, who systematically dealt with opponents in a brutal fashion.

After the 2013 Egyptian coup, then General Abdel Fattah al-Sisi ordered the killing of demonstrators in successive peaceful protests, culminating in the Rabaa massacre, described as the worst massacre in the modern history of Egypt. The subsequent killing of Cambridge student Giulio Regeni, in which Egyptian security forces are suspected of involvement, has not been properly investigated.

The Arab Spring unleashed fear among the region’s dictatorial regimes; they feared that the call for rights and freedoms would mean the end of their monopolies on power and wealth

The slew of forced disappearances and extrajudicial killings by Arab regimes over the decades has been part of a systematic policy to silence critics. This wave of repression peaked in Syria, where an estimated half-million Syrians have died as a result of the war caused by the Baathist leader Bashar al-Assad’s clinging to power.

The Arab Spring unleashed fear among the region’s dictatorial regimes; they feared that the call for rights and freedoms would mean the end of their monopolies on power and wealth. Yet, despite the setbacks of the Arab Spring and the fierce battles by these regimes against their citizens to consolidate power and ensure full control of all aspects of state and society, the rulers remain terrified.

They have crushed all semblance of freedom and civil society, with any voice of discontent perceived as an existential threat. The result, however, is that the old Arab order is becoming increasingly fearful for its own survival, as it has been unable to reform or deliver for the majority of citizens. It falls back on instilling even more fear into its societies to maintain absolute control and deny any level of criticism.

In pursuing this policy for survival, Arab dictators have unfortunately found willing support and sustenance from Western governments, particularly from US President Donald Trump, but equally from Europe, where Sisi - whose security forces systematically torture dissidents - is regularly welcomed by German Chancellor Angela Merkel. On returning to Cairo from a recent visit to Germany, he felt empowered to order sweeping arrests of human rights activists.

Most Western governments attempt to circumvent the obvious contradiction between Western values and their continued support of tyrannical regimes as “business as usual”, often falling back on arguments reiterated by Western politicians, such as “governments deal with governments” or “we must not lose opportunities for jobs at home”.

One of the reasons they can do so is that the barbarities of Arab regimes rarely make the headlines - and when they do, the facts are obfuscated to create moral ambivalence, with arguments related to the “fight against terrorism” or “security concerns”. The Khashoggi murder, however, has brought this contradiction to the forefront.

In the meantime, the growing voices of dissidents outside their homelands, from Egypt to Saudi Arabia, have become more vociferous. This is crucial, because as repression increases domestically in Arab states, dissidents in exile become ever more important as a source of information on the repression in their home countries, and as a bridge to the outside world.

It is critical that all efforts be made to stop domestic repression, but also to ensure that external voices are not silenced through the export of methods used inside the Arab world. Such tactics pose a danger not only to the dissidents themselves, but also to the domestic security of Western countries.

Western policymakers and diplomats often say they want to listen to all sides, but Arab regimes are increasingly dominating the discourse, spending vast sums on lobbyists to increase their influence. Democratic states should not succumb to such pressure because of “economic interests”.

As for autocratic Arab regimes, they will view Khashoggi’s killing as having been badly handled; they will not reassess their positions on the basis of principles. Survival for them means not allowing criticism to snowball, nor allowing a growing number of their own citizens to demand freedoms of expression or assembly. They know that political reform would open the floodgates to deeper change, so long denied to the peoples of the region.

Clearly, Khashoggi’s killing has resonated in a way that the murder of other brave dissidents has not - possibly in part because he was an English-speaking journalist, and certainly because of the gruesome nature of his murder in a third country. The key here is to use this to effect change by galvanising public opinion in the West to hold governments accountable and cease their support for murderous psychopaths abroad.

Justice must be sought in Khashoggi’s case to send a clear message not only to regional rulers, but also to the peoples of the region that they are not alone, and that democratic principles and international law also apply to the citizens of Arab states who dare speak out.

Strong words and condemnation are not enough; they need to be turned into action. There must be an international investigation into Khashoggi’s killing.

The US needs to enforce Magnitsky Act on the Saudi officials who carried out and sanctioned this barbaric act, while the international community should insist that those who ordered and sanctioned the hit are prosecuted should they ever travel to the US, Canada or Europe.

Arab despots will continue to repress their citizens. While it is primarily up to the peoples of the region to change their political order, it is also incumbent on those who believe in democracy and human rights not to succumb to the temptation of sacrificing the values they purport to uphold in return for financial gain.

That route is neither moral nor sustainable, and its repugnant nature has been laid bare by the murder in Istanbul.

- Maha Azzam is the head of the Egyptian Revolutionary Council. From 2002-2015, Dr Azzam was an Associate Fellow at the Middle East and North Africa programme at Chatham House. Previously, she was the head of Programme on Security and Development in Muslim States at the Royal United Services Institute for Defence Studies (RUSI).