Keeping the lights out in Lebanon 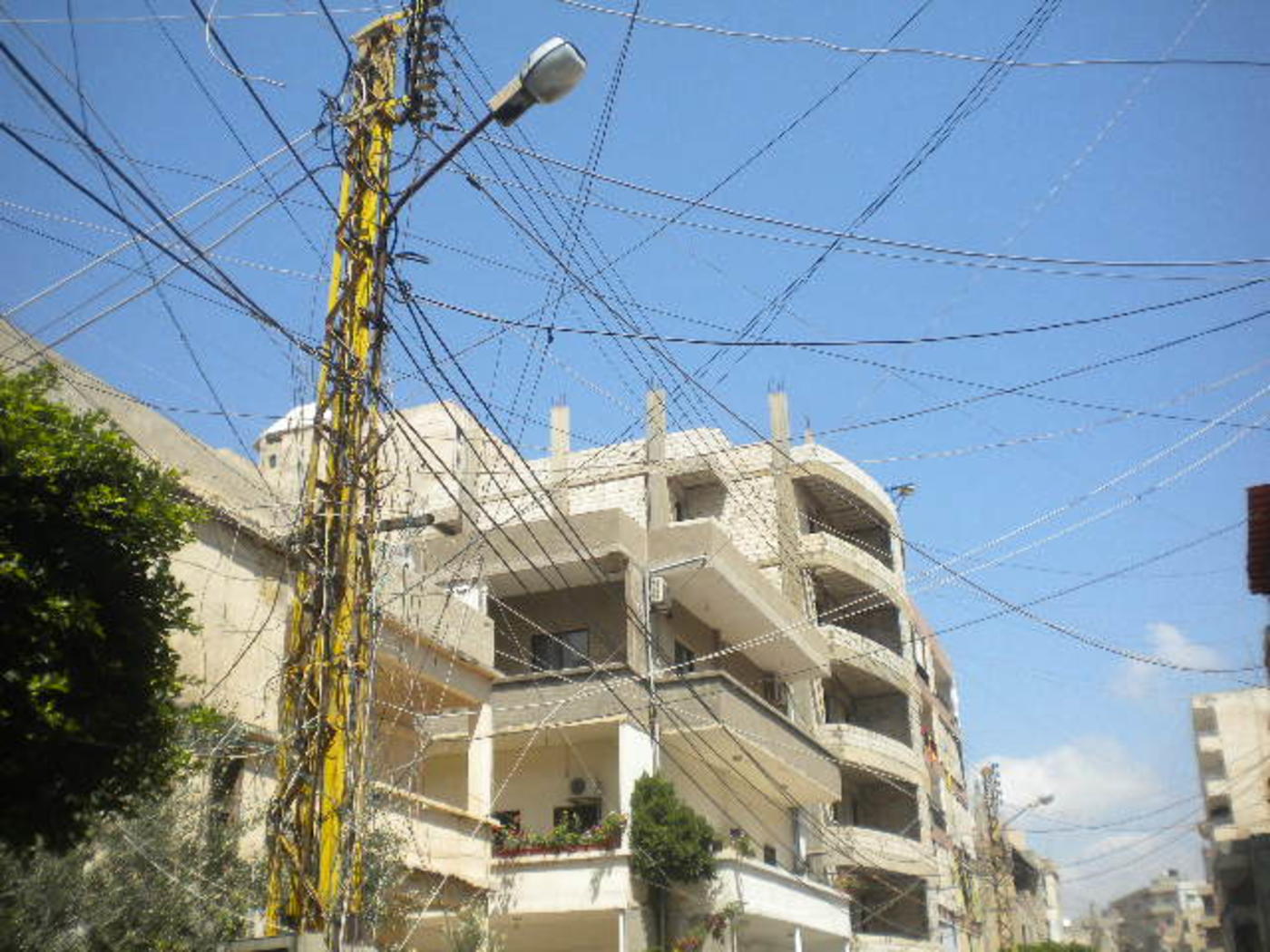 A Lebanese friend is creating a proposal to install a new power plant in Lebanon. Ideally, it would eventually operate with natural gas and help improve the country’s notorious electricity shortage. The power situation at my friend’s own home in north Lebanon is illustrative: “We can’t run the television and the A/C at the same time. And God forbid someone turns on the iron”.

That’s just the start of it, of course. In parts of the country, the government has been known to supply as little as six hours of electricity per day. Beirut receives 21 hours -a privilege that does not extend to the capital’s poor southern suburbs. Lebanon’s Daily Star newspaper recently reported the looming possibility of intensified power cuts in certain areas.

Under Lebanese law, it is currently not possible to engage in electricity production that infringes on the monopoly of the state-run power company, Électricité Du Liban. This means that the masses of generators that have by necessity become an integral part of the Lebanese landscape are technically illegal.

Steep fees for both state- and generator-supplied power have meanwhile contributed to rampant energy theft - not an enormously startling state of affairs. After all, low-income folks presumably would prefer not to exhaust their entire salaries on the electric bill but would still like to be able to see at night.

However, theft provides state officials with convenient ammunition when it comes to assigning blame for Lebanon’s electrical failures. Why blame the cause when you can blame the effect?

The reasons for the chronic shortage are varied. These include - for starters - insufficient generation capacity, an aging and under-maintained infrastructure, inefficient fuel usage, sizable losses during transmission, and general mismanagement and bureaucracy. Électricité Du Liban complains of a lack of proper funding and fuel supplies.

The other day in the southern Lebanese city of Tyre, I visited the joint offices of Électricité Du Liban and the National Electrical Utility Company, a private contracting firm. It was difficult to obtain basic data. There was a debate in response to my question regarding how many hours of electricity Tyre receives per day from the state, and an elaborate and unintelligible chart was drawn up. It was eventually decided that “14” was the magic number, and I was assured that the situation was identical nationwide.

When I brought up glaring exceptions such as the arrangement in the nation’s capital, eyes were rolled and it was acknowledged that “Beirut is different”. In the end I was inexplicably sent home with a photocopied pamphlet, titled “Engineering Your Success”, on the subject of employee performance management.

Beyond the apparent ineptitude that seems to have seeped into the electricity sector, there is also a certain inertia when it comes to embarking on systemic reforms, given vested interests in maintaining the status quo. The sheer profitability of the generator industry is a force to be reckoned with; a 2011 Daily Star article describes the “massive gray market in private generation, employing thousands of individuals and valued at over $1 billion annually according to government estimates”.

And war, of course, is another way to turn the lights out. Repeated attacks on Lebanon by its hostile southern neighbor have included the 2006 bombing of the Jiyyeh power plant, thanks to which Lebanese shores and marine life ended up coated in oil. Other components of the energy sector were also targeted, as were a host of entities ranging from bridges to milk factories to children.

Since the 2006 war, Israel has sworn with a straight face that, in future conflicts with Lebanon, it will avoid distinguishing between Lebanese infrastructure and Hezbollah targets.

One might be tempted to argue that there’s thus no point in fixing anything in the country anyway.

My Lebanese friend envisions situating his proposed power plant in the north of Lebanon so as to keep it as far away from the Israeli military as possible.

But the outcome of the proposal is far from guaranteed. As he explained to me, it will require a great deal of time and prodding of political leaders and elite players before everyone is—maybe—satisfied that their business interests will not be jeopardised by amendments to present conditions.

To be sure, nothing is ever easy in this institutionalised sectarian jumble euphemised as a “state”. (Recent additions to Lebanon’s “Not To Do List” include the election of a national president—the country has now gone over two weeks without one.) A dysfunctional electrical power system should come as no surprise, given the political power system in which it exists, where the spoils of life are divided among sectarian dynasties whose needs decisively trump those of the citizenry.

A 2013 International New York Times article about the discovery of potentially vast natural gas and oil deposits off the Lebanese coast speculates that this might help resolve Lebanon’s electricity issues and other afflictions. But the article notes that even the government’s preparations for eventual drilling had been characterised by delays, bickering, and compulsive sectarianism:

Obviously, Lebanon’s non-elite aren’t in the dark about the fact that they’re being kept in the dark. Time to shine some more light on the role the political class plays in generating obstacles to daily life.