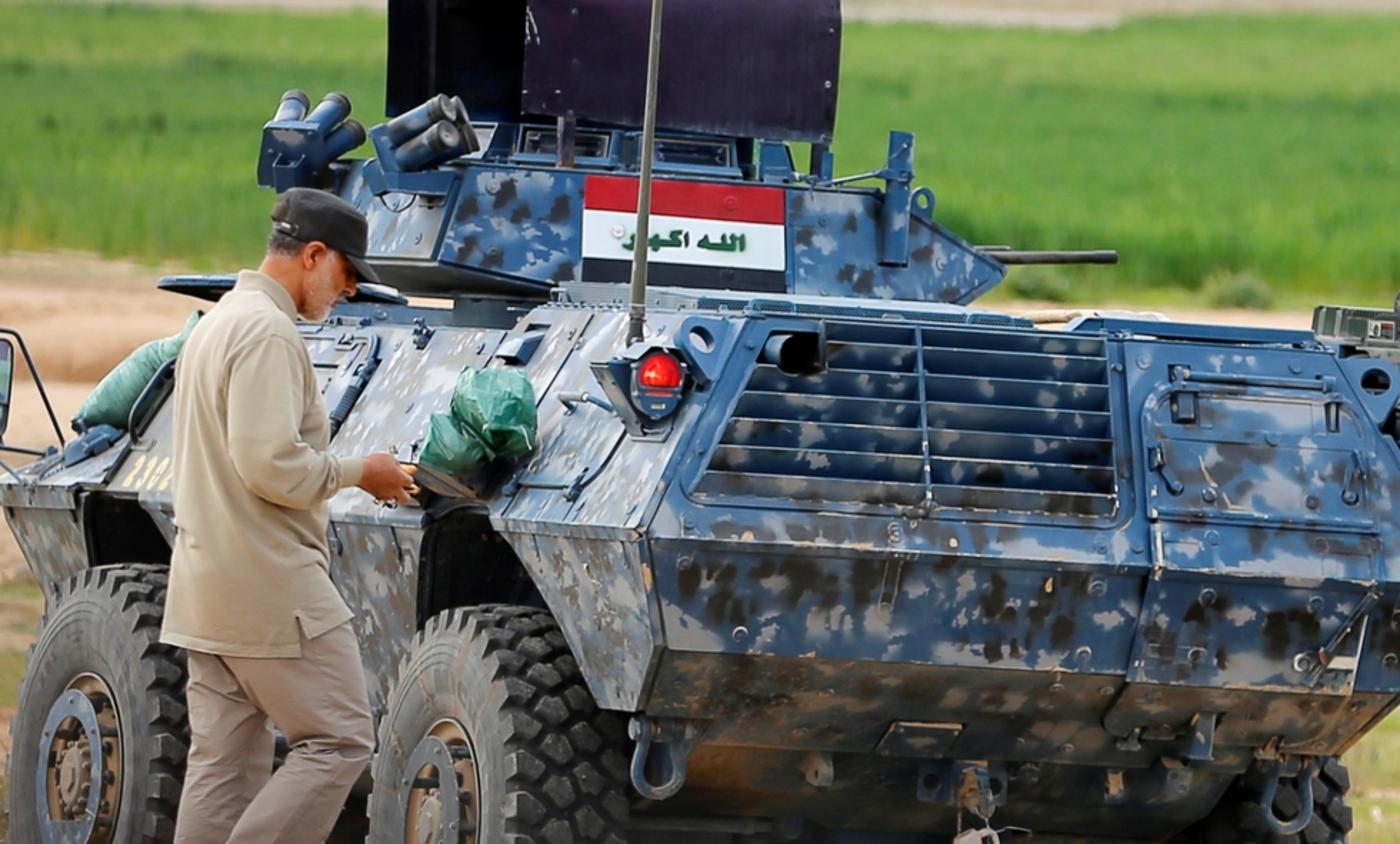 Iraq's lightning offensive to recapture Kirkuk - and other disputed areas - has been greeted with quiet approval in Tehran. Suppressing Kurdish expansionism in Iraq is a key Iranian national security priority, for, if left unchecked, Kurdish irredentism can touch off wider regional instability.

It could even potentially stoke unrest in Kurdish-majority areas inside Iran.

While the full extent of Iran's influence on the Kirkuk operation is subject to speculation, it is clear that Major-General Qassem Soleimani, the commander of the Islamic Revolutionary Guards Corps (IRGC) Quds Force, played a decisive role in persuading at least one Kurdish faction, namely the Patriotic Union of Kurdistan (PUK), to retreat in the face of the Iraqi operation.

The positive outcome of Iraq's lightning offensive has met the Islamic Republic's immediate objective of containing Kurdish expansionism. However, Iran will be capitalising on the ensuing Baghdad-Erbil tensions to deepen its influence over Iraqi affairs.

To that end, there are three possible scenarios. First and foremost, Tehran will work closely with its Iraqi and Kurdish allies to undermine the Kurdistan Democratic Party’s (KDP) domination over Iraqi Kurdish politics. To that end the resignation of KDP chief and Kurdistan Regional Government (KRG) President Massoud Barzani has been welcomed by Iranian commentators and strategists.

Second, Iran will be anxious to protect the position of the Shia-led Popular Mobilisation Units (PMU) and to improve their interoperability with the wider Iraqi security forces.

Third, the Islamic Republic will be using the momentum generated by the Kirkuk operation as a springboard to mount an effective resistance against the Trump administration's aggressive strategy to contain Iran's regional influence.

The oil-rich province of Kirkuk is central to Iraqi territorial integrity. This is all the more important owing to a longstanding Kurdish aspiration to wrest control of the province away from Baghdad. This quest is partly rooted in the former Baathist regime's demographic displacement policies that forced some Kurdish families out of Kirkuk only to be replaced with Arab families from further south.

But the main reason behind the Kurdish push for Kirkuk is the region's oil fields, which the Iraqi government has now secured. At any rate, demographic displacement remains a sensitive and divisive issue in Iraq, not least because the Kurds also stand accused of practising this policy since 2003.

Contemporary Kirkuk is a mosaic of ethnic groups, with substantial Arab, Turkmen and Kurdish populations. Kirkuk is also home to smaller religious minorities, including ancient sects and religions, notably the Sabean-Mandeans.

Following the Anglo-American invasion of Iraq in 2003 and the creeping presence of Kurdish Peshmerga forces in Kirkuk, the US-installed Iraqi administration sought to resolve the status of Kirkuk and other "disputed areas" through a constitutional instrument known as Article 140.

The process envisaged by Article 140 should have culminated with a referendum to determine the legal status of Kirkuk and other disputed areas. Needless to say, this referendum never materialised as the requisite political and security conditions were never met.

Throughout these years Iran and its Iraqi allies watched anxiously as the Kurdish Peshmerga and the Kurdish intelligence service, the Asayish, consolidated their grip over Kirkuk.

The Kurdish military and intelligence's presence was inimical to the interests of a substantial Shia community in Kirkuk (comprised of both Arabs and Turkmens), many of whom are politically aligned to pro-Iranian Iraqi Shia organisations, notably the Islamic Supreme Council of Iraq (formerly known as the Supreme Council for the Islamic Revolution in Iraq).

The reassertion of Iraqi sovereignty over Kirkuk is foremost a boon for the city's Shia community, as demonstrated by some Shia Turkmen's joy at the arrival of PMU forces in the city.

This is a significant moment for the institutional development of the PMU who have been deployed across Kirkuk province thus underscoring their national reach. The momentum is all the more striking as it comes on the heels of the PMU's lead role in the defeat of the Islamic State (IS) group.

Part of the attraction of the Kirkuk offensive is that it achieves a strategic Iranian objective which appears to be consistent with US interests in Iraq. But of course, at deeper levels it undermines the US position inasmuch as it exposes US capability gaps.

By intervening decisively Qassem Soleimani and the Quds force broke a 14-year deadlock over Kirkuk, and at a relatively low cost, both in terms of human and material losses.

The central role of the PMU is crucial in so far as it exposes the continuing capability and leadership deficit of the US-trained Iraqi army. The importance of the PMU to Iraqi national security was underlined by Iraqi Prime Minister Haidar al-Abadi's public rebuke of US Secretary of State Rex Tillerson following the latter's call for Shia-led militias to "leave the country".

It is also instructive that Abadi flew to Tehran so soon after the Kirkuk operation, where he met Iranian leader Ayatollah Ali Khamenei who advised him "never to trust the Americans".

More broadly, Iran will be at pains not to alienate the Kurds to the point where longstanding personal and political relationships begin to break down. Understandably emotions are running high in Iraqi Kurdistan, where KDP-aligned politicians and journalists are blaming Iran for the "loss" of Kirkuk.

Iranian strategists appear to be banking on a quick resumption of Baghdad-Erbil dialogue, which will necessarily involve Iranian mediation at multiple levels.

As part of this strategy Iran will be seeking to weaken the KDP's domination of the KRG. The opportune moment for this scheme may have arrived as KDP leader (and former KRG president) Barzani prepares to depart the arena following his grave miscalculation in holding an independence referendum in late September.

Iranian outreach to the PUK is likely to increase in the months ahead as internal KRG disputes intensify. These disputes, which range from the administration of the KRG, relations with Baghdad as well as with foreign powers, notably Turkey, had been heating up before the independence referendum.

Closer coordination with the PUK will be a relatively easy task in view of the Islamic Republic's longstanding ties to the party. Various Iranian organisations, including IRGC Quds force and the Ministry of Intelligence and Security have multiple connections to the entire PUK hierarchy.

These connections were formed during the days of the Iran-Iraq War when the PUK proved to be a reliable Iranian ally against Saddam's Iraq.

One potential consequence of greater Iranian involvement in KRG affairs may be more aggressive moves against Iranian Kurdish separatist and dissident groups operating from the KRG zone. These groups, in particular the Kurdish Democratic Party of Iran, have become active in recent months, prompting Iranian fears that they are being funded by hostile foreign powers, notably Saudi Arabia.

In conclusion, at the grand strategic level, the retaking of Kirkuk and its aftermath may come to be regarded as the opening shot of the new and more aggressive round of Iranian-US regional rivalry.

In that context, Iran has just demonstrated its seemingly unassailable advantage in Iraq.

Photo: Iranian Revolutionary Guard Commander Qassem Soleimani walks near an armoured vehicle at the frontline during offensive operations against Islamic State militants in the town of Tal Ksaiba in Salahuddin province March 8 2015 (REUTERS) 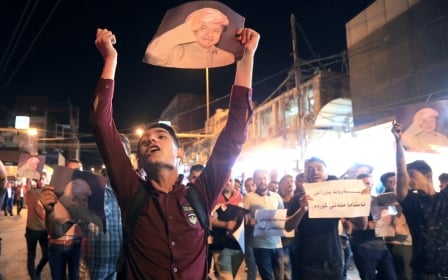 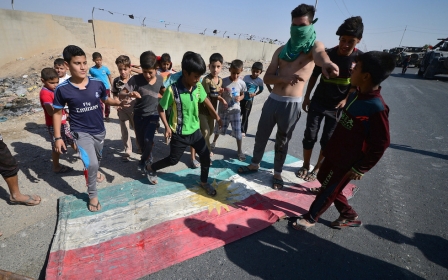