Lack of legal status is a nightmare for Syrians in Lebanon 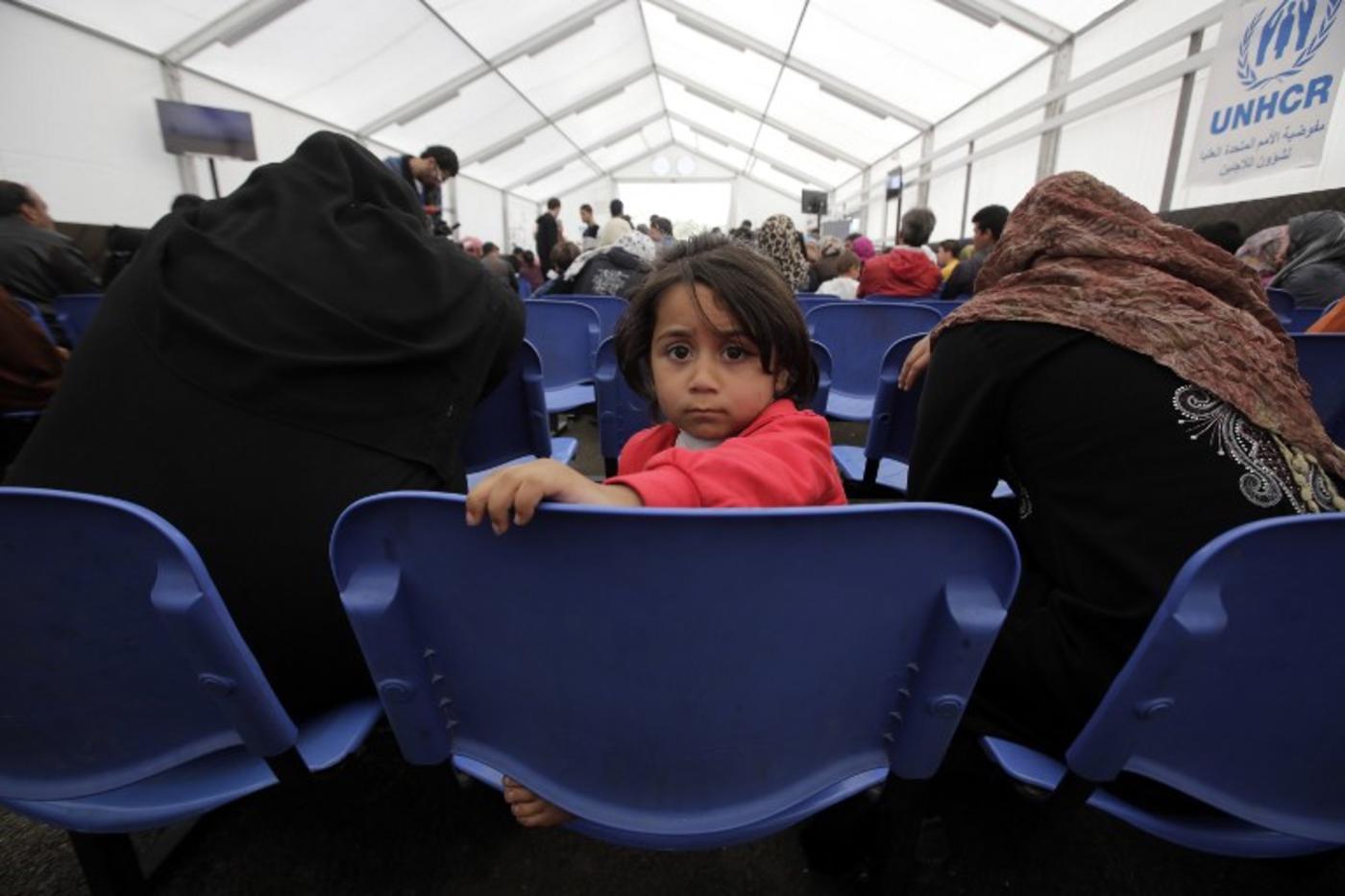 Earlier this month, the Lebanese General Security said it would waive the annual $200 fee that Syrian refugees had been required to pay to have legal residency. The positive impact of the decision, however, is limited.

At least 500,000 Syrians – so around one third of the 1.5 million currently in the country - who are not registered with UNHCR are excluded from the revised policy. At least 50,000 Palestinian refugees who came to Lebanon from Syria as “double refugees” are also excluded.

Stories of Syrians cooped up inside their homes for days on end, afraid of stepping outside and getting arrested, are common

And what is thought to be a large number of Syrian refugees - the exact number is unknown - who are registered with UNHCR but don’t have valid identification documents, or were forced by Lebanese authorities to renew their residency through the sponsorship of a Lebanese national, will still have to pay the fee.

But beyond the cost, the policy change does nothing to solve the main problem for Syrian refugees in Lebanon, namely the inconsistency in residency policy which means that many Syrians who meet the state’s published criteria are turned away at the border or are forced to live in the country illegally.

“My parents were not allowed to enter Lebanon although they meet more than one category,” said Ali Saleh, a Syrian refugee living in Lebanon since 2012.

In fact, unable to obtain legal residency in Lebanon, the vast majority of Syrians live illegally in the country, exposed to exploitation by authorities, locals or other refugees.

Temporary arrests at checkpoints, for example, have become frequent, restricting their movement across the country.

Stories of Syrians cooped up inside their homes for days on end, afraid of stepping outside and getting arrested, are easy to come by.

“The majority of Syrians, especially those who live in unofficial camps, are scared of leaving their places,” said Ahmed Rajab, a Syrian relief worker based in Lebanon. “Getting arrested is a profound risk that always haunts them.”

This makes it difficult for them to work, send their children to school, or get healthcare. It has also made it all but impossible to register marriages and births, leaving tens of thousands of Syrian children born in Lebanon at risk of statelessness – and a life without clear rights or legal status.

Syrians who live illegally also have no protection from their employers who can force them to work long hours and accept lower wages, if they pay at all.

Families are also compelled to send children to work since male adults, in particular, fear arrest at checkpoints. Syrian children, as a result, reportedly work for long hours in conditions unsuitable for their physical and mental development or skill levels.

Women are particularly vulnerable to the consequences of living illegally, including harassment, exploitation, and abuse on the job. Several told Human Rights Watch about how their employers had sexually harassed and even tried to sexually exploit them. But most women in their situation never report these incidents to local authorities for fear of losing their residency.

Early marriage has also become more common among Syrians in Lebanon. “They want to marry their daughters off in order to protect them from the unknown,” said Rima Hassan, a Syrian activist based in Lebanon.

It was in early 2015, when Lebanon introduced new visa requirements to reduce the number of Syrians coming into the country as well as those already living in it, that things got rough. The regulations obliged all Syrians in Lebanon to apply to renew their residency permits.

The renewal requirements included an annual $200 renewal fee per person, a valid ID, an entry slip obtained upon entry into Lebanon at the border, a housing pledge confirming one’s place of residence, and two photographs stamped by a local Lebanese official.

According to the Lebanese Centre for Human Rights, 86 percent of the Syrian refugees interviewed do not have legal residency permits

Syrians not registered with UNHCR also had to provide a “pledge of responsibility” signed by a Lebanese national or registered entity to sponsor an individual or family. They also had to sign a pledge not to obtain a work permit.

In addition to the $200 renewal fee, as additional $75 or so per person had to be spent on transportation, photocopying and public notary services needed to file each application. In other words, costs prohibitive for most Syrian families in Lebanon who live below the poverty level.

While Lebanese authorities have not published statistics on how many Syrian refugees there are without legal status, international aid workers have estimated that most Syrian refugees in the country no longer have legal residency.

According to a field research done by the Lebanese Centre for Human Rights, 86 percent of the Syrian refugees interviewed do not have legal residency permits in Lebanon, and therefore are staying there illegally.

And even when they are able to present the necessary documentation and pay the required fees, many Syrians were still not able to renew their residency, like Wael Mohammed.

“I submitted all the required documents and even hired a lawyer to follow up on my application,” he said. “But I still got refused more than once. Many of my friends also got rejected for no reason.”

With the exception of the $200 fee, lifted for a limited portion of Syrian refugees registered with the UN, these requirements are all still in place.

Two years on, the impact of this strict policy remains highly counterproductive. Before it was imposed, the majority of Syrian refugees were reporting to immigration offices at least once every six months, which allowed the Lebanese authorities to keep track of where they were living.

Now authorities can no longer trace the whereabouts of Syrian refugees, an estimated 80 percent of whom now living illegally in their country.

The increased entry restrictions to Lebanon and the inability to comprehensively control the entire 330-kilometre-long Syrian-Lebanese border has also boosted smuggling activities and organised crime.

When authorities instructed UNHCR to suspend the registration of any Syrian on 1 January 2015, they also limited their ability to estimate the number of Syrian refugees living in Lebanon as well as assessing their needs.

After two years of these strict procedures, the official statistics of Syrian refugees in Lebanon (at least the estimates that Lebanese authorities use) has remained largely the same because of the fear of persecution in Syria and limited resettlement options elsewhere.

In addition to the obvious concerns of not actually knowing who is where in your country, the lack of statistical accuracy among refugees has made it difficult for Lebanon to receive international funding.

Even the very few lucky refugees who are approved be settled elsewhere, namely in the US, are now not sure that they can make it.

'Because of Trump’s travel ban, they do not know if they will ever be able to leave. They lost it all'

“I envied a Syrian family I know because they were accepted to travel to the US. They sold everything they have and packed their bags,” said Ali Mohammed, a Syrian refugee living in Lebanon.

“But because of Trump’s travel ban, they do not know if they will ever be able to leave. They lost it all.”

Lebanon’s policy towards Syrian refugees has failed to push Syrians away while, at the same time, making their living conditions – their risk of abuse and exploitation and inability to access justice – a nightmare.

Lebanon should reform its regulations and grant all Syrians free and easy-to-obtain residency permits. Doing so will not only protect refugees’ rights, but will also promote greater stability in the country.

The international community also needs to urgently step up its support to Lebanon and expand the resettlement process to share its part of the burden.

Photo: A young Syrian refugee looks at photographers inside a UNHCR (United Nations Refugee Agency) registration center, one of many across Lebanon, in the northern port city of Tripoli on 3 April 2014 (AFP) 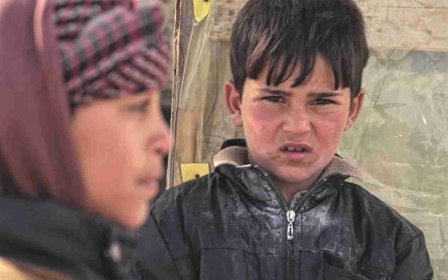 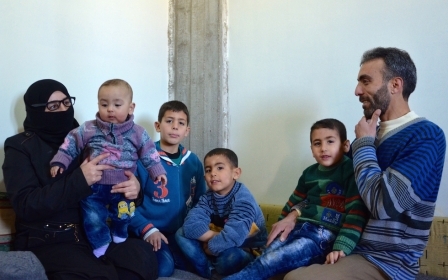 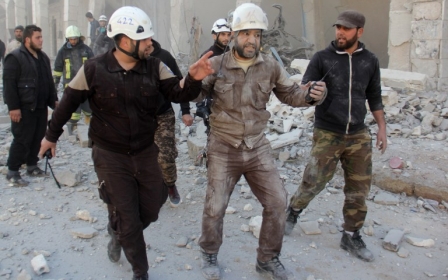