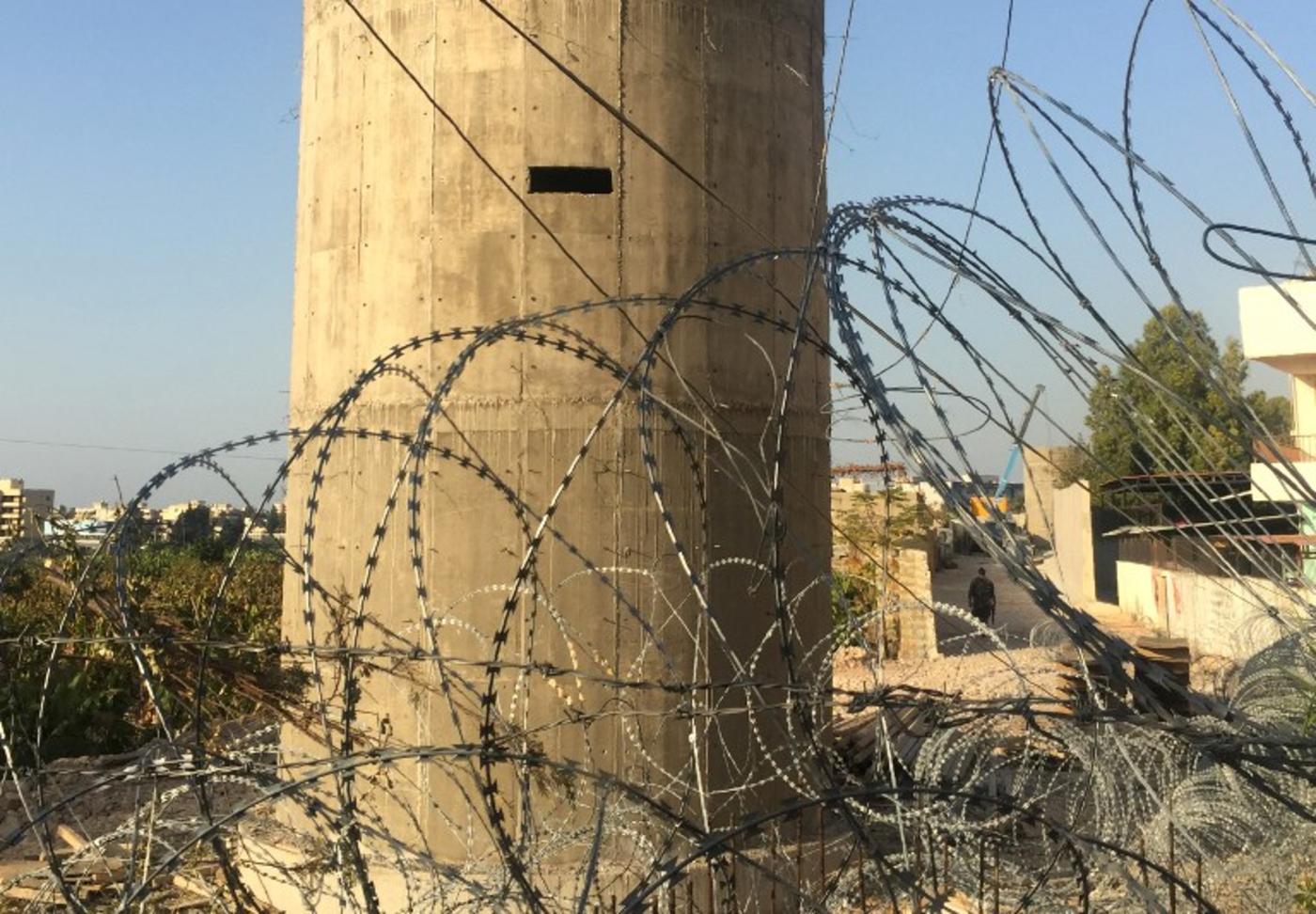 News recently emerged in Lebanon that the army had begun constructing a “security” wall - complete with watchtowers - around the perimeter of Ain al-Hilweh, the country’s largest Palestinian refugee camp on the outskirts of the city of Sidon.

How to justify erecting a watchtower-studded wall around a camp housing tens of thousand of people, the vast majority of whom are not militant jihadists?

Although the Lebanese government is, for sectarian reasons, not extremely into counting the residents of its country - the last national census was conducted in 1932 during the French mandate - more than half a million Palestinian refugees are estimated to be present, many of them in Lebanon’s 12 official refugee camps.

Over recent years, the Palestinian population of Lebanon has expanded on account of the civil war in neighbouring Syria and the absorption of Palestinian refugees from that country, who have thus been rendered refugees twice over.

Walls: All the rage

Understandably, news of the Ain al-Hilweh wall caused an uproar from more principled sectors of society - particularly given the proximity of Israel’s own apartheid wall just across Lebanon’s southern border.

Israeli media meanwhile quickly snapped up the wall story, as tends to happen whenever Arabs can be portrayed as treating the Palestinians just as badly as Israel does.

And while construction on the ground has halted for the moment, a 25 November article in Lebanon’s Daily Star contended that the Lebanese army was committed to seeing the project through to completion.

It's not like the Lebanese state has anything better to do - like form a government, solve the garbage crisis, or work on supplying more than a few hours of electricity per day to certain parts of the country

Five days later, the same paper reported that a group of Lebanese and Palestinian religious scholars had issued a fatwa against the endeavour, and that the army intelligence chief in south Lebanon had “said that work will remain paused while ‘Palestinian factions prepare a [security] plan to control the situation in Ain al-Hilweh, hand over fugitives and avert any suspicious act that might threaten security in Lebanon and at the camp.’”

To be sure, Ain al-Hilweh has long been regarded as a suspicious place - a lawless and weapon-saturated hotbed of jihadist activity that is generally impenetrable by Lebanese security forces.

However, the same security forces’ tradition of accidentally letting jihadists escape from prison and otherwise losing track of them raises the question of what purpose an anti-“fugitive” wall around Ain al-Hilweh would ultimately serve.

READ: The fight to save Beirut’s last public beach – and the struggle to save Lebanon

But hey, it’s not like the Lebanese state has anything better to do - like form a government, devise a long-term solution to the garbage crisis, or work on supplying more than a few hours of electricity per day to certain parts of the country.

And anyway, walls are all the rage these days on the international scene. Plus, the Ain al-Hilweh monstrosity would dovetail nicely with Lebanon’s post-civil war campaign to cover as much space as possible with concrete.

Another brick in the wall

At the end of the day, though, it’s hardly a joking matter. How to justify erecting a watchtower-studded wall around a camp housing tens of thousand of people, the vast majority of whom are not militant jihadists?

The punitive measure would come on top of nearly seven decades of varying forms of discrimination against Palestinian refugees in Lebanon. Obviously, the original blame for the refugees’ predicament lies with Israel’s decision in 1948 to invent itself on other people’s land.

Using the undeniably legitimate Palestinian right of return as an excuse to deny Palestinian rights in Lebanon, the Lebanese state has barred Palestinian refugees from citizenship and prohibited them from owning property or working in a whole list of professions including in the fields of medicine and law.

Nor, of course, have the Israelis left Palestinian refugees alone all these years. Ain al-Hilweh, for one, has been attacked on various occasions; in his book Pity the Nation, veteran Middle East correspondent Robert Fisk describes the camp as having been “pulverised” by aerial bombing during the Israeli invasion of Lebanon in 1982 - an affair that left some 20,000 Lebanese and Palestinians dead, primarily civilians.

READ: 60 years of shame: The Palestinian camps in Lebanon

Fast forward to another Israeli air raid on Ain al-Hilweh in 1987. As Fisk remarks, the same old line was trotted out: “Terrorist targets” had been hit. His visit to the Hammoud hospital in Sidon tells another story:

“[A] nine-year-old Palestinian girl lies on a bed… Her name is Jihan Abu Greif. ‘The planes came, the pillar of our home gave way and came down on my foot.’ She begins to cry. ‘Please don’t take a picture of my left leg.’ I cannot. She has no left leg. ‘We took it off this morning,’ the doctor says. ‘Can you imagine what this means? She is a girl, she will want to marry, and she has only one leg.’”

As long as we’re imagining things, we might contemplate the potential effects on Palestinian refugee populations of decades of multi-pronged abuse and essentially nonexistent rights.

In Lebanon these days, there are more than enough walls separating people

It’s safe to surmise that the blatant criminalisation of Ain al-Hilweh and its inhabitants with the construction of a “security” wall could in fact - just maybe - contribute to a decline in Lebanese “security” (which, it bears mentioning, is largely an oxymoron in the first place).

After all, being treated as the enemy presumably doesn’t inspire folks to work overly hard on behalf of systemic security and wellbeing.

In Lebanon these days, there are more than enough walls separating people - mainly to the benefit of members of the sectarian elite who have profited for decades from bloodshed and internal strife.

Suffice it to say, there’s no need for any more.

Photo: A 21 November 2016 picture of Ain al-Hilweh Palestinian refugee camp, near the Lebanese southern coastal city of Sidon, where the state was planning to build a wall (AFP) 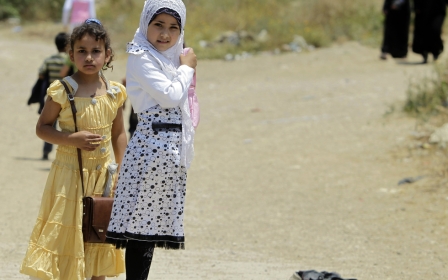