Libya's currency crisis: Can the Central Bank stop the decline of the dinar?

Tim Eaton
Six years after the revolution, Libyans are paying more for goods with wages that are worth less. Central Bank officials should use their authority to stop the black market spiral of the currency 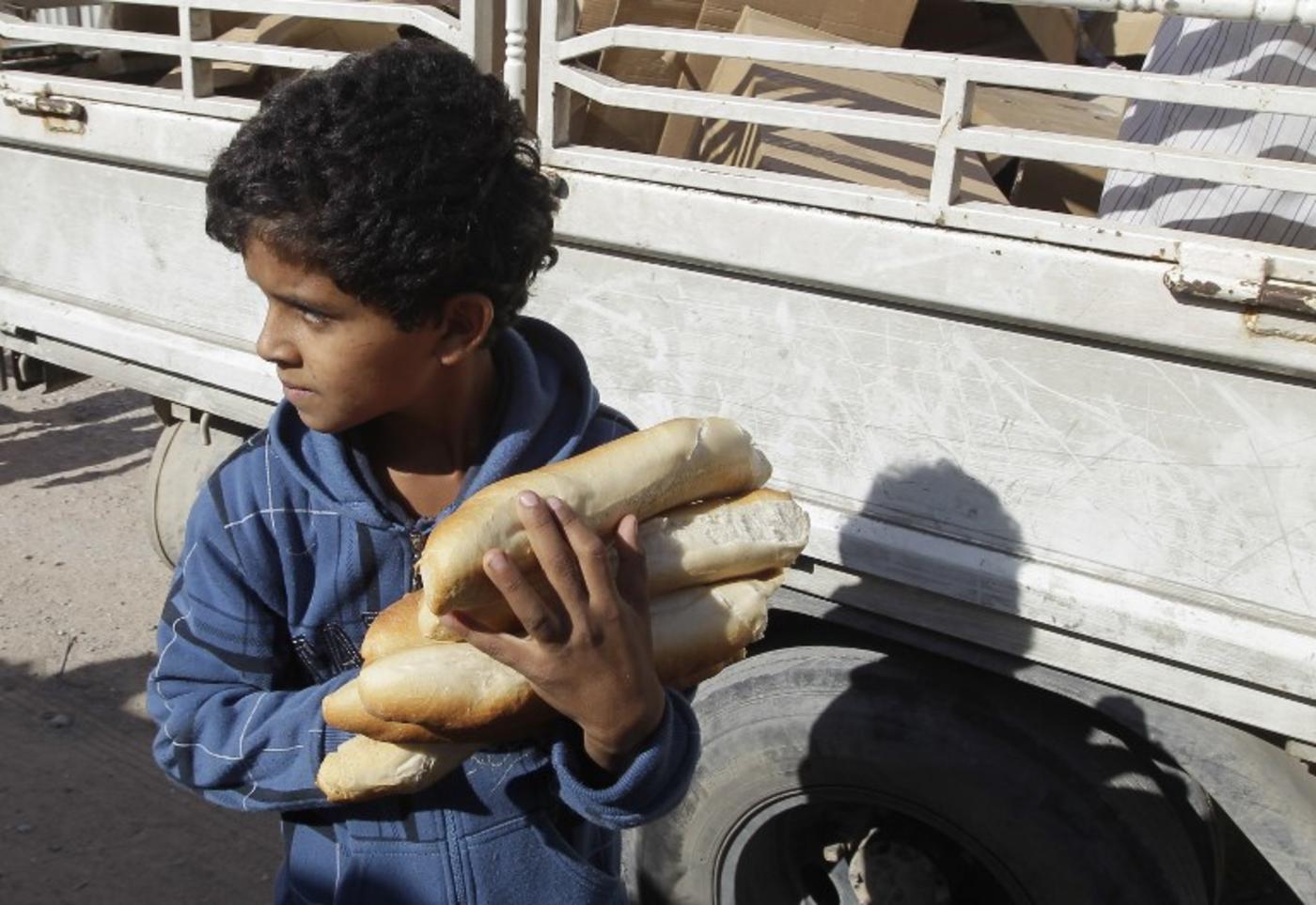 Libya’s economy is struggling. The state budget is operating at a deficit, there is an acute liquidity shortage in the formal sector, and the banking sector is failing.

Amid the dysfunction, Libya’s black market is flourishing, part of a war economy that is cannibalising the formal sector. The margin between the official exchange rate and the black market rate for the Libyan dinar to the dollar is critical to this process.

Libya’s black market is flourishing, part of a war economy that is cannibalising the formal sector

The official rate currently stands at 1.37 dinars to the US dollar, while the black market rate is running at eight dinars to the dollar. The margin between the two offers a huge arbitrage opportunity for those who can access dollars at the official rate and sell at the black market rate, producing a vicious cycle that is further weakening the dinar.

If the dinar’s decline isn’t arrested, Libyan consumers will have to contend with a combination of ever higher costs and wages that are worth less.

Arbitrage and the black market

There are several schemes which exploit this opportunity. Small-scale cons, for example, have been withdrawing dollars overseas on Libyan credit cards at the official rate, and then selling the dollars on the black market to make a profit.

But the most highly effective means of defrauding the state involves letters of credit, obtained to import goods into Libya.

Here’s how it works: first, fewer goods are actually procured than agreed as part of the letter of credit, leaving the fraudster with excess dollars which can be sent to partners or shell companies set up overseas.

Then, when the goods are shipped to Libya, the customs paperwork is fudged through the payment of bribes to indicate that the correct amount of goods has actually arrived. When the goods arrive, the fraudster sells them at the black market rate, instead of the official rate that he received.

In some cases, no goods arrive at all and the fraudster uses the letter of credit merely as a means to steal state money by either laundering it overseas or selling it on the Libyan black market for a profit.

The result of these schemes and other predatory activities is rampant inflation – estimated to be up to 40 percent – and a weakening dinar. In April 2014, the black market rate closely resembled the official rate (it was 1.3LYD to $1) but it has now skyrocketed to 8LYD to $1.

Businessmen complain that the Central Bank Governor Sadiq al-Kebir has exacerbated the crisis. In an effort to balance its books, the central bank has reduced the distribution of letters of credit to a limited number of sectors, meaning that many businesses in key sectors, such as construction, are forced to rely on the black market for procurement.

The increase in their costs is therefore passed on to consumers. These consumers must now contend with significant price hikes – bread now costs up to five times what it did in 2014 – and a shortage of liquidity: most Libyans are able to receive only a relatively small proportion of their salaries in cash.

The problems at the banks are so acute that one man has started a business where he charges customers to stand in the bank queue on their behalf, before calling them when he nears the front.

When Kebir has sought to print more dinars to address the liquidity crisis, it has soon seeped out of the formal sector and in to the black market as few trust the banks with their money and are keen to withdraw whatever they can.

Why not reduce the rate?

Why doesn’t Kebir devalue the official rate of exchange in order to reduce the incentives to rip off the state?

Husny Bey, one of Libya’s most prominent businessmen, argues that reducing the arbitrage opportunities is necessary to tackle criminal economy. Like many businessmen, he believes that a phased adjustment of the official rate would - through the issuance of new letters of credit at the higher rate - reduce the demand on dollars and, therefore, lead to a reduction in the black market rate.

Another leading Libyan businessman and member of the House of Representatives, Mohamed al-Raied, agrees.

“More than 50 percent of goods that come to Libya go to the black market,” al-Raied says. “Fifty to sixty percent of Libya’s economic problems would be solved if the currency rate changes… Armed groups will have to find another scheme.”

The central bank would face some popular resistance to a rate adjustment, as it would devalue the funds and assets held by Libyans in dinars.

“So what?” says Bey, who argues that is irrelevant as it is purchasing power which is most important. The adjustment, he believes, would also help the government balance its books, as the devaluation would allow the dollar income received by the state to translate into more dinars.

The central bank’s stance towards devaluation is unclear, although most seem to think that the bank agrees with the economics.

Some believe that public opposition is a major impediment to changing the rate, but Bey says the bank has been hiding behind bureaucratic excuses, saying that it does not have the authority to control monetary policy.

This is the role of the government, says Kebir. Yet, if this is the case, Bey asks, how has Kebir been able to print dinars?

A more troublesome potential impediment comes in the form of those who currently profit from their access to state funds. This is not limited to militias, but includes all kinds of powerful actors.

This highlights one of the most pervasive elements of Libya’s war economy: some elites continue to make big profits as the damage to the economy increases. Yet, this damage is becoming increasingly severe. Without devaluing the dinar, it is difficult to see how Libya can stop the dinar’s decline.

- Tim Eaton is a research fellow with Chatham House’s MENA Programme, focusing on Libya and Syria. From 2014-7, he managed Chatham House’s Syria and its Neighbours Policy Initiative. Prior to this, he was senior projects manager, Middle East at BBC Media Action, the BBC’s international development charity. He worked across the region on projects in Iraq, Egypt, Tunisia and Libya.  In Libya, Tim helped to set up and manage BBC Media Action's bureau from 2013-14.  You can follow him on Twitter @el­­_khawaga

Photo: In 2011, a Libyan boy in the coastal city of Zliten carries loaves of bread. Bread in Libya now costs five times what it did in 2014 (AFP). 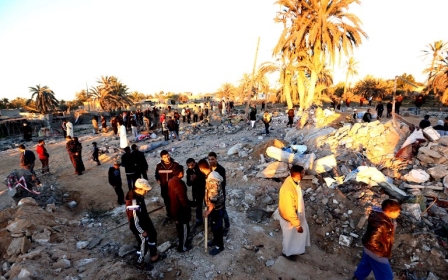 Libya Crisis
Libya's children scarred and haunted by war: 'It’s all they know'