The media misses the point on ‘proxy war’

Gareth Porter
Yemen is a Saudi war of aggression, while Syria and Libya are the result of a dangerous Gulf-led strategy of backing groups of sectarian fighters 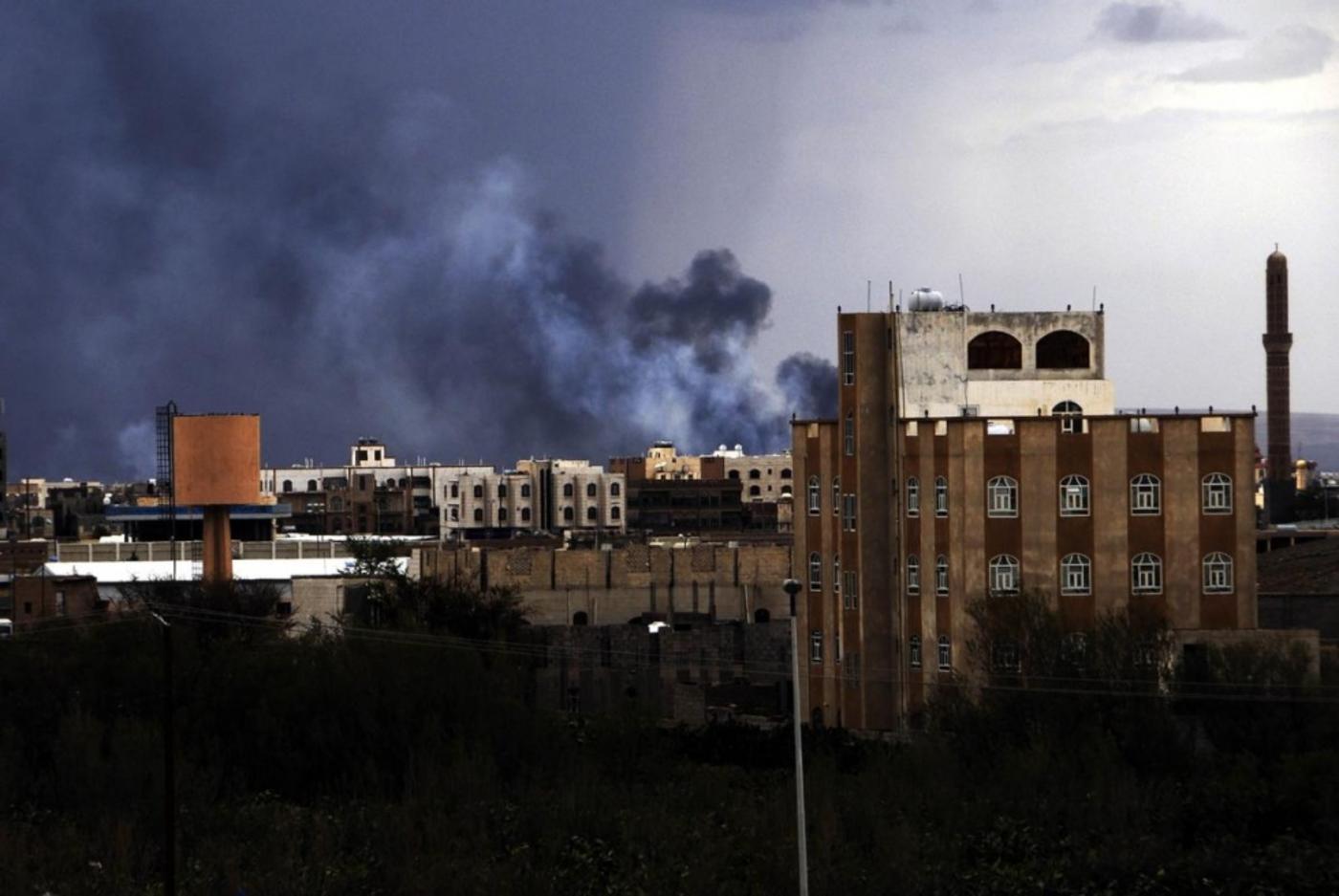 The term “proxy war” has experienced a new popularity in stories on the Middle East. Various news sources began using the term to describe the conflict in Yemen immediately, as if on cue, after Saudi Arabia launched its bombing campaign against Houthi targets in Yemen on 25 March.  “The Yemen Conflict Devolves into Proxy War,” The Wall Street Journal headlined the following day.  “Who’s fighting whom in Yemen’s proxy war?” a blogger for Reuters asked on 27 March.

And on the same day the Journal pronounced Yemen a proxy war, NBC News declared that the entire Middle East was now engulfed in a proxy war between Iran and Saudi Arabia.

It is certainly time to discuss the problem of proxy war in the Middle East, because a series of such wars are the heart of the destabilisation and chaos engulfing the region. The problem with the recent stories featuring the term is that it is being used in a way that obscures some basic realities that some news media are apparently not comfortable acknowledging.

The real problem of proxy war must begin with the fact that the United States and its NATO allies opened the floodgates for regional proxy wars by the two major wars for regime change in Iraq and Libya. Those two profoundly destabilising wars provided obvious opportunities and motives for Sunni states across the Middle East to pursue their own sectarian and political power objectives through proxy war.

Is Yemen really a proxy war?

Prominent 20th century political scientist Karl Deutsch defined “proxy war” as “an international conflict between two foreign powers, fought out on the soil of a third country, disguised as a conflict over an internal issue of the country and using some of that country’s manpower, resources and territory as a means of achieving preponderantly foreign goals and foreign strategies”.

Deutsch’s definition makes it clear that proxy war involves the use of another country’s fighters rather than the direct use of force by the foreign power or powers. So it obvious that the Saudi bombing in Yemen, which has killed mostly civilians and used cluster bombs that have been outlawed by much of the world, is no proxy war but a straightforward external military aggression.

The fact that the news media began labelling Yemen a proxy war in response to the Saudi bombing strongly suggests that the term was a way of softening the harsh reality of Saudi aggression.

The assumption underlying that application of “proxy war” is, of course, that Iran had already turned Yemen into such a war by its support for the Houthis. But it ignores the crucial question of whether the Houthis had been carrying out “preponderantly foreign goals and foreign strategies”. Although Iran has certainly had ties with the Houthis, the Saudi propaganda line that the Houthis have long been Iranian proxies is not supported by the evidence.

Far from proving the Iranian proxy argument, the Houthi takeover of Sanaa last year has actually provided definitive evidence to the contrary. US intelligence sources recently told the Huffington Post that before the Houthis entered the capital, the Iranians had advised against such a move, but that the Houthis ignored that advice. Gabriele vom Bruck, a leading academic specialist on Yemen at the School of Oriental and African Studies, said in an e-mail to this writer that senior Yemeni officials with links to intelligence had told her the same thing weeks before the story was leaked.

The Houthis rejected the Iranian caution, vom Bruck believes, because former President Ali Abdullah Saleh and his son Ahmed Ali Saleh (the former commander of the Republican Guard) had indicated to them that troops that were still loyal to them would not resist the Houthi units advancing on the capital unless the Houthis attacked them.

So the Houthis clearly don’t intend to serve an Iranian strategy for Yemen. “Certainly the Houthis do not want to replace the Saudis with the Iranians,” says vom Bruck, even though they still employ slogans borrowed from Iran.

The NBC story on a “regional proxy war” completely misses the seriousness of the problem. It turns its proxy war concept into an abstract and virtually antiseptic problem of limiting Iranian influence in the region through the US bombing Iraq. It ignores the fact that the regional actors behind the wars in Syria, Iraq and Libya are pulling the region into a new era of unbridled sectarian violence and instability.

The crimes committed by the Syrian regime in the war are unconscionable, but the policies of external countries pursuing a proxy war to overthrow the existing regime have created a far more ominous threat to the entire region. Washington Post columnist David Ignatius has detailed the process by which Turkey, Saudi Arabia and Qatar competed with one another to create proxy forces with which to overthrow the Assad regime.

Such an unbridled competition in the creation of armies for regime change was by its very essence a reckless and cynical use of power that carried the obvious risk of even worse chaos and violence of the war in Syria. But they have made the costs of proxy war far greater by targeting the most aggressive armed groups they could find as their clients, and their weapons soon “made their way to the terrorist groups,” wrote Ignatius, to which the Turks and Qataris “turned a blind eye”.

Once it became clear that Sunni states were creating a proxy war in Syria that could tip the balance against the Syrian regime, Iran and Hezbollah intervened in support of the regime.

But what the conventional view of the Syrian proxy war leaves out is the linkage between Syria in Iran’s deterrence strategy. Iran is militarily weak in relation with Israel and US military power in the Middle East, and has been the target of US and Israeli military threats going back to the 1990s.

Iran’s deterrent to such attacks has depended on the threat of retaliatory rocket attacks against Israel by Hezbollah from Southern Lebanon - destroying the ability of Hezbollah to retaliate for an attack was the single biggest reason for Israel’s 2006 war against Hezbollah.

The Assad regime was part of the Iranian deterrent as well.  Not only did Syria have a force of several hundred missiles that Israel would have to take into account but also, Syrian territory is the shortest route for Iranian resupply of Hezbollah.

The Saudi fixation with bringing down the Iraqi Shia regime appears to reflect the sentiment that Prince Bandar bin Sultan expressed to Richard Dearlove, then head MI6, before 9/11. "The time is not far off in the Middle East, Richard,” said Bandar, “when it will be literally 'God help the Shia'. More than a billion Sunnis have simply had enough of them."

The Saudis have never been reconciled to the establishment of a Shiite regime in Iraq since the United States occupied the country and set up a Shia-dominated regime. They began facilitating the dispatch of Sunni extremists to Iraq to overthrow the Shiite regime early in the US war. After the US withdrawal from Iraq, the funding from the Saudis and other Gulf Sheikdoms for Sunni fighters in Iraq and arms moved toward the best organised forces, which ultimately meant ISIS.

The NATO war for regime change Libya, like the US occupation of Iraq, opened a path for the regional proxy war that followed. That war took the form of competitive intervention by regional actors leading to worsening violence. This time Qatar and the UAE were competing for power through their support for Libyan expatriates in their own countries.

The Qataris steered their support to the Libyan Islamic Fighting Group, which the US State Department had identified as a terrorist organisation as early as 2004. The Sisi regime in Egypt joined the proxy war as the chief sponsor of counter-terrorism.  The UAE aligned with that position, while Qatar remained in opposition. The regional proxy war has led to a longer-term structure of conflict.

The media stories have offered only anodyne references to the problem of proxy war. What is needed in media coverage is a focus on the nasty realities of proxy war and their origins.

Gareth Porter is an independent investigative journalist and winner of the 2012 Gellhorn Prize for journalism. He is the author of the newly published Manufactured Crisis: The Untold Story of the Iran Nuclear Scare. 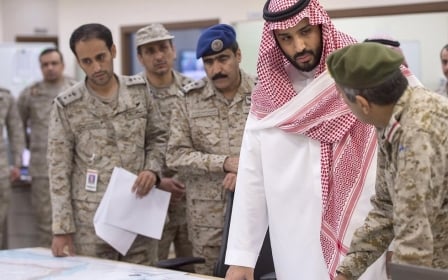 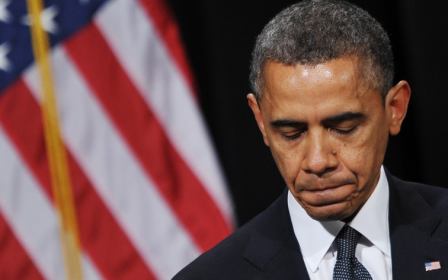 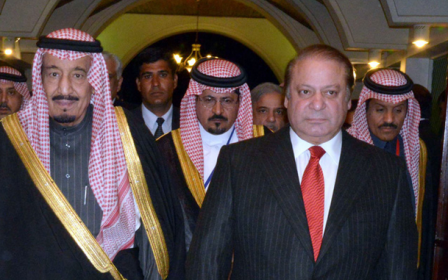