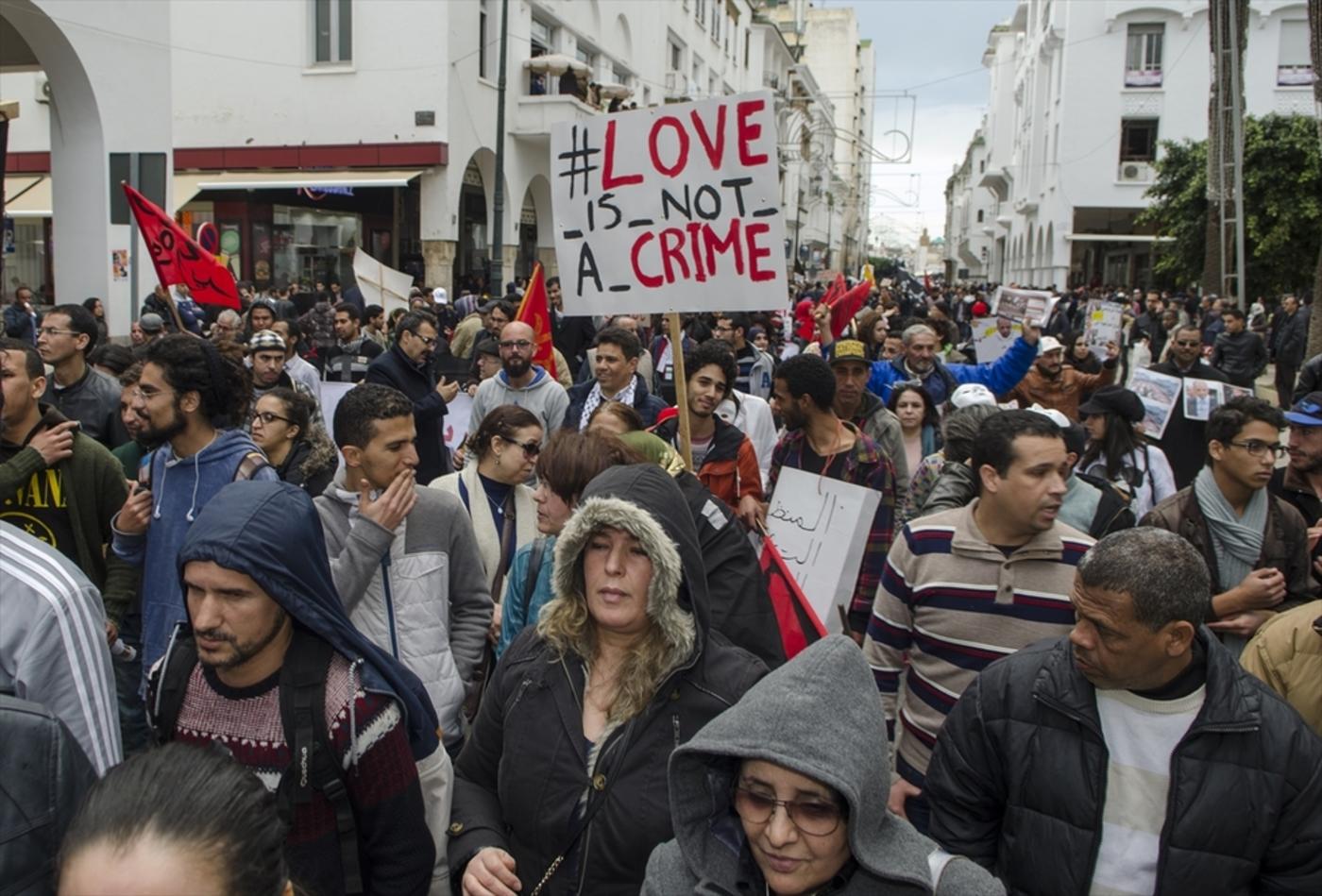 FEZ, Morocco – Two weeks ago, Moroccan authorities arrested 10 members of a cell linked to the self-proclaimed Islamic State (IS) that were planning terrorist attacks on Moroccan soil. In contrast to previous IS-related attacks in North Africa, this thwarted attack reveals a change in the tactics of IS-affiliated terrorist cells in the region.

On this occasion, the militants, who were in possession of arms smuggled into the kingdom through war-torn Libya, intended to perpetrate the organisation’s first chemical attack outside of Syria and Iraq.

The Kingdom of Morocco not only faces a regional situation characterised by an evolving threat from IS and its affiliates in the Maghreb. Amid the fifth anniversary of the February 20th Movement in Morocco, and few months away from Morocco’s 2016 legislative elections, the country also faces domestic challenges.

The outcome of this complex scenario is uncertain. It depends both on the resolution of regional conflicts and on the pace of domestic reform.

In turn, the latter depends on King Mohammed VI, who will have to choose between addressing domestic challenges gradually and steadily, as he has done until now, or to accelerate this process according to the demands of his people.

On 20 February, 2011, Moroccans took the streets en masse. Over forty civil rights groups and political organisations came together to support the youth of the February 20th Movement, which orchestrated demonstrations all over the country with the objective of triggering a democratisation process in Morocco.

Fortunately, these demonstrations did not lead to violence. King Mohammed VI, unlike his counterparts in Bahrain and Syria, did not repress his people. For their part, Moroccans chose to conduct peaceful demonstrations rather than violent protests, differentiating themselves from their neighbours in Tunisia, Libya and Egypt, where protestors overthrew the leaders of their respective regimes.

King Mohammed VI responded to the movement’s demands on March 9, 2011, promising the implementation of constitutional reforms, including the creation of an independent judiciary, and the election of a government that would reflect the will of the Moroccan people.

With this goal in mind, he appointed a committee to draft constitutional reforms, which were approved in a nationwide referendum on 1 July, 2011. According to the Ministry of the Interior, 98.5 percent of voters favoured the changes, including the provisions that reduced the powers of the king.

In November 2011, parliamentary elections brought a new government to power, headed by the Party of Justice and Development (PJD), a moderate Islamist-oriented party that had not previously played a leadership role in parliament.

The PJD disavows terrorism and seeks to defend Morocco’s Islamic identity through legislative means. The party has placed economic and legal issues at the core of its platform, encouraging economic partnerships, particularly with the European Union (EU), which is Morocco’s main trade partner, and public investment.

Mohammed, the manager of the Driss Tissage Berber Corporative in Fez, says that this public investment is quite visible. “Since the protests, there has been an increase of public investment in Fez. There are plenty of ongoing restoration projects. Most of them are located in the Qarawiyin quarter. And there is a project to restore the Oued Boukhareb river too. I am happy to see that Moroccan authorities are investing on restoring my city. Restoration will eventually translate into more tourism, and that, into more sales.”

In regard to the future, he timidly added: “I am not familiar with the current political situation in my country. So, I do not feel qualified to discuss politics in-depth. But I hope Allah gives our king the strength to continue with his reign. He is a good king, and we love him. He does take care of his people.”

Similarly, Hamed, a taxi driver born in a little village on the outskirts of Fez, is happy with the government’s aim to invest in public infrastructure. “I do not read the news, so I do not know much about the political situation in my country. But Moroccan authorities are investing in public infrastructure. We look a bit more like Europe, and I am quite happy about that. Look at the road,” he said, pointing through the driver’s window of his old Mercedes Benz. “Can you see the palm trees in the middle road? They were planted just recently.”

On the other hand, those who define themselves as well-informed citizens refer to public investment as a mere “step in the right direction”, while emphasising the necessity to implement further political reforms.

Rania, who works at a riad in the medina of Fez and speaks several languages, believes that Morocco is a terror-free and stable country that still needs further political reforms. “Both citizens and tourists are safe here in Morocco. Our intelligence services do an outstanding job to prevent terrorist attacks. Morocco is not Tunisia.

"Also, the political situation in Morocco is stable. Morocco is not Egypt. Following the protests in 2011, our king handled the popular discontent with solutions, and the new government has invested in its people. I am happy with the reforms so far, and hope for more of them soon. In my opinion, the democratisation process is not yet completed.”

Youssef, a businessman and an independent tourist guide who has studied in Europe, agrees with Rania, and adds: “The people of Morocco are happy with the reforms that have been implemented so far. These reforms are a step in the right direction. Also, they do see improvements. Just look around. There are many on-going restoration projects. However, this feeling of happiness can change in two days if further reforms are not implemented.

"Whether this feeling changes or not depends on what the government decides to do and, ultimately, on what the king decides to do. He still has the last word on absolutely everything. This has not changed yet.”

Nevertheless, the king has yet not fully delivered the key demand of the February 20th movement: a constitutional monarchy like the one in neighbouring Spain.

Although Morocco’s political system has gradually evolved from a strongly centralised monarchy to a parliamentary system, the reforms that have been implemented so far have minimally altered the balance of power between the king and his court, known in Morocco as the makhzen, and the parliament. Today, the king still retains much of the executive power.

Moreover, while the government has adopted measures to improve the economic situation in the country, there has been an increase in the unemployment rate. According to recent data issued by the Haut Commissariat au Plan, an independent government statistical institution in Morocco, the unemployment rate in the kingdom increased in the fourth quarter of 2015 by 0.8 points nationally – from 10.3 percent to 11.1 percent - from 9 percent to 9.9 percent in urban areas, and from 11.5 percent to 12.3 percent in rural areas.

The lack of political reform and the increase of the unemployment rate might translate into popular discontent, which favours IS’s recruitment efforts in the country.

Plenty of studies have demonstrated that IS capitalises on young Muslims whose prospect of a well-paying job in their home country is relatively low. Moroccan recruits are an example of these young Muslims.

Today, there are about 2,000 Moroccans fighting with IS in Syria and Iraq. The majority of them come from the northern and western parts of the kingdom, including major cities like Tangier, Salé, Casablanca, and Fez. These areas are all characterised by high youth unemployment rates.

“Youngsters have limited prospects in both rural and urban areas. It no longer matters if you hold a university degree. You might find yourself jobless anyway,” explained Salma, a 30-something teacher in the medina of Fez who has studied in Spain. “Youngsters become easily radicalised in this context. They seek to feel accomplished, to feel part of something big. And it does not matter if they are brilliant students or not. It depends on the fact that they see no other future.

"Most of my students here in the medina just inherit their respective family’s businesses. They might want to be doctors, engineers, but they end up selling pots to tourists,” she affirmed with discontent.

These areas are also characterised by the existence of local Salafi movements. Morocco’s failure to properly integrate the members of these movements into its political landscape contributes to IS’s recruiting campaign.

Historically, Morocco has implemented a security-based approach to local Salafi movements. As a security issue, it was primarily managed through the interior ministry and the domestic and foreign intelligence agencies, which all fall under king’s purview.

Even if there has been an effort to include these movements as part of the opposition forces in the political arena, many followers still feel repressed and fear repercussions. These feelings have motivated Moroccan recruits to join IS in Syria and Iraq, where they are part of a community.

The adoption of a more balanced approach in the aftermath of the Arab Spring has helped integrate groups that renounce violence. However, more needs to be done to guarantee security without sacrificing basic human rights and freedoms.

“For example, the king and the government could do a bit more to include moderate Salafi elements in the political process,” Ismail, a Moroccan graduate student conducting research in Spain, suggested. “They could, as well, include moderate Salafi elements into official religious bodies. This openness might prevent the radicalisation of Moroccan nationals, and deter them from joining IS in Syria and Iraq.”

The two roads of the intersection

Today, Morocco is the most competitive economy in North Africa, and a politically stable and terror-free country that attracts over 10 million of tourists every year.

This positive context might be at stake. Despite the political and economic progress that has taken place in Morocco in the past five years, Moroccans might grow tired of the current political stagnation, and take the streets again to demand further reforms.

Against this background, King Mohammed VI only has two options: he can either maintain the pace of reform – as well as retain his authority – or accelerate this pace and relinquish some of his power.

“I hope for the last option,” affirmed Mohammed, a Moroccan and Spanish national who does business with companies in Europe. “Insh’Allah,” he told me, with a smile on his face.

-Tania Ildefonso Ocampos is a Spanish political analyst who specialises in EU strategy in the Middle East. She is a former Schuman trainee (Euro-Med and Middle East Unit of the European Parliament's Directorate-General for External Policies), and holds an MA in Middle Eastern History from Tel Aviv University, Israel.

Photo: Moroccan supporters of the pro-reform February 20 Movement take part in a demonstration to mark the fifth anniversary the movement's creation at the Bab el Ahad Square, on 20 February, 2016 in the Moroccan capital Rabat (AA).