Nas Daily: Normalising Israel a minute at a time 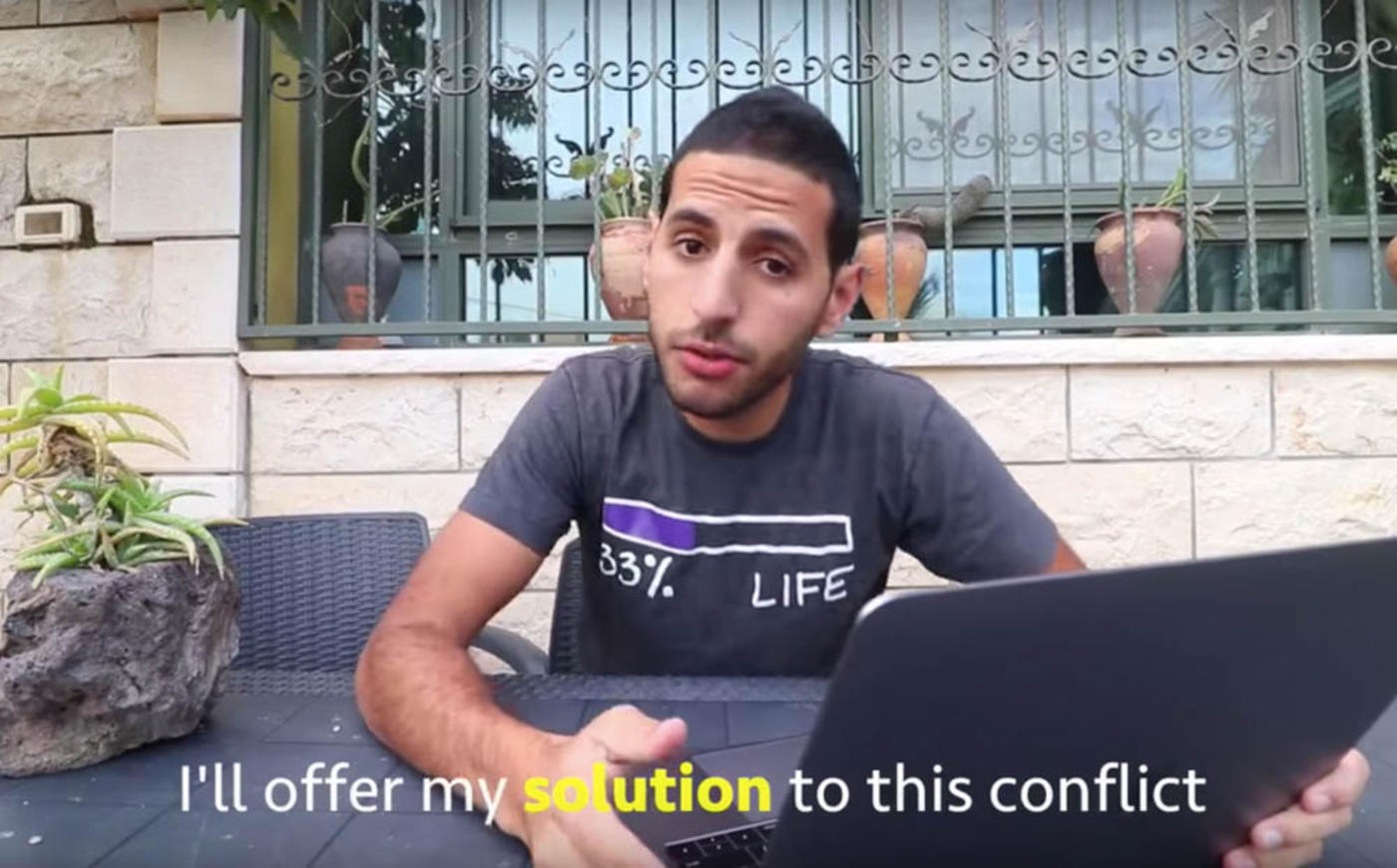 Some years ago, I stumbled upon a (now-defunct) website operated by the Israeli Ministry of Public Diplomacy and Diaspora Affairs, which encouraged Israelis travelling or living abroad to serve as “novice ambassadors” on behalf of the state of Israel by countering international “misconceptions” and “barbs of criticism” wherever they turned up.

The site’s stated aim was to “make it possible for each one of us to arm ourselves with information and pride in Israel’s global contributions and history and to present a more realistic image of Israel to the world”.

Among the inventory of “information” compiled for the benefit of the aspiring novice ambassador were factoids such as that “an Israeli invention for an electric hair removal device makes women happy all over the world” and that “Muslim terror takes place throughout the world with no connection to the Arab-Israeli conflict, the Palestinian issue, Israel-US relations or the existence of Israel and its policies”.

A Harvard graduate from the town of Arraba in the Galilee, Yassin quit his $120,000-per-year high-tech job in New York City in 2016 at the age of 24 to travel the world posting daily one-minute videos that are often gratingly chipper.

For a whole lot of Palestinians, it’s literally impossible to 'move on' when Israel continues to blockade, massacre and otherwise persecute them in an ongoing context of ethnic cleansing, occupation and colonisation

The one-minute formula is no doubt well-suited to the global non-attention span, while the perks of the Nas Daily brand aren’t hard to guess at.

A report in the Times of Malta, one of Yassin’s recent destinations, noted that the vlogger was lodged in an “executive suite in a top five-star hotel, whose corporate sales manager [said] she is happy to provide the suite free of charge in exchange for a single mention on Instagram”.

In 2017, Yassin explained his motivations as follows: “Look, I’m just a 25-year-old hairy kid who wants to live the best possible life… That’s it.”

But is that really it?

Author Steven Salaita, formerly the Edward W Said Chair of American Studies at the American University of Beirut, writes at Mondoweiss that, while Yassin’s exuberance and emphasis on “positivity” may enjoy broad appeal in a “seemingly broken world”, his discourse could in fact be read “as a field manual for collaboration”.

Consider Yassin’s one-minute explanation of the creation of Israel in 1948: “Some Palestinians left, some got killed, and some stayed in their land. My people stayed” - a rather blasé summary, to be sure, of the destruction of more than 400 Palestinian villages, the slaughter of several thousand Palestinians, and the expulsion of three-quarters of a million more.

Emphasising that he had chosen to “accept the borders of Israel and …  the new borders of Palestine” and “to move on”, Yassin proclaimed: “Because in life there are better and bigger things to focus on than the name of a piece of land!”

Fair enough, in theory - except that, for a whole lot of Palestinians, it’s literally impossible to “move on” when Israel continues to blockade, massacre and otherwise persecute them in an ongoing context of ethnic cleansing, occupation and colonisation.

On another occasion, Yassin presented his one-minute “solution to Israel and Palestine”, in which he declared that “one country for both people will not work” and proposed the creation of two countries with a border along the so-called Green Line of 1967. Israel would be required to remove its illegal settlements, and Palestine “to build a unified government that doesn’t call for violence at every chance”.

Never mind Israel’s seven-decade monopoly on violence, or the fact that the not-so-novel idea of a two-state solution has been consistently sabotaged by the Israelis.

In a 2004 interview with the Israeli newspaper Haaretz, for example, Dov Weisglass - senior adviser to then-prime minister Ariel Sharon - explained that the “significance” of Israel’s disengagement plan in the Gaza Strip was a “freezing of the peace process”, thanks to which “this whole package called the Palestinian state, with all that it entails, has been removed indefinitely from our agenda”.

Yassin’s deployment of the tired “both sides are to blame” mantra, which obscures what is clearly an aggressor-victim relationship, reached new levels last month when on 14 May Israel undertook to kill more than 60 Palestinians in Gaza.

Taking time out of his busy schedule of reporting on the luxury resorts and infinity pools of the Maldives, Yassin apologised for the interruption to regularly scheduled programming to weigh in on the events: “I am so sorry. I hate making political videos.”

In the end, the political intervention consisted of decreeing that “it’s not black or white” and that “if you stand with one side and one side only, you are wrong”, because “I can name a hundred things we as Palestinians (and Arabs like in Egypt and Jordan) did wrong in the past 70 years, and the same goes to Israel”.

The message was surely appreciated by the nearly two million Palestinians in Gaza trapped in a besieged coastal enclave and ineligible for floating breakfast service in the Maldivian sea.

Despite his professed aversion to politics, even Yassin’s seemingly superficial content - from floating in the Maldives to dancing in Swaziland to exclaiming over couscous in Morocco - is fundamentally politicised by virtue of his promotion by various Israeli media as some sort of national treasure. The Jerusalem Post, for one, advertises him as the “Israeli-Arab Facebook Star”.

Indeed, Facebook stardom is a fine example of the glorious lives Palestinians might lead if only they would cease griping about Israel and “move on”.

When in October 2017 Yassin produced a video titled “This is not okay” - in reference to a situation in which Kuwait Airways would not allow him to fly from New York to India on an Israeli passport and paid for him to fly on Qatar Airways instead - Israeli outlets eagerly gobbled up the news. The Times of Israel announced that Yassin had “blasted [Kuwait] for boycotting the Jewish state in a video viewed over 400,000 times” and highlighted his opinion that “this stupid ban is pure politics”.

As Salaita observes: “The easiest way for a Palestinian to earn a mass audience is by appeasing liberal Zionist anxieties. Yassin has proved an adept study; Nas Daily excels at the unoriginal.” In other words: Yassin “doesn’t seem to understand, or care, that he merely repeats the same bromides proffered by Western diplomats, politicians, intellectuals, pundits, and broadcasters for almost five decades”.

While one-minute vlogs may be an ideal business model in a techno-capitalist world in need of daily flashes of cheery banality, the attendant whitewashing of oppression is downright anti-human

What Yassin’s successful performance translates into, of course, is a normalisation of Israeli colonialism and occupation and the sanitisation of a crime-ridden landscape. Even his cursory criticism of Israel ultimately works on the state’s behalf, providing the illusion of a lively culture of democratic dissent.

Business Insider quotes Yassin as describing his line of work as one in which he makes videos “about people’s stories in a way that is human”.

But while one-minute vlogs may be an ideal business model in a techno-capitalist world in need of daily flashes of cheery banality, the attendant whitewashing of oppression is downright antihuman. 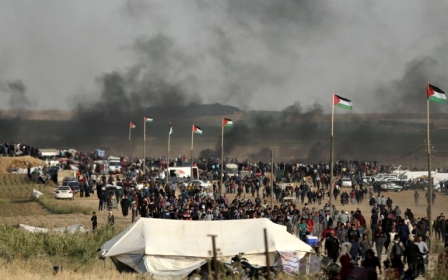