Nazanin Zaghari-Ratcliffe, Boris Johnson and a century of Anglo-Iranian suspicion

Mahan Abedin
The detention of a dual national in Iran speaks to continuing volatility in Anglo-Iranian relations. But skillful diplomacy may save the day 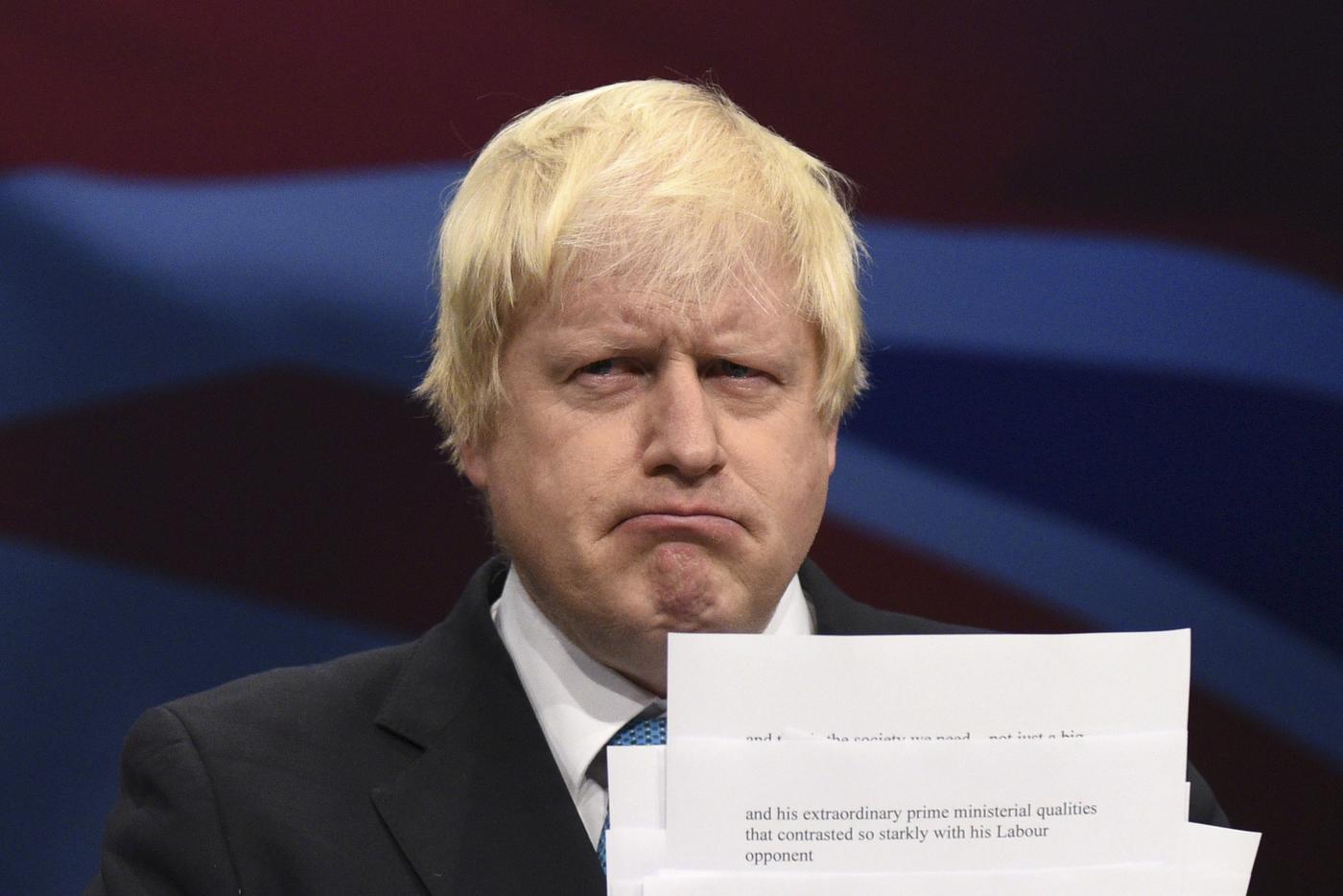 Predictably, UK-Iran relations are once again back in the headlines for all the wrong reasons. After a brief thaw in tensions, marked by the restoration of relations to ambassadorial level in September 2016, prospects of sustained improvement is being undermined by the detention of a dual national in Iran.

The plight of Nazanin Zaghari-Ratcliffe, a British-Iranian woman arrested in Tehran in April 2016 and accused by Iran's Revolutionary Guards of espionage and attempting to overthrow the country's leadership, has not been helped by the latest gaffe of the UK’s foreign minister.

Addressing a committee of British parliamentarians, the foreign secretary, Boris Johnson, diverged from the standard line on her case by stating that Zaghari-Ratcliffe had been in Iran to "simply teach people journalism".

The case continues to cause controversy in the UK, as demonstrated by Environment Secretary Michael Gove's assertion that he "doesn't know" what Zaghari-Ratcliffe was doing in Iran.

This latest statement, which contradicts the official line that Zaghari-Ratcliffe was simply on holiday in Iran, paints a picture of confusion and cross-purposes inside the British government.

Zaghari-Ratcliffe’s former employer, the Thompson Reuters Foundation, and her family insist that she was simply on a family holiday in Iran where she was arrested at the Imam Khomeini international airport in April 2016.

Contrary to the wishes of both the British and Iranian governments, this case risks escalating into a diplomatic standoff, thus undermining recent efforts to place bilateral ties on a stable footing.

What is needed right now is skilful UK diplomacy and Iranian pragmatism to resolve the case. Global trends have rarely been so conducive to improving bilateral relations. Following last year’s Brexit referendum, the UK is conducting a reappraisal of its global role and improving relations with Iran is one of the top priorities.

For its part, Iran needs stable relations with the UK to both consolidate its regional gains and to manage tensions with the United States

It is indicative of the inherent volatility and fragility of Anglo-Iranian relations that the fate of a single individual can become so consequential to bilateral affairs. Understanding this fragility is impossible without reference to the historical context.

Anti-British paranoia is deep-rooted in Iran and essentially stems from the “Great Game” of the 19th century when the British and Russian empires competed for geopolitical control and influence in central and western Asia. Iran was central to this geopolitical contest; one reason the country escaped full-fledged colonisation.

But the subtle manner of British entry into Iranian political life – and the skilful manipulation of the country’s elites – has left an enduring impression in Iran of a conniving and duplicitous Great Britain. This impression was reinforced in the 20th century by the UK’s control of the Iranian oil industry and concerted British attempts to block oil nationalisation.

Known as “Operation Ajax”, and led by the American Central Intelligence Agency, the August 1953 coup continues to be a source of resentment and division in Iranian politics. Undoubtedly it was one of the major contributing factors to the Iranian revolution quarter of a century later.

UK-Iran ties entered into a deeply uncertain and volatile phase following the Islamic Revolution of 1979. In keeping with Iranian political culture, the new establishment in Tehran was obsessed with the UK’s global role and Britain’s putative ability to influence domestic Iranian politics.

The ideological nature of the new Iranian state – coupled with its enhanced geopolitical ambitions – added a new layer of suspicion and volatility to the tortured relationship with the UK. The Islamic Republic was also keen to establish a foothold inside UK politics, similar to how the UK had entered Iranian political life more than a century earlier.

The Salman Rushdie affair of 1989 was the first major crisis in post-1979 Anglo-Iranian relations. Stripped of its religious component, the affair symbolised Iran’s attempt at interfering in domestic UK politics, by influencing Britain’s Muslim population.

It took nearly a decade after the Rushdie affair for relations to stabilise, but even so bilateral ties were still periodically subject to fits and starts as Iran and the UK continued to clash over a range of regional and international issues.

The next big crisis came in November 2011 when Iranian demonstrators attacked the British embassy in Tehran. The incident was largely stage-managed by elements in the Iranian establishment who were enraged by the UK’s lead role in containing Iran’s nuclear programme.

Why relations have been improving

Following the signing of the landmark nuclear accord (known as the Joint Comprehensive Plan of Action or JCPOA) in July 2015 Anglo-Iranian relations have been improving, as demonstrated by the exchange of ambassadors in September 2016.

The Iranian government is strongly committed to the JCPOA and regards it as central to avoiding conflict with the United States. The UK’s commitment to the JCPOA, even in the face of outright hostility to the deal in Washington, is an important development in Anglo-Iranian relations.

The Iranian establishment tends to view the UK’s global role as an extension of US hegemony, therefore the UK-US divergence on the JCPOA will help create a new British profile in the minds of Iranian leaders and policymakers. Moreover, the prospect of driving a wedge between the UK and the US is too good an opportunity to miss for Iranian strategists.

For its part, the UK is keen to seize economic and investment opportunities in Iran following the lifting of nuclear-related sanctions. To that end, a British green investment company has recently signed the biggest commercial deal with Iran since the 1979 revolution, which envisages the construction of one of the world’s largest solar power farms in the country.

More broadly, following its anticipated departure from the European Union, the UK is conducting a reappraisal of its global role and standing. Improving relations with regional powers like Iran appears to be central to the new UK strategy of maintaining global influence post-Brexit.

Despite the thaw in relations, Iran and the UK are not friends, as they continue to eye each other with suspicion and even fear. A remarkable feature of this highly difficult relationship is that throughout the decades of suspicion and even outright hostility, Iran has continued to maintain a substantial presence in the UK.

Indeed, the Islamic Republic runs important political, media and even religious outreach operations from London. The grandly titled “Islamic Centre of England”, housed in the affluent London district of Maida Vale, is directly supervised by the office of the Iranian leader Ayatollah Khamenei.

Whilst there is currently a lot of attention on detained dual nationals, the fact remains that hundreds of thousands of dual nationals continue to travel to Iran on a regular basis without facing any problems

One of Khamenei’s closest confidantes, Ayatollah Mohsen Araki, used to serve as the leader’s personal representative to the United Kingdom.

On the face of it this case has two overriding features. First, Zaghari-Ratcliffe is highly unlikely to have posed a genuine threat to Iranian national security. If that was the case she would have been dealt with by the Ministry of Intelligence and Security, who have an exclusive mandate over UK-related security cases.

Instead, Zaghari-Ratcliffe was detained by the intelligence section of the Islamic Revolutionary Guards Corps, who have no expertise or mandate on UK-related affairs.

Second, contrary to what her family and former employer maintain, Zaghari-Ratcliffe may have broken Iranian law in the past (though not necessarily on her last fateful trip) as part of her work with BBC Media Action. The BBC charitable body provided training to Iranian journalists, some of whom were later convicted for participating in the Media Action courses.

The Iranian authorities are extremely sensitive to any connection between the BBC - in particular its Farsi-language service (to which Zaghari-Ratcliffe was not connected) - and Iranian journalists. Working or collaborating extensively with the Farsi language services of British and American broadcasters is an offence in Iran which often invites heavy punishments

Whilst there is currently a lot of attention on detained dual nationals, the fact remains that hundreds of thousands of dual nationals continue to travel to Iran on a regular basis without facing any problems.

Regardless of the facts in the Zaghari-Ratcliffe case, it is clear that she has been subjected to unfair and disproportionate punishment. Boris Johnson's upcoming visit to Iran is an opportunity to not only secure Zaghari-Ratcliffe's release but more broadly to maintain the upward swing in Anglo-Iranian relations. 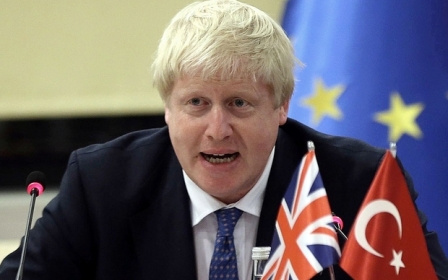