Shahir Shahidsaless
The Iran nuclear pact has spurred the missile deal, and Obama’s surprise ease suggests US sees it as helpful to bring hawks into line 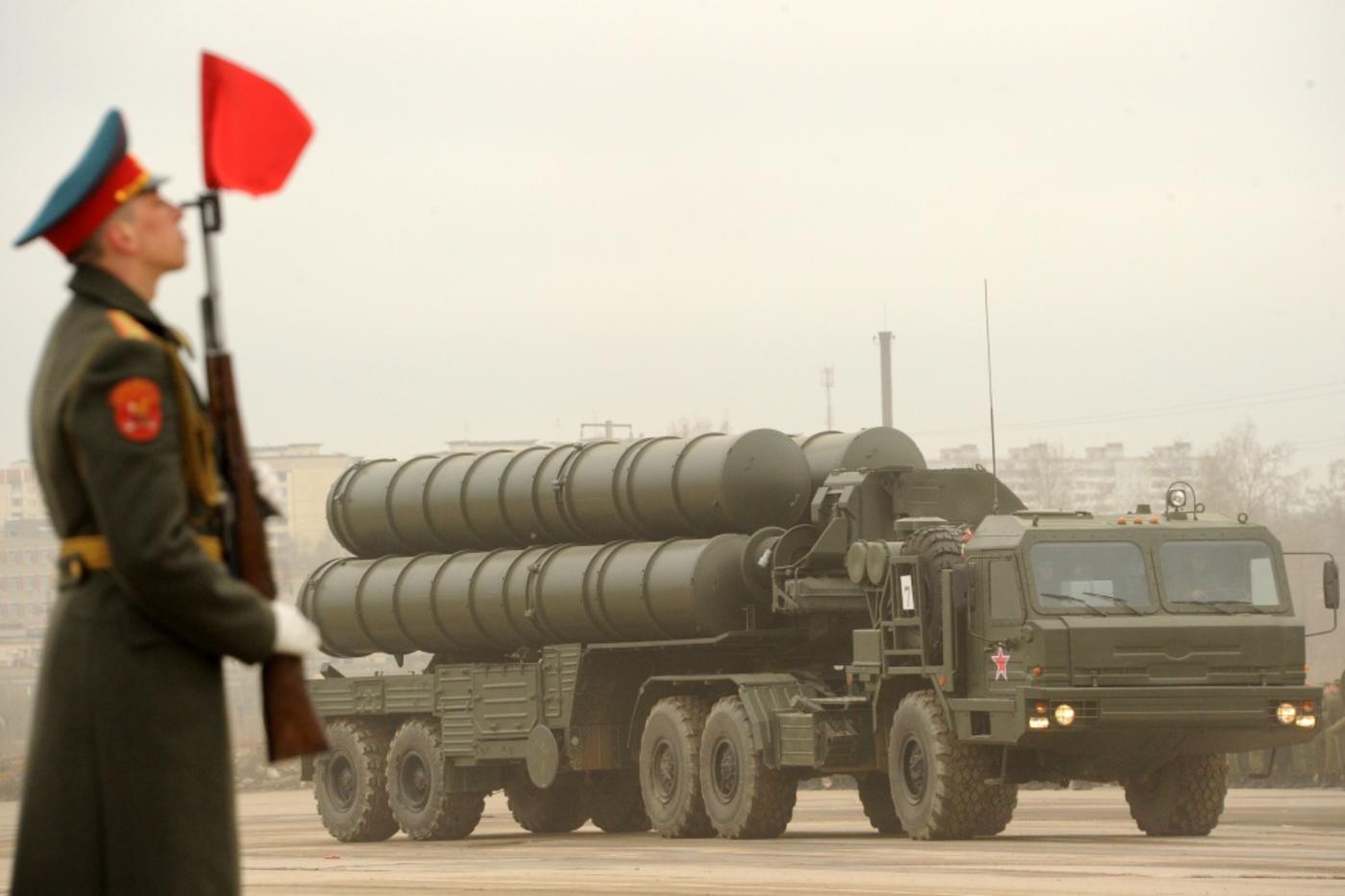 On 13 April, Russian President Vladimir Putin, signed a decree to lift the ban on the S-300 air-defence missile system to Iran. Tass, the Russian news agency, reported that the decree was effective immediately.

The S-300, one of the most advanced anti-aircraft missile systems in the world, has a reported ability to track up to 100 targets simultaneously while attacking up to 12 at the same time. It has a range of about 150 kilometres and can hit targets at altitudes of 27,000 meters (90,000 feet).

The $800 million contract to deliver the system to Iran was signed in 2007 but was suspended in 2010 by then Russian President Dmitry Medvedev. The suspension, according to the Russians, was made in accordance with UN sanctions imposed on Iran due to its disputed nuclear programme. In turn, Tehran filed in the Geneva Arbitration Court a $4 billion lawsuit against Russia.

Why did Russia lift the ban?

Some observers maintain that Russia's latest decision is a reaction to Western sanctions imposed on Russia over their maneouvrings in Ukraine. Western countries, including the United States, accuse Moscow of covertly deploying troops and weapons to back pro-Moscow separatists in Ukraine. Moscow denies the accusations.

Last year, when tension between Russia and the West over Ukraine was at its peak, some experts asserted that Russia would put in play its S-300 card. That did not happen. Given that the ban's lifting has come at a much later date than expected - and, more importantly, that major retaliatory measures have already been taken by Russia against Western countries - the theory that the sudden decision is a counter to the West’s policies in Ukraine does not seem convincing.

Another explanation for Putin’s decision could be what Sergey Lavrov, the Russian Foreign Minister, recently said: “A modern air defense system is now very relevant to Iran, especially taking into account the severe escalation of tensions in neighbouring areas and especially the rapid development of military activity in Yemen in recent weeks.”

According to a Daily Beast report: “Many US defence officials from the Air Force, Navy, and Marine Corps agree that the Russian missile system effectively renders entire regions no-go zones for conventional jets … [and] only high-end stealth aircraft like the $2.2 billion B-2 Spirit - of which the Air Force has exactly 20 - and the high-performance F-22 Raptor [and] … F-35 joint strike fighter … [will be able] to operate inside those zones.”

However, the report goes on further to say that several military experts contend that “no warplane now operating can remain inside those well-defended areas for long”.

If Iran were to obtain the S-300 system, that would be “a complete game changer. … That thing is a beast and you don’t want to get near it,” a senior US Marine Corps aviator told The Daily Beast.

Now, more than ever, Iran’s security is important for Russia. Russian leaders view Iran as a regional power and a long-term potential partner, as both countries are strategically opposed to US hegemony, more so the Russians who are against a unipolar world. In fact, the two countries’ close cooperation in Syria stems from this ideological factor.

Although it is true that Iran’s stability is paramount to Moscow, that alone cannot be Russia's driving force in lifting the S-300 ban. A Saudi attack on Iran without the operational support of the US would be irrational. Israel, the most powerful military in the region, did not “go it alone” on striking Iran. But then US participation in a war against Iran also does not pass a rational examination.

Iran and the US, now moving into a state of détente, each hope to resolve Iran’s nuclear crisis and later align their interests in fighting Salafi extremists, resolving the Syrian crisis, and perhaps the unfolding crisis in Yemen.

The announcement of the end to Saudi airstrikes last week, only stalled them briefly and strikes were reported in several provinces, and coalition warships attacked the port city of Aden on Sunday.

So what was behind Russia's decision?

While the aforementioned factors may have occupied a space in Russian calculations, their primary motivation is the view that the recent nuclear talks may be successful, thus ending Iran’s sanctions and international isolation, which could lead to a stampede of businesses in a humongous, untapped market.

Javad Zarif, Iran's foreign minister, said, “This step will eliminate one of the problematic points in the relations with Russia.”

Leonid Ivashov, a former Russian general who now heads the Centre for Geo-Political Analysis think tank in Moscow, said the move was actually part of a race for future business in Iran.

Last September, the two countries signed projects worth $70 billion euros to develop their trade and economic ties in an array of sectors including heavy industries, mining, trade, agriculture, tourism, banking, technology, electricity, but mainly gas and oil. The projects were grounded due to sanctions, however.

Russia desperately needs Iran’s market. Pressures resulting from Western sanctions and the fall in oil prices have caused the Russian economy to contract. The ruble has been devalued, capital outflow has increased, and Russia’s international reserves have fallen drastically, from $510 billion in January 2014 to $360 billion this February.

Since the 1979 seizure of the American embassy in Tehran and the ensuing hostage crisis, the White House’s key strategic objective has been limiting Iran’s military capabilities. It was with this strategic thinking that President Obama pressured Moscow to refrain from delivering the S-300 system to Iran.

One would naturally expect Obama to at least criticise the Russian move, given that if the delivery materialises, it could make the White House's long-time “all options on the table” mantra look hardly practical and thus lead to a more assertive Iranian stance in the region.

To many experts’ surprise, however, Obama not only abstained from criticism but even justified the ban's lifting.

“I’m frankly surprised that [the ban on theS-300 delivery to Iran] held this long, given that they were not prohibited by [UN Security Council] sanctions from selling these defensive weapons,” remarked Obama.

He added, “This is actually a sale that was slated to happen in 2009, when I first met with then-Prime Minister [Vladimir] Putin. They actually stopped the sale, paused or suspended the sale, at our request.”

“Jaws dropped” throughout Israel’s Channel 10 News studio, said Ben Caspit, the diplomatic commentator. The station’s news anchor said, “He’s amazed that the Russians honoured an agreement with him [for this long]? That’s what is astonishing.”

While the Obama administration is in a clear battle with its opponents over a nuclear deal with Iran, could Obama’s reaction mean that Russia may have received a wink or a nod from the Obama administration to go ahead with the deal in order to disarm Israelis and Congressional hawks by making military options in Iran nearly impossible, leaving them with a nuclear deal as the only viable option?

- Shahir ShahidSaless is a political analyst and freelance journalist writing primarily about Iranian domestic and foreign affairs. He is also the co-author of “Iran and the United States: An Insider’s View on the Failed Past and the Road to Peace,” published in May 2014.

Photo: A Russian surface-to-air missile system S-300 PMU2 Favorit rolls during a rehearsal of the Victory Day Parade in Alabino, outside Moscow, on 18 April, 2012 (AFP).