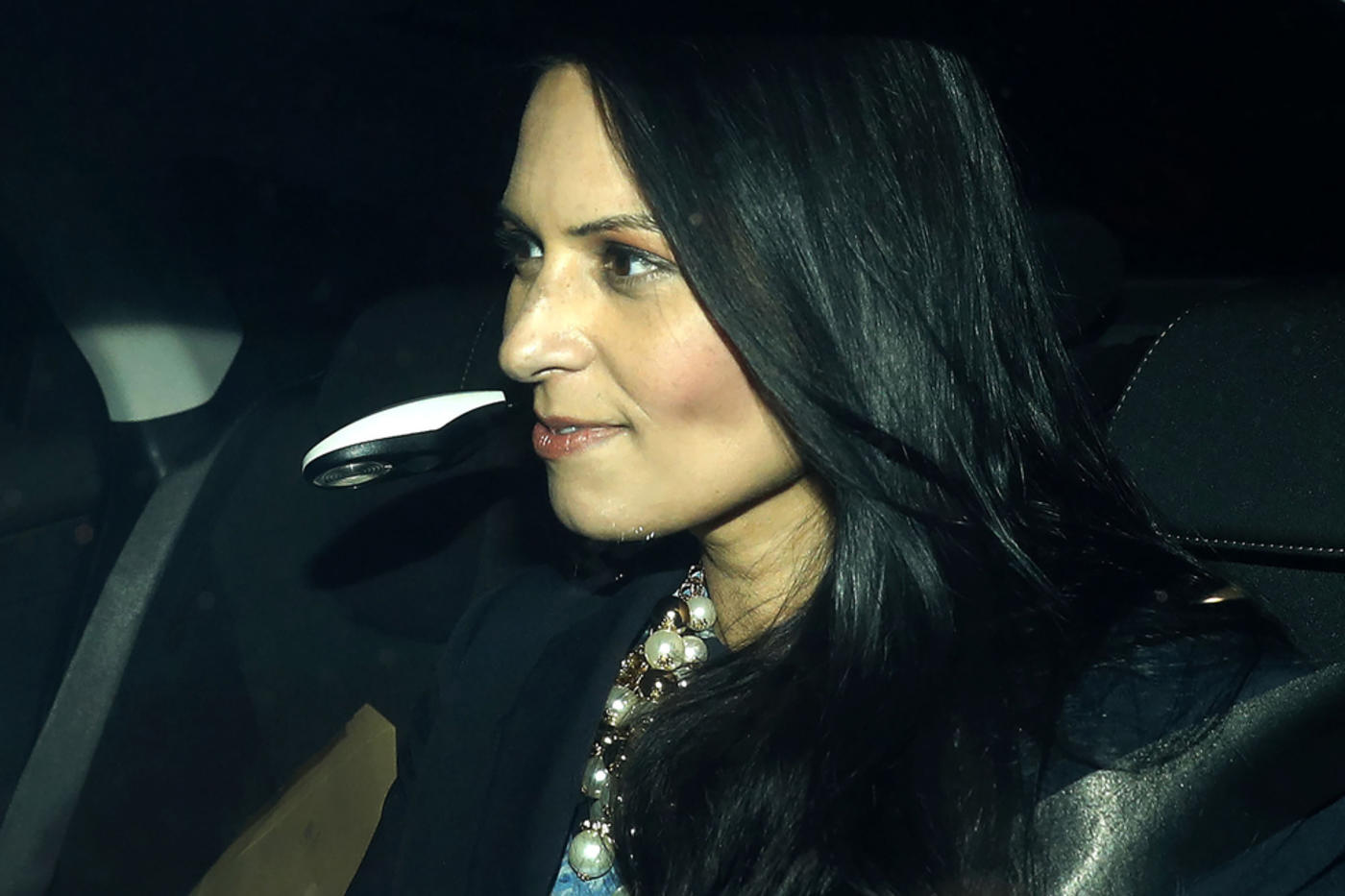 Tory minister Priti Patel was forced to resign on Wednesday evening over her lack of candour about meetings she had during a purported holiday in Israel, and not without justification.

Ministerial meetings with foreign contacts are supposed to be coordinated with the Foreign and Commonwealth Office to maintain professionalism and integrity of foreign policy.

Keeping them secret from your colleagues is the stuff that keeps not only journalists busy but counterintelligence professionals as well. Patel’s numerous apparent attempts to mislead and conceal details about those contacts, even after the BBC’s dogged diplomatic editor James Lansdale publicly unravelled them, is what ultimately caused her downfall.

But the fact that those contacts involved Israel also mattered. The affair marks a data point in the shift of Israel’s image in Western intellectual circles from strategic asset to “toxic liability”.

To put Patel’s resignation in context, it is worth going back to the government’s fleeting and dismissive response to Al Jazeera’s four-part investigative expose "The Lobby,” broadcast in January this year.

In this project, an undercover reporter named “Robin” volunteered to work within Britain’s pro-Israeli community. Along the way, Shai Masot, a senior political officer in the Israeli embassy in London, recruited Robin to assist him, unaware of the fact that every interaction was being recorded over a period of several months.

Al Jazeera caused a storm when it broadcast clips from a dinner where Israel’s “diplomat” (and I use quotes here because so much remains murky about Masot’s actual status) casually brainstormed with a British civil servant about how to politically kneecap certain British MPs.

Al Jazeera’s investigation disrupted the plot, in part because one of the targets of these machinations was Sir Alan Duncan, a well-regarded Tory MP. He not only lived to tell about his criticisms on illegal Jewish settlements in the Occupied Territories, but became a junior foreign office minister in Theresa May’s government in spite of it.

Duncan’s friends across the political spectrum did not take the threats against him lightly, and minutes after Al Jazeera’s very first promo went on air, official apologies were in the offing.

While the alarming discussion about Duncan generated headlines everywhere, the investigation was primarily focused on exposing the mosaic of Israeli embassy activities.

This amounted to a sophisticated and well-funded campaign by the Israeli Ministry of Strategic Affairs to smear and discredit British activists and critics of Israel alike - on British soil - including members of the Boycott, Divestment and Sanctions (BDS) movement.

Anyone surprised that Israel is meddling in UK politics, hasn't watched The Lobby.

Israel has singled out - and still considers - Britain as the hub of Western activism and criticism against Israeli apartheid, a spoiler to its reputation and drag on its free hand to punish and oppress Palestinians.

The activities of the Israeli ministry were causing alarm inside the London embassy itself. Months before the Al Jazeera broadcast in September 2016, Ha’aretz newspaper reported how the Israeli embassy in London cabled its concern to Tel Aviv that the Ministry of Strategic Affairs was putting the embassy in legal jeopardy for “operating” British Jewish organisations, in violation of British law.

When Al Jazeera revealed that activity on camera, the activities of ministry’s top official, Gilad Erdan, came into sharp relief.

At a low budget London hotel ballroom speaking “off the record” to British admirers of Israel, our undercover reporter recorded Erdan’s uncompromising views. He plainly admitted that he “grew up with the ideology that the land of Israel totally belongs to the Jewish people - not any compromise, morally, biblically”.

Erdan told his guests that he was not troubled by the lack of a two-state solution or illegal settlements. Instead he decried Britain’s rising chorus of criticism against Israel for prolonging the occupation. That criticism, championed by BDS supporters, “is a strategic threat to the future of Israel,” Erdan declared.” He urged Britain’s help in countering it, saying, “if we allow them to continue with all the lies that they are spreading against Israel, we will lose this fantastic young generation and maybe from here, they will be the next leaders of the UK.”

Who better to represent that young generation of pro-Israeli Britons that Priti Patel. She was - by all accounts, at least until her resignation this evening - on her way up the ladder, even talked about as a future “leader of the UK”.

After the BBC outed her undeclared meetings, Patel confessed to seeing Erdan, claiming it was to discuss “growing anti-Semitism” in British politics.

That holds a special irony considering Erdan and the ministry officers and ex-spies he employs have been quietly fanning passions in Britain by falsely conflating criticism of Israel with anti-Semitism. The Labour Party and its popular leader Jeremy Corbyn took the brunt of this activity in 2016.

Undeterred by being outed not only by Al Jazeera but also various Israeli journalists, Erdan continues to step up activities to suppress political opposition both at home and abroad, detaining activists at Ben Gurion airport, making a database of Israeli critics, even directing legal challenges in the US to try and take away the ability of individual Americans to choose whether to buy Israeli goods or not.

The last international development secretary who criticised Israeli occupation - Sir Alan Duncan - became a political target of Israel. Perhaps Patel thought she was earning brownie points with Erdan and that the Israeli leadership might help advance her quest to reach the top job?

After all, what matters of foreign aid were required by a security figure like Erdan to warrant such a meeting, much less a tweet, after their undeclared confab took place? For Erdan, a man who is tone deaf to Britain’s growing resentment of Israel across all political divides, the photo of the two smiling on the shores of the Thames sent a message: that the man responsible for waging war against Israeli critics ostensibly has friends in high places.

But looks can be deceiving. When Patel views the photo tomorrow, it will no doubt be a memento marking the beginning of the end, a tribute to her stale thinking that playing the “Israel” card in domestic British politics is a guaranteed bet.

True to the Bob Dylan lyric, “Times, they are a changin’."

Clayton Swisher is the Doha-based director of investigative journalism with Al Jazeera Media Network. The views represented here are his alone and do not necessarily reflect the views of Al Jazeera.