The real politics behind the US war on IS 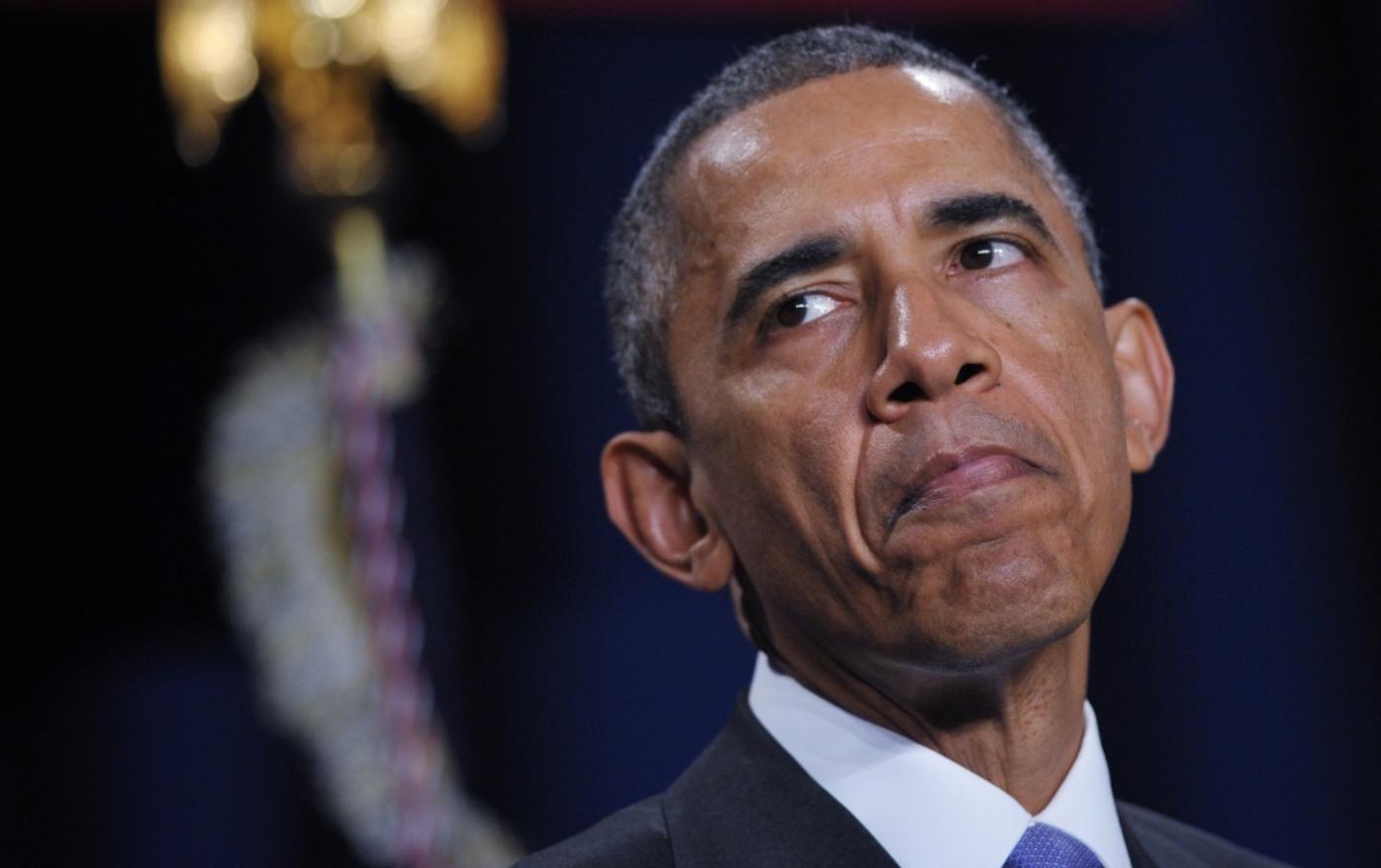 The US war on the ‘Islamic State in Iraq and the Levant’ or ISIL, also known as Islamic State of IS - the single biggest development in US foreign policy during 2014 - continues to puzzle those looking for its strategic logic. But the solution to the puzzle lies in considerations that have nothing to do with a rational response to realities on the ground.

In fact, it is all about domestic political and bureaucratic interests.

Ostensibly the US-led military effort is aimed at “dismantling” the “Islamic State” as a threat to the stability of the Middle East and to US security. But no independent military or counter-terrorism analyst believes that the military force that is being applied in Iraq and Syria has even the slightest chance of achieving that objective.

As US diplomats freely acknowledged to journalist Reese Ehrlich, the airstrikes that the Obama administration is carrying out will not defeat the IS terrorists. And as Ehrlich elaborates, the United States has no allies who could conceivably take over the considerable territory IS now controls. The Pentagon has given up on the one Syrian military organisation once considered to be a candidate for US support – the Free Syrian Army.

Last August, counter-terrorism analyst, Brian Fishman wrote that no one had “offered a plausible strategy to defeat [IS] that doesn’t involve a major US commitment on the ground….” But Fishman went further, pointing out that [IS] actually needs the war the United States is providing, because: “[W]ar makes the jihadist movement stronger, even in the face of major tactical and operational defeats.”

Furthermore, IS itself must be understood as the consequence of the worst of the succession of US military campaigns since the 9/11 era - the US invasion and occupation of Iraq. The US war in Iraq was primarily responsible for created the conditions for foreign Islamic extremists to flourish in that country. Furthermore, the groups that coalesced ultimately around IS learned how to create “adaptive organisations” from a decade of fighting US troops, as then Defence Intelligence Director, Michael Flynn has observed. And finally, the US made IS the formidable military force that it is today, by turning over billions of dollars of equipment to a corrupt and incompetent Iraqi army that has now collapsed and turned over much of its weaponry to the jihadist terrorists.

After thirteen years in which administration and national security bureaucracies have pursued policies across the Middle East that are self-evidently disastrous in rational security and stability terms, a new paradigm is needed to understand the real motivations underlying the launching of new initiatives like the war on IS. James Risen’s masterful new book, Pay Any Price: Greed, Power and Endless War, shows that the key factor in one absurdly self-defeating national security initiative after another since 9/11 has been the vast opportunities that bureaucrats have been given to build up their own power and status.

In addition, historical evidence reveals a pattern of presidents pursuing military adventures and other policies because of the waves of public opinion or the fear that their national security advisers would accuse them being soft on the enemy or national security in general. In the case of Obama, both factors played a role in the creation of the war on IS.

The Obama administration viewed IS forces’ June takeover of a series of cities in the Tigris Valley in Iraq as primarily a political threat to the administration itself. The norms of the US political system required that no president can afford to look weak in responding to external events that create strong public reactions.

His last interview before retiring as Defence Intelligence Agency Chief – published the very day the bombing of IS targets began on 7 August - General Michael Flynn commented: “Even the President, I believe, sometimes feels compelled to just do something without first saying, ‘Wait! How did this happen?’”

Then, in retaliation for US airstrikes, IS carried out the beheadings of American journalist James Foley and American-Israeli journalist Steven Sotloff, raising the political cost of not taking stronger military action against the new villains of popular media. Even after the first gruesome IS video, however, Deputy National Security Advisor, Ben Rhodes told reporters on 25 August that Obama was focused on protecting American lives and facilities and the humanitarian crisis, “containing” IS where they are and supporting advances by Iraqi and Kurdish forces.

Rhodes also emphasised that IS was a “deeply-rooted organisation”, and that military force could not “evict them from the communities where they operate”. That caution suggests that Obama was wary of an open-ended commitment that would leave him vulnerable to being manipulated by the military and other bureaucracies.

Barely a week after the second beheading, however, Obama committed the United States to cooperate with “friends and allies” to “degrade and ultimately destroy the terrorist group known as [IS]”. Instead of mission creep, it was a breath-taking “mission leap” from the administration’s policy of limited strikes less than three weeks earlier. Obama raised the highly imaginative justification that a long-term military effort against IS was necessary to prevent a threat to the United States itself. The supposed rationale was that terrorists would train large numbers of Europeans and Americans who were flocking to Iraq and Syria to return to carry out “deadly attacks”.

Significantly Obama insisted in the statement on calling it a "comprehensive and sustained counterterrorism strategy” - but not a war.  Calling it a war would make it more difficult to control mission creep by giving new military roles to various bureaucracies, as well as to finally bring the operation to a halt.

But the military services and the counter-terrorism bureaucracies in the CIA, NSA and Special Operations Command (SOCOM) viewed a major, multi-faceted military operation against ISIL as a central interest. Before ISIL’s spectacular moves in 2014, the Pentagon and military services faced the prospect of declining defence budgets in the wake of a US withdrawal from Afghanistan. Now the Army, Air Force and Special Operations Command saw the possibility of carving out new military roles in fighting ISIL. The Special Operations Command, which had been Obama’s “preferred tool” for fighting Islamic extremists, was going to suffer its first flat budget year after 13 years of continuous funding increases. It was reported to be “frustrated” by being relegated to the role enabling US airstrikes and eager to take on ISIL directly.

On 12 September, both Secretary of State, John Kerry and National Security Adviser, Susan Rice were still calling the airstrikes a “counterterrorism operation”, while acknowledging that some in the administration wanted to call it a “war”. But the pressure from the Pentagon and its counter-terrorism partners to upgrade the operation to a “war” was so effective that it took only one day to accomplish the shift.

The following morning, military spokesman, Admiral John Kirby told reporters: “Make no mistake, we know we are at war with [IS] in the same way we are at war, and continue to be at war, with al-Qaeda and its affiliates.” Later that day, White House press secretary, Josh Ernst used that same language.

Under the circumstances that exist in Iraq and Syria, the most rational response to IS’s military successes would have been to avoid US military action altogether. But Obama had powerful incentives to adopt a military campaign that it could sell to key political constituencies. It makes no sense strategically, but avoids the perils that really matter to American politicians.