Saif al-Islam as Libya's president? No, he belongs to the autocratic era of Gaddafi 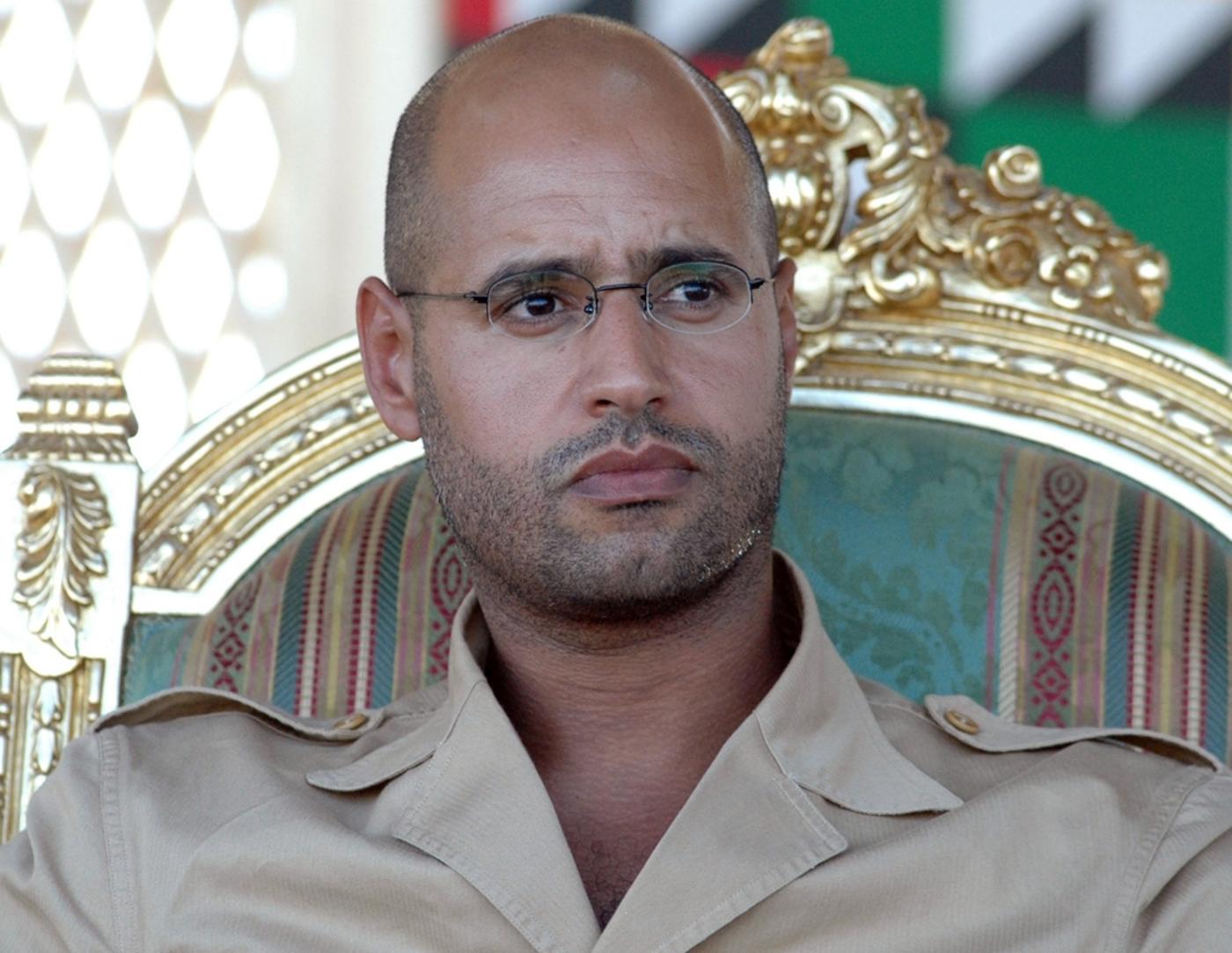 In a press conference held in Tunis on Monday 19 March, an official from the Libyan Popular Front party, Ayman Abu Ras, who claimed to be speaking on behalf of Saif al-Islam Gaddafi, said that the 47-year-old son of the country's late dictator will run for president in the next Libyan election.

The following day, however, the Zintan militia that has been holding Saif al-Islam captive since 2011, the Abubakr al-Siddiq brigade, said on its official Facebook page that Saif al-Islam denied he had ever authorised anyone to make such a statement on his behalf.

The heir in waiting

Saif al-Islam Gaddafi is the eldest son of Muammar Gaddafi from his second wife. He has been involved in Libyan politics since 2002 and played a crucial role in the secret contacts between his then internationally isolated father and major western countries, like the US and UK.

When in the West, Saif al-Islam adopted a totally different narrative from the revolutionary, anti-imperialist tone that his father once embraced. Instead, he portrayed himself as a reformist and a human rights advocate. He was unofficially projected and tipped to be the heir in waiting and most likely successor to his father to rule Libya.

In the same year, Saif al-Islam enrolled in the PhD programme at the London School of Economics (LSE) in an attempt to boost his image as a highly educated reformer.

However, as soon as the popular uprising against Gaddafi's regime broke out in February 2011, Saif al-Islam backed his father's attempts to crush the uprising by force. He was even filmed publicly brandishing a gun and urging his supporters to destroy those who were trying to topple his father's rule.

What shocked - and disappointed - many of Saif al-Islam's friends and associates, especially in Western countries who truly believed he was a genuine reformer, is the hawkish stand he immediately took against peaceful protesters.

He also famously appeared on Libyan television pointing his finger and effectively telling the Libyans that "we either rule you or we kill you". British media outlets that reported on the incident said that he was very much "his father's son".

The International Criminal Court (ICC) started investigating the Gaddafi regime's brutality against Libyan protesters shortly after the uprising broke out. On 27 June 2011, the ICC issued an arrest warrant against Saif al-Islam , his father and one other top security chief demanding that all three stand trial in The Hague for crimes against humanity.

The ICC has never managed to get hold of Saif al-Islam but he was arrested on 19 November 2011 by a Libyan group in the south west of Libya. He was then handed over to the Abubakr al-Siddiq brigade from the city of Zintan where he has been held ever since.

In early June 2012, the ICC sent a team of four people to meet with him in his captivity in Zintan. The team was arrested immediately after the meeting when one of its members, an Australian lawyer named Melinda Taylor, was accused of carrying special documents for Gaddafi's son to sign.

It was then rumoured that had he been able to sign them, these documents would have allowed for some of his close aides to access large sums of money in bank accounts abroad and use it to help get him out of Libya.

In July 2015 Saif al-Islam was put on trial in absentia by a Libyan court in Tripoli. He was sentenced to death for crimes against the Libyan people along with eight other senior figures of the Gaddafi regime.

This court sentence, unless reversed or quashed by the same or higher court, does not make Saif al-Islam eligible for any political amnesty like the one supposedly issued by the House of Representatives (HoR) parliament in Tobruk in 2016. Legal experts say articles of this amnesty law do not apply to the case of Saif al-Islam with his court sentence still in place.

Is he a free man?

Libyan lawyer Khaled al-Zaidi, who claims to represent Saif al-Islam, told the media in Tunisia that Gaddafi's son was freed, but preferred not to reveal his location for security reasons.

Considering the confusing reports about his release and, in the absence of any convincing footage proof that he is a free man, it seems most likely that Saif al-Islam is still held in Zintan under close monitoring, despite the misleading official release statements.

Not eligible for running

Presidential elections in Libya are not scheduled anytime soon and have not yet been agreed upon while the political divisions and conflict continues.

Nevertheless, one of the crucial issues Libyans are currently debating is whether to hold elections before or after agreeing on a new and permanent constitution for the country. It will be the first constitution for Libya since 1969 when Gaddafi took power.

The bulk of public opinion is demanding that a draft constitution - which was agreed upon last July by the elected Constitution Drafting Assembly (CDA) - be put to a referendum to be approved by the Libyan electorate as soon as possible.

The draft constitution already stipulates conditions required for any Libyan to stand for presidential elections. Not having a criminal record or a court indictment is among those conditions. This would rule Saif al-Islam out.

The fact that the ICC is still demanding Saif al-Islam's arrest and trial in The Hague is another factor that would make it difficult for him to compete.

Another crucial factor is that Saif al-Islam will always be a divisive figure: he will be supported by some sympathisers of his father's regime and opposed by all those others who took part in and sided with the February revolution.

Many Libyans will be enraged and see it as disingenuous of him to form a political party the "Libyan Popular Front" when he actively supported his father in criminalising political parties and punishing those involved with the death penalty.

He also supported his father in never allowing the Libyan people to use the ballot box to elect who rules them. Saif al-Islam Gaddafi belongs to an autocratic era that ended with his father's death in October 2011.

The chances of Libya returning to be ruled again by a Gaddafi family member is extremely unlikely.

Photo: In this file photo taken on 18 August, 2007 The son of Libyan leader Muammar Gaddafi ,Saif al-Islam, sits during a ceremony to mark the arrival of water from the Great Manmade River (GMR) in the southern Libyan city of Ghiryan (AFP).