Paul Khalifeh
After the fiasco of the forced resignation of Saad Hariri, Saudi Arabia stepped back but now is pushing hard to keep its allies in government 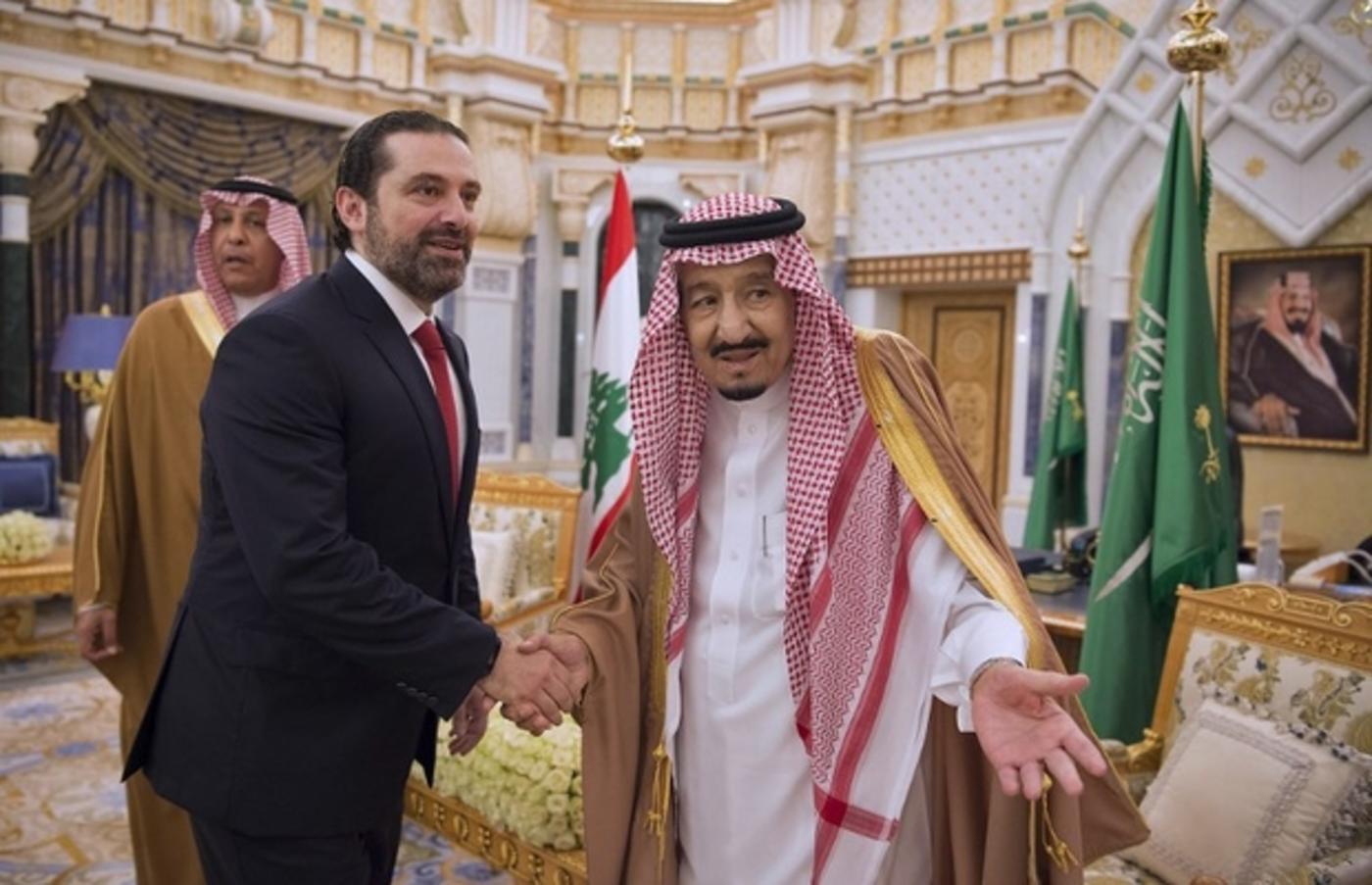 After months of keeping a low profile, following the unexpected resignation of Lebanese Prime Minister Saad Hariri and his ambiguous stay in Riyadh in November, Saudi Arabia is attempting yet again to intervene in Lebanese politics.

Longstanding relations between Lebanon and Saudi Arabia suffered a serious blow following Hariri's surprise resignation while in Riyadh in November and the imposition of restrictions on the movement and freedom of the Lebanese prime minister in Saudi Arabia.

The wounds caused by this dramatic episode have yet to heal, particularly among certain groups of Lebanese Sunnis. Since then, Saudi policy in Lebanon has been a series of blunders and mishaps.

A few days after Hariri's release, following a French diplomatic intervention under the initiative of Emmanuel Macron, the kingdom dispatched Walid al-Yaacoub as ambassador to Lebanon. The diplomat presented his credentials to President Michel Aoun on 3 January.

However, a few weeks later, he disappeared from the scene, and was replaced by the chargé d'affaires, Walid al-Bukhari.

Thamer al-Sabhan, the Saudi minister of state for Gulf affairs, was another persona non grata in Lebanon. Notorious for making incendiary and threatening tweets against Hezbollah and Lebanese leaders, this special police force general, promoted to the rank of minister by Crown Prince Mohammad bin Salman, was a character either courted or hated by the Lebanese political class.

Said to be behind the surprise resignation of Hariri, Sabhan was held responsible for the political and diplomatic fiasco at any rate, and was duly removed from Lebanese affairs.

Following the Hariri resignation incident, Saudi Arabia adopted an unusually low profile regarding Lebanon. The Saudi press stopped showing an interest in the country, while, at the same time, the virulent rants against President Aoun and his minister of foreign affairs, Gebran Bassil, ceased. The tone was one of indifference.

"Lebanese-Saudi relations are no longer that clear-cut, due to changes within the kingdom by MBS [Mohammed bin Salman]. Confusion prevails," said Sarkis Abi Zeid, editor of Tahawolat magazine.

It was only in the run-up to the legislative elections, which took place on 6 May, that Lebanon began to once again show up on the Saudi agenda. A royal emissary, Nizar Alaoula, landed in Beirut in February and began making a frenzied round of visits to Lebanese political figures and parties.

A politician close to Hezbollah told MEE that Alaoula had tried, in vain, to resurrect the former anti-Syrian and anti-Iranian March 14 alliance. Faced with the refusal of the Druze leader, Walid Jumblatt, and of Saad Hariri, as well as the reticence of many other Lebanese personalities, the royal emissary gave up. The prime minister was then "summoned to Saudi Arabia," the same source told us.

The head of the Lebanese government was received by King Salman on 28 February and by the crown prince immediately afterwards.

No one knows for sure what was said during Hariri's first visit to the Saudi capital since the humiliation inflicted on him four months earlier, but speculation is rampant in political and media circles across Lebanon.

However, the upshot of the visit was evidenced in last-minute programme changes that occurred a month before the elections: Saad Hariri did not join Gebran Bassil’s Free Patriotic Movement (FPM) in most districts as he had originally planned.

"The Saudis pressured Hariri not to get involved in the process of isolation of the Lebanese Forces [LF], the other Christian party close to Saudi Arabia," explains Abi Zeid. The LF, fiercely hostile to pro-Iranian Hezbollah, managed to double the size of its parliamentary bloc, from eight to 15 members, in a 128-member house.

No one knows for sure what was said during Hariri's first visit to the Saudi capital since the humiliation inflicted on him four months earlier, but speculation is rampant in political and media circles across Lebanon

Other sources who have requested anonymity claim that Saudi Arabia provided substantial financial support to Hariri in return for adjusting his electoral alliances.

However, the kingdom denies having interfered in the Lebanese elections. During a fast-breaking meal on 19 May, to which a large number of political figures were invited, Alaoula declared that Riyadh would not comment on the Lebanese political process.

These words did not convince Hezbollah. Sheikh Nabil Qaouk, a member of Hezbollah's central council, accused Saudi Arabia of "interfering in the legislative process through candidacies, list forming, vote buying and even party organisation".

"Saudi interference in Lebanese affairs has reached an unprecedented level. Riyadh is now working to form a parliamentary bloc to confront the Resistance, to tighten the stranglehold around it and to weaken it," he added.

For Abi Zeid, Saudi interference has also taken the form of economic pressure and sanctions. In this context, on 16 May, the US Treasury Department's Office of Foreign Assets Control, in cooperation with Saudi Arabia and several Gulf countries, added Hezbollah Secretary-General Hassan Nasrallah, a leading deputy of Sheikh Naim Qassem's party, and nine other political leaders to its list of "terrorists".

But the most significant indication of Saudi interference was the surprise resignation of Saad Hariri's chief of staff, his cousin Nader Hariri. Nader Hariri was the architect of the rapprochement between the prime minister and the president, which allowed the latter to be elected president of the republic and the former to return to the head of the government. Nader Hariri was not a favourite with the entourage of MBS.

The prime minister also dismissed another personality who does not enjoy the graces of Riyadh: his interior minister, and close consort, Nouhad Machnouk. Hariri had to resort to subterfuge to get rid of this cumbersome supporter by prohibiting the accumulation of mandates between the legislative body and the ministry.

"Hariri gave in to Saudi pressure by removing from his inner circle members seen by Riyadh in an unfavourable light," concludes Abi Zeid.

Another worrying signal for those who fear Saudia Arabia's comeback in Lebanon was Saad Hariri’s visit to Riyadh just three days after he his re-election as head of government. His visit, which took place in complete secrecy, lasted five days and few details filtered through to the press about who he met with and the content of the interviews conducted in the Saudi capital.

For Qaouq, there is no doubt that the objective of the Saudi leaders was to convince the prime minister not to include members of Hezbollah in his government.

"The Saudi regime is far too weak to prevent us from being represented in government by competent ministers. Hezbollah’s presence in the new government cabinet will be strong, efficient and influential," said Hezbollah's central council member. On 3 June, Qaouq claimed yet again that Saudi Arabia’s interference in [Lebanon’s] parliamentary elections and government formation was “shameful and suspicious”.

Sarkis Abi Zeid believes that the Saudis' goal is not to prevent the appointment of Hezbollah ministers - a goal he considers impossible to achieve. "They want to protect the presence of the Lebanese Forces (LF), their strongest ally at this juncture, in the executive branch," the analyst claims.

Whether excluding Hezbollah or protecting the Lebanese Forces, Saudi Arabia's interference marks a return to Lebanon in a context of rising regional tensions with Iran and an upsurge in Israeli military activity in Syria.