For Saudi Arabia, it's been Operation Shoot Yourself In The Foot

David Hearst
More than two years into a disastrous war in Yemen, the coalition of ground forces assembled by the Saudis is showing signs of crumbling 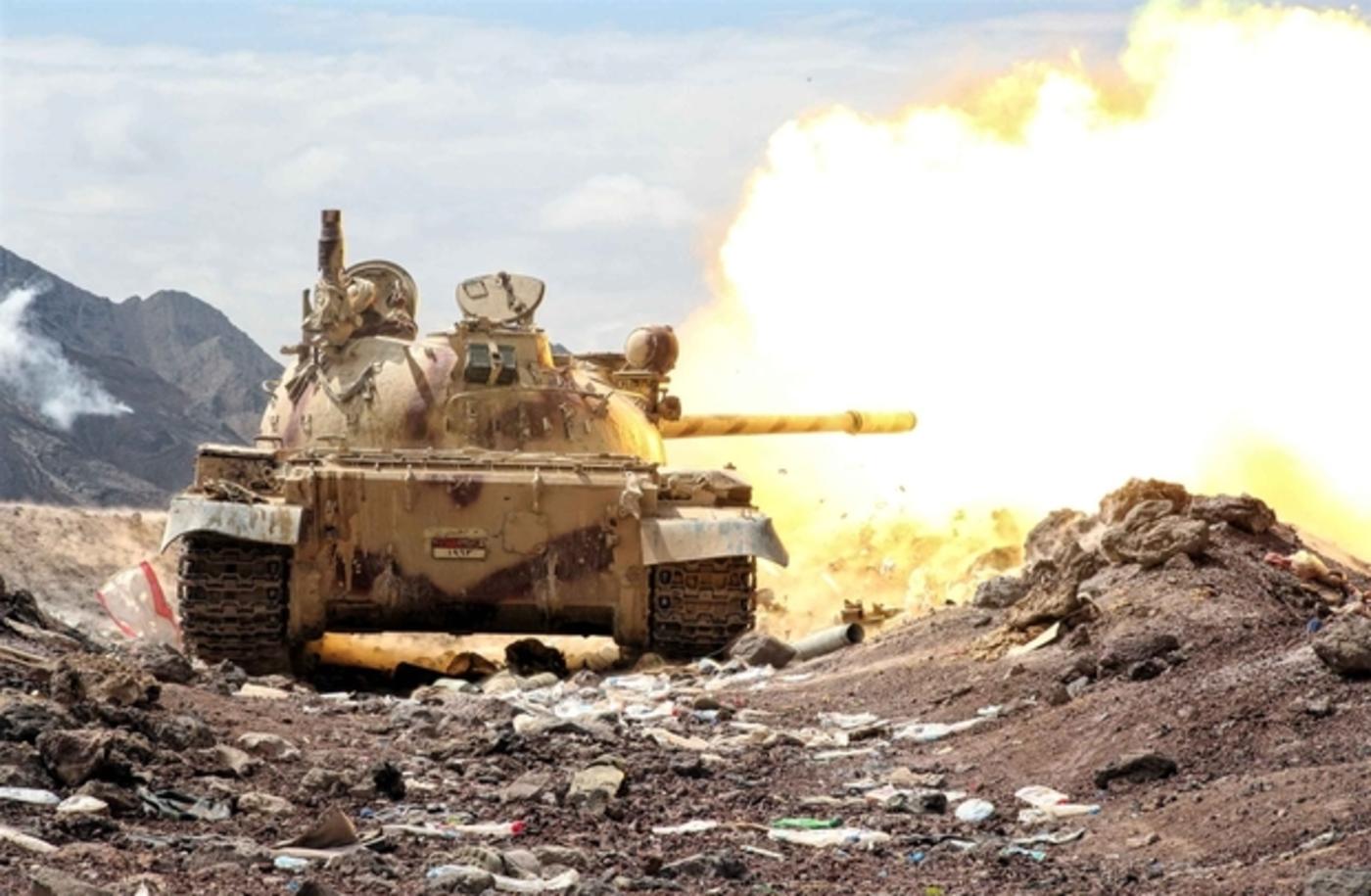 Remember the name the Saudis gave their operation in Yemen when they launched it on 25 March 2015?

By 21 April, the storm was officially declared over. The air strikes continued, of course, but the strikes on hospitals, schools and, in one notorious incident, a wedding party in Sanaa, were now part of an operation renamed "Restoring Hope".

Two-and-a-half years later, the collective misery endured by Yemenis of all tribes continues, but the coalition of ground forces that the Saudis assembled is showing signs of crumbling.

Splits are emerging among the Yemeni and foreign ground forces fighting the Houthis in the country which could threaten the future of the Saudi-led coalition. Here are three areas of especial concern for Riyadh.

Sudanese forces, which constitute the bulk of the 10,000 foreign fighters in the Saudi-led coalition, are suffering high casualty rates. A senior source close to the presidency in Khartoum told Middle East Eye that over 500 of their troops had now been killed in Yemen.

Only two months ago, the commander of the Sudanese Army's rapid support force, Lieutenant General Mohammed Hamdan Hamidati, quoted a figure of 412 troops killed, including 14 officers to  the Sudanese newspaper Al Akhbar.

"There is huge pressure to withdraw from this on-going fight," the Sudanese source told MEE.

A force of up to 8,000 Sudanese troops are partly led by Emirati officers. They are deployed in southern Yemen as well as to the south and west of Taiz in al Makha.

At home, Sudan's President Omar al-Bashir is also having second thoughts. He remembers the lifeline he got when Riyadh deposited $1bn in Sudan's Central Bank two years ago, followed by Qatar's $1.22bn.

But he hardly enjoys being known as "president of the mercenaries," and he has other relationships to consider.

On Thursday, Bashir became the latest of a procession of Arab leaders to beat a path to Vladimir Putin's door. He told the Russian president he needed protection from the US, was against confrontation with Iran, and supported the policy of keeping Syrian President Bashar al-Assad in power.

This follows an incident at home, which was variously described as espionage and a coup attempt. Taha Osman Ahmed al-Hussein was dismissed as the director of the Office of the Sudanese President after he was discovered carrying a Saudi passport and a residency permit for the UAE. He was caught maintaining secret contact with both.

Mutiny is also stirring in the ranks of Yemenis who two and a half years ago cheered the Saudi pushback against the Houthis who were trying to take over the entire country.

The Saudi relationship with Islah, the largest group of Yemeni fighters in the ground force employed by the coalition, has at best been ambivalent. The Crown Prince Mohammed bin Salman's closest partner in Yemen, Mohammed bin Zayed, crown prince of Abu Dhabi, is openly hostile to the Muslim Brotherhood-affiliated Yemeni party.

Using Sudanese troops, the Emiratis have enforced the blockade of Taiz, the Islah stronghold, to the south and west, as well as fighting the Houthis to the north.

However, the Saudis themselves host the national leadership of Islah in Riyadh as they have the internationally recognised President of Yemen Abd Rabbuh Mansour Hadi.

A lot of Islah grassroots members and regional leaders are start to feel that this coalition is too high a price to pay, especially as the popularity of the Saudi coalition among Yemenis who supported the intervention two years ago is at its lowest

The line between hotel and prison accommodation appears to be a fine one these days in Riyadh, and this applies to Yemeni guests as well as Lebanese ones.

A source close to Hadi described the conditions in which he was being held as "comfortable and courteous but not free". Hadi, he said, was effectively being kept in a "golden cage," unable to visit Yemen or make statements, although he will be allowed out for medical treatment in the US.

However, the regional Islahi leadership in Yemen is free to act and they are showing signs of doing their own thing.

They are feeling the political price they are paying for supporting a campaign that turned in Yemeni eyes from liberation to occupation.

They are also paying a physical price. A number of Islahi sheikhs and scholars as well as Salafis who rejected Emirati leadership have been killed or targeted by assassination attempts.

In addition, Sheikh Mohammed Ali al-Naashri, the imam of al-Rahman mosque and an Islah party leader; Faraj Naaji Bin Taleb, the mayor of the town of Shibam in Hadhramaut; Khaled al-Jamaa'ee, Abdelhafiz al-Fagee, president of the executive office of the Islahi assembly in Taiz, and Arafat al-Halami, a militia leader in al-Dhali, have all survived assassination attempts.

Enough is enough. The regional Islahi leadership are now talking of starting direct negotiations with the Houthis, a senior Islah source told MEE.

"The Emiratis do not conceal their hostility to Islah. Islahi sheikhs and scholars are being assassinated, and this is being co-ordinated by the pro-Emirati militia. In addition, the UAE is clearly enforcing the blockade of Taiz, and withholding support for our fighters in the city," the source said.

"As a consequence of this, a lot of Islah grassroots members and regional leaders are starting to feel that this coalition is too high a price to pay, especially as the popularity of the Saudi coalition among Yemenis who supported the intervention two years ago is at its lowest."

Islah's calculation is threefold: Islah still has a fully equipped core of around 20,000 fighters, which it is holding in reserve, so it believes that if it starts negotiations with the Houthis it would be from a position of military strength.

My enemy’s enemy is my ally: How al-Qaeda fighters are backed by Yemen’s government
Read More »

Secondly, regional leaders have already started to deploy forces in Marib and al-Jof, irrespective of the wishes of the rest of the Saudi-led coalition.

"Islah sacrificed a lot to be part of the coalition, but we are not getting the rewards. In fact we are being conspired against by one member of the coalition - the UAE," the source said.

"That is why the regional leaders of Islah are starting to take decisions by themselves, consolidating their presence in Marib and al-Jof, independent from the coalition decisions."

Thirdly, Islah calculates that the Houthis could have their own reasons for talking. The Houthis regard a recent mass rally in Sanaa called by their former ally, Yemeni strongman Ali Abdullah Saleh, as a coup attempt.

Despite Saleh's denials, the Houthis claim that he crossed a red line and brought the two sides to the brink of war. Saleh has since been quiet and is now a marginalised figure, but the Houthi sense of betrayal lingers.

The Saudis have tried to forestall a mutiny in the ranks by paying more attention to the Islah leadership in Riyadh. Crown Prince Mohammed bin Salman recently met the head of the Islah party, Mohammad al-Yidumi.

This created a storm of sarcastic comments on social media, as elsewhere in the region the prince regards the Muslim Brotherhood as "terrorists".

In addition, the Saudis allowed Hadi's vice president, Lieutenant General Ali Mohsen al-Ahmar, to return to the front lines near the capital Sanaa, overriding the objections of Abu Dhabi. The general is regarded as close to the Islamist forces who came to the fore in Yemen after the Arab Spring that developed in 2011.

These moves are regarded by the rank and file Islahis as too little, too late.

As if the balance of competing outside forces in Yemen is not complicated enough, enter Oman.

Oman, too, regards southern Yemen as its backyard. It is particularly worried about the takeover of a series of strategic ports and islands off Yemen by the Emiratis. A Qatari diplomatic source described this as the Emiratis' "seaborn empire," but the Omanis are upset by this too.

The Omanis are understood to be quietly contacting local Yemeni tribal leaders in south Yemen, some of them separatist forces, to organise a more "orchestrated response" to the militias paid for and controlled by Abu Dhabi.

All in all, the first military venture to be launched by the 32-year-old Saudi prince as defence minister is a tactical and strategic shambles.

The prince, praised in Western circles as a young reformer who will spearhead the push back against Iran, has succeeded in uniting Yemenis against him, a rare feat in a polarised world. He has indeed shot himself, repeatedly, in the foot.

Photo: Yemeni tribesmen from the Popular Resistance fire from a tank west of Marib city in November 2015 (AFP).