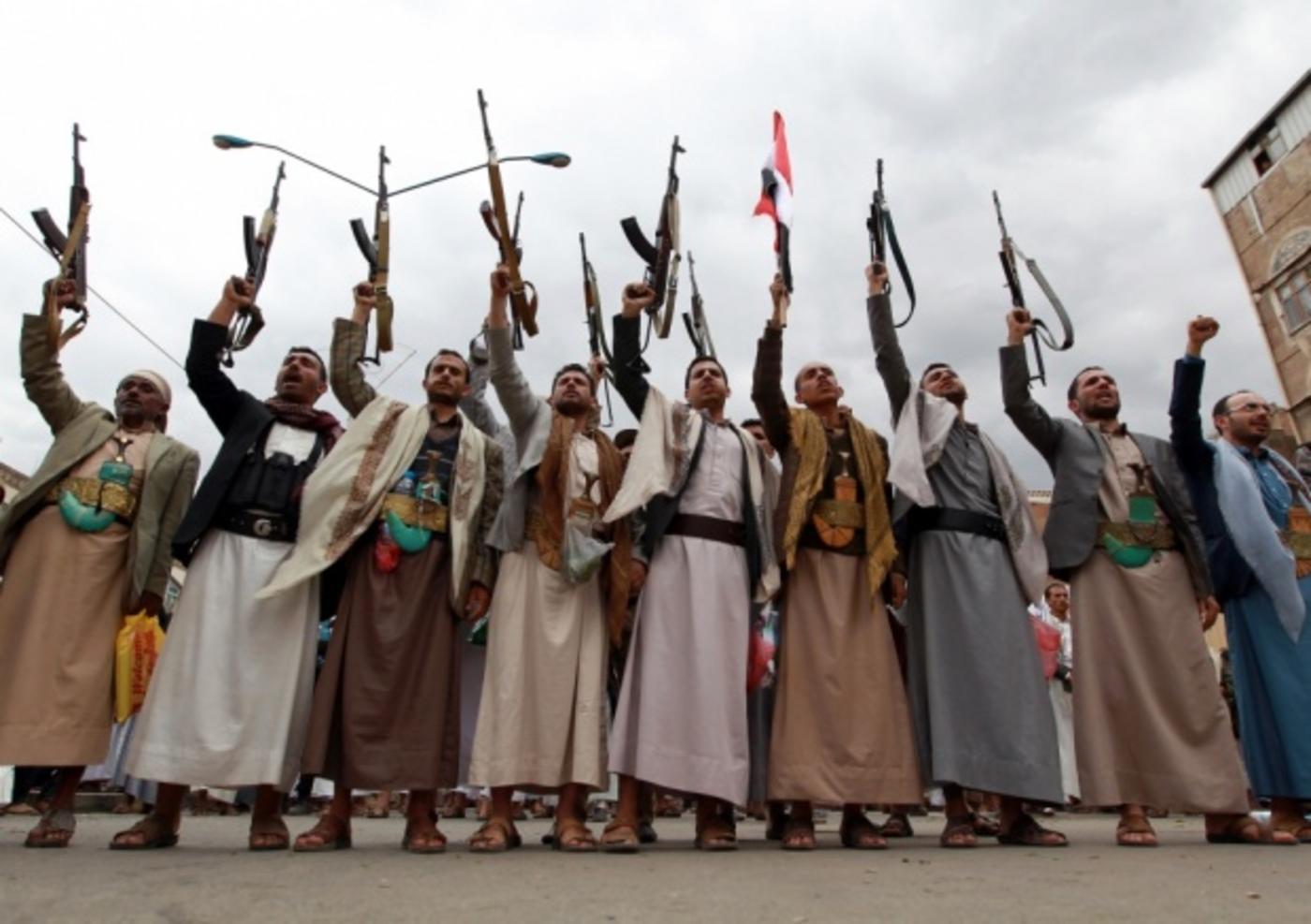 The conflict in Yemen is usually described as a Saudi war on the country, yet this suggests that violent intervention from the north is a new phenomenon. In different forms, military, financial and religious, however, it has a long history.

In the formative era of the modern Saudi state, its founder Abd al-Aziz seized Asir from the control of the Yemeni imamate in stages and might have taken yet more were it not for the British presence in Aden and its protectorates in the south. The presence of a large population and in a strategic location with access to the Arabian Sea and control of Bab al-Mandab gave Yemen an importance that troubled Saudi ambitions to dominate the entire Arabian Peninsula. Thus it was that early censuses would exaggerate the Saudi realm’s numbers to keep it ahead of its southern neighbour.

With its mosaic of religious communities countering the Wahhabi call, cultural, tribal and historical ties to Saudi realms on its border, deep historical memory of civilisational achievement, and strategic location, Yemen was perceived as both threat and target. Keeping it split among political entities was a policy priority. When the Nasser-backed Free Officers took over in Sanaa in 1962, Riyadh backed the Imamate (the “Royalists”), but came to terms with the new regime after Nasser’s defeat in 1967, emerging as the bankroller of the north Yemeni state and labour market for Yemeni migrants. Subsidies to northern tribes were often another feature of the relationship, and Riyadh backed the socialist regime in the 1994 civil war.

During Ali Abdullah Saleh’s years in charge in Sanaa, Saudi cultural influence developed through Salafi proselytisation. While it would be incorrect to reduce Salafism in Yemen to a Saudi implant, the Saudi connection is crucial to the spread of radical Sunni ideology and practice. The influential Saudi mufti Abd al-Aziz Bin Baz, who died in 1999, facilitated the flow of Yemeni students to Saudi Arabia; one of them, Muqbil al-Wadii, returned to Yemen to establish a Salafi movement in the 1980s. He was both admirer and critic of Bin Baz who helped fund Wadii’s activities. Saleh was happy to let Salafism spread because of its mainstream’s tradition of obedience to the ruler, as opposed to other religious and political trends which would work to change government in the name of justice. Tension between the Houthis and Saudi Arabia that led to war in 2009 were, in part, based on resentment in Zaydi society outside the regime’s patronage network at this Salafi march.

The WikiLeaks documents – a real treasure trove for contemporary historical research – discuss Salafi penetration as part of a pattern of Saudi meddling during Saleh’s rule, particularly its post-1994 phase, that is striking. They paint a picture of Yemen as a country Saleh reduced to vassal status. Saudi Arabia funds the government as well as tribal leaders to secure support for Saudi policies and prevent the emergence of a non-tribal, non-sectarian democratic culture. Yet although Saleh worked hard at building a close relationship with Riyadh, he and other Yemenis were still treated with disdain by the Saudi princes, often denied meetings with the recently deceased Abdullah for receptions with his crown prince Sultan, who handled the “Yemen file”.

Yemen paid dearly for Saleh’s Arab nationalist miscalculation during Saddam Hussein’s invasion of Kuwait in 1990. An estimated 850,000 Yemenis were deported from Saudi Arabia in revenge for his sympathetic position vis-à-vis Iraq. Thousands were affected by a public crackdown on illegal migrants in 2013, but Saudi Arabia has been quietly deporting tens of thousands of Yemenis for years. In 2007, some 400,000 Yemenis were expelled, a huge figure, with many of them sent back on Saudi Airlines flights to Sanaa.

Western diplomats believed that one of Saudi Arabia’s long-term strategic goals in its Yemen policy was to secure a passage to the Arabian Sea, thus bypassing the Straits of Hormuz. Saleh was aware of this goal, but one of the Saudi regime’s aims in paying supporters in the army, tribes and government was to help find a successor who might be amenable. Saudi policy towards the Ismaili Shia community in Najran, on the Saudi side of the long Yemeni border, has been driven by similar desires.

The Ismaili story is interesting. A majority of the population in Najran, they revolted against the local governor in 2000 for perceived sectarian persecution and favouring of Wahhabi Salafis in the bureaucracy. Following that, the Saudi government devised a scheme overseen by Sultan and former Interior Minister Nayef to settle Sunni tribes from Yemen who had long been resident in the area. The aim – which will be familiar to Palestinians in the West Bank and Shia in Bahrain – was to dilute the Ismaili majority. The Yemeni presence had long been encouraged because it gave the state what it viewed as strategic depth into Yemen and towards the southern coast.

The WikiLeaks documents are also enlightening with regard to the first Saudi war with the Houthis in late 2009 and early 2010. Diplomats express concern with Saudi policy towards the Houthi rebellion, which at that time was five years old and had escalated to a new level of violence with Saleh’s Operation Scorched Earth. American diplomats describe Saudi thinking on eradicating the Houthis as “dangerous and delusional” and express the fear that Saudi Arabia will act “irrationally” and kill lots of people with American-supplied state-of-the-art weaponry, which they fear will make its way to al-Qaeda. Saudi Arabia and the UAE are cited as “throwing” arms at Sanaa, through deals brokered with the Czech Republic, Slovakia and Bulgaria. This raises the possibility that the current Saudi war is destroying weaponry largely provided by Saudi Arabia itself.

It is also worth noting the US embassy comments on the Iranian question. One WikiLeaks report refers to Saleh’s claim that an Iranian ship bearing weapons for the Houthis had been seized off the coast, concluding from what it calls “sensitive reporting” that the ship was carrying no weapons at all. “While the level of Houthi resilience, weapons proficiency and tactical expertise can and should force us to examine carefully claims of external support, the fact remains that the ROYG [Republic of Yemen Government] has failed repeatedly to corroborate its charges that the Houthi rebellion is the tip of the Iranian/Hezbollah spear in Yemen,” the report by former US ambassador Stephen Seche says. “We can think of few ways to more effectively encourage Iranian meddling in the Houthi rebellion than to have all of Yemen's Sunni neighbours line up to finance and outfit Ali Abdullah Saleh's self-described Operation Scorched Earth against his country's Shia minority.”

That Saudi Arabia has for long been a destructive force in Yemen will be no surprise to many who follow regional politics. Important elements in this latest chapter have been covered in recent days: the ascendant branch of the Saudi ruling family attempting to assert its authority on a troubled country in which dissent has been repressed harshly since 2011, compensation for failure in Syria, Iraq and Lebanon stretching back over a decade, distemper over Washington’s rapprochement with Iran. Its Yemen policy has been flailing for several years now, however, due to several factors including the rise of the Houthis, the death of Prince Sultan, and the Arab Spring disturbance. There is little reason to expect anything decisive from this particular Yemen foray, not least because the nature of the hyper dynasty’s paranoia is to whack one molehill only to find itself chasing after another.

- Andrew Hammond is a senior policy fellow for the European Council on Foreign Relations' Middle East & North Africa programme. Andrew previously worked as a journalist with BBC Arabic radio. He was a founding member of the Cairo Times news magazine. He spent ten years working as a correspondent for Reuters, including a stint as Reuters bureau chief in Riyadh from 2006 to 2009. He has covered the Arab Spring uprisings in Egypt, Tunisia, Bahrain, Yemen and Morocco and reported from Iraq before and after the overthrow of Saddam Hussein. 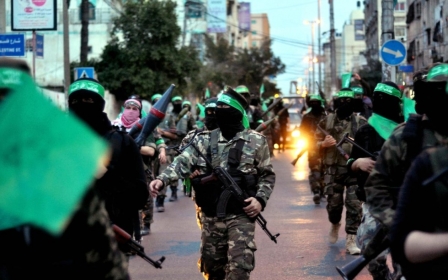 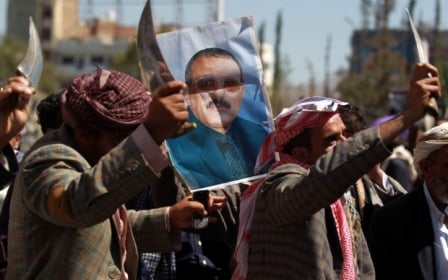 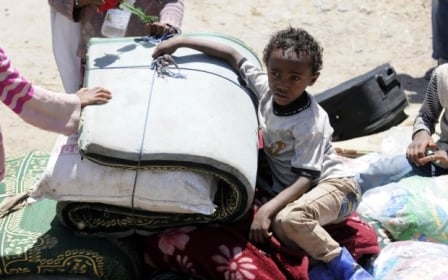