Sisi’s gamble: How Egypt's turn toward Iran changes power in the region

Ismail Numan Telci
Egypt's warming toward Russia, Iran and Syria, and its ongoing hostility to Turkey, is fatally undermining relations with Saudi Arabia 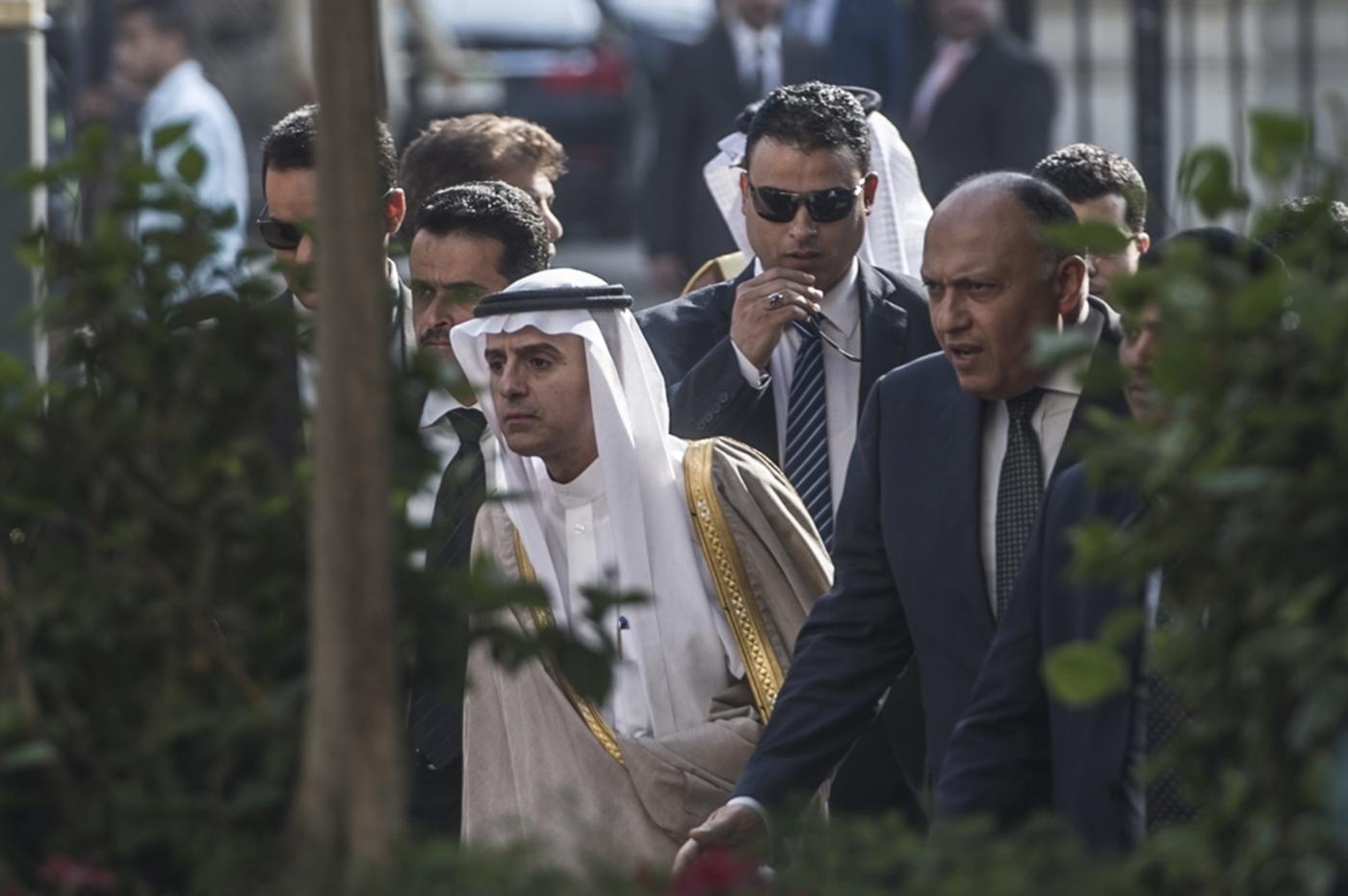 In recent months, there has been a major shift in Egypt’s foreign policy. Despite it almost going unnoticed, this unexpected policy change is a source of concern for many actors in the Middle East, particularly the Arab Gulf states that have supported Abdel Fattah al-Sisi's regime since the military coup that took place in Egypt on 3 July 2013.

Given the central position of Egypt for today’s politics in the Middle East, it is legitimate to raise the following questions: (1) how this foreign policy shift has been taking place, and (2) what are the implications of such a shift?

Since the 2013 Egyptian coup, Saudi Arabia, United Arab Emirates (UAE) and to a lesser extent Kuwait have decided to provide unconditional support for the military regime led by Sisi.

United against the Brotherhood

While there were no serious grassroots protest movements in these states, the leadership change in Egypt and its potential re-alignment in the Middle East order were regarded by the leadership elite as a latent geostrategic challenge to the regional balance of power and a threat to their position of power.

Hoping to change the course of regional dynamics to their advantage, these states welcomed the military coup in Egypt and supported it financially and diplomatically to withstand regional and international opposition.

In the aftermath of the military takeover, King Abdullah of Saudi Arabia was the main supporter of Sisi in his fight against the Muslim Brotherhood. Together with the UAE and Kuwait, they provided incredible amount of financial support for the Sisi regime. Additionally, they organised a summit in order to attract foreign investment in Cairo.

In response, Sisi's regime showed loyalty to these countries, particularly to Riyadh.

However, relations between Egypt and Saudi Arabia began to change following the death of King Abdullah. The new Saudi leadership under King Salman has followed a different policy path to his predecessor.

In domestic affairs, the first sign of this shift was the rearrangement of the line of succession in royal leadership. King Salman also replaced figures from the royal family who masterminded the coup in Egypt.

With this novel policy orientation Riyadh became more active in its foreign policy towards Iran as it discovered “actions speak louder than words” in Middle East politics.

As a result, the Saudi defence minister decided to take action in Yemen in order to mark Saudi's new foreign policy regarding Iran’s expansionist policy in the region.

Then, Iran intervened in the Saudi-Egyptian relationship. Saudi Arabia’s invitation for Egypt to participate in the Decisive Storm operation in Yemen was half-heartedly accepted by Cairo. Sisi's regime revealed its reluctance to play a major role in the operation due to the logistical incapacity of the Egyptian military for joining the operation.

However, the real reason for Sisi's hesitance toward the military operation in Yemen is different from the publicly stated one. Firstly, Sisi was losing public legitimacy for his perceived obedience towards Saudi Arabia.

Secondly, he was unwilling to engage in a proxy war with Iran. Seeing Iran's emerging power in the region, it is likely Sisi considered a new foreign policy toward Iran as a way of enabling him to reposition Egypt's diplomatic relations with the US and Saudi Arabia, among other states.

The consequent interactions have proved that true. There have been several developments which reveal how Egypt has moved closer to Iran while distancing itself from Saudi Arabia. It started with a widely unnoticed but disturbing development for the Saudis.

The Egyptian body that decides which foreign movies would be broadcast in Egyptian cinemas approved the Iranian film Bodyguard, which glorifies the Iranian general Qassem Soleimani. Egyptian movie critic Mohammad Mansour argued that “the movie is basically an attempt to promote the image of Qassem Soleimani, as he represents the Iranian intelligence and military legend that has a strong presence in Syria, Iraq and Lebanon. Soleimani is considered as the representative of the Iranian dream of expansion, and the movie has a functional, rather than a personal, dimension."

The decision to broadcast the movie suggests that Egypt is moving away from its anti-Iranian attitudes toward improvement of relations with the government in Tehran, albeit through cultural means.

Fuel to the fire

The second development took place at the beginning of October when officials from the Iranian and Egyptian foreign ministry held a meeting in Tehran in order to discuss the normalisation of relations between the two states.

Despite differences on several issues, both states expressed their willingness to start up new relations that will focus on cooperation in regional affairs. The meeting added fuel to the fire as Egypt-Saudi Arabia relations continued to sour as differences between the two leadership elites became more apparent.

In a sign of rising tensions, Saudi Arabia’s Aramco halted the flow of fuel to Egypt on 1 October. Riyadh did not publicise the decision in the hope that Cairo would reconsider its drawing closer to Iran.

However, a week after the decision, Sisi’s response was hostile. Despite Saudi Arabia’s strong opposition, Egypt voted in favour of a Russian-backed UN resolution that allows the continuation of bombing over Aleppo.

WATCH: Is this the longest queue in Egypt?

The vote has increased the tension and has created anger in Riyadh toward Egypt's apparent realignment toward Russia, Iran and possibly the Assad regime. Thus, within hours, Saudi Arabia’s Aramco publicly decided to halt fuel transfers to Egypt starting from October. Sisi seemed comfortable as he defiantly emphasised that “Egypt would not bow to anyone but God”.

Egypt’s response to Saudi Arabia’s oil card also came as a Tehran-based solution. The Kurdish news agency Rudaw reported that following an Iran-Russia-brokered deal, the government in Baghdad has agreed to increase its energy supplies to Cairo.

This is an important development for two simple reasons. First, Egypt showed Saudi Arabia that Riyadh is a replaceable ally in case of dispute. Second, Cairo would more seriously consider Iran in its foreign policy options.

Diplomatic relations between Cairo and Tehran have long been frozen since the 1970s. In response to news of such a visit Saudi Arabian news outlet Al Arabiya warned: “An Egyptian official visiting Iran would cement a break in its alliance with Saudi Arabia and mark a seismic shift in the regional political order”.

In yet another blow to Saudi Arabia, Iran has convinced Egypt to side with it in regard to the crisis in Syria. The Guardian revealed that Iran’s foreign minister Javad Zarif personally lobbied Egypt to attend talks in Lausanne on 15 October. The foreign ministers of the six states were invited in the original plan of the talks that were convened by US Secretary of State John Kerry.

It was also reported that “Iran agreed to attend the talks only once it had secured places for the foreign ministers of Egypt and Iraq at the discussions”. According to the Guardian, “the main motivation of Iran was not to be outnumbered by an anti-Assad coalition – comprising Turkey, Qatar, Saudi Arabia and the United States – at the Lausanne talks.”

Unsurprisingly, it was understood that “Iran’s initiative to convince the US to invite Egyptian officials to attend the talks began a few days before Egypt shocked its financial backer Saudi Arabia by voting with the Russians to block a draft French UN Security Council resolution on Syria.”

Egypt’s policy on Syria was another point of disagreement between Cairo and Riyadh. The most recent development on this front was the visit of Syrian intelligence chief, Ali Mamluk, to the Egyptian capital. The significance of the visit lay in its scope and timing. It was the first foreign public visit of Ali Mamluk since the eruption of the Syrian civil war.

While the developments could be seen as a low-level diplomatic row between Cairo and Riyadh, the situations turn out to be more complicated and problematic. As the major backer of Sisi's regime in the post-coup period, the Saudi administration has been expecting Cairo to follow a foreign policy approach that Riyadh agrees with.

However, it is now clear that Sisi has decided to play his own game. Egypt’s decisions to allow Russia to open a military base in Cairo, to continue hostility with Turkey, to change its foreign policy priorities in Syria and to ally with Iran will continue to undermine its relations with Saudi Arabia.

In a region where alliances shift quickly and rather unexpectedly, Sisi’s foreign policy shift should not surprise King Salman. However, it is a question of time as to when the Saudi leadership will surprise Sisi.