David Hearst
Giving land to Saudi Arabia, the death of an Italian student and the country's deteriorating security have tarnished the Egyptian president's reputation domestically and abroad 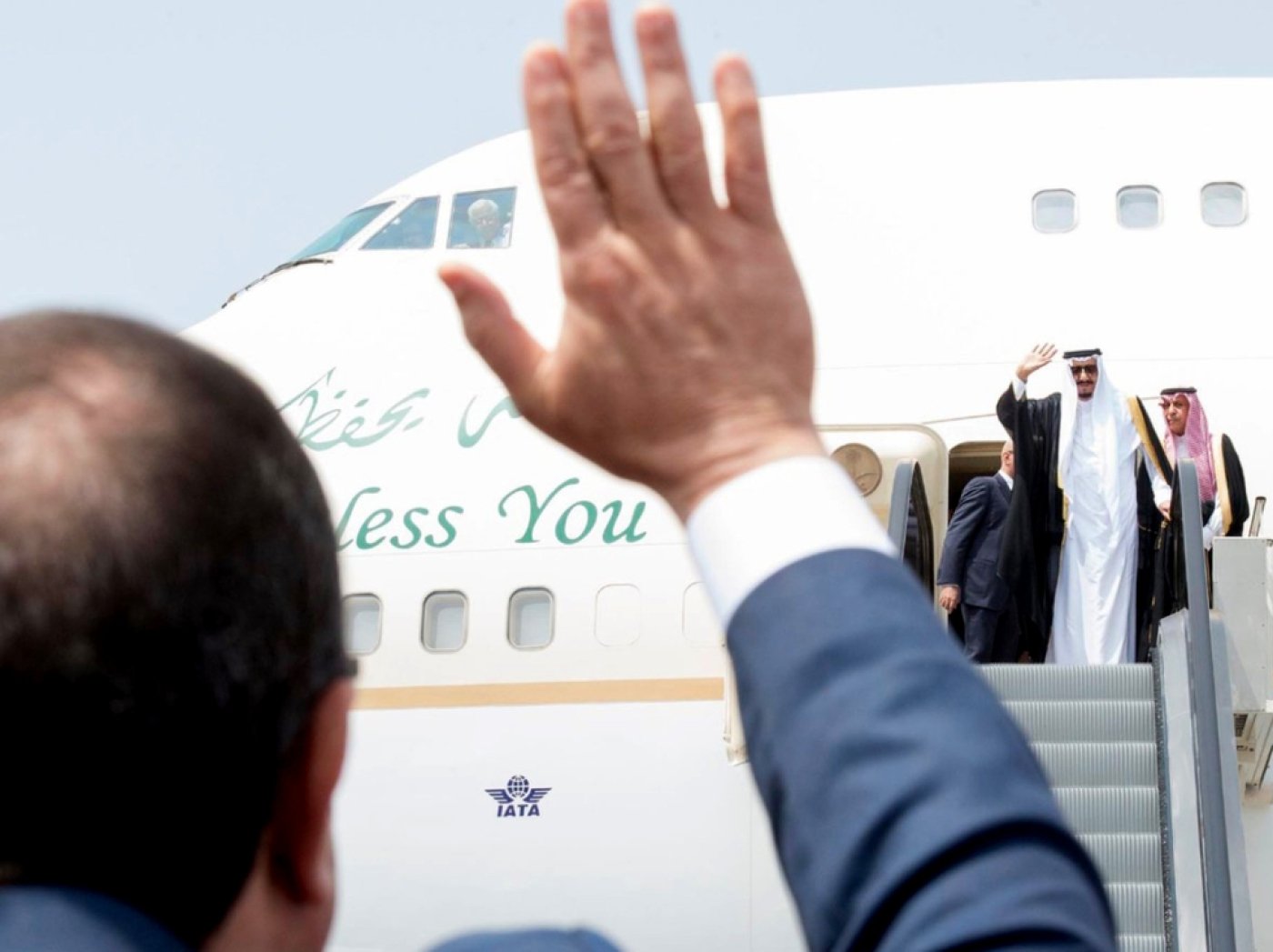 President Abdel Fattah el-Sisi has been burning the candle at both ends. Having burned his way through Egypt’s largest political party, the Muslim Brotherhood, Sisi went on to give secular liberals who supported his coup against Mohamed Morsi the same treatment: imprisonment, torture or banishment. A significant part of Egypt’s political and intellectual elite is now in exile. He has one source of legitimacy left - the international community. This week, he's been burning his way through that.

Sisi’s week should have started on a high - the visit of the Saudi King Salman. After all the tension between the two countries (at the time of Salman’s succession, the pro-Sisi media declared the then crown prince not fit for office) and after all the reports of money from Saudi drying up, this should have been an occasion to silence all doubters: Salman was investing $22bn in Egypt. The Egyptian presidency described Salman's visit as "crowning the close brotherly ties between the two countries.”

Salman's visit had been much hyped, as indeed Sisi's visit to Britain was in November last year. Sisi expected each to be a breakthrough of its kind. And yet during his visit to London, Cameron cancelled all British flights to Egypt as a result of the downing of a Russian airliner over Sinai, sounding the death knell of the Egyptian tourist industry. A similar disaster awaited Sisi in Salman's visit.

Part of the brotherly deal was to hand the Saudis two uninhabited but strategic islands in the Gulf of Aqaba that had been under Egyptian control for much of the last century and were given back to Egypt by Israel in 1982. Egypt informed Israel in advance of its intention to give the two islands to the Saudis.

The surrender of Egyptian land to its Saudi neighbour did not go down well domestically for a president who has built his image on being Egypt’s new Nasser.  The Muslim Brotherhood said no one had the right to abandon the property of the Egyptian people for a fistful of dollars. Ayman Nour said the agreement would be rescinded “once the Egyptian people became free”. The secular opposition movement April 6 is planning a rare and risky street demonstration on Friday.

Ibrahim Eissa, formerly one of Sisi’s rottweilers, turned on his former master. He said: "Sisi's Egypt is putting itself behind Saudi Arabia, not ahead of it as Nasser and Sadat did, and not at its side as Mubarak did." Ahmed Shafiq said that regardless of the history of the islands, this was a disaster for Egypt. The brotherly visit turned into a nightmare for the Egyptian president.

The surrender of the islands in exchange for important Saudi investment inevitably fed the impression that Sisi was selling Egyptian territory for financial gain. Nour, leader of the Liberal Gahd El Thawra party went further by leaking what he claimed was a Saudi embassy document showing that Saudis had given expensive Rolex watches to the president, speaker of parliament and prime minister, and Tissot watches and analog clocks to each member of parliament. However, the Saudi ambassador to Cairo said the document was a fraud.

The second calamity to befall the Egyptian president was the withdrawal of Italy’s ambassador, after the torture and murder of an Italian student in Cairo. What happened to Cambridge doctoral student Giulio Regeni was no different than the fate that befell thousands of Egyptian victims of the security forces, to whom Sisi has given blanket immunity. According to preliminary coroner reports, his fingernails and toenails had been pulled out; there were cigarette burns around his eyes and feet and numerous cuts on his face. His spine had been broken. The brave student held out for 10 days.

The head of the Giza Investigations Unit, Khaled Shalaby, initially claimed that Regeni had died in a traffic accident and then claimed criminals had murdered him. The difference this time is that Italians were being lied to and there was outrage across Italy.

Matteo Renzi, the Italian prime minister who in an interview with Al Jazeera described Sisi as a great and ambitious leader, has had to do a sharp U-turn, even by the standards of Italian driving. Renzi saw in Sisi an opportunity to bundle together Italy’s regional security, business and foreign policy interests. The Italian oil giant ENI is sitting on the largest gas field in the Mediterranean, off the coast of Egypt. Italy’s largest bank, Banca Intesa, has large interests in Egypt. Italy was an enthusiastic supporter of Sisi as a counter-terrorism fighter not just in Egypt, but in Libya.

The first European country that Sisi visited, has now become the first to withdraw its ambassador. Italy has suddenly found out what it is like to be at the receiving end of gross human rights violations in Egypt. It is asking for EU solidarity in its demand for the truth about Regeni.

On Wednesday, Sisi lashed out against his critics for the second time in a month, blaming everyone but himself for the two public relations disasters. He said Egypt’s achievements were unprecedented in 20 years. He defended his parliament, his intelligence services and hailed the demarcation of maritime boundaries with Saudi Arabia. Egypt, he said, was being undone by “the people of evil who are inside us and within us”. He said the Egyptian people were doing themselves harm by talking about the border agreement.

In a ramble that contradicted itself sentence by sentence, Sisi told Egyptians to shut up about the two islands and to await a full parliamentary debate. This is supposedly the debate that will be conducted impartially by all those members of parliament sporting expensive watches. Sisi struggled on: “In one sentence ... we have not abandoned something that belonged to us ... we simply gave people what was theirs ... Egypt has not abandoned a single atom of sand to others, and given it to the Saudis.”

Sisi blamed the Egyptian media for the international furore over Regeni's death: “It is we, the media people, who do this to ourselves… It is we who created the problem… Bring here all that was published … there are among us and within us evil people who are just sitting doing this kind of work ... we announce a project or a decision and then they cast doubt on it and they accuse the state about it.”

Emad Shahin, a visiting professor at the School of Foreign Service at Georgetown University said: “Sisi is suffering from the security dilemma. The more you try to build up your security, the more you rely on fear and division, the more you distrust civilian institutions and rely totally on the army, the more insecure you become. It’s like someone who has fire inside his house and he is going on the grass outside in order to make himself safe. In the end the fire will catch him up wherever he tries to hide.”

“People think of him as the general who can provide security and they deliberately sacrifice freedom and uncertainty for his promises. This bet has not paid off. Most of his projects are failing, whether it’s the Suez Canal, or the islands. The problem with the islands was not even maintaining the minimum level of transparency. We woke up and we were told by the government that these islands never belonged to us, when every text book every schoolboy reads says they do.”