So far, Iran has endured Trump's hostility. That patience will run out

Ellie Geranmayeh
The US is testing Iran at every turn. Before Trump's rhetoric and arms deals force Iran to impose greater costs on Saudi and the US, Western diplomats should get to work 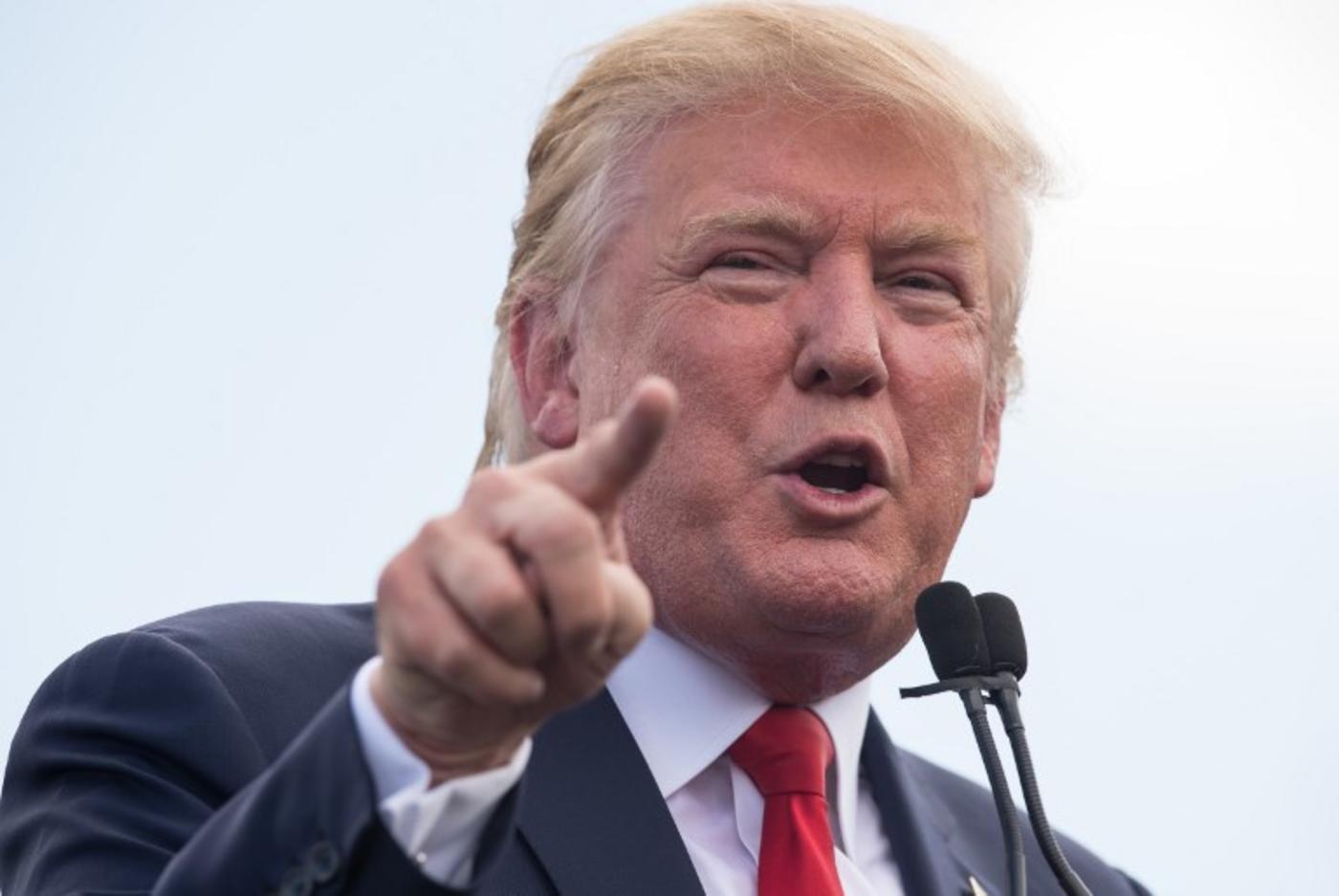 President Trump has turned his back on every opportunity to extend an open hand to Iran and has tested its people. With the backdrop of great turbulence in the region, Iran has so far exercised strategic patience. This patience has its limits.

In response to the unprecedented Islamic State (IS) attacks and suicide bombings in Tehran on 7 June, which claimed 17 innocent lives, the White House issued a statement that seemingly condoned the incident by holding Iran responsible for the terrorism it had faced.

This was a slap in the face to moderates within the Iranian leadership who, in the aftermath of 9/11, expressed sympathy with the United States and offered to assist in the fight against al-Qaeda. It was also a show of disrespect to Iranians as a whole, many of whom lit candles at 9/11 vigils to express their empathy with the American people at a time of mourning.

On the same day as the attack, the US Senate advanced a new sanctions bill against Iran primarily to target its ballistic missiles programme. This bill, if passed into law, is likely to further complicate the implementation of the Iran nuclear deal, a historic diplomatic achievement that peacefully resolved a global security concern regarding Iran’s nuclear programme.

This was poor timing for the White House and the Senate to test Iran and its people. Instead, the messaging from the US to Iran could have focused on highlighting the mutual threat of IS faced by both countries. This could have been an opportunity to explore areas of coordination in countering extremist militants opposed to both the US and Iranian military in places like Iraq and Afghanistan.

Trump’s hostile messaging to Iran follows his recent visit to the Middle East. During this trip, rather than encouraging regional stability and dialogue, Trump allowed the visit to be turned into a Tehran-bashing contest together with Iran’s regional foes Saudi Arabia and Israel. At the Riyadh summit, Trump unconditionally sided with Saudi Arabia by calling for all nations of conscience to isolate Iran.

This plea for Iran’s isolations came as over 57 percent of Iranian voters re-elected incumbent President Hassan Rouhani in the 19 May elections. Rouhani has vowed to extend the hand of diplomacy used on the nuclear issue to resolve other disputes with regional and international actors. Trump’s messaging baffled millions of Iranian voters who celebrated in the streets with hopes that Rouhani could improve relations with the West.

Trump’s message stood in stark contrast to those from the European Union’s high representative, Federica Mogherini, who was one of the first world leaders to congratulate Rouhani, noting that the EU is “ready to continue work for full JCPOA [nuclear deal] implementation, bilateral engagement, regional peace”. Similar messages came from other European leaders.

Trump on a limb

President Trump is unlikely to convince global players to follow his plans for Iran. China and India will resist rolling back their increased economic ties with Iran so long as the nuclear deal remains in place. Russia is highly unlikely to marginalise Iran given their growing strategic ties in Syria.

Trump will also struggle to find backers for this agenda in Europe. This is especially so at a time when Iran is implementing the nuclear deal while transatlantic relations have been severely strained following Trump’s Nato summit appearance and exit from the Paris climate change accord.

European leaders are also alarmed by Trump’s response to the rift between Iran and Saudi Arabia as well as the GCC crisis over Qatar. Trump’s public endorsement of the decision by Saudi Arabia to suspend relations with Qatar was condemned by the German Foreign Minister Sigmar Gabriel as “Trumpization” of relations in the region.

Trump’s response to the Middle East has so far contributed to greater polarisation in the region. This will have immediate repercussions. It will further complicate efforts in Syria to persuade all sides to respect the newly established de-escalation zones in which, over the past month, there have already been three instances of confrontation between US forces and Iranian-backed forces in Al Tanf. It could also endanger US assets in Iraq and Afghanistan where Iran has considerable influence.

Spoilers on all sides emboldened

Perhaps most troubling is that Trump’s positioning on the Iran-Saudi feud has contributed to a perception inside Iran that the US, together with Saudi Arabia and Israel, is encouraging the destabilisation of Iran within its borders.

Iran’s Revolutionary Guard Corp (IRGC) accused Saudi Arabia and the US of involvement in the recent IS attacks. No evidence has been produced to support these claims which are rejected by Saudi Arabia. These accusations do however follow recent statements by the Saudi Deputy Crown Prince Mohammad bin Salman that Saudi Arabia would “work to so that the battle is for them in Iran”.

Some members of the Saudi royal family have also deepened relations with exiled Iranian dissidents Mujahedeen-e-Khalq (MEK), which Iran designates as a terrorist group. The IRGC perceptions will be reinforced by recent reports that the CIA has established a new mission centre on Iran focused on intelligence and covert operations related to the country.

While the IRGC’s position could well be based on misperceptions, given Trump’s brash response to Iranian elections and recent terrorist attacks, these views are increasingly shared within the public domain. And such perceptions can influence policy choices made by the leadership in Tehran.

Moreover, a continuation of this trend can greatly tarnish the outlook of Iran’s outward-looking young population and next generation of leaders who yearn for improved relations with the West.

Trump’s rhetoric and arms flows into the region may also eventually force Iran into looking for ways to impose greater costs on Saudi Arabia and the United States. This will ultimately lead to further fragility for the Middle East.

Western actors, such as Europe, Canada and Australia, should look for ways to preserve the space for diplomacy with Rouhani

In the coming months, as the Trump administration finalises its Iran policy review, it will be imperative for global leaders in Europe, Asia and Russia to clearly outline their concerns to both the White House and members of Congress. They ought to also provide President Trump with a more sober and accurate assessment of the root causes of the region’s current crises and highlight how the West can better secure its strategic interests on combating terrorism by cooperating with all regional powers, including Iran.

Global actors should also attempt to neutralise the “Trumpization” of the region. They could do so by offering support to any regional initiative aimed at de-escalating recent tensions between the GCC states and Iran. They can also amplify positive messaging towards Tehran in the hope that its leadership will restrain itself from provocative responses.

Western actors, such as Europe, Canada and Australia, should look for ways to preserve the space for diplomacy with Rouhani. They ought to also expand their people-to-people diplomacy with Iranians at a time when they feel isolated by the United States after being targeted by Trump’s proposed travel ban.

In the absence of responsible and pragmatic leadership from both regional and global actors, the current trajectory in the Middle East is likely to spiral into a more vicious cycle of violence.

- Ellie Geranmayeh is senior policy fellow for the Middle East and North Africa Programme at the European Council on Foreign Relations. She focuses on European foreign policy in relation to Iran, particularly on the nuclear and regional dossiers. Her expertise also covers wider regional dynamics as outlined in her latest policy publications “After ISIS: How to Win the Peace in Iraq and Libya” (ECFR, 2017) and “The new power couple: Russia and Iran in the Middle East” (ECFR, 2016).

Photo: US Republican presidential candidate Donald Trump speaks at a rally organised by the Tea Party Patriots against the Iran nuclear deal in front of the Capitol in Washington, DC, on 9 September 2015. (AFP)