Syria: The beginning of a long road to an impossible settlement

Basheer Nafi
It took several rapid changes in the balance of power to bring the Syria crisis to this turning point. Now the hard work begins 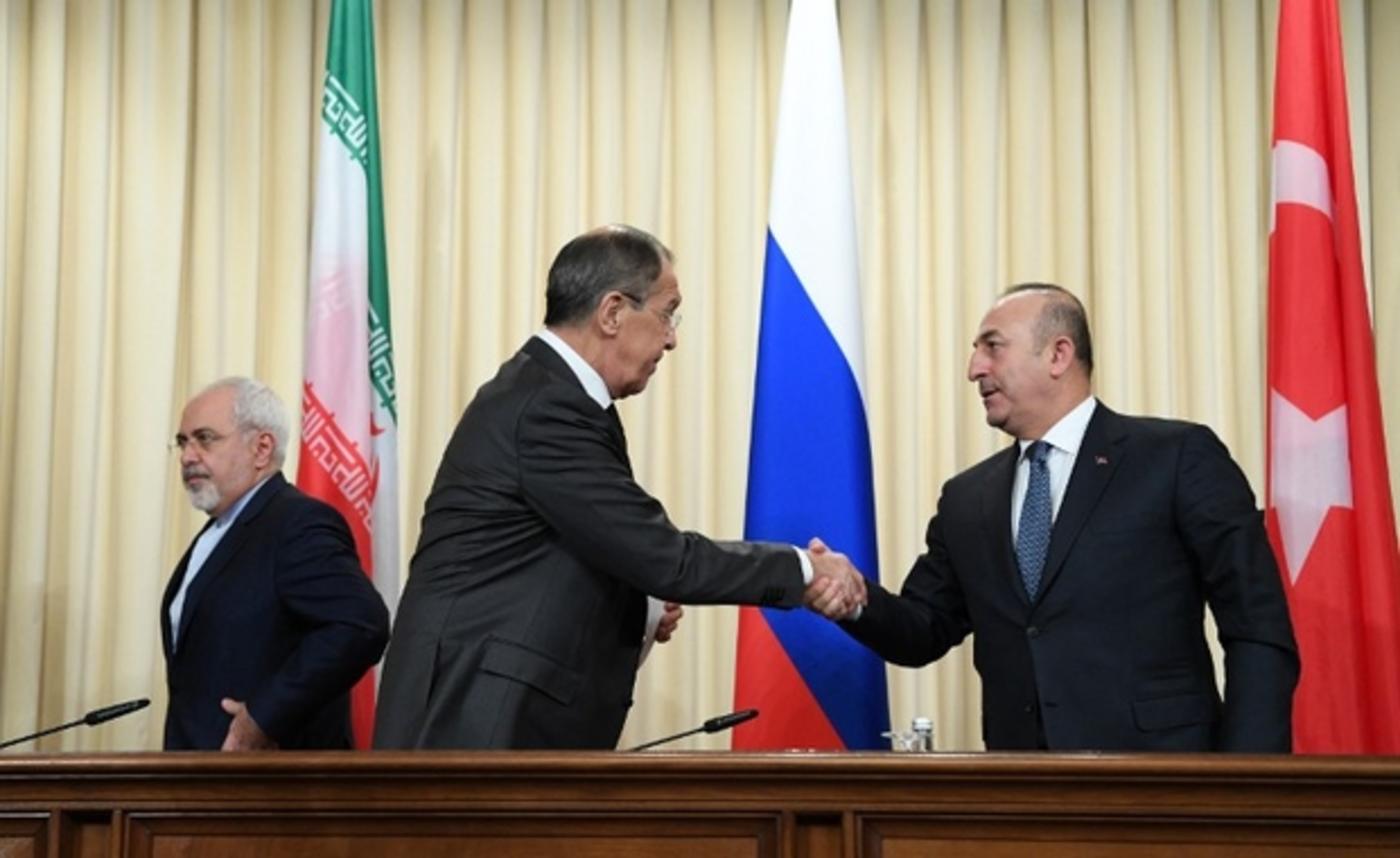 The ceasefire agreement in Syria would not have been possible without new convictions on the part of the main parties in the crisis on the one hand and an accelerating rapprochement between Ankara and Moscow on the other.

No one should imagine that the process of resolving the crisis will be easy or simple. Even the ceasefire may not last long

But no one should imagine that the process of resolving the crisis will proceed quickly or that it will be easy or simple. Even the ceasefire may not last long.

The Russians intervened directly in the Syrian crisis because they wanted to put an end to the process of changing regimes in the name of democracy and because they imagined that intervening in Syria would enable them to restore their position and role in the international arena and that it could serve as an important bargaining chip in the interplay with the West in the European arena, especially over the Ukraine.

There is no doubt that the Russian entry into Syria would not have been possible without encouragement and a joint invitation from both the regime and Iran. The Americans, who did not at all consider Syria a zone of influence or a priority, refused to lump Syria and the Ukraine in a single negotiating basket.

Soon afterwards, Moscow realised that the regime, even with the support it received from Iran and Hezbollah, was unable to resolve the situation militarily and that an end to the conflict could not be accomplished without additional Russian involvement.

More importantly, the Russian military force in Syria turned out to be a tool in a sectarian war, used for an operation of sectarian cleansing and demographic restructuring involving the Syrian people at the time when international institutions had begun collecting pieces of evidence to prove that the Russian military was embroiled in war crimes or at least provided cover for them.

During the past two or three months, it has become obvious that Moscow was keen to end its involvement in the war and anxious to set a political process in motion that would re-introduce it as a peacemaker and an international power, capable of resolving crises.

Evolution of a strategy

Turkey has not pursued a fixed strategy toward the Syrian crisis. Instead, Ankara’s approach to the crisis has progressed from one phase to another.

Until the autumn of 2011, the Turkish position envisioned a radical reform process in Syria led by president Bashar Assad. Even after calling at the end of September 2011 for regime change, Ankara did not assume a direct role.

Then, during 2012, the Syrian revolution gradually shifted to military action and Turkey, Saudi Arabia and Qatar started providing limited assistance to the Syrian revolutionary forces. In contrast, the regime was enjoying growing Iranian support while Hezbollah forged a partnership with the regime in its war against the people.

Throughout the next two years, and despite the growing roles played by Iran and Hezbollah, the crisis in Turkish-Saudi relations and the Turkish-American disagreements, Ankara remained convinced that the Syrian people and their armed forces were capable of bringing down the regime.

However, by late 2015, Turkey realised that the Russian entry into the war had created a major imbalance. In order for the balance to be restored, an American role was necessary to counterbalance the Russians. But the Obama administration refused to assume that role. The imbalance grew with the downing of the Russian fighter plane in November 2015. From this point on, Turkey’s movements inside Syria became extremely limited.

But in June 2016, the Turks and Russians reconciled. Still, Turkey’s role in Syria was hampered, in particular as a result of the coup attempt in the middle of July. During the subsequent months, Turkish-Western relations deteriorated, whether as a result of the European position toward the measures taken against the coup perpetrators or as a result of the increasing American support for Syrian Kurdish organisations closely associated with the PKK. In contrast, the Turkish-Russian rapprochement accelerated.

The Iranians were not unaware of the actual military situation inside Syria and of the regime’s inability to end the war militarily. Yet, they imagined that Russian military support would continue indefinitely and that Turkey would be unable to manoeuvre because of its preoccupation with its domestic concerns.

Perhaps Iran’s biggest miscalculation was imagining that Turkey - irrespective of the extent of its disagreements with the US - would remain hostage to its NATO membership and its alliance with Washington.

In contrast, the Turks would have had this to say: “Over the past five years, the Iranians have rejected all our proposals for resolving the Syrian crisis regionally and they did not hesitate to escalate the problem internationally and to invite the Russians in. So, let us ourselves also try to deal with the Russians.”

Since August, both the Russians and the Turks have found that the interests of their respective countries require greater cooperation and agreement in Syria, leaving the American position to the side.

The Russians agreed to a Turkish operation, with the participation of the Free Syrian Army. The Russians told the Syrian regime and the Iranians that they were not prepared to shoulder the burden and bear the consequences of a military solution that might last for years and that might not be accomplished without the perpetration of massacres. The agreement over Aleppo, which the Iranians tried their best to sabotage, was the first step.

In the ceasefire talks held in Ankara, and even when negotiations reopened, the Russians once again expressed tangible flexibility. Putting them at odds with the regime and with the Iranians, the Russians consented that the ceasefire should encompass all Syrian territories, that the framework formula established at Geneva I and UN Security Council Resolution 2254 would be adopted as a basis for negotiations and that the PYD should be excluded.

In the first military cooperation of its kind between the two countries since Bolshevik Russia supported the war of independence from 1919 to 1922, the Russian air force provided aerial cover during the Al-Bab liberation process on the same day the ceasefire agreement was signed.

However, this cooperation does not mean that the political solution is imminent. The three agreements reached on 29 December in Ankara were accomplished rather hastily and without sufficient clarity. The Turkish and Russian officials bear much of the responsibility for such haste.

The factions taking part in the negotiations signed a text that was not identical to the one signed by the regime in Damascus. In addition to the lack of clarity in the agreements regarding the position of Fateh al-Sham (formerly al-Nusrah), obscurity surrounds the nature of the Turkish-Russian monitoring of the observance by the various parties of the ceasefire.

It is obvious that neither the Iranians, nor the regime circles, are pleased with the agreement. They may try their best to derail it, especially in the areas where the Iranians are seeking sectarian cleansing such as Western Ghoutah.

The Astana meeting itself is symbolic. The Russians insisted on it, it would seem, in order to assert their peacemaking and negotiating roles. But after Astana, the negotiations will move to Geneva where the serious tackling of the issues being negotiated will begin under UN auspices and in the presence of all parties concerned, Syrian as well as non-Syrian. No one knows so far, not in Moscow, nor in Ankara, what Trump’s approach to the Syrian crisis will be.

Several rapid changes in the balance of power brought the Syrian crisis to this turning point. For the Syrian revolutionary forces to achieve as many of their objectives as possible, whether at the negotiating table or in the battlefield, a quick and comprehensive reconstruction of their political and military tools is needed.

The absurd fragmentation and Islamic ideological tendencies of the factions has created a burden that is hampering the Syrian revolution. Instead, all factions should unite under the banner of the Free Syrian Army, restore life to the Syrian coalition and establish an organic link between its institutions and the Free Syrian Army command. 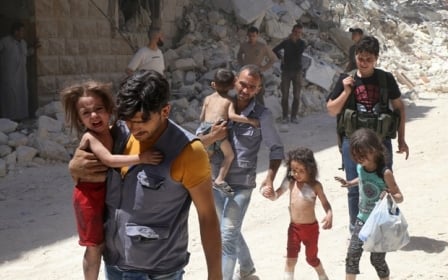 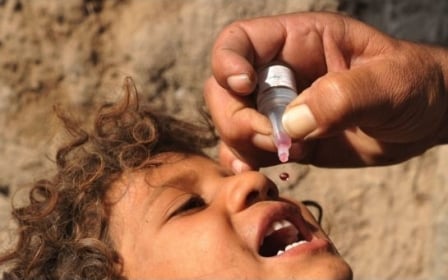 Trump
The Middle East and Donald Trump: What he thinks about Israel, Iran and Syria