Edward Dark
For tens of thousands of disappeared Syrians, for all intents and purposes, they cease to exist, languishing in government detention 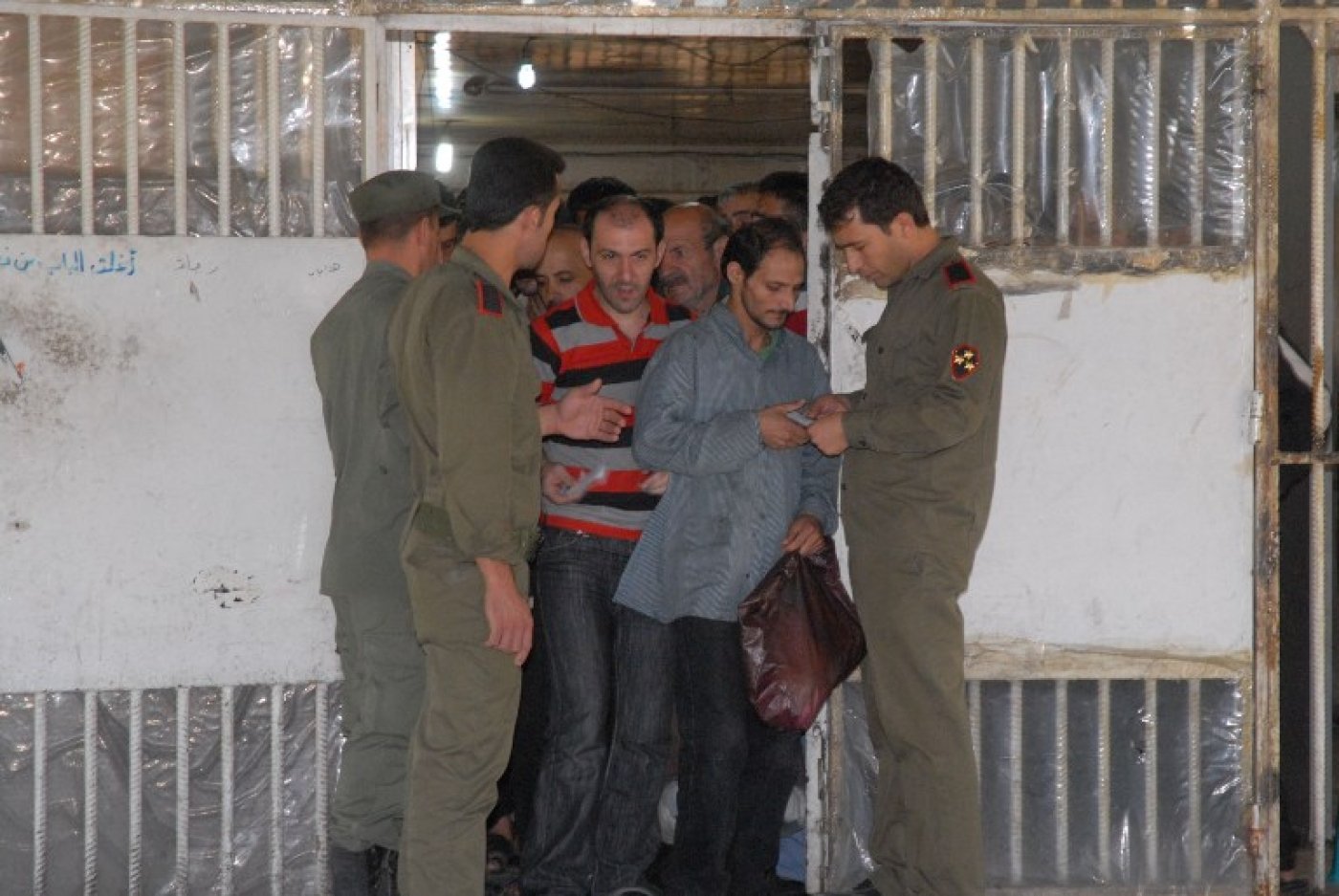 The long-running Syrian conflict has taken a terrible toll, not only in lives lost, homes destroyed and millions displaced, but also in the countless tens of thousands who have disappeared. No accurate numbers are known, and official government figures are thought to be wildly inaccurate, as the vast majority of those jailed are undocumented, languishing in the various stages of processing in the branches of the country’s many intelligence agencies. For all intents and purposes, they cease to exist and are in limbo until they finally come out and recount their stories.

I recently spoke to one of those “born again” lost souls: Thaer, who was arrested and “disappeared” last summer on the heels of student protests in Aleppo city, told me about his tale, how he and his friends went in fearing the worst, as they were all well aware of the tales of horror coming out of Syria’s notorious regime prisons, but that they were surprised to find that some things were overly exaggerated, while others were under-reported.

“It’s strange,” he said, “as after a while, we didn’t fear the jailors or the interrogations, which were very few - just once when we first arrived and then only every two to three months - and some of the jailors, over time, we even became friends with. Our biggest enemy was boredom and depression - how to pass the time, oh, and disease. We feared that the most, especially diarrhea and scabies. The key to surviving the ordeal was to keep your spirits high and have hope, to not think about your family, which you were not allowed to talk to or see, and who knew nothing about your whereabouts or fate. My family did not even know if I was alive or dead until months later, and they were able to send me some money, thank God. If you had a mental breakdown, they would drag you outside and beat you until you calmed down - that’s how they dealt with it, and that’s how we learned to do anything to avoid it.”

“How would you avoid it, what are some of the things you would do?” I asked him. “Well, we would play cards, or checkers, or just do the crosswords or Sudoku on the state newspapers that were sometimes allowed in. That’s how we got our news as there were no televisions. We also got news from the new inmates. But mostly we just talked to pass the time away.”

I asked Thaer about their living conditions; did they have proper food, medicine, access to toilets and clean water? How were they treated? “When we were in Aleppo, the food was great. We were lucky as it was provided to us by the Jesuit Refugee Services (JRS) charity. We were allowed to shower twice a week. I even had hot water twice a month last winter. The charity also gave us clean blankets and pillows, as the ones in the cells were filthy. We had medicine, but mostly it was antibiotics, anti-diarrhea or for scabies. People who needed special medicine because they were ill had to rely on the charities for it. The food situation got worse after we were moved on to Tartus - but on the plus side - we could get the guards to buy us things from outside, at inflated prices of course.”

Surprisingly, Thaer added, “You know, in Aleppo they even allowed us to have communal prayers in the cells, they didn’t say anything about it. Some of us even fasted for Ramadan. But when they moved us on to Tartus and later Damascus, we only prayed individually.”

I asked him where they were kept, solitary or normal cells? “Usually in a cell that was only about two-and-a-half metres across by less than two. It would be up to six people there. We would take turns some standing, some sitting and some lying down. But it was much better than the large rooms, those were awful. Up to 160 people could be crammed there. It was horrible.”

Thaer went on to explain the chronic overcrowding problem and the mindless bureaucracy that meant thousands who were either innocent or accused of petty crimes languished for months on end: “Even the guards and soldiers were fed up with it, they were as much prisoners there as we were. On active duty, they were there most of the day and sometimes wouldn’t go home for months. They would tell us they were fed up with all the burden of looking after the hundreds of prisoners who had done nothing, but blamed the officers who wanted to appear like they were actually doing something and combating terrorism. Of course, the ones who were dangerous to the regime like armed men or people who helped the rebels were kept elsewhere, they were treated differently and very badly. We heard their screams sometimes, but we were not allowed to see them or talk to them.”

Commenting on the sorry state of the Syrian security apparatus, he added, “Even after all these years of war, they have learned nothing. It [the conflict] would never have gotten so far, had they not been so incompetent and thuggish in the way they mistreat people. One guy from Aleppo was with us for eight months - his only crime was that his name was the same as a wanted rebel. Others would be picked up and arrested just because their address or hometown was a rebel-controlled area or neighbourhood. They would be there for months until they were released as there were too many prisoners to process. That’s how silly it is. This whole system has schizophrenia. An officer who was in charge of interrogation in Damascus was from Idlib, he had a brother who was a rebel commander! The soldiers would jokingly tell us how sometimes his brother’s name would come up by the people he was interrogating!”

Thaer told me how they would just as easily jail one of their own: “There were many regime soldiers jailed for various reasons. One was from the NDF [Syrian National Defence Force], and was accused of selling his ammunition to the rebels at a frontline. He had a bit more leeway though, but when they caught him smuggling in and selling cigarettes to the rest of the inmates (smoking is strictly banned) he got a very nasty beating.”

I asked Thaer to tell me how he was finally released: “After 14 months, the officer in charge of our case in Damascus had us sign a confession that we were protesting. 'We can’t let you out unless we have the paperwork to justify why we kept you in the first place. I’ve put the least terrible crime for you,' he told us. So we signed, and were finally released to a civil public prosecutor, who looked at our case and then dismissed it. He realised our charges were frivolous and that we had already spent so much time locked up, he’s had thousands of cases like ours. We were out and free two days after.”

I asked Thaer what he planned to do next: “Well, that last officer gave us the usual patriotic sermon, he told us to go back to our universities and to get good jobs, that our country needed educated people like us in the future. But I don’t see a future for me in my country, not after the way it has treated me.” Thaer has since left to Lebanon, and from there he will be going to continue his studies abroad in Europe. He does not plan to return to Syria after he’s finished. The Syrian conflict has blighted all hope for him, it seems, and there are far too many like Thaer now, Syria’s lost generation, both young and old.

Photo Credit: Tens of thousands of Syrians are languishing in regime prisons (AFP)