Is a Syrian Suez approaching?

Peter Ford
Another tripartite aggression based on pretexts and plotting appears imminent, this time involving the US, UK and France 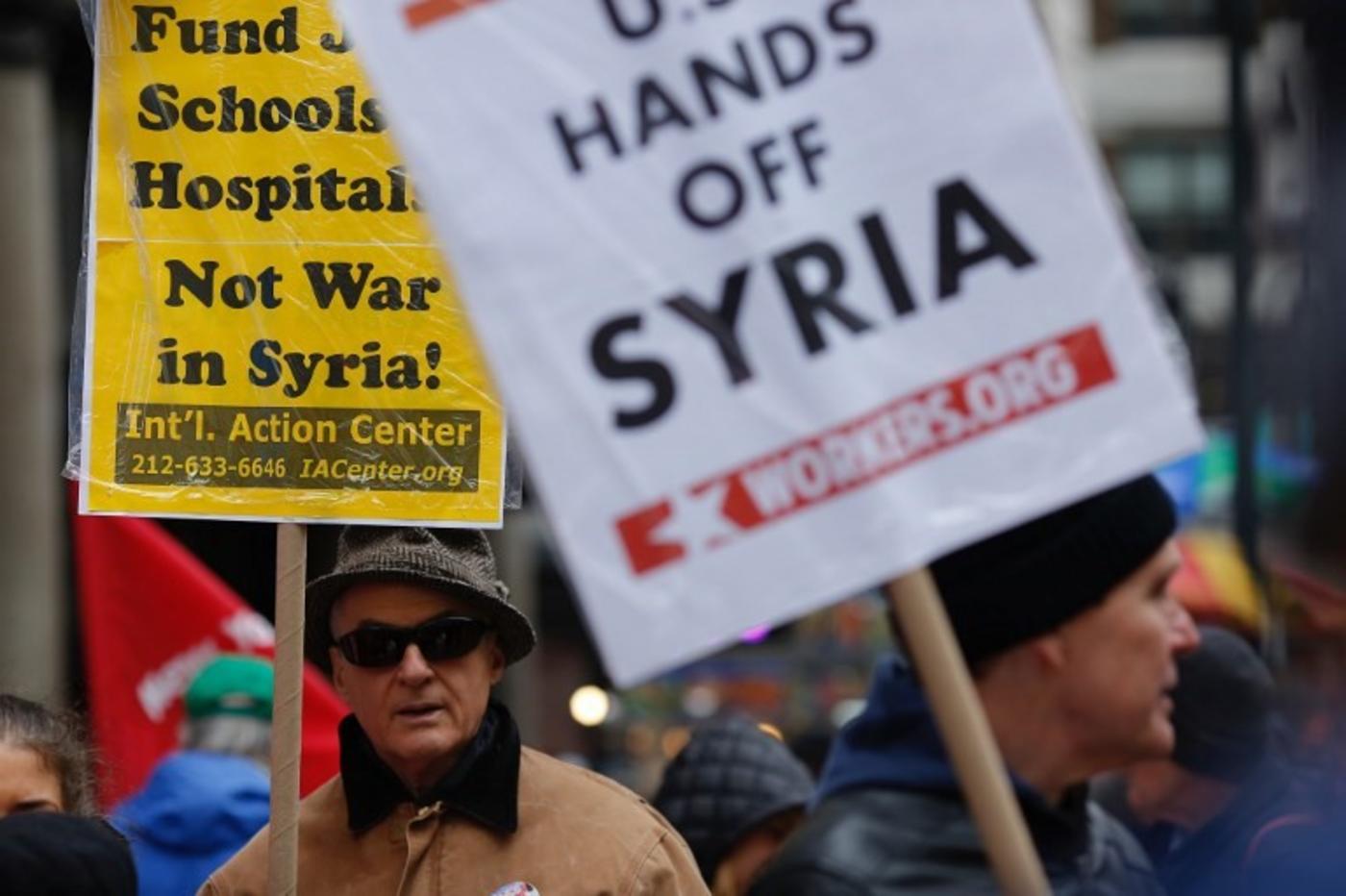 September 1 will mark the 62nd anniversary of the secret formal request by the government of France to Israel for Israel to attack Egypt.

The plan was for France, soon joined by the UK, to invade Egypt on the pretext of safeguarding the Suez Canal, in hopes of precipitating the overthrow of President Gamal Abdel Nasser. The Tripartite Aggression, as the Arabs call it, was duly triggered on 29 October 1956, when Israel invaded.

September 2018 is likely to witness another tripartite aggression based on pretexts and plotting, this time involving the US alongside the UK and France. The victim now is Syria.

The three governments in April staged a rehearsal for the upcoming performance, responding with bombing raids to the alleged use of chemical weapons in Douma. While Plan A for the raids involved heavy attacks on presidential offices and armed forces command and control centres, President Donald Trump was reportedly talked down from this by Secretary of Defence James Mattis, concerned by the prospect of possible clashes with Russia and risks to US forces stationed in Syria.

Aspects of the Douma operation conspired to make it likely that Plan A would be given a fresh run, which is now imminent.

From the point of view of the tripartite group, they painted themselves into a corner of bombing more heavily, because that is exactly what they promised to do

From the point of view of the tripartite group, they painted themselves into a corner of bombing more heavily, because that is exactly what they promised to do after the Douma round in the event of further use of chemical weapons.

The worst fears were not realised. It proved possible to bomb multiple sites without many civilian casualties or, more importantly, any significant military counteractions by Russia, Iran or Syria itself. And thanks to pliant media and legislators, it proved easy to bomb without having to go to the United Nations first, consult legislatures, or allow an inspection by the Organization for the Prohibition of Chemical Weapons (OPCW).

The bombing increased Trump’s approval ratings dramatically, and did no harm to the fortunes of UK Prime Minister Theresa May or French President Emmanuel Macron.

From the point of view of the militants opposed to President Bashar al-Assad, the lesson can only have been that a further incident was something devoutly to be wished for, if not actually engineered.

It is not necessary to rehash the mountain of evidence pointing to the probability that Douma was fabricated. Suffice to say that OPCW inspectors, in their interim report presented on 6 July, stated that they had found no evidence that chemical weapons such as nerve agents had been used, and that the evidence for the use of chlorine as a weapon was inconclusive.

Helped again by pliant media and sleepy legislators, the tripartite governments have simply ignored this assessment, continuing brazenly to claim that President Assad was responsible.

The joint statement of the US, UK and France issued on 21 August, threatening Syria with intervention if chemical weapons are used again, was peremptory. As regardless of grammar as of facts, the three said they “reaffirm [their] resolve to preventing the use of chemical weapons by the Syrian regime, and for holding them accountable … As we have demonstrated, we will respond appropriately to any further use.”

Oblivious to the amassing in Idlib of a jihadi strike force of thousands of fighters, spearheaded by Hayat Tahrir al-Sham, the powers claimed piously to be “gravely concerned over reports of a military offensive by the Syrian regime against civilians and civilian infrastructure”.

Possibly calling to mind that their planned action will be illegal, they proclaimed that “the unchecked use of chemical weapons by any state presents an unacceptable threat to all states”, laying the groundwork for a flimsy legal defence.

The precedents of Iraq and Libya

Were there any doubt that skulduggery was afoot, it was removed by media reports, based on Russian statements and briefings, of the White Helmets being on manoeuvres in the vicinity of Jisr al-Shughur, and the transfer to a nearby village of canisters of chlorine, under the direction of English-speaking special forces or contractors.

Simultaneously, reports appeared of the US bolstering its naval presence in the Gulf and land forces in Iraq on the borders with Syria. Russia has moved more of its naval forces into Syrian territorial waters in response to the warning of imminent action, say reports.

How could anybody be so credulous as to believe a conspiracy theory like this, and from such tainted sources? Was it for a moment believable that the British or the Americans could be so duplicitous as to create for themselves a pretext to bomb a weak country in the Middle East? No need to go back as far as Suez to answer that; a quick recap of events in Iraq (weapons of mass destruction again) and Libya (baselessly alleged imminent massacres in Benghazi) would suffice.

But surely, it might be thought, wise counsels would prevail in Washington, London and Paris, given that Operation Douma did no great harm, but only because the scenario was pre-cooked with the Russians, on the basis that the targets were limited?

Given also that the Iranians, with little to lose now that US sanctions are back on, would react if Assad and the Syrian state structure were threatened existentially? Or given that the 2,000 US troops in northeastern Syria and the al-Tanf enclave were hostages as well as tripwires, as exposed as any US troops ever were in neighbouring Anbar?

The precedent of Suez suggests that considerations of well-founded caution will be swept aside. Senior military and diplomatic advisers begged former British prime minister Anthony Eden not to attack. Is Trump, more under pressure even than he was in April to demonstrate that he is not subservient to Russia President Vladimir Putin, more likely to resist the temptation of the fuite en avant than Eden?

Assad has only to survive physically a few days’ barrage ... to emerge just as Nasser emerged from Suez, bloodied but unbowed

Suez was a fiasco. While militarily it was a mitigated success, politically it achieved the opposite of what was planned. Nasser emerged stronger than ever.

Will history repeat itself? Assad has only to survive physically a few days’ barrage (if he is wise, he will repair to the Russian base near Latakia for the duration) to emerge just as Nasser emerged from Suez, bloodied but unbowed. Eden’s career was over when he resigned two months after the armistice in Egypt.

- Peter Ford was the UK’s ambassador in Syria and Bahrain before joining the UN to work on refugee issues. He is the co-chairman of the British Syrian Society.

Photo: A man holds a placard during an anti-war protest after President Donald Trump launched air strikes in Syria, 15 April, 2018 in New York City. United States, United Kingdom, and France conducted strikes in Syria in response to the alleged use of chemical weapons (AFP). 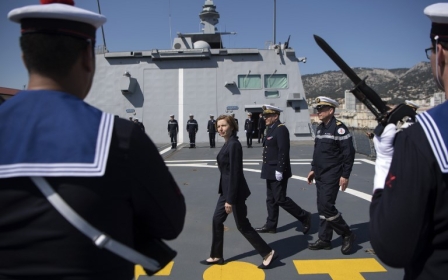