There are no poems of mass destruction 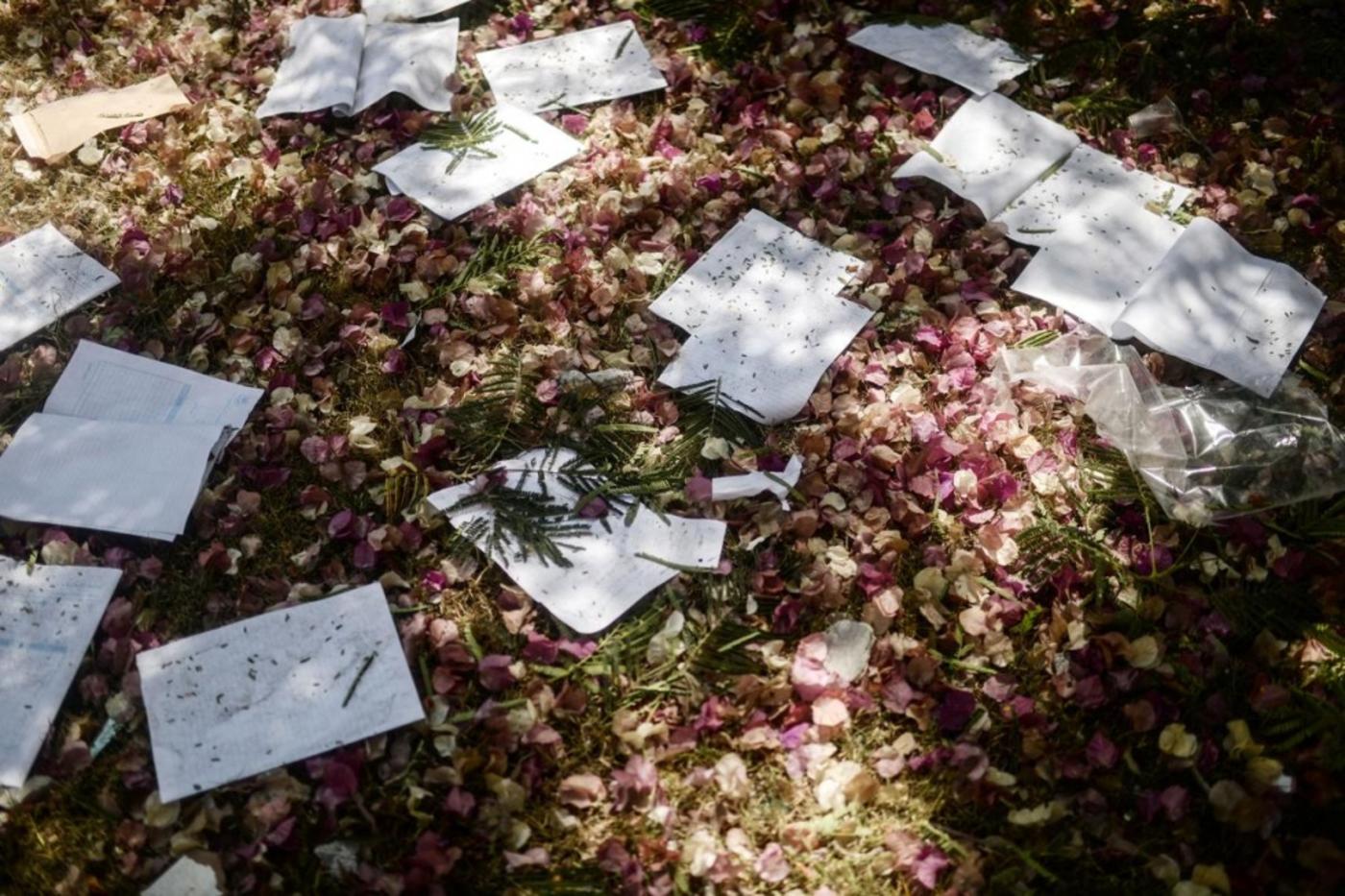 During the current conflict, the Islamic University of Gaza (IUG), where I teach world literature and creative writing in the English department, has been hit by many Israeli missiles. The administration building has been seriously damaged. Two departments have been completely destroyed: the personnel department and the English department offices. IUG was established in 1978 and served tens of thousands of Palestinians. Now more than 20,000 students study at IUG which has 10 faculties and more than 70 fields of study, ranging from medicine and engineering to languages, education and psychology.

When I started teaching at the IUG, I met young students most of whom have never been outside Gaza and have suffered greatly under Israeli occupation. This suffering became even worse when Israel tightened its siege in 2006. Many of them could not go to the West Bank for family visits, or to Jerusalem for a simple religious ritual, or to the US or the UK for grants and visits. Even books were not, along with thousands of other commodities, normally allowed in. The consequences of putting this young generation in the dark, the world must know, has far worse ramifications than we would ever expect.

At the beginning my students must have found it difficult to study Yehuda Amichai (because he is an Israeli Jew!) or to accept my “progressive” views about Shylock or Fagin. For many, Fagin was the source of evil; the embodiment of the devil that destroys society by murdering, at least metaphorically, its future, the little ones, by turning them into thieves and murderers.

Only later were they able to open their eyes a little bit and see that Fagin was a mere product of a society that hates those who are different, those with a darker skin or a different race. They came to realise Fagin was even better than the church itself. They saw Fagin offering a shelter for the homeless and making the likes of Oliver feel happy and hopeful for a little bit. Fagin, the Jew, was no longer a Jew. He was a human being, just like anyone of us. Fagin’s refusal to wake Oliver up to send him to break into some house and his comment “Not now. Tomorrow. Tomorrow” were no longer seen as ironic, but as evidence of a man with a heart. The most challenging question I asked was, “What would you do if you were Fagin?”, a question that invited my students to reconsider issues of race and religion, and transcend them into much higher concepts of humanity and shared interests.

But Shakespeare’s classes of The Merchant of Venice were trickier. To many of my students Shylock was beyond repair. Even Shylock’s daughter hated him! However, with the open-mindedness, dialogue, and respect to all cultures and religions IUG promotes, I worked very closely with my students to overcome all prejudices when judging people, or at least when analysing literary texts.

Shylock, therefore, was also transcended from a mere simplistic idea of a Jew who wants a pound of flesh just to satisfy some cannibalistic primitive desires of revenge into a totally different human being. Shylock was Just like us Palestinians exposed constantly not only to Israeli aggression and destruction and racism, but to its war machine of misinformation and defamation. Shylock had to endure many religious and spiritual walls erected by an apartheid-like society. Shylock was in a position where he had to choose between total submission and humiliation by living as a subhuman, or resist oppression by the means available to him. He chose to resist, just like Palestinians nowadays.

Shylock’s “Hath not a Jew eyes?” speech was no longer a pathetic attempt to justify murder, but rather an internalisation of long years of pain and injustices. I was not at all surprised when one of my students found the similarities between us and Shylock so striking that she altered the speech to:

“Hath not a Palestinian eyes? Hath not a Palestinian hands, organs,
dimensions, senses, affections, passions; fed with
the same food, hurt with the same weapons, subject
to the same diseases, heal'd by the same means,
warm'd and cool'd by the same winter and summer
as a Christian or a Jew is? If you prick us, do we not bleed?
If you tickle us, do we not laugh? If you poison us,
do we not die? And if you wrong us, shall we not revenge?”

Perhaps, the most emotional moment in my six-year teaching career at IUG’s English department was when I asked my students which of the characters they identify with more, Othello, with his Arab origins, or Shylock the Jew. Most students felt they are closer to Shylock and more sympathetic to him than to Othello. Only then did I realise that I managed to help my students grow and shatter the prejudices they had to grow up with because of the occupation and the siege. Sadly, the exam papers which I stored in my office have been set ablaze in a way that echoes how Shylock was stripped off his money and possessions. I always wanted to make use of the answers and compile them into a book.

But now! Now with all the death and obliteration Israel has been bringing on the heads of Palestinians in Gaza will I be able to repeat that experience? Will I be able to speak about the humanity of Fagin and similarity between us and Shylock, and still look my students in the eye? How are they going to react after what they have seen from the Zionists who are using Judaism as their excuse and discourse to kill us?

From the pictures I saw, the personnel department and the English department are totally destroyed. My office, along with those of my colleagues, is gone. My office where I met hundreds of students for office hours and further discussions is gone. The wonderful small department library is gone. I am not sure whether the whole five-storey building has to be demolished or whether it can be renovated.

Soon after the attack, an IDF spokesman on Twitter declared they destroyed a “weapons development centre!” at the Islamic University. However, a few hours later Israel magnified the reason why it bombed IUG - Israel’s defence minister in a press release said “IUG was developing chemicals, to be used as against us.” When I tweeted them back, challenging them to produce any shred of evidence, of course I got no reply. We just have to take it for granted that Israel never ever lies. We are even supposed to ignore the glaring inconsistency between the two statements above. To us, the lie, if not very tragic, would be hilarious.

I know my students will not stop joking about me developing PMDs, or Poems of Mass Destruction, or TMDs, Theories of Mass Destruction. Some might even start rereading certain texts in search for any chemical traces, or ask to be taught chemical poetry alongside with allegorical and narrative poetry. I assume, short range stories and long range stories might replace normal terms like short stories and novels. And I might be asked if my exams will have questions capable of carrying chemical warheads!

But why would Israel bomb a university? Some say Israel attacked IUG just to punish its 20,000 thousand students or to push Palestinians to despair. That is true, but to me IUG’s only danger to the Israeli occupation and its apartheid regime is that it is the most important place in Gaza to develop students’ minds as indestructible weapons. Knowledge is Israel’s worst enemy. Awareness is Israel’s most hated and feared foe. That’s why Israel bombs a university; it wants to kill openness and determination to refuse living under injustice and racism. But again, why does Israel bomb a school? Or a hospital? Or a mosque? Or a 20-storey building? It could be, as Shylock put it, “a merry sport”!

The wounds Israel planted in the hearts of Palestinians are not irreparable. We have no choice but to recover and stand up again, and continue the struggle. Submitting to the occupation is a betrayal to humanity and to all struggles around the world.

And I know it will be a very tough task for me to engage my students in the kind of discussions where we Palestinians fight injustice side by side with many fellow Christians and Jews from all over the world. I believe I know where to start, however. I will start from Ilise and Dan, my Jewish friends, I met in our Gaza Writes Back book tour in the United States. They have been in constant contact with me to make sure I am OK and that my family is OK. They have been my ray of hope in the face of darkness and oppression. I will tell my students about Jewish Voice for Peace (JVP) whose tremendous work, especially for the Boycott, Divestment and Sanctions campaign, is making a big difference in the Palestinian struggle. I will teach my students that Judaism is hijacked by Israel. I will teach them what Ali Abunimah teaches us: “Despite Zionists' relentless efforts to implicate them, Jews are not collectively guilty of Israel's genocidal crimes against Palestinians. To stand against anti-semitism means to utterly refuse Zionism's claim that its atrocities are done in the name of Jews everywhere.”

And I know they will ask if enough is being done, if these friends still can do more to prevent Israel from committing more horrifying crimes against us. That I will leave to Ilise and Dan to answer, to pro-Palestinians working hard to promote BDS and to JVP’s work to bring those Israeli war criminals to court and to end their impunity.

Photo credit: Notebooks of students are scattered around on the yard of Islamic University in Gaza city, damaged by an Israeli airstrike in Gaza on 2 August, 2014. (AA) 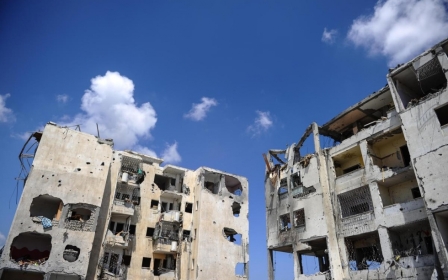 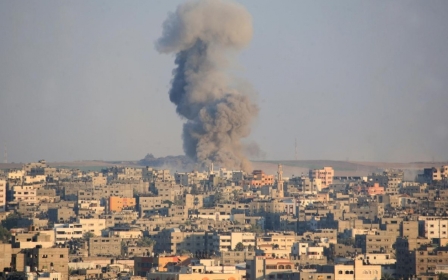 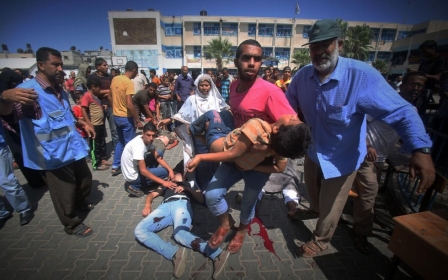