Is there a thaw in Turkish-Egyptian relations?

David Barchard
With Qatar falling into line with Saudi Arabia, Turkey’s opposition to Egypt’s President Sisi has left it at odds with the Arab world - reversing course, though, is a tough call 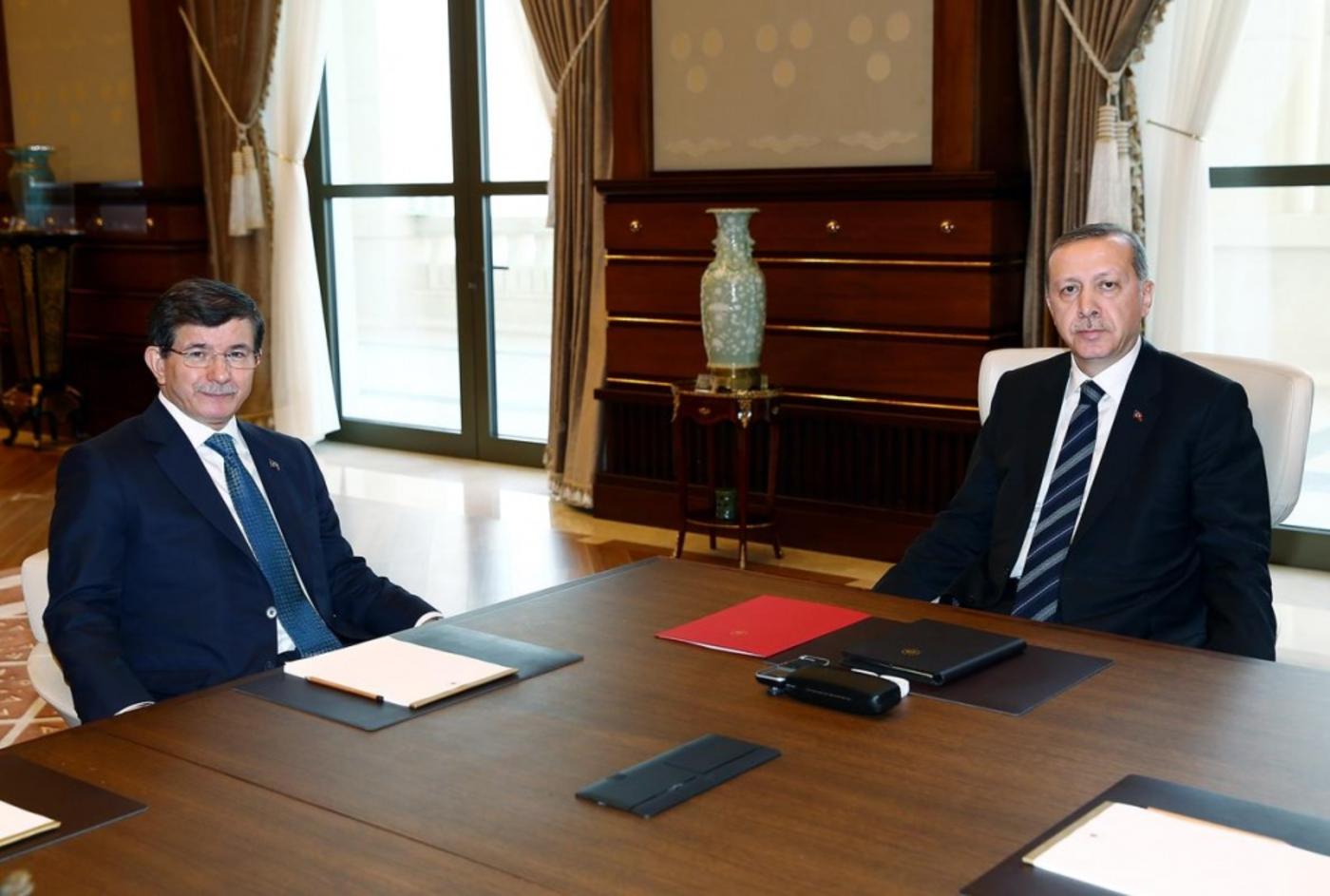 Turkey and Egypt have been at loggerheads since the overthrow of president Mohamed Morsi and his Muslim Brotherhood government in Cairo in July 2013.

Just over a year ago, in November 2013, Egypt asked the Turkish ambassador to leave, and the two countries have representation only at Chargé d’Affaires level. Since then, there has been a fierce war of words between the two countries, with Turkey consistently attempting to isolate President Abdul Fattah al-Sisi and his government from the international community.

Even Pope Francis, when he visited Turkey at the end of November, had to listen to a lecture from President Recep Tayyip Erdogan telling him that he should not have agreed to receive President Sisi, because by doing so the Vatican was boosting the Egyptian leader’s international legitimacy.

Turkish denunciation of Egypt is not based simply on personal ill-feeling between the leaders of the two countries. Both President Erdogan and his prime minister, Ahmet Davutoglu, believe that the authoritarian regimes across the Arab world before the Arab spring were products of Western gravitational pull, denying the masses the system of government they wanted, one which was both Islamic and democratic.

This argument was set out at length years before the Arab Spring in  Davutoglu’s writing on international relations. His prescription was a democratic Islamic government closely similar to Turkey’s Justice and Development Party (AKP) but also including the political wing of the Muslim Brotherhood. The latter, in Erdogan and Davutoglu's views, enjoys a political legitimacy, while military regimes and authoritarian leaders never can.

During the first year or so of the Arab Spring, this argument looked rather plausible. If there had been regime change in Syria and the emergence of a Muslim Brothershood-led administration there, it might have remained so. But by 2013, Turkey was left with Qatar as its only friend in the Middle East, the region it regarded as the core of its foreign policy.

The relationship was close, with frequent visits between Ankara and Doha. The Emir of Qatar, Sheikh Tamim bin Hamad Al Thani, visited Ankara in July. President Erdogan was in Doha in September, and on 19 December Sheikh Tamim paid a return visit to Turkey.

But the flow of diplomatic exchanges between Turkey and other Arab leaders virtually dried up in 2014, suggesting that Turkey, instead of fulfilling its ambition to be a leader of the Arab world, was badly out of step with almost all of it, particularly the Gulf States and Saudi Arabia.

President Erdogan’s advisers have coined an expression, ”precious loneliness”, to describe what they claim is a proud isolation.

Furthermore, the deadlock in Turkish-Egyptian relations had serious costs elsewhere. One of the most obvious of these is the increased cooperation between Egypt and Turkey’s regional arch-enemy, the Greek Cypriot government in Cyprus, over prospecting for oil and natural gas in the seabed of the eastern Mediterranean and setting up new transit routes and pipelines.

This undermines Turkey’s attempts to assert its seabed rights as a major littoral power in the Eastern Mediterranean and those of the Turkish Cypriots.

It also creates an unpleasant prospect of having to deal with a de facto informal coalition of Cyprus, Egypt, and perhaps Israel when trying to resolve regional energy issues and perhaps others.

Until a week ago, it looked as if policy rigidity and “precious loneliness” would definitely continue to dominate Turkish policy towards the Middle East in general and Egypt in particular. However, warnings about the costs of this policy have grown in recent weeks, with several retired senior members of the Turkish Foreign Ministry calling for a change of direction to defend Turkish national interests.

They were not the only ones to do so. During Sheikh Tamim ‘s latest visit to Ankara, the Qataris are understood to have told the Turkish side in private that they were now falling into line over Egypt with other Gulf States and Saudi Arabia.

The shift in Qatar’s position was not entirely unexpected. In September, it ordered the expulsion of exiled Egyptian Muslim Brothers. Erdogan responded by announcing that the exiles would be welcome in Turkey  and moving ahead with plans first announced in the summer for the setting up of an Egyptian assembly-in-exile in Turkey.

But the Qatari move leaves Turkey more isolated than ever.

In the past week, there have been what could just be first signs of a Turkish thaw towards Egypt. On 20 December, Turkey’s independently minded deputy prime minister, Bulent Arınc, told Al Jazeera Turk of the need to “carry Turkey’s relations with Egypt swiftly to healthier ground”. But he added that Egypt might have to take the first step, saying “We should encourage it.”

Erdogan and Davutoglu have so far said nothing, but on 24 December, Foreign Minister Mevlut Cavusolu  spoke. Was he also calling for a thaw? It isn’t altogether clear. His words seemed to offer few major concessions to the Egyptian government but hinted Turkey wanted the thaw. Turkey’s quarrel, Cavusoglu said, is not with the Egyptian people but with the Sisi government and its repression. The thaw is not possible unless Egypt moves towards democracy and ends human rights violations.

This is of course precisely the sort of international message from the rest of the world that President Erdogan angrily rejects when it is made towards Turkey. After the volleys of insults he and President Sisi have exchanged, an Egyptian climbdown just to please Turkey looks improbable.

Perhaps Ankara would consider a relaxation of measures against some leading Muslim Brotherhood prisoners by Egypt sufficient for a first step. But then what? It is doubtful whether Turkey would respond by closing down Egyptian exile activities on its soil, which would almost certainly be demanded in return by Cairo.

The problem, from the Turkish point of view, is that until Ankara does get some sort of dialogue going again with Cairo, its relations with most of the Arab world are likely to languish and the diplomatic impasse will continue. This is increasingly damaging to its prestige inside the country as well as internationally.

So as an alternative, Ankara may experiment by building behind-the-scenes diplomatic exchanges and a moratorium on mutual slanging matches, though President Erdogan is a man who seldom holds back on matters about which he feels strongly. Turkey’s foreign policy on Egypt since the coup has been so vehement that it is a difficult pit to climb out of, even if Turkish policy-makers think the time has come to do so.

- David Barchard has worked in Turkey as a journalist, consultant, and university teacher. He writes regularly on Turkish society, politics, and history, and is currently finishing a book on the Ottoman Empire in the 19th century.
The views expressed in this article belong to the author and do not necessarily reflect the editorial policy of Middle East Eye.
Photo: Turkish President Recep Tayyip Erdogan (R) meets Turkish Prime Minister Ahmet Davutoglu (L) at the presidency palace in the capital Ankara, Turkey on 26 December