Bilal Abdul Kareem
Five years on, Syria is no longer a conflict that can be solved with negotiations among powers that lack the will in the first place 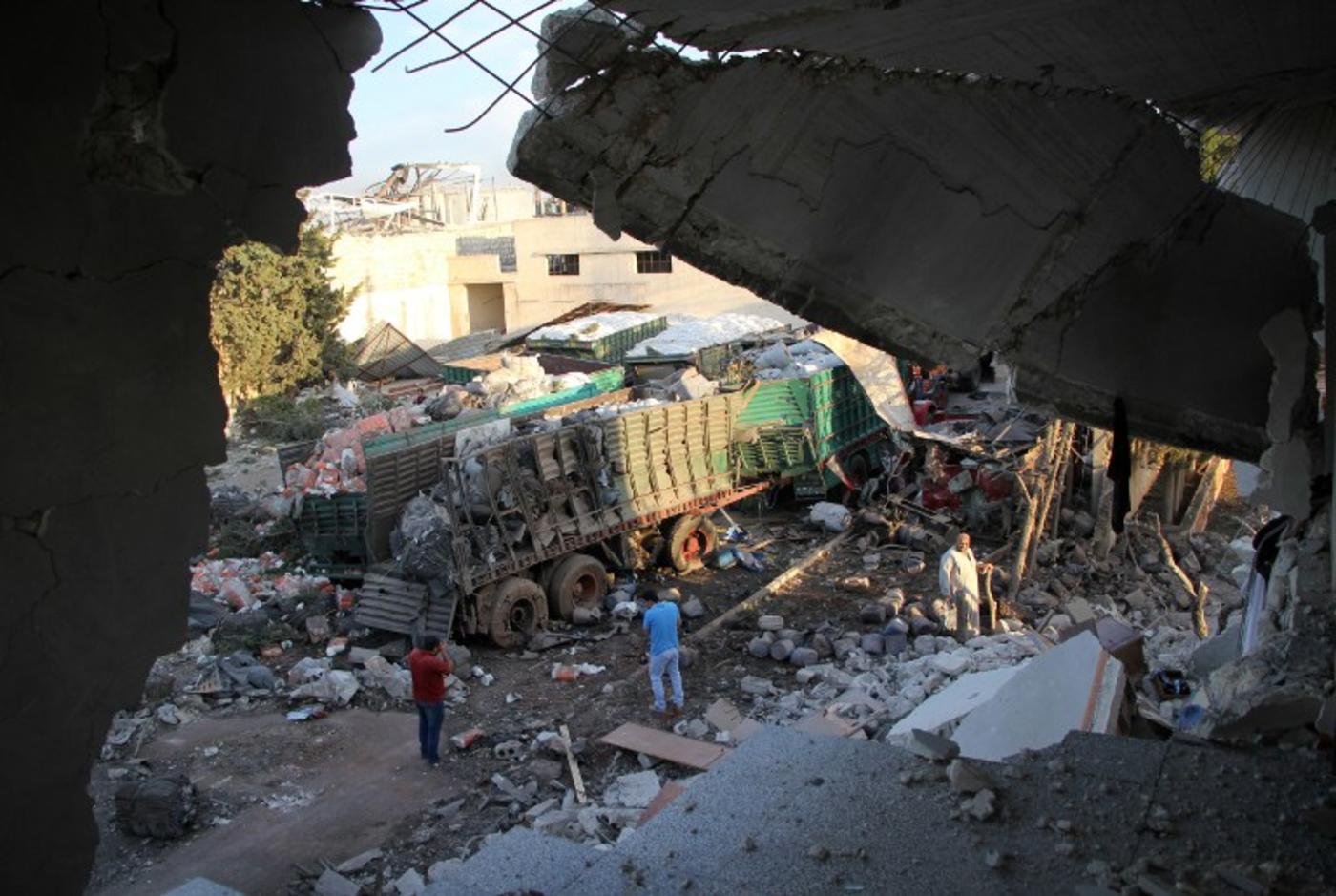 Most of the outside world watched in horror at news that the ill-fated Aleppo aid convoy was blasted and burned.

Words such as “unbelievable” and “shocking” filled news broadcasts. However, here in besieged Aleppo, the events of that day were neither unbelievable, nor shocking.

Exactly how do you negotiate with a government which has killed more than a half million of its own citizens? The answer is: you don’t

I am a person that believes strongly in dialogue and trying to see multiple viewpoints. However, there are some conflicts that cannot be solved by dialogue and compromise. Here is why I believe that given the current set of circumstances, unless something changes, there is no political solution to the Syrian crisis, only a military one:

1. Paralysis of the world community

There is a well known saying: “All evil needs in order to spread is for good men to do nothing.” The reality is that Bashar Assad has been able to kill a half million people live on television with the world watching. He has consistently used chemical weapons, targeted hospitals and rescue personnel, starved prisoners to death and, on a daily basis, shelled civilian homes. All of this is documented for any and all to see. The world watched in outrage as gruesome image after image made itself available in front of the world.

However, outrage and action are not one and the same. In the end, nothing substantial was done to stop the dictator. The numbers are staggering: more than a half million dead and millions displaced. Yet, somehow the focus of this crisis has turned to fighting the Islamic State (IS) group and Jabhat Fateh al-Shams (Nusra) and no one is talking about militarily taking on Bashar Assad.

This leads to one conclusion: there is no political will to break the international deadlock whether it is the right thing to do or not.

If Syria was Saudi Arabia, Qatar, or any of the other Gulf countries, you would find that the political will of the world community to do the “right thing” would be strong. You would hear terms like “the world has a responsibility to do what’s right” or “we have to fight to protect the weak” etc. That is because those countries in the Gulf are swimming in oil and natural gas. Oil and natural gas has a way of helping Western powers understand their “responsibilities” very well.

If Syria was Saudi Arabia, Qatar, or any of the other Gulf countries, you would find that the political will of the world community to do the 'right thing' would be strong

The Libyan rebels did not have to beg NATO to come to their assistance. Actually, it was just the opposite. NATO was prepared to intervene and all that was needed was for the hapless Arab League to “request” their help and Voila! Instant help. Is it possible that the huge oil reserves within Libya’s borders had anything to do with it?

However, the Syrians have very little oil. To be honest, Syria is really only valuable to the Russians and not so much to the West. Syria is home to the only military base the Russians have in the entire Middle East. Meanwhile, their American counterparts have some sort of military presence in almost every country in the Middle East. If Russia lost their one base - which is in Tartous, Syria - it would be a disaster for the Putin administration.

So to be real, the Russians need Syria in a big way and they have demonstrated that they are willing to fight any and everyone for it. The West would like to contain Russia’s influence but not so much that they have to commit troops to it. Thus instead of hearing phrases like “coalition of the willing” and “global responsibility”, we are forced to hear slogans like “there is no military solution to this conflict” and “let’s have a ceasefire and negotiate”.

Exactly how do you negotiate with a government which has killed more than a half million of its own citizens? The answer is: You don’t. Western governments are not known to commit troops because it is the right thing to do in poor countries that have little to offer them after the guns fall silent and the enemy is vanquished. This leads to one conclusion: there is no international will to match the Russians' aggressive nature (see Crimea) and the world knows it.

3. Islamic rebel fighters will not call off the fight and share power

Western powers would like to keep the status quo and simply change the leadership of Syria in a mere show of window dressing. In the past, Bashar Assad has not been in opposition to Western interests for the most part. The Israelis and Syrians would trade some nasty words once or twice a year, but that was about as far as it went.

So the idea that a new and untested government would come to power is somewhat frightening. Therefore, the thought of an Islamically oriented government in Syria is a sheer nightmare for the West. It is well-known that the driving force behind this revolution (IS excluded) are Islamic brigades. Free Syrian Army groups militarily play a distant secondary role on the battlefields (but a leading role politically, more on that another time).

Western powers want another democratically oriented strongman to support in these territories. Up to this point, they have not been successful, though not from a lack of trying. Western powers have tried to support the FSA, Jamal Marouf, and the Hazim movement. That doesn’t include all of the soldiers they tried to train to fight their enemies (al-Qaeda/IS) under the condition that they would use their new skills only for targets that Washington chose and not against Bashar Assad. This was another huge failure.

The West must understand that the Syrian people are no longer willing to simply march and beg for their rights as they did in March 2011. This is now 2016 and they are a battle-hardened people willing to fight even a superpower in Russia to safeguard their right to self-determination. This leads to one conclusion: either the West will genuinely recognise the Syrians' right to self-determination (and not subjugation) or there will be fighting in this part of the world for a long time to come and it is unlikely the fight will remain inside Syrian borders.

This piece originally ran on the On The Ground News website.

- Bilal Abdul Kareem is a video journalist who has been covering the conflict in Syria since 2012. He has produced reports with the CNN, Channel 4, BBC, Sky News and for the Dutch programme Newseur.

Photo: Aid is seen strewn across the floor in the town of Orum al-Kubra on the western outskirts of the northern Syrian city of Aleppo on 20 September 2016, the morning after a convoy delivering aid was hit by a deadly air strike (AFP)