Three rounds of negotiations later, peace in Yemen is nowhere in sight

Khalid al-Karimi
As rivals dig in their heels and diplomatic efforts repeatedly fail, it's hard to see how fighting will end in what was already an impoverished country 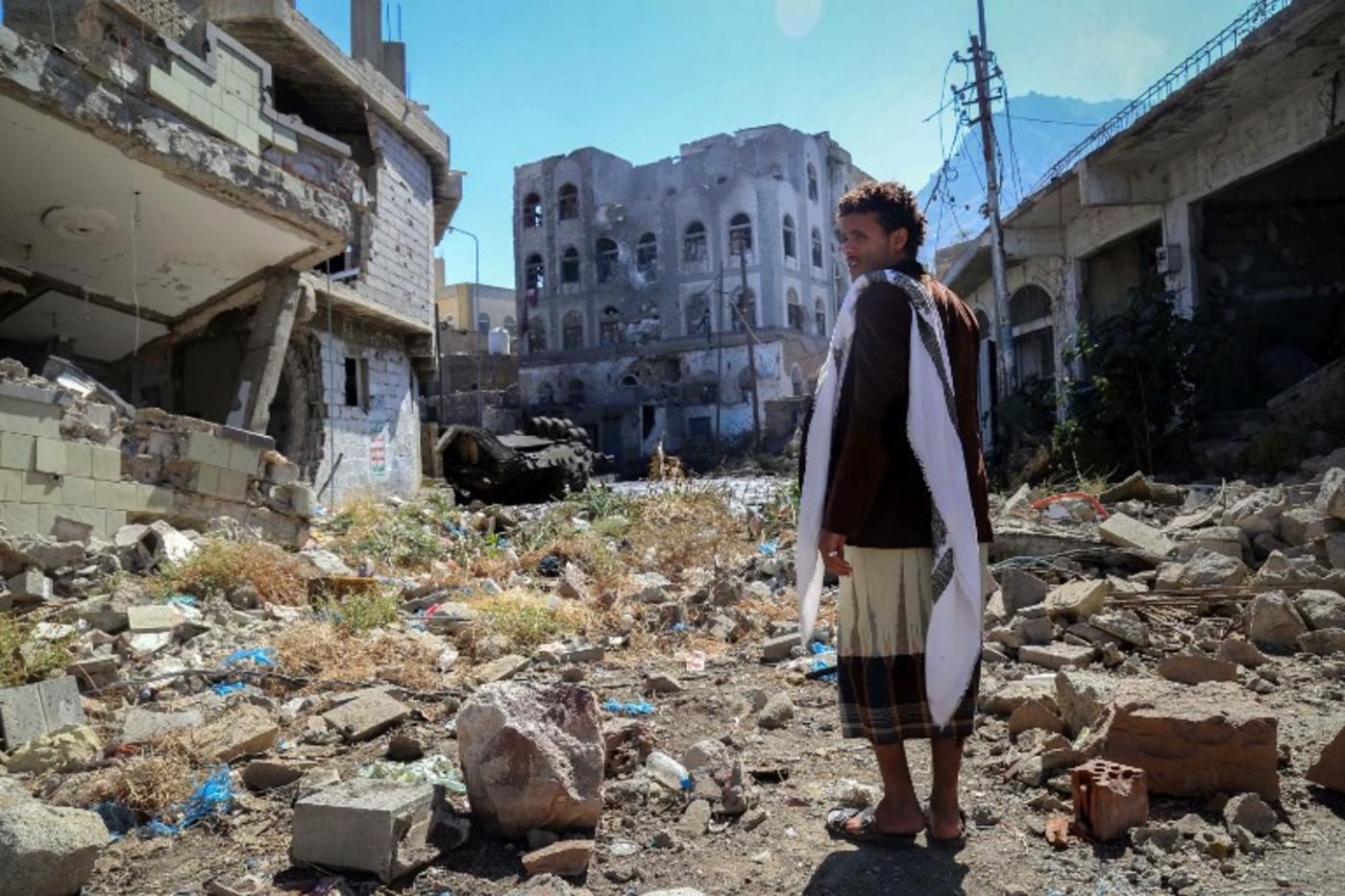 It has been two years since Yemen turned into a bloody battlefield and the scene of a ferocious civil war.

Casualties have mounted, violence has increased and, with two years gone by, the atmosphere in the country that was already impoverished before the war started has only become more conducive for more war.

Forces loyal to President Abdrabbuh Mansour Hadi persist in their fight against the Houthi militias and forces allied to Yemen's former president Ali Saleh, leaving efforts at peace deadlocked and a potential deal far out of sight.

"It is likely that no party can make a military victory, and the conflict could enter a new phase of brutality and enmity as the retaliation motives continue to prevail in Yemen," Riyadh Al-Ahmadi, a Yemeni political researcher, told me.

The warring parties have already participated in three major rounds of peace negotiations. The first was in Geneva in June 2015. Those talks fell apart within days. In December of the same year, the rivals embarked on a new round of debates in Biel. That ended in another stalemate.

READ MORE: Behind the scenes at Yemen's peace talks in Switzerland

Finally, this April Kuwait hosted a third round of talks. Hopes were high that negotiations there would put an end to the conflict. But they faced the same destiny and, by August, it was clear they had failed.

Since 2014, the Iran-backed Houthi militias and allied forces have had the upper hand in northern and western parts of Yemen. The pro-government forces control the bulk of the southern territories and some parts of Taiz province situated between the south and north as well as vast areas in Marib and Al-Jawf province in the northeast.

Yemen is split both geographically and politically between the two warring parties, divides that have only deepened as the sides have taken unilateral decisions.

For example, in July, the Houthis and allied forces formed the Supreme Political Council to run the state authorities in areas under their control. Then late last month, the Houthis and Saleh announced that they had formed a "national salvation" government.

On the other hand, in September, the Saudi-backed Yemeni government decided to relocate Yemen's Central Bank from Houthi-held Sanaa to Aden, used by the government as the temporary capital.

These political manoeuvres are stark escalations which have only added to the complexities of this conflict.

When the Saudi-led Operation Decisive Storm started its offensive in March 2015, the purpose was to fend off violence and deter the expansion of the Houthis who Saudi Arabia views as puppets of Tehran. However, the tide of the war has clashed with the storm, creating an unspeakable tragedy.

The storm has not abated, and the war has not retreated. Although Operation Decisive Storm has assisted pro-government forces in regaining control of some cities, particularly in the south, as destroyed large Houthi arsenals and claimed the lives of ardent fighters, these losses have not propelled the Houthis to capitulate. They say they will withstand and weather the storm.

The Iran-allied Houthis still hold sway in various provinces in northern Yemen. They have staunch fighters who head to battles with unwavering hearts and unchanged minds. They also dominate the state institutions in Sanaa and other cities, generating certain revenue to fund their war. They control the vital port of Hodeida to the west of Yemen. In addition, their recruitment of fresh fighters is in full swing, particularly in tribal areas in which they have loyal supporters.

Along with former president Saleh, they form a powerful part of Yemen's political equation. Seeing the clout they have, the idea that a peace deal could be reached without their absolute agreement is implausible.

It is true that the Saudi-backed Yemen forces have been gaining ground in several provinces such as Taiz and Al-Jawf, but this progress is extremely slow. If it had not been for the Arab coalition warplanes, the Houthis and their allies would have devoured Yemeni territories within a few days.

One reason behind the unsteady performance of the pro-government forces is the apparent lack of unity and compatibility in the battlefield. Reports have emerged, for example, of infighting in Taiz, which certainly weakens the progress of the differing factions.

Another reason which makes the legitimate government unreliable is the fragile security situation in Houthi-free areas. Aden, Yemen's second-largest city, has been the epicentre of the internationally recognised government. In comparison with Houthi-held Sanaa, Aden is unsecure.

Al-Qaeda operatives continue wreaking havoc in some southern cities and the government cannot carry out decisive deterrent actions to protect civilians. A situation such as this erodes people's trust in the government and makes the Houthis defiant.

As Yemenis starve and suffer, it is unpredictable when and how this catastrophe will end. The world's diplomatic minds and conflict-resolution brains have failed to tackle the growing fire of war in Yemen.

Peace is contingent on the positive initiatives of the warring sides, but it is also reliant on the serious undivided efforts of the world's powers. If they do not stop feuding over the country, Yemen's rivals will continue the fight endlessly.

- Khalid al-Karimi is a freelance reporter and translator. He is a staff member of the Sanaa-based Yemeni Media Centre and previously worked as a full-time editor and reporter for the Yemen Times newspaper

Photo: A Yemeni man inspects the damage on a street following clashes between pro-government militants loyal to President Abdrabbuh Mansour Hadi and Houthis in Taiz in November 2016 (AFP) Yemen's war destroys lives - even beyond its own borders
Afrah Nasser