Trump, Qatar and the US: The relationship just got better

Shazar Shafqat
Qatar has punched above its weight regionally and backed the US. With Trump in the White House, those ties may become even closer 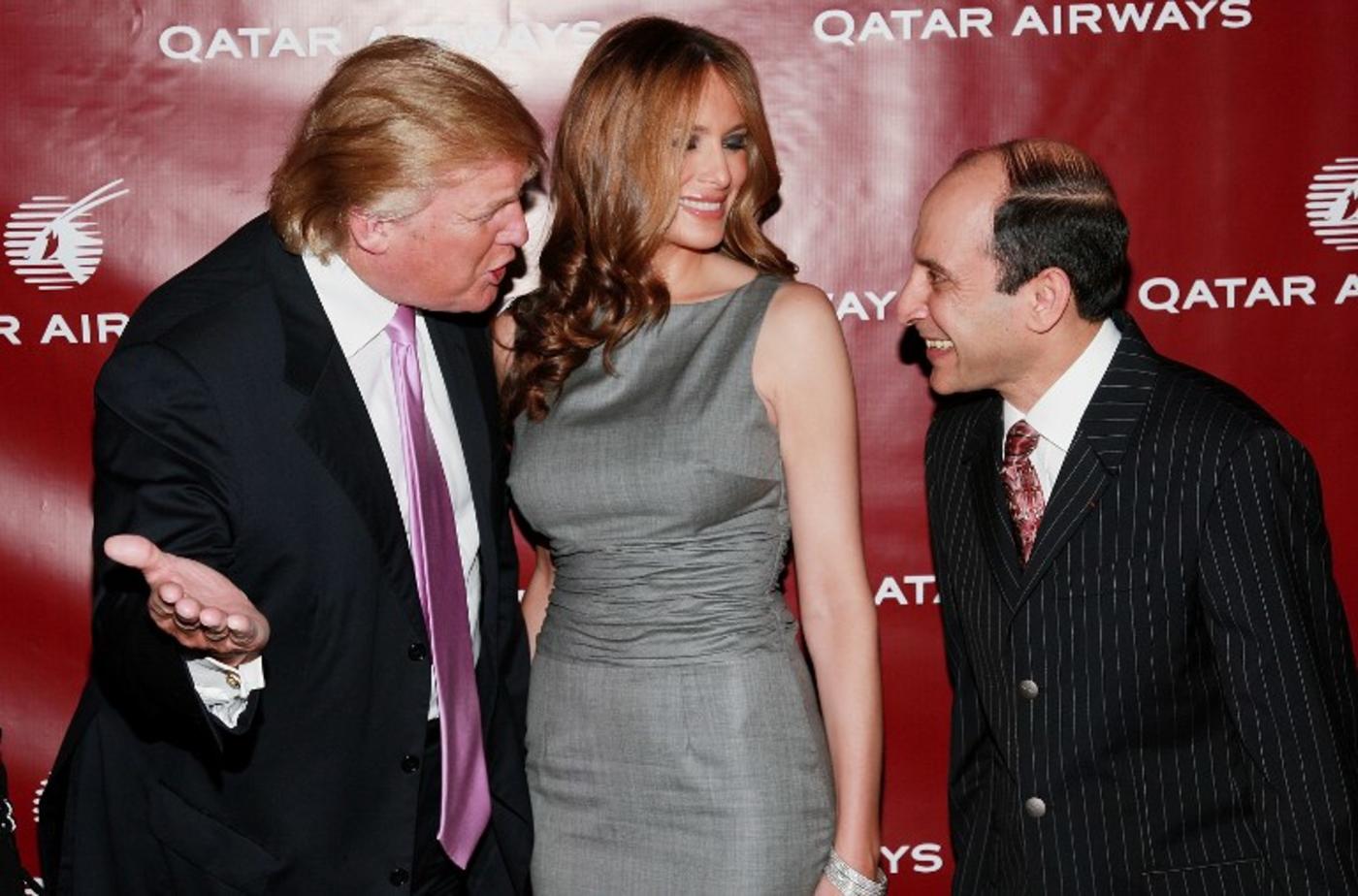 From an outsider in the Republican Party race to being inaugurated as the 45th President of the United States of America, Donald Trump has managed to progress largely unscathed.

Time, however, will determine whether he’ll succeed at one of the most daunting tasks at hand: getting it right in the Middle East. Will he continue to ride his luck - or will the region that has caused such headaches for his predecessors bring an end to his winning streak?

With Trump poised to up the ante against the "radical Islamists" he thinks pose a national security threat, the Middle East could again be in for a topsy-turvy ride.

According to Daniel L Byman, one of the world's leading counter-terrorism experts, Trump’s use of the term "radical Islam" will invariably alter the game for good. But how will that shape up across the region?

Qatar: Open for US business

Qatar, which is a major player in the Middle East and a member of the Gulf Cooperation Council (GCC), is currently sitting on the sidelines, waiting for Trump to make the initial move. He may have already done so - all to the good of Qatar.

Business is what one usually associates with Trump: he plans to use his acumen in that sphere to make America great again. It doesn't need an expert to decipher the level of affinity he will have with the American Chamber of Commerce, for example. And some of their members have already signalled the same: Robert Hager, president of the chamber’s Qatar branch, announced on 24 January that the US is considering a renewed bilateral relationship with Doha.

Trump’s National Security Agency will find it easy to strengthen ties with Qatar, one of the Sunni monarchies that has challenged Iranian policies across the region

Hager also noted that “Qatar is going to have a unique position in the Trump administration”. Perhaps he was referring to the more than 120 American companies currently operating in Qatar and sending their remittances back home. Is this not what Trump has consistently called for? Why would he contemplate disrupting that?

Indeed, the bilateral relationship between Qatar and the US is going to strengthen, despite a general view to the contrary.

Don’t forget that Lt General Flynn, Trump’s national security advisor and one of the most influential picks among the new cabinet, has worked in Qatar in the past. He knows the administration well enough, and doesn’t exude any animosity, in particular, towards the Emirate.

What is more intriguing is that Flynn, although worried about radical Islam in general, tends to single out Iran most of the time.

READ: Are Iran and Trump headed for a bust up?

His views, as published in his book The Field of Fight say it all: “German and Soviet tyrannies had a lot in common, and radical Muslims freely picked elements from each in the creation of a jihadi ideology and the structure of Islamist states, whether the Islamic Republic of Iran or the current Islamic State.”

There is clearly no love lost here with Iran. That means Trump’s National Security Agency will find it easy to strengthen ties with Qatar, one of the Sunni monarchies that has challenged Iranian policies across the region.

Qatar’s current defence budget hovers at around $4.5bn. It is expected to increase significantly during the next three years to reach the $7bn mark.

With Saudi Arabia having a hard time in the US after the recent 9/11 litigation episode, and Trump’s above-mentioned remarks about Qatar, don’t be surprised if Doha takes the top spot, and become America’s go-to guy in the Gulf.

Considering the planned increased spending on defence, and the defence agreement Qatar has with the US, patterns of warfare might change in the region. Trump, it seems, plans to carry out decisive attacks against "radicals" in the Middle East.

If such a scenario develops, then Qatar would be in a position to come to the aid of Trump’s administration. The president has surrounded himself with military men for a reason, and with a comprehensive plan in mind. Here’s how his "military cabinet" might look

Qatar has always been mostly supportive of the US army’s wartime policies, and actively participated in the NATO-led intervention in Libya.

Qatar: Gateway to the Horn of Africa

Qatar, over the years, has made massive investments in East Africa, particularly Sudan. In 2014, Sudan’s Central Bank received $1bn from Qatar. Around 40,000 Sudanese live and work in Qatar, with lots of opportunities for two-way lobbying.

Sudan has traditionally been on the US suspect list of terror-supporting states, and America has gradually surrounded it through an expansion of military bases into east Africa. The hard-headed business approach Trump espouses will call for enhanced military and diplomatic relationship with Qatar in the east African region.

Qatar will be required to provide the Americans with the support they require, without compromising its own national interest

A realignment toward Qatar also bodes well for the other GCC countries, namely Bahrain, Kuwait, Oman, UAE and Saudi Arabia. It is worth noting that none of the Gulf states were on the list of Middle East nations whose visas face increased restrictions under Trump.

Qatar may, at this point in time, seem to be fighting above its weight in the international arena. But with Trump potentially on its side, it is an opportune time for the country to flex its economic, military and diplomatic muscles beyond its borders.

Trump, like other Republicans, is likely to need to rely on Qatar and other Gulf states in any future confrontation with Iran, given Trump's animosity to Obama's nuclear deal with the Islamic republic. Qatar will be required to provide the Americans with the support they require, without compromising its own national interest.

Welcome to the world of the renewed Qatar-US relationship.

- Shazar Shafqat is an independent researcher and a freelance policy analyst specialising in terrorism, internal security and military doctrine. He has written for Pakistan's The Nation, Daily Times and Asia Times.