The truth behind Morocco's diplomatic crisis with Iran 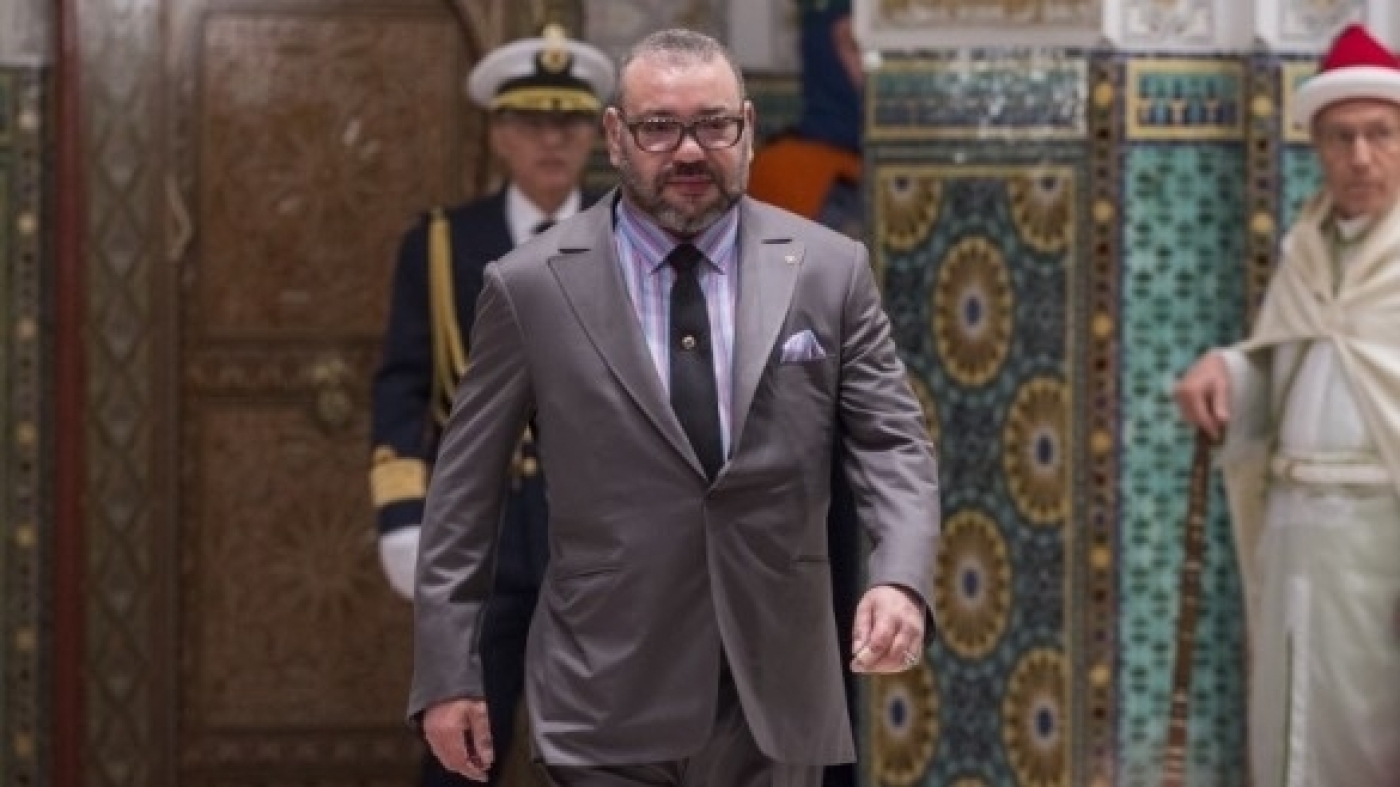 At a time when Morocco is under pressure from the UN to resume negotiations with the Polisario Front, Rabat has chosen to alienate Tehran to benefit from the backing of both Gulf countries and Washington.

Whatever the reasons given by Rabat, the breakdown of relations with Iran has allowed Morocco to play - and score points - on several fronts, especially with the Gulf states.

Their support for Morocco can be explained by the interests each Gulf state has been able to extract out of this affair either on the diplomatic level or to serve its internal agenda.

Despite Morocco's neutrality in the Qatar diplomatic crisis and its commitment to maintaining positive relations with the small emirate, Rabat still continued to send messages through various channels to Algeria and the GCC.

Some Moroccan media have questioned the "mysterious relations" that exists between Qatar and the Sahrawi's independence movement, whose leader Brahim Ghali travelled aboard a Qatar Airways plane during a visit to Zambia.

By condemning the alleged involvement of Hezbollah and Iran, Morocco and the Gulf countries have engaged in a singular barter trade from which everyone benefits

Recently, Moroccan news site Hespress, one of the main Moroccan media outlets, published an article in which it insinuated that areas located in the east and south of Morocco, made available to Qatari personalities by the Moroccan state, actually serve as rear bases for "Qatar's activism in favour of the Polisario Front".

By condemning the alleged involvement of Hezbollah and Iran in support of Polisario and accusing Algeria of serving as a platform for Iran, Morocco and the Gulf countries have engaged in a diplomatic barter trade from which everyone involved benefits.

For Saudi Arabia and its allies, it's a question of exporting the conflict with Iran to the Maghreb to push the region to take a stand, and to thwart the Persian presence in North Africa, even if that means weakening Algeria, in their desire to isolate the Islamic Republic.

For the kingdom, the interest resides in exporting the Western Sahara conflict to the Gulf under the guise of fighting against "Iranian influence", presenting it as an extension of the Iranian dossier. This is at a time when the issue is going through a problematic phase for Morocco, which has been given a six-month ultimatum by the UN to resume negotiations with the Polisario Front.

GCC backing, more necessary than ever for Rabat, seems to have declined in recent months. Some GCC states went so far as to express positions in favour of the Polisario Front.

Morocco's accusations against Iran would, therefore, aim to push the Gulf states to reposition themselves not only alongside Morocco, but also, from now on, against the Sahrawi independence movement, viewed by Morocco as an instrument of the Iranian regime.

Morocco also seeks to take advantage of Algiers's non-alignment in the Iran-Saudi Arabia rivalry to make Algeria look as if it supports the Islamic Republic and Hezbollah. Morocco is already seeking to put the issue on the agenda of international gatherings such as the Arab Parliamentary Union.

The Socialist Union of Popular Forces (USFP), a left-wing Moroccan party, has submitted a request to the Socialist International, which includes the Polisario Front among its members, to examine the issue.

Morocco's willingness to involve Algeria could fully benefit Saudi Arabia, which would like Algeria to be forced to reduce its relations with Iran.

Established in 1958, relations between Morocco and Iran improved in the 1960s and 1970s, during the reign of Shah Mohammad Reza Pahlavi. The Shah visited Morocco in 1966, and Morocco's Hassan II visited Iran two years later.

But the Iranian revolution put an end to that. In 1979, following Khomeini's arrival in power, Iran broke off diplomatic relations with Morocco and recognised the Sahrawi Arab Democratic Republic (SADR) a year later, in reprisal against King Hassan II who welcomed Mohammad Reza Pahlavi into exile.

Morocco manages to get into the good graces of Saudi Arabia, which was unfriendly towards the kingdom because of its neutrality in the Qatar crisis, and offers a dilemma to the American administration

It was only in 1991, on the sidelines of the sixth summit of the Organisation of Islamic Cooperation held in Dakar, that the two countries decided to re-establish relations following a meeting between Moroccan Prime Minister Azzedine Laraki and Iranian President Hashemi Rafsanjani.

In 1998, Iran froze its recognition of the SADR, a decision reiterated during the visit of Moroccan Prime Minister Abderrahmane Youssoufi to Iran in 2001. This decision seemed as much linked to Iran's desire to renew ties with Morocco as it was in reaction to the breakdown of Algerian-Iranian relations in 1993.

Algeria accused Tehran of supporting Islamists during the civil war (1991-2002). It resumed relations with Iran after the accession of Abdelaziz Bouteflika in 2001.

Visits by officials and politicians from both countries - including that of Morocco's Saadeddine el-Othmani in 2006, then parliamentarian and secretary general of the Justice and Development Party (PJD) - intensified until 2009, when relations between the two countries were severed again.

In 2009, following a public statement by an Iranian official that Bahrain was "the fourteenth Iranian province", Morocco decided to sever its relations with Iran in solidarity with the Gulf state.

Other reasons for this decision included Iran's alleged Shia proselytising activities in the kingdom, but also Saudi Arabia's incitement to such a decision as part of "its overall strategy to oppose Iranian influence", according to a WikiLeaks diplomatic cable.

Despite this, Iran maintained its freeze on recognition of the SADR and seemed committed to a resumption of diplomatic relations. In September 2012, the Iranian parliament took the unilateral decision to create a friendship group with Morocco, which caused astonishment in Rabat.

From 2012 to 2014, when Morocco was a non-permanent member of the Security Council, it expressed a relatively conciliatory position on Iranian nuclear programme: the kingdom insisted on "the need to avoid any instrumentalisation of the Iranian crisis as an element of division between the West and the Muslim world", insisted that "the consideration of the Iranian case should take into account the complex regional context", and suggested that "sanctions should be imposed only as a last resort and should not strike the populations", according to a leaked Moroccan diplomatic note.

Part of the reason why Iran may have attempted to move closer to Morocco during this period was because the Islamic Republic has often sought the support of non-permanent members of the Security Council.

'The absolute need not to alienate Washington'

In 2014, after having received from Tehran the assurance of "Iran's respect towards the constants of the Kingdom of Morocco", as well as "Iran's appreciation of the role played by King Mohammed VI", Morocco decided to resume its relations with the Islamic Republic. In 2016, King Mohammed VI officially appointed an ambassador to Iran.

In severing ties with Iran again, "Morocco has not only advanced its own interests over the Western Sahara, but it has anchored itself as an ally of the GCC and of the United States - all at a fairly low cost," notes researcher and journalist Samia Errazouki.

Morocco thus manages to get into the good graces of Saudi Arabia, which was unfriendly towards Rabat because of its neutrality in the Qatar crisis, and offers a dilemma to the American administration. Morocco's offensive against Iran comes shortly after the appointment of John Bolton as national security adviser. Bolton is considered hostile to Iran but positive towards the Polisario Front.

While the US administration is unlikely to give credence to Rabat's accusations against Tehran if they're not supported by credible evidence, the positions taken by the Gulf states and the Arab League have helped to legitimise Morocco's allegations.

More broadly, Rabat's offensive is also dictated by "the absolute need not to alienate Washington for the next six months, while an ultimatum has been sent to Morocco in covert words within the United Nations to enter into direct negotiations with the Polisario Front", writes journalist Ali Amar.

Isolation of both countries

Does the severance of Iran-Morocco ties prefigure Morocco's alignment with Saudi positions?

Morocco's neutrality during the Qatar crisis shattered Moroccan-Saudi relations. Today, it seems difficult to imagine that the kingdom would not align itself with the Gulf states and the US regarding Iran.

Saudi Arabia is becoming more and more imperious towards its allies and punitive towards the Arab countries that do not adhere to its plan to isolate Iran.

The logical corollary of this alignment would also be a greater rapprochement between Morocco and the GCC countries. Will Morocco support any adventurous decisions that may be taken, or will it show some independence? Only the future can tell.

Morocco's offensive is also in line with the aggressive diplomatic approach adopted in recent months towards Algeria. For Rabat, the Western Sahara affair is a Moroccan-Algerian dispute and therefore the diplomatic war would no longer be directed mainly against the Polisario Front, but also against Algeria.

Apart from the objective of isolating Algiers, this strategy doesn't outline any way forward. It would not change the UN's ultimatum, would push the parties further into tension and would jeopardise any future negotiations in advance.

At the regional level, it would raise tensions to a higher level, leaving the Maghreb region more disunited than ever - and, in the case of Morocco, find it obliged to bear part of the burden of its allies. With two irreconcilable neighbours withdrawing into distant alliances, the dream of a united Maghreb becomes more distant, and the isolation of both countries might lead to a direct confrontation.

Finally, it would leave the conflict in Western Sahara as it is today: unresolved. A settlement of the issue will certainly not come from a rapprochement with the United States or the Gulf countries, but from a normalisation of Moroccan-Algerian relations.

This story originally appeared in the MEE French edition and was translated by Reda Zaireg. 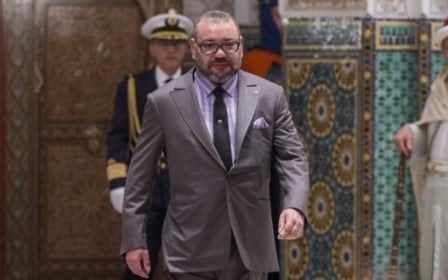 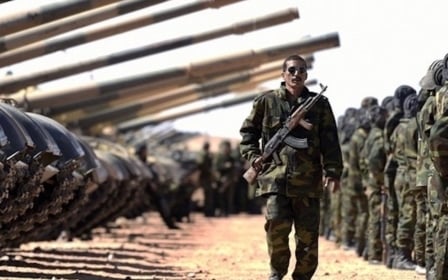