Turkey election: Erdogan wins, the opposition crashes – but don’t write off the HDP 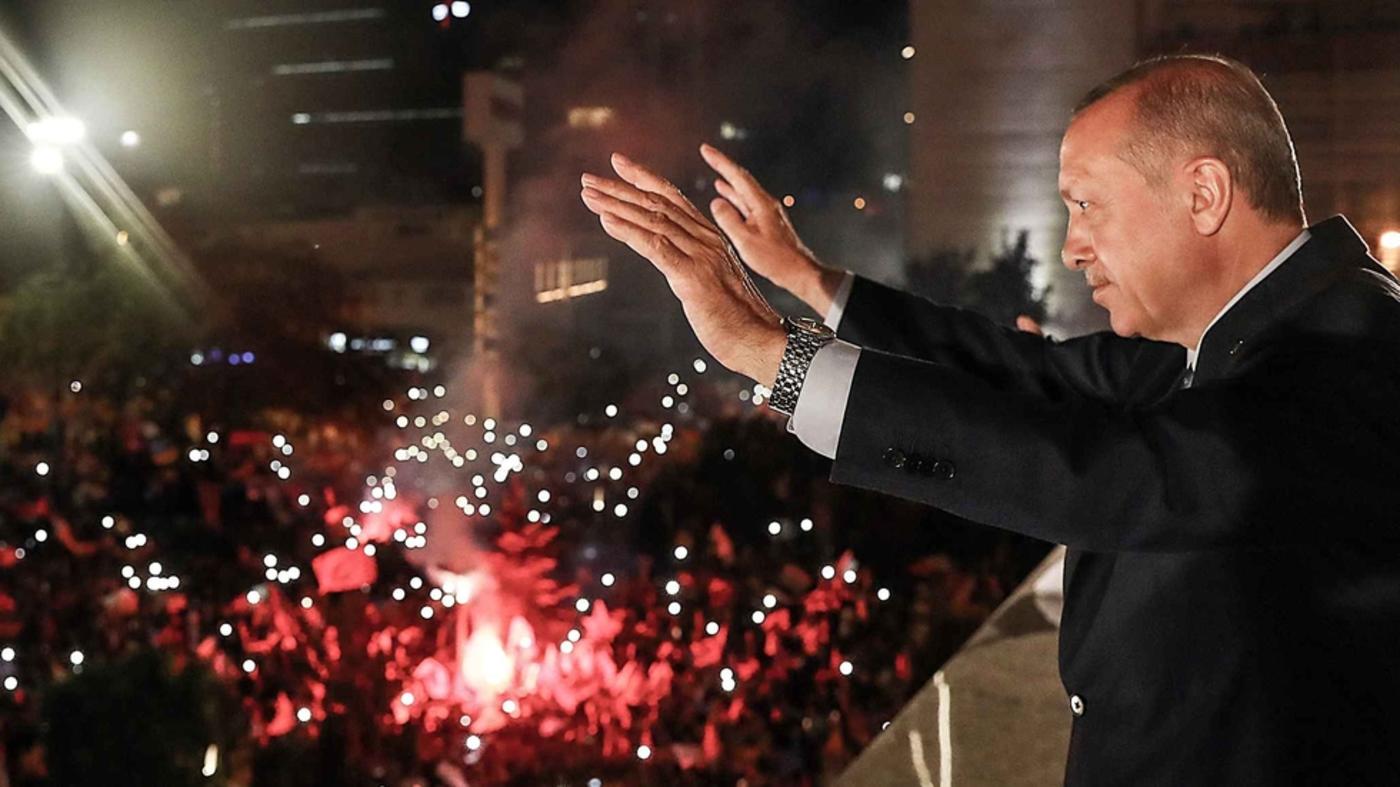 Turkey’s President Recep Tayyip Erdogan won re-election on the first round of Sunday’s presidential election with 52 percent of the votes, more than 20 percent ahead of his nearest rival.

It carried Erdogan across the 50 percent barrier to a first-round victory. Expect uncompromising nationalism to be one of the main features of Turkish policy for the next few years.

Turkey will now dismantle its parliamentary system in favour of a presidential one. Early on Monday morning details were announced of a new system of departmental ministries, directly appointed by, and answerable to, the president and not the Grand National Assembly (GNA) as before.

It is a revolution in government and the president’s victory speech during the night emphasised this, although he promised to uphold and enlarge democratic freedoms.

Erdogan’s initial remarks suggest that his priorities remain fighting terrorism. In the Turkish context this means a continuing crackdown on the Gülen movement, a Sufi brotherhood inside Turkey which is widely held responsible for the July 2016 attempted coup; also battling against the PKK (Kurdistan Workers Party), which has been largely crushed inside Turkey and which Ankara is now fighting in major operations across the border in Syria and Iraq.

As yet there are no signs of how he intends to deal with mounting pressures on the Turkish economy.

While he won a resounding victory personally, Erdogan’s Justice and Development Party (AKP) fared less well, picking up only 42 percent of the votes in the general election which took place at the same time, compared with 49 percent at the last election in November 2015. As a result, the AKP only won 290 of the 600 seats in the assembly.

It seems that Erdogan’s party is much less popular than its leader.

But the AKP’s close partner, the ultra-nationalist MHP (Nationalist Action Party) won a surprising 11 percent of the vote or 49 seats, thus giving Erdogan’s government a majority, even though under the new constitution he no longer needs it.

What went wrong for the opposition?

The election showed Turkey’s opposition parties are in deep disarray.

They knew how to fight an effective election campaign but so far have been near silent about the crushing defeat they have suffered or why the elections produced a result so different from that which all the available indicators, including opinion polls and vast meetings in the large cities, seemed to promise.

The discrepancy was remarkable. Even while the count was going ahead, there were messages from poll observers that the ballot boxes were giving the impression of a swing to the opposition. But the anticipated breakthrough, especially in the big cities, seems never to have come.

Instead of moving forward, the Republican People's Party, the main opposition, slipped back a few percentage points to 22.7 percent of the vote, against 25.3 percent in 2015.

This was a complete surprise, given the CHP’s hugely successful election rallies in Izmir, Istanbul and Ankara on the eve of the election, which they claimed, probably with some exaggeration, were attended by millions. The morning after the election, CHP candidate Muharrem Ince used the phrase “I apologise” several times to his followers during a TV broadcast.

One of the weakest performances in the general election came from the newly founded Good Party of Meral Aksener, a breakaway group from the MHP. After being subjected to much pre-election violence locally, it scraped in with only 10 percent of the votes, much lower than most pollsters forecast and awarding it a relatively small contingent of 44 MPs in parliament.

The MHP will now woo these defectors hard. Nor can Aksener help as much as she would like. The Good Party leader could not stand for parliament as she also ran for the presidency – and may now have to watch from outside as her party disintegrates.

Were the elections fair?

Interpreting the failure of the opposition will be difficult until detailed voter figures for the provinces and subprovinces are available rather just the percentages. These are not yet forthcoming.

The main source of election data news during this election was not the High Electoral Council, which normally issues a stream of ballot box figures during the count, but the Anadolu news agency, a state agency which this time round pre-emptively announced an Erdogan victory while sidelining the opposition, which seems to have been caught by surprise, despite mutterings about possible irregularities beforehand.

The national press and television stations, which are now largely owned and controlled by AKP supporters, then followed Anadolu’s lead, drowning out any opposition discussion.

Still, the bleak message for opposition voters, which Muharrem İnce confirmed soon after midnight, is that Erdogan had won on the first round, even though the elections had not been fair.

Perhaps the best comment on this was made by Dani Rodrik, the Turkish American Harvard University economist, who declared on Twitter that “Turkey’s election were not free or fair by a wide margin. Yet you still have to marvel at the popular support Erdogan retains after 15 years in power (and of running rule of law and free speech to the ground). A truly bad omen for all the other illiberal democracies out there.”

Turkey’s election were not free or fair by a wide margin. Yet you still have to marvel at the popular support Erdogan retains after 15 years in power (and of running rule of law and free speech to the ground). A truly bad omen for all the other illiberal democracies out there.

Ince’s claim that the elections had not been “fair” seemed to represent a step back from any suggestion that they had actually been rigged. Yes, there had been reports of local incidents during the day and in some provinces, particularly in the south-east where election scrutineers did come under pressure, with reports suggesting that those working for the HDP were especially targeted. But the authorities have rejected any claims of serious tampering.

An international observer team from the OSCE, led by Audrey Glover, a UK human rights lawyer, gave its view on the election at a press conference on Monday, during which it delivered a mild rebuke about the lack of a level playing field for the opposition. The OSCE team had been denounced in advance by Anadolu for allegedly planning to “mar the results of the elections”: some of its members were apparently stopped from entering Turkey.

HDP: The one success

If there was one opposition party which did emerge relatively well from the election then it was the HDP, clearing the 10 percent national threshold to enter parliament, despite, unlike the other main parties, not being part of an electoral alliance.

This was all the more notable given all the hurdles it faced, including the harassment of its observers and the fact that many of its key personnel are in jail, facing terrorism charges, including leader Selahattin Demirtas, eight more of its MPs from the previous parliament and 68 of the party’s mayors.

The HDP will remain a visible force in Turkish national politics, even though the onslaughts from the authorities will almost certainly continue

The HDP, with 11.5 percent of the vote and 68 MPs, will remain a visible force in Turkish national politics, even though the onslaughts from the authorities and the imprisonment of its leaders will almost certainly continue.

One concern for its rivals will be how to stop the party – which defends liberal leftist views and claims to represent Turks as well as Kurds – from eating into the support enjoyed by the CHP with its record of repeated ineffectiveness.

Meanwhile Turkey’s neighbours and the wider world must wait to see what Erdogan will do with the enormous increase in his political strength that these elections have now given him.

Photo: Turkish President Tayyip Erdogan waving to supporters gathered above a balcony at the headquarters of the AK Party in Ankara on 24 June 2018 (handout/AFP)