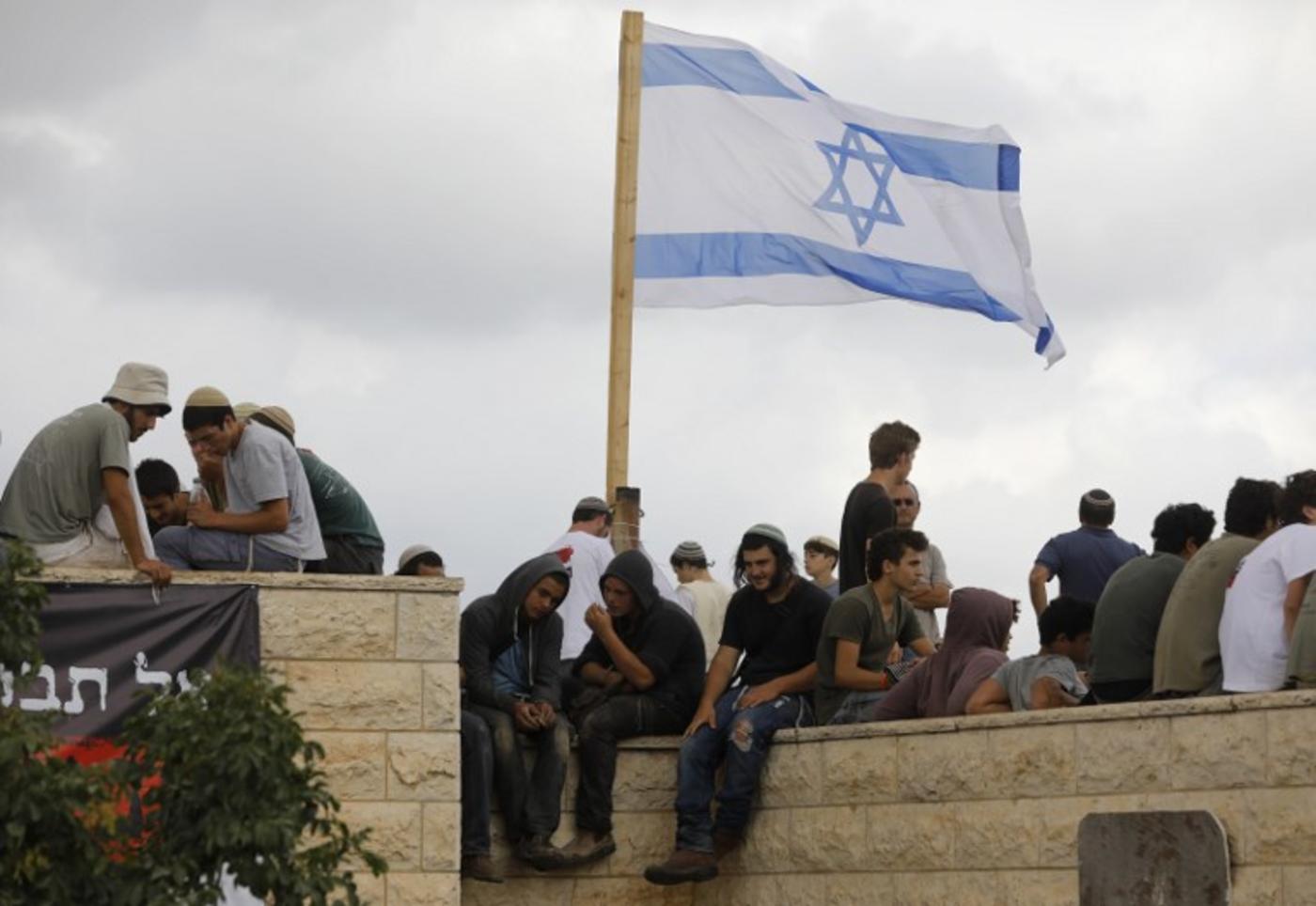 The two-state solution is neither dead nor alive.

It is a classic delusion held by people who would rather not face reality. It is an imaginary friend, committing those who believe in it to a vision of the world in which political agreements between the opposite sides of an asymmetrical power relationship are possible. Faith in the two-state model is a vision of the world that defies reality.

There are half a million Jewish settlers in the West Bank, geographically fracturing the region. Israel’s military presence in and around the West Bank is considered by many Israelis to be an existential need, while the Palestinian economy has become a captive market that generates profits for Israeli corporations - and most Israelis are ready and willing to continue serving the occupation. Given these factors, why would Israel agree to withdraw and end the occupation?

This is not merely a benign delusion: it is detrimental to our prospects for a better life.

Israelis who believe in the two-state solution want to keep alive the fantasy that their regime is a democracy capable of negotiating a reasonable deal. They want, so to speak, to heal their Zionism through a humane arrangement with Palestinians. That’s a strong fantasy when you’re dealing with a catastrophe of this magnitude.

Clinging to the two-state model prevents any rational developments. Focusing on such an unrealistic idea merely perpetuates Palestinian suffering

Some Palestinians believe in the two-state model because renouncing the dream of political independence is too hard, considering all that they have already lost. A poll conducted at the beginning of this year found that 47 percent of Palestinians and 46 percent of Israeli Jews backed a two-state solution.

Beyond Israel and Palestine, there are the international actors who push for the two-state model because the idea soothes their liberal souls, allowing them to recognise the national aspirations of both nations - as if this were a conflict between two equal sides that could be arbitrated by redistributing about 20 percent of historic Palestine. At the same time, these actors can mask their shameful silence on Israel’s crimes.

Clinging to the two-state model prevents any rational developments. Focusing on such an unrealistic idea merely perpetuates Palestinian suffering.

There are also those who support the two-state model for rational reasons. Israel’s leadership supports it precisely because of its impossibility: entertaining the idea of the two-state solution perpetuates the status quo, in which there is only one master. US administrations have put their trust in the two-state model because it keeps their biased intervention alive.

Though I prefer the idea of one democratic state for all, I don’t think that this is a helpful conversation either. It distracts from what is really important.

What is vital is that we correct our understanding of this conflict. Firstly, this is a settler-colonial conflict. Secondly, this is not just a conflict between two leaderships - rather, it is a conflict between two peoples. Palestinians have been doing all they can to escape Israeli oppression, while Israelis have no intention of giving up on the privileges that this system of oppression grants them.

Under these conditions, it makes little sense to focus the conversation on finding the perfect political solution. As long as we keep fixating on irrelevant issues, Palestinians will continue to suffer, and Israelis will continue to perpetuate their role as oppressors.

Under the current power dynamics, there is no solution. It’s about time to admit that.

What is really important today is to stop the suffering of Palestinians, which cannot be done without reconfiguring the power relations between Israelis and Palestinians. This means forcing Israelis to rethink how life for both nations should look.

This is a conversation not about political models, but about resistance and how to bring down a regime that perpetuates oppression. The case of South Africa applies here, and not just because of the common denominator of apartheid. Eventually, the world agreed that the South African regime must be done away with.

The world will also agree, at some point, that the occupation regime the Israelis have constructed must be done away with. This is the conversation we need to have: how to end the cruel siege on Gaza, stop the destruction of Palestinian villages, prevent the Israeli military’s razing of Palestinian homes, and transform Jewish political life in Israel away from Zionism. The answer lies in a long, cumulative process that combines pressure from within and from without.

- Marcelo Svirsky is a senior lecturer at the School for Humanities and Social Inquiry, University of Wollongong, Australia. He researches settler-colonial societies, particularly Israel-Palestine, and focuses on questions of social transformation and decolonisation.

Photo: Israeli settlers gather next to their national flag on a rooftop near Bethlehem on 12 June 2018 (AFP) 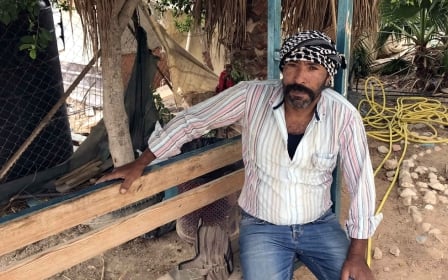 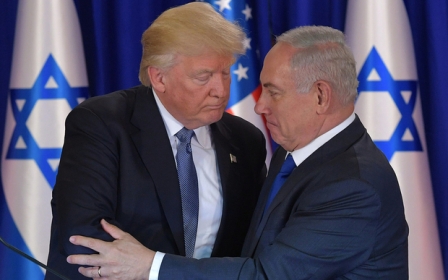 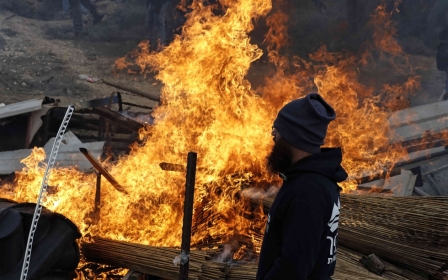