The UN settlement resolution: Whose victory is it?

Jamal Juma
After hundreds of toothless UN resolutions condemning Israeli policies, only people around the world can ensure the latest resolution will not fail the Palestinian people once again 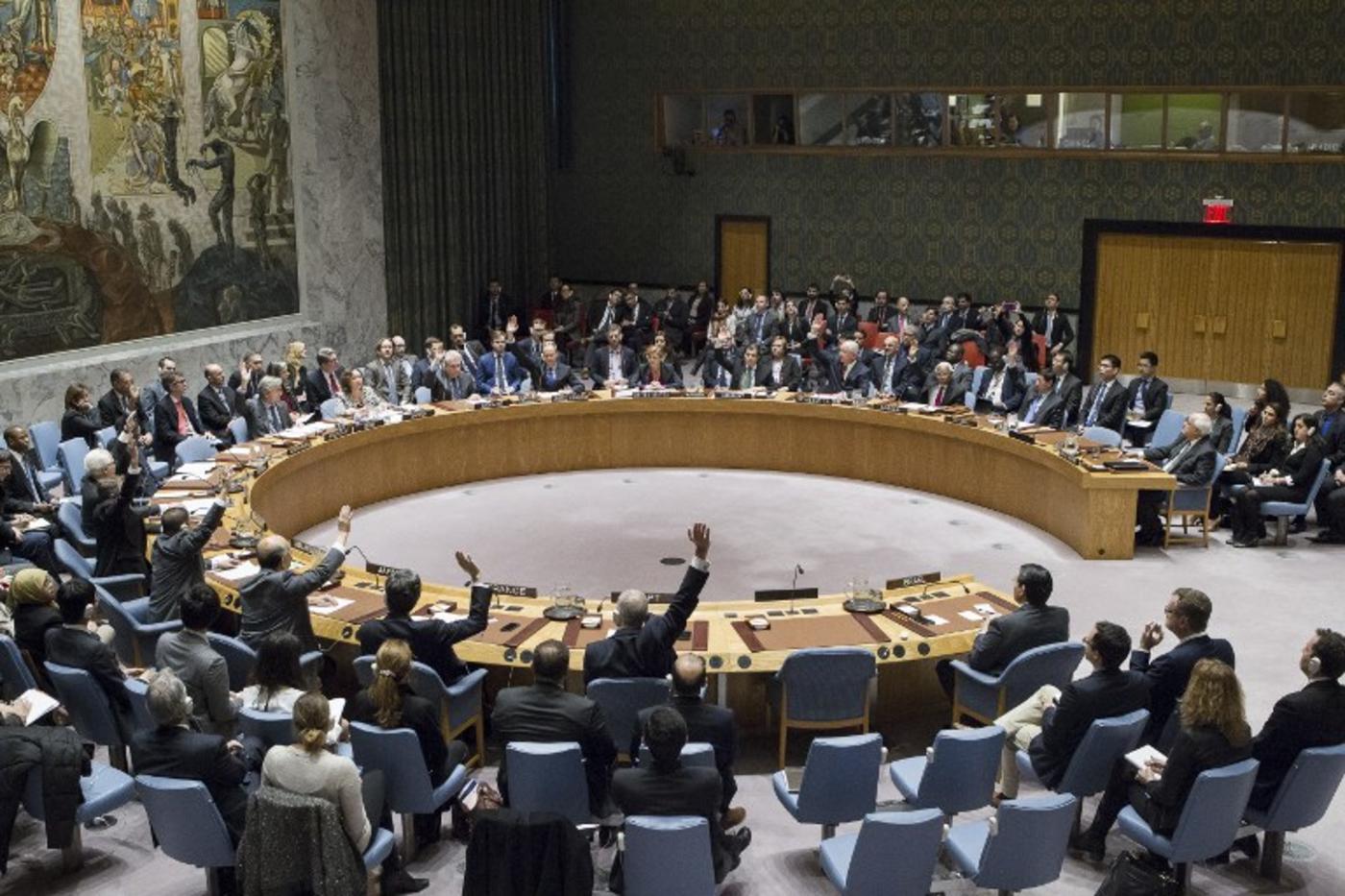 This seems self-evident to anybody who takes a glance at a map that shows how Palestinians in the West Bank are caged in behind an apartheid wall and fragmented by settlements, military zones and checkpoints.

Yet, this resolution has broken a stubborn diplomatic mantra that claims efforts are being made in “working towards a two-state solution", while concealing the reality of Israeli policies of annexation, population transfer and other international crimes.

Interestingly, however, apart from the standard request to the UN secretary-general to regularly report back to the Security Council on the issue, the resolution’s only concrete demand to the international community is a call upon states “to distinguish, in their relevant dealings, between the territory of the State of Israel and the territories occupied since 1967”.

This reiterates legal obligations that have already been called upon by the International Court of Justice (ICJ) in its 2004 ruling on Israel’s construction of the West Bank Wall.

A Security Council resolution from 1980 went even further and called upon states “not to provide Israel with any assistance to be used specifically in connexion (sic) with settlements in the occupied territories”. Two years later, the General Assembly passed a resolution calling for a full military embargo as well as economic and diplomatic sanctions on Israel.

Unfortunately, neither the ICJ ruling nor any of the hundreds of UN resolutions - 18 of which were adopted in 2016 alone - supporting Palestinian rights, have been able to change Israeli policies. This resolution, like those before, is not mandatory in nature.

This drama hides the fact that the resolution is indeed convenient for Netanyahu; it distracts attention from the dispute over tactics used by Israel to advance its settlement project, which has recently divided the government and the Likud party.

This division was sparked by the imminent relocation of the settlement outpost Amona a few hundred meters away from its original location to what Israel considers “state land,” still deep within the occupied West Bank.

Since its inception, Israel has used legal escamotage - sleight of hand - to dispossess Palestinians without directly infringing upon private property rights. A draft bill, which aims to change tactics now by legalising the practice of settlement building on what Israel calls “private Palestinian property”, has caused a fierce row among the Israeli political factions. This unfolding crisis has been averted for now thanks to the United Nations settlement resolution.

A win for all?

All key players at the table had something to win. UN Secretary-General Ban Ki Moon called the resolution a “significant step, demonstrating the Council’s much-needed leadership”. At a time when the UN is incapable of meaningfully complying with its purpose to maintain international peace and security across the world, this resolution on a UN core issue seems to provide some respite.

The Obama administration can also claim to have stood strong against Netanyahu after years of diplomatic provocations from the Israeli side. Yet, considering President-elect Donald Trump’s announcement that “things will be different after January 20th,” the US-Israel axis will surely not weaken over the coming period.

France can also celebrate the motion, as it explicitly supports France’s initiative for yet another peace conference. Opposed mainly by Israel, the initiative lacks prospects for real outcomes, if not to raise France’s global diplomatic standing. Furthermore, the resolution reflects - even in terms of differential treatment of the settlements - existing European Union positions. Hence, there is little indication it would change anything in EU policies towards Israel.

Only Senegal now faces a backlash. After the African nation’s support for the resolution, Israel ordered an end to the aid programs it sends to Senegal.

The Palestinian Authority (PA) celebrated the resolution as a “day of victory”. UN diplomacy has lately become a tool for the PA to legitimise itself and to keep up the pantomime of a two-state solution while it continues to operate as a guardian of the enclaves Israel has carved out for the Palestinian lands.

But as the international community admits that Palestinians are facing a one-state, apartheid-like future imposed by Israel, this strategy may be in danger.

The open admission of the de facto annexation of 60% of the West Bank through the Israeli settlement enterprise, including the Wall, inevitably highlights that the PA has turned into a structure without anything to have authority over. This questions the PA’s very reason to exist.

With every new resolution passed in the UN, the pressure on the PA increases to not only celebrate diplomatic votes but to actually use them as a means to ensure effective measures, including sanctions and boycotts, are taken against settlement activity and Israeli human rights violations and that those responsible are held accountable internationally. This in turn would likely risk that Israel dismantles the PA.

The Palestinian people have largely ignored the resolution, as they are busy trying to survive and to resist Israeli occupation, ongoing settlement expansion, home demolitions and land confiscation, a brutal siege on Gaza and a full-fledged apartheid regime. Palestinians know that yet another UN resolution condemning Israel will not make a difference.

This resolution and its reception is in fact a re-run of the hype that was made around the 2004 International Court of Justice advisory opinion on the Wall. After the opinion affirmed the illegality of the Wall and called for an international obligation not to recognize, aid or assist Israel in its grave violations of international law, Israel and its lobbyists called it a national disaster. The Stop The Wall Campaign argued at the time that only a global effort would ensure that the ICJ’s decision had any meaningful impact.

As predicted, the only follow-up the UN offered was to set up an office that registers damages in relation to the Wall. And for the first anniversary of the ICJ opinion, Palestinian civil society issued a call for boycotts, divestment and sanctions (BDS) against Israel.

Since then, we have, together with activists, organisations and movements across the globe, built a powerful movement, capable of pressuring corporations, institutions and governments to stop aiding and assisting Israel in its violation of human rights. Today, the BDS movement is recognized by Israel as one of the major challenges to the sustainability of its illegal policies of apartheid and occupation.

If this resolution is to have any impact, people across the globe need to ensure that the pledge within the resolution to “examine practical ways and means to secure the full implementation of its relevant resolutions” translates into sanctions against Israel.

It is a responsibility placed upon the people to exert the necessary pressure so that this resolution will be a step towards the implementation of the UN resolutions passed in 1980 and 1982. The calls for sanctions some 35 years ago where made in response to the annexation of East Jerusalem and the Syrian Golan Heights. Now that Israel has almost completed its de facto annexation of the West Bank, action is overdue.

- Jamal Juma' is coordinator of the Palestinian Stop the Wall Campaign and the Land Defence Coalition.

Photo: Members of the Security Council vote on 23 December on a resolution to stop Israeli settlements (AFP). Occupation
Non-Arab states 'get' the Palestinian cause
Mohammad Ayesh