US continues trafficking in deceit with Hezbollah ‘narcoterrorism’ unit 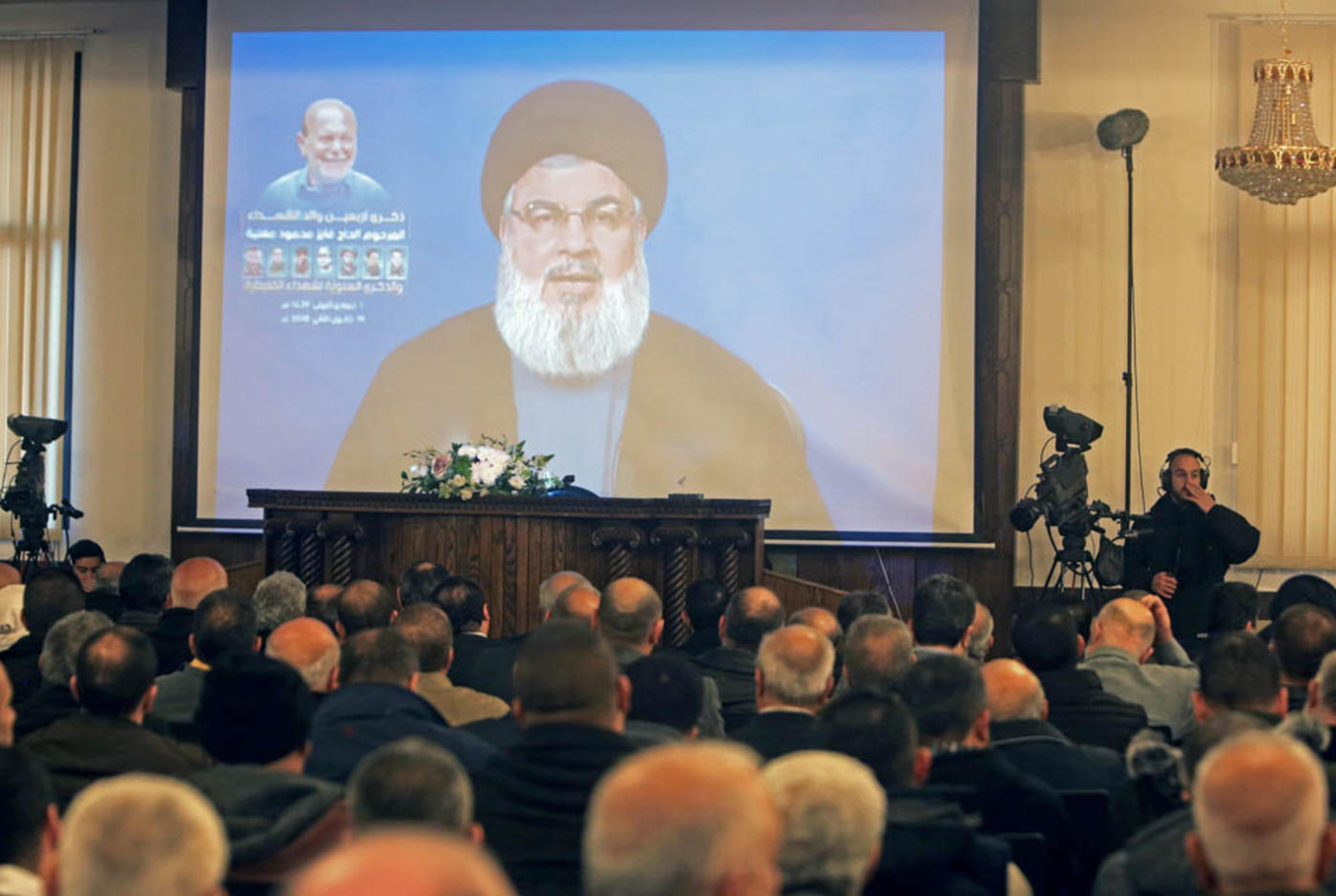 Last month, the US Justice Department announced the launch of an exciting new project: the Hezbollah Financing and Narcoterrorism Team (HFNT), which will continue the US effort to paint the Lebanese group as the epitome of global evil and criminalise its supporters.

The announcement comes on the heels of a December 2017 three-part Politico "expose", tantalisingly headlined: "The secret backstory of how Obama let Hezbollah off the hook."

Who knew that the president who dropped 26,172 bombs on seven Muslim-majority countries in a single year - while wildly increasing US military aid to Israel - was an old softie on the Party of God?

Providing helpful ammunition to the current administration of Donald Trump, the Politico article highlights allegations that Obama recklessly ignored Hezbollah's "narcoterrorist" activity in order to appease Iran in the run-up to the beloved nuclear deal.

Never mind that drug trafficking is fundamentally at odds with Hezbollah's religious orientation; reality has never been a prerequisite to manufacturing threats.

According to Fox News, the HFNT will "begin its work by reviewing investigations stemming from Project Cassandra" - a decade-long operation overseen by the US Drug Enforcement Administration (DEA).

Never mind that drug trafficking is fundamentally at odds with Hezbollah's religious orientation; reality has never been a prerequisite to manufacturing threats

According to Politico's protagonists, the DEA was thwarted from dealing significant blows to Hezbollah's international narco-jihad by the Obama Justice Department, the CIA and other party-pooping entities.

As for the DEA's own "business affairs", it's useful to review Pulitzer Prize-winning journalist Ginger Thompson's 2015 New Yorker piece, titled "Trafficking in Terror", in which she outlined the agency's lucrative leap onto the war on terror bandwagon by hyping the new-and-improved threat of "narco-terrorism".

And yet more funds for the DEA failed to translate into any detectable improvement to national security. Thompson wrote that, in the narco-terror cases prosecuted thus far, "the only links between drug trafficking and terrorism entered into evidence were provided by the DEA, using agents or informants who were paid hundreds of thousands of dollars to lure the targets into staged narco-terrorism conspiracies".

Anyway, the country is obviously in more capable hands now, and Attorney General Jeff Sessions has promised that, with the help of the HFNT, the US Justice Department "will leave no stone unturned in order to eliminate threats to our citizens from terrorist organisations and to stem the tide of the devastating drug crisis".

And there are plenty of encouraging precedents. Politico references Operation Titan, "in which the DEA worked with Colombian authorities to explore a global alliance between Lebanese money launderers and Colombian drug trafficking conglomerates".

This particular operation, it turns out, transpired during the rule of Colombian President Alvaro Uribe - the very same Uribe who appeared on a 1991 US Defense Intelligence Agency list of "the more important Colombian narco-traffickers contracted by the Colombian narcotic cartels".

Add to this trivia the US-backed Colombian state's knack for massacring civilians and otherwise terrorising sectors of the population, and one starts to wonder whether the "narco-terrorist" label might not be better applied to non-Hezbollah parties.

The tip of the iceberg

Furthermore, as scholars Oliver Villar and Drew Cottle note in their book Cocaine, Death Squads, and the War on Terror, the "cocaine decade" of the 1980s "saw the consolidation of the Colombian drug trade as a source of profit for US capital via banks that were established to launder and invest drug money in legitimate US corporations".

The result: an arrangement that "permitted cocaine production to flourish in Colombia, and the cocaine market to expand within the United States and Western Europe".

So much for "stemming the tide of the devastating drug crisis".

Colombia, of course, is merely the tip of the iceberg in terms of institutionalised US hypocrisy on the drug war front.

In Panama, former leader Manuel Noriega remained on the CIA payroll for decades despite common knowledge of his involvement in the international drug trade. (When Noriega's usefulness eventually expired, the US then invoked his drug ties to help justify raining death and destruction on sections of Panama City.)

On the other side of the world, as a 1993 piece in the New York Times observes, "CIA ties to international drug trafficking date to the Korean War" in the early 1950s. The subsequent brutal US war on Vietnam and neighbouring countries saw the establishment of a heroin-refining lab in Laos - with heroin "soon being ferried out on the planes of the CIA's front airline, Air America".

The article continues: "Nowhere, however, was the CIA more closely tied to drug traffic than it was in Pakistan during the Afghan War".

Bringing the narco-jihadi threat to life

The list goes on. From the CIA's LSD experiments on unwitting US citizens in the 1950s to Washington's partnership with right-wing Contras bent on terrorising Nicaragua in the 1980s - with the help of funds from drug-running to the United States, no less - to more recent US collaboration with Mexican drug cartels, the country often appears to be fighting a war for drugs, not against them.

But, hey, that's no reason to rain on the HFNT's parade, especially when so many well-meaning folks have laboured to bring the narco-jihadi threat to life.

Matthew Levitt, a former Treasury official and FBI analyst now installed at the Washington institute for Near East Policy - a vehemently pro-Israel think tank - is cited by Politico for his "respected book on Hezbollah", which "sounded early alarms about its drug trafficking".

The book, called Hezbollah: The Global Footprint of Lebanon's Party of God, contains all of the standard narco-nonsense - such as that Hezbollah is helping drug cartels construct tunnels under the US border and that the US southwest has seen a surge in "Farsi and Hezbollah imagery" in the tattoos of imprisoned gang members.

Other creative gems include Levitt's claim that Somalia contributed "720 experienced militants" to Hezbollah's fight against Israel in 2006 and that "Hezbollah claimed responsibility for both the AMIA bombing [in Argentina in 1994] and the Panama airline bombing [that same year] in a leaflet distributed in the Lebanese port city of Sidon".

To be sure, any time Hezbollah carries out an operation, its first course of action is to announce the details by flyer in the traditionally Sunni bastion of Sidon.

It's likely that plenty of drug money does make its way to Hezbollah's coffers, given that the group has supporters from all walks of life scattered across the globe. But there's a giant chasm between scattered donations and full-fledged narco-terror.

Significantly, meanwhile, Israel's insistence on periodically terrorising Lebanon - an arrangement responsible for Hezbollah's existence in the first place - has not been met with any sort of terror financing team but rather with more money and more weapons from the US.

In the end, the HFNT is not really about drug trafficking or terrorism. It's about punishing Hezbollah for complicating the regional designs of the US and its buddies - and generating revenues for concerned government agencies in the process.

As long as the narco-terrorist remains a profitable menace, rest assured the US will continue trafficking in deceit.

Photo: Lebanon's Hezbollah leader, Hassan Nasrallah, is seen on a video screen as he addresses his supporters in Beirut, Lebanon, on 19 January 2018 (Reuters) 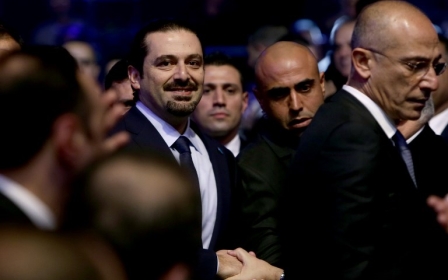