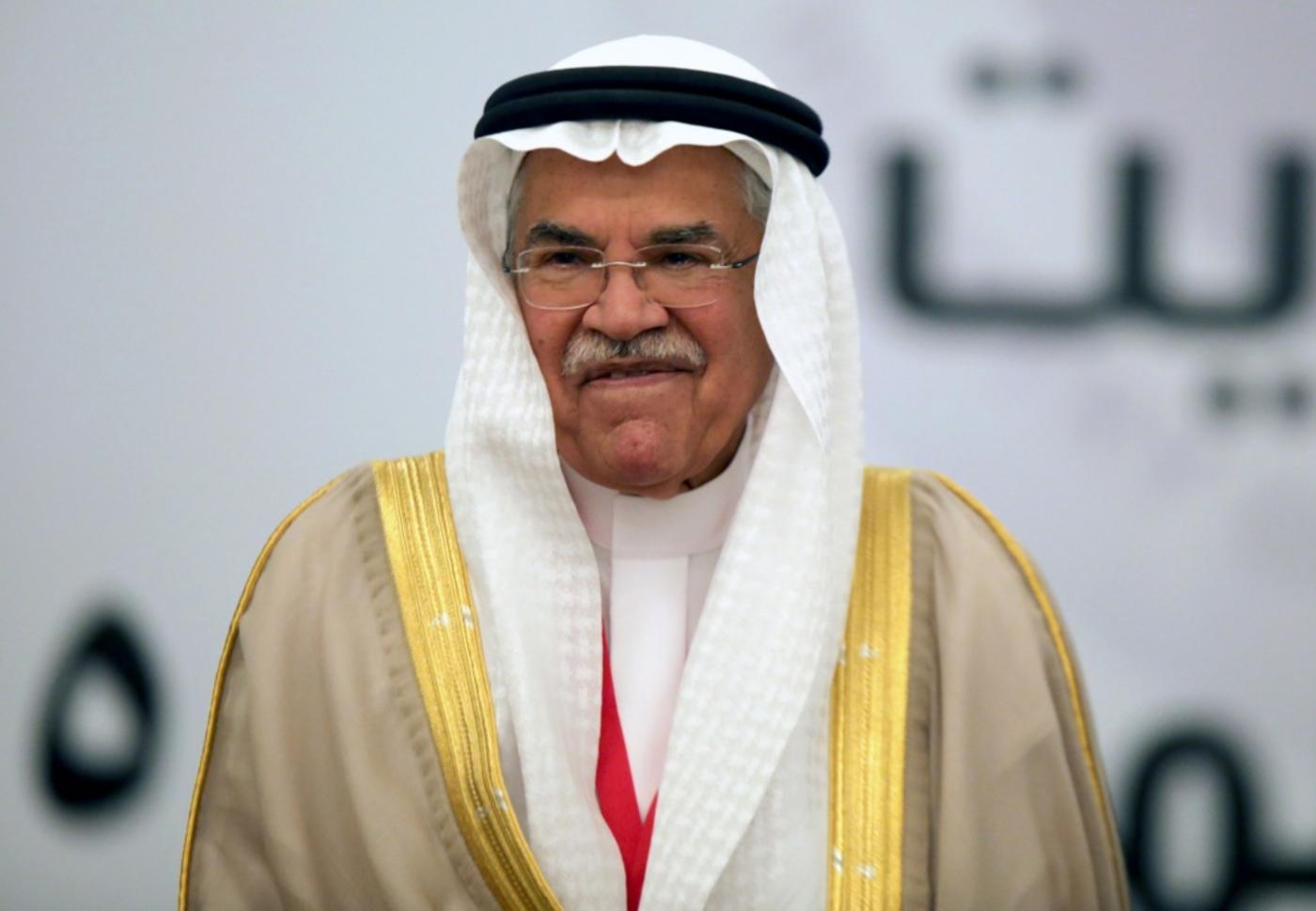 “No one can set the price of oil,” said Saudi oil minister Ali al-Naimi earlier this week. “It’s up to Allah.”

Which is an interesting comment given Saudi Arabia’s insistence on boosting high levels of production since last year. The strategy has maintained a global supply glut, playing a key role in the dramatic lowering of oil prices.

Although the Saudis have recently increased official selling prices in response to stronger demand, al-Naimi made clear that they have no plans to curb production.

Make no mistake - the global oil glut is not just a result of market-driven supply demand dynamics, but an intended consequence of an evolving US-Saudi strategy to use oil as a weapon.

That is not to suggest that the US and Saudi Arabia are in complete agreement over the strategy, or even that it is being hatched and executed in total coordination. Rather, an uneasy convergence of mutual interests has given rise to a strategic accommodation between the two allies.

The targets of the strategy include their chief geopolitical rivals, climate change activists and renewable energy advocates.

The idea of using oil to play god is hardly new, but for the Obama administration it dawned with the US shale gas boom.

In the summer of 2013, Obama’s then national security adviser Tom Donilon, explained in Foreign Affairs, that the surge in US domestic energy production “allows Washington to engage in international affairs from a position of strength”.

A key example of this, he revealed, is the US strategy to pressurise Iran on its nuclear weapons programme (the one that the intelligence community has consistently concluded does not exist). This has involved “tireless diplomacy to persuade relevant nations to end or significantly reduce their consumption of Iranian oil while emphasising to suppliers the importance of keeping the world oil market stable and well supplied”.

Sanctions must slash Iran’s ability to export oil to global markets, while ensuring that a “substantial increase in oil production in the United States and elsewhere” minimises the “burden on the rest of the world” from the price impact. “The same approach is being used in Syria today and was used in Libya in 2011.”

The impetus for this strategy began circulating in US foreign policy circles four years ago under the influence of powerful neoconservative lobbies.

Mark Dubowitz, executive director of the neocon Foundation for the Defense of Democracies (FDD), is a longtime advisor to the Obama administration, US Congress and the Senate on Iran sanctions policy.

In 2011, Dubowitz’s FDD report - which fed directly into Obama’s sanctions policies - explicitly advocated that the US government work with the Organisation of Petroleum Exporting Countries (OPEC) to increase supply and thus maintain lower oil prices.

The report, co-authored with former CIA Iran specialist Reuel Marc Gerecht, called for policies to “reduce the number of potential Iranian buyers without reducing the quantity of oil on the market”. Obama must ensure that “the price and supply of crude oil products from non-Iranian suppliers will be sufficient to allow energy buyers to significantly reduce their purchases of Iranian crude”.

Dubowitz and Gerecht concluded that “an increase in output from Saudi Arabia, Kuwait and UAE can help offset price increases”.

Saudi Arabia would need to play a central role in the strategy. “US policymakers have been frustrated by Saudi unwillingness to increase supply to offset high oil prices,” the report revealed, confirming that Obama had been pushing for this approach for some time.

So Washington must “elicit support from other OPEC producers… Saudi Arabia in particular” for this strategy, including “a private (and if possible public) assurance that these countries will increase output…”

Donilon’s Foreign Affairs missive in 2013 confirmed that the strategy was well underway by then, targeting Iran, Libya and Syria.

Donilon himself was close to senior Saudi officials, often acting as America’s unofficial envoy and secret back channel to the kingdom for the previous two years. He would even travel to the country to pass private messages to the late King Abdullah.

In March 2014, former US government advisor Peter Verlager, a leading oil economist who headed up president Jimmy Carter’s Office of Energy Policy, recommended that the US should release oil from its Strategic Petroleum Reserve (SRR) onto global markets to sustain a price drop that would hit the Russian economy, which is centrally reliant on oil and gas exports.

“An oil-led strategy would have to be carried out in tandem with Saudi Arabia so that it does not cut its supplies in order to prop up prices, and it is a good bet that the kingdom would go along,” reported Quartz.

In the same month, Obama’s State Department announced a new strategy to use the domestic US shale gas boom “as a weapon” to undercut Russian influence over Ukraine and Europe, transmitted largely through energy exports. By the end of March, Obama had met with King Abdullah, and observers speculated as to whether the new anti-Putin strategy was broached by the US president.

According to an OPEC official who participated in meetings with Saudi officials later in 2014, the Saudis wanted a lower global oil price to undercut potential rivals who need a higher price to sustain profitability. Although the price drop would reduce Saudi export revenues, the move would still allow the Saudis to retain greater market share.

Equally, the OPEC source told Reuters: “the Saudis might also regard low prices as an opportunity to put even more pressure on Iran and Russia for supporting Syrian President Bashar al-Assad, an arch-enemy of Riyadh, in the country's civil war”.

The US also hopes it can ride out the collateral damage to its domestic gas industry. According to Larry Elliot, the Guardian’s economics editor, US Secretary of State John Kerry had allegedly “struck a deal with King Abdullah” the preceding month, “under which the Saudis would sell crude at below the prevailing market price”.

Indeed, when asked whether US discussions with Riyadh had touched on Russia’s need for a high oil price to balance its budget, Kerry did not deny this. Instead, he smiled and said: “They (Saudis) are very, very well aware of their ability to have an impact on global oil prices.”

Breaking-up the power of OPEC by flooding global markets with oil has long been a neocon dream. Ironically, the US-Saudi oil strategy is playing a key role in converting that dream into an imminent reality.

According to the International Money Fund’s ( IMF) latest Regional Economic Outlook Update, the price drop “will turn the longstanding current account surplus of the Middle Eastern and North African oil exporters into a deficit of $22 billion in 2015, with export earnings expected to be about $380 billion lower than projected before the oil price decline”.

For the oil-exporting members of the Gulf Cooperation Council (GCC), the 2014 budget surplus of 4.5 percent of GDP will slump to an average deficit of 8.5 percent of GDP in 2015. In other words, it is not just Iran and Russia, but most oil-exporters in the region that cannot balance their budgets at lower oil prices approaching $60 a barrel.

But Saudi Arabia is the only OPEC power with the capacity, due to its massive wealth, to weather the sustained reduction in revenues due to the global oil price drop.

The oil weapon strategy is crushing OPEC’s cartel-like capacity to control global oil prices, instead consolidating that leverage under the US-Saudi alliance. It is also wiping out regional oil exporter profits.

In the short-term, both the US shale gas industry and Saudi export revenues are also suffering from the price drop. But in the longer-term, the protracted destruction of OPEC paves the way for the Americans and Saudis to dominate the market share of global oil and gas.

This process could fundamentally undermine OPEC’s domination of global oil markets, granting US and Western companies unprecedented opportunities to swoop in.

The US-Saudi oil strategy is also accelerating the geopolitical fracturing of the region. The decrease in state revenues, prompting reductions in domestic subsidies for oil and food, stokes internal grievances that fuel domestic political agitation and unrest.

This in turn feeds into the Balkanisation of the Middle East along ethnic and sectarian lines, an outcome that happens to fit scenarios long-explored by US Army defence planners.

The oil price slump has also helped stave off perhaps the biggest threat of all – the transition away from fossil fuel dependence.

Pressure is mounting on this front from two angles. Firstly, renewable energy sources are increasingly cost-competitive with fossil fuels. Secondly, calls for disinvestment from fossil fuels to address climate risks are becoming more mainstream. Both had been spurred by $100-plus oil prices.

The post $100 price slump has given the fossil fuel industry unexpected breathing space. Yet it has also fuelled the convenient myth that the age of cheap oil can continue more or less indefinitely.

In reality, the price slump masks the very real peak of conventional oil in 2005, since which crude oil production has plateaued, while unconventional oil and gas has increasingly made up the shortfall. Despite the lower market price, the costs of production have risen astronomically, and the quantity of oil being produced has dramatically fallen.

Since 2000, this has meant that the oil industry’s investments have risen by 180 percent, generating a puny global oil supply increase of just 14 percent – two-thirds of which comprises unconventionals.

By 2030, within just 15 years, the kingdom’s exports would drop to zero, making it a net importer. The report thus showed that Saudi Arabia’s capacity to maintain its high level of exports onto global markets is likely to end well before then in coming years.

Control of oil underpins US hegemony. But the death of the oil empire is inevitable.

Committed to playing god in world affairs, the US-Saudi oil weapon strategy is a last ditch effort to breath life into a doomed system of geopolitical domination premised on fossil fuels. 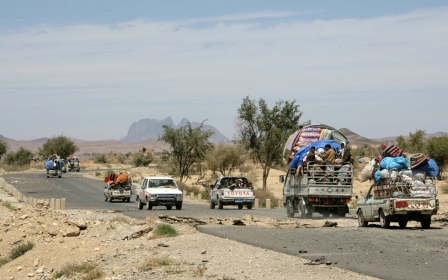 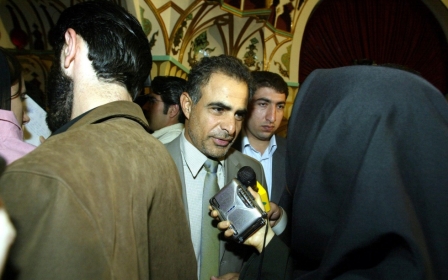 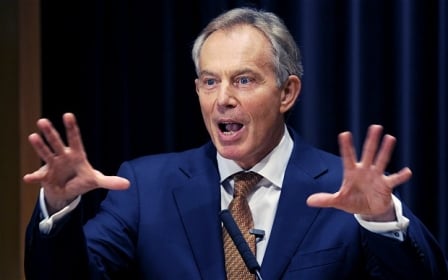