Viewing Yemen and Syria through the anti-terrorism prism

Baraa Shiban
Middle Eastern leaders understood how to use terrorism as a tool to legitimise their rule, but the US mustn't see the region's people as a threat 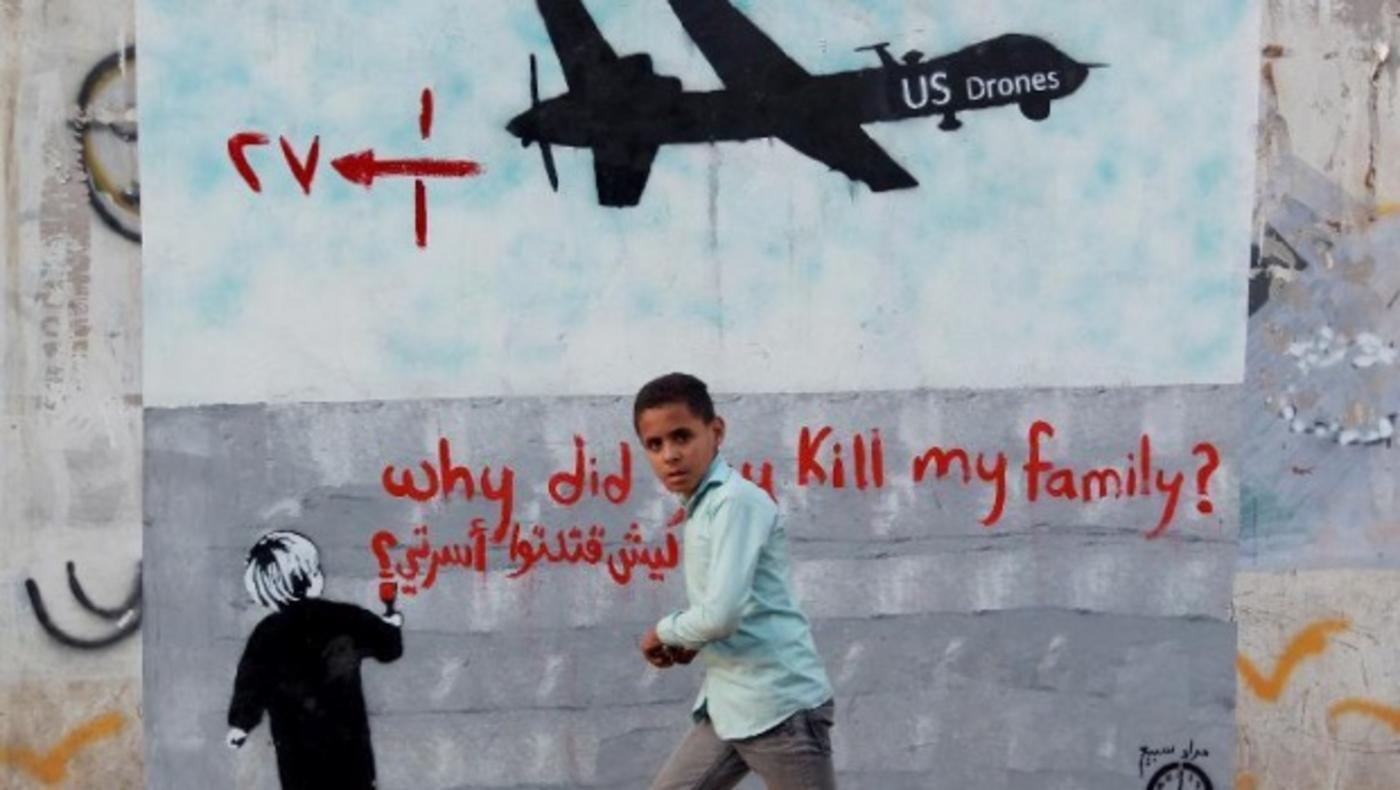 Relationships with nations cannot be built on the possibility of them being a potential threat.

In July 2011, a number of youth activists in Sanaa’s Change Square, the centre of Yemen’s uprising against former president Ali Abdullah Saleh, received a call from the US embassy. It was an invitation to attend a meeting with John Brennan, who served as US President Barack Obama’s adviser on National Security. Brennan discussed how the US could avoid Yemen becoming an active ground for al-Qaeda.

Although the activists talked clearly about the failures of the Saleh’s regime and its inability to run the country, the US official was determined to focus on one thing: counter-terrorism.

Across the Middle East and North Africa, people protested against long-standing dictatorial regimes, which benefited those at the top instead of society as a whole.

A study published by Chatham House in September 2013 clearly stated: "A small elite forms Yemen's political economy: around 10 key families and business groups with close ties to the president control more than 80 per cent of imports, manufacturing, processing, banking, telecommunications and the transport of goods."

This patronage phenomenon is a common factor in all the countries that witnessed the revolutions known as the Arab Spring. The systems were designed to be exclusive to a certain elite. People in those countries demanded more transparency, more freedoms and most importantly good governance. However, these priorities were not shared by US decision makers.

The counter-terrorism agenda has become the US’s driving policy towards countries in the Middle East. The US does not see Middle Eastern nations as possible partners, but rather as potential threats.

In the years that followed 2011, Yemen witnessed a significant increase in the number of drone strikes. The year 2012 witnessed the highest number of drone strikes in Yemen’s history and the years 2013 and 2014 showed no let up. Drones provided a short term solution of keeping al-Qaeda on the run. However, in the long term, drones created more chaos, extremism and anger towards the US - and the Yemeni government.

The US also failed to reconcile with the bereaved communities affected by the drone strikes, despite attempts by many individuals, and organisations, to approach the US administration. In 2013, an environmental engineer from Yemen, who lost two of his relatives in a drone strike during his own son’s wedding, came to the US requesting answers.

No apology would be given – because the US had no plans to end the drone programme.

The nature of the drone programme means it has an indefinite end, with no clear targets and no time limit. In that, it is a reflection of the "war on terror".

The US counter terrorism policy didn’t just effect US relations with the Yemeni people, but affected its ability in seeing the obvious. Houthi rebels – a militant group from the northern part of Yemen – were advancing outside their stronghold in the northern province of Saada. Houthis engaged in armed conflict with units from the Yemeni military throughout 2014 and eventually took control over the capital in September 2014.

In 2015, with the help of former president Saleh, they took control over the state and bombed the residence of the current president, Abd Rabbuh Mansour Hadi, in the southern capital Aden. The US didn’t see that as a threat to its own interest. This is due to the fact that Houthis have been fighting al-Qaeda since September 2014.

In March 2015, after Yemeni President Hadi had requested military support from the Gulf countries, Saudi Arabia led a coalition to bomb Houthis and Saleh forces. The whole of Yemen was effectively living a civil war from Aden in the south, up to Saada in the north.

Three months passed before the US ambassador to Yemen met Hadi in Riyadh. In the meeting, according to a Yemeni official, the US ambassador’s first question was about Hadi’s plans regarding al-Qaeda, despite the fact that the Yemeni government still did not have presence on the ground and were at the time preparing for the peace talks in Geneva. The US still does not see Houthis as a threat, after all Houthis are the enemy of their enemy – al-Qaeda.

Seeing how the US dealt with Syria, I felt there is allot of commonality.

In late 2014, Obama chaired a UN Security Council session to pass a resolution against IS. He managed to pass the resolution unanimously. It authorised the US and its allies to hit Islamic State bases in Syria and Iraq. Seeing how the US approached Yemen, and how it targeted al-Qaeda targets there, I realised that the US had not learned its lesson.

Although IS is a threat to global peace, and puts people in Europe, the US and the Middle East in danger, the resolution did not address the root cause of the problem in Syria - the regime of Syrian President Bashar al-Assad.

The Syrian people rose up in March 2011, and the Assad regime responded by declaring a “war on terror”. It borrowed the language of the US administration and has defined all of its opponents as terrorists. George W Bush’s “with us or against us” rhetoric comes to mind. Assad jet fighters killed thousands of people. Cities such as Ghouta, Dariya, Homs and Aleppo have been living in the shadow of barrel bombs.

This led to one of the worst humanitarian crises in modern history. The OCHA estimates that more than 4 million people have fled the country and more than six million people have been displaced. Despite these terrible numbers there was no real attempt to force Assad to leave power. This is because it is perceived that Assad simply does not pose a threat outside Syria’s borders.

Lately the UN Security Council passed a resolution on Syria that calls for Assad and the Syrian opposition to work towards a political resolution. It also states that both parties should work to fight terrorist groups like IS and the al-Nusra Front. The fate of the Syrian president was left to negotiations. I do not think that a regime that is throwing barrel bombs on its people to keep a man in power will engage in talks that would get rid of that same man.

Without a comprehensive solution for Syria that clearly ends Assad’s rule, the war in Syria will continue and groups like IS will continue to expand. IS and al-Qaeda are just a reflection of the failure of Arab regimes.

Both Assad and Saleh understood how to use terrorism as a tool to legitimise their rule. With the current approach by the United States, these people will continue to have a role in the future of the region.

Baraa Shiban is a Yemeni human rights activist. He is the Yemen project co-ordinator for the human rights organisation Reprieve.