West weeps for Aleppo but ignores the refugees of Ramadi

Jonathan Steele
Western policymakers need to abandon the fantasy that both Assad and the jihadis will be defeated simultaneously in Syria, and work with Russia 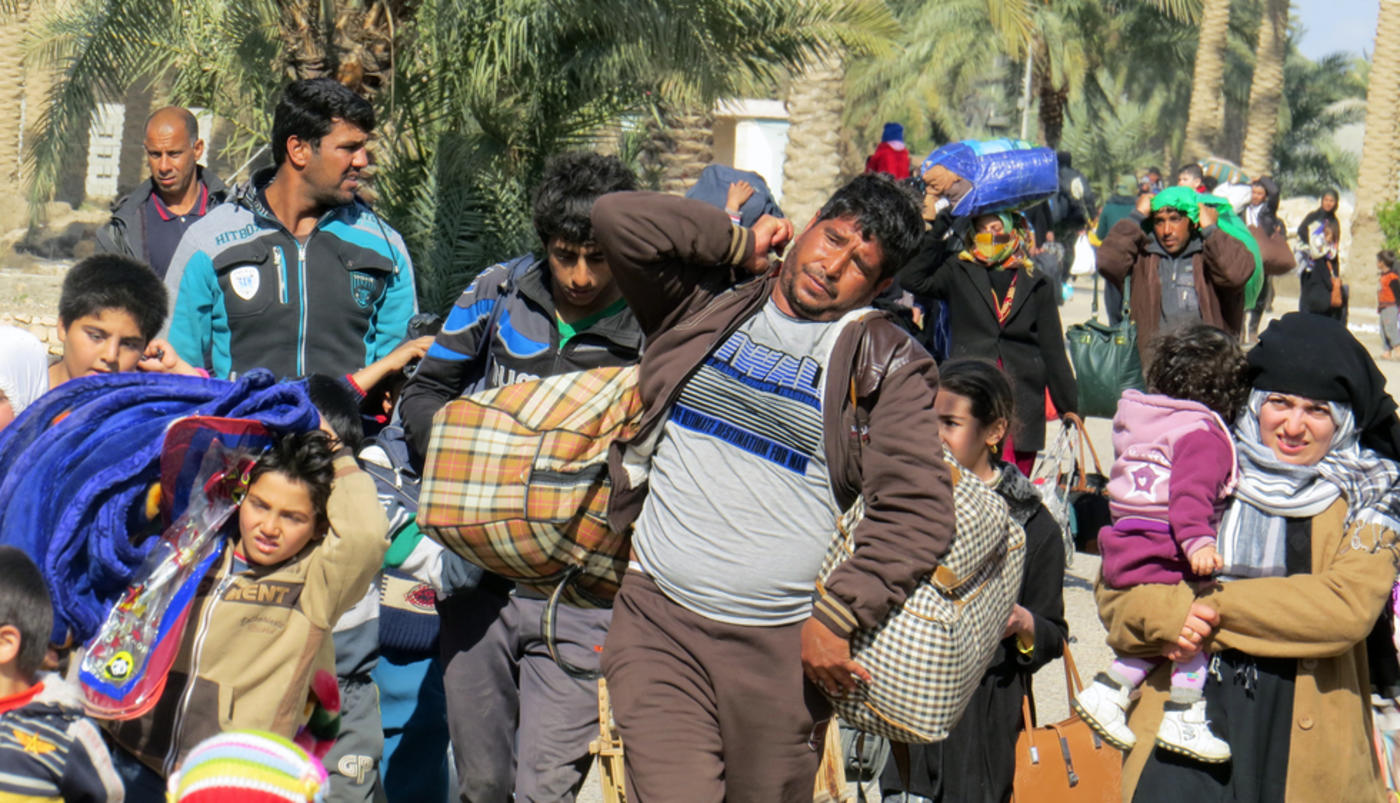 All refugees are desperate but some are more visible than others. Two months ago the Iraqi army and allied Shia militias, using heavy artillery and backed by massive US air strikes, pulverised the city of Ramadi.

When government troops entered it after opposition forces retreated they found that 80 per cent of the city, which was once home to 450,000 people, was destroyed. Hardly any civilians were left in the smouldering ruins.

Many had fled when Ramadi first fell to opposition forces seven months earlier. The rest escaped during the weeks of tremendous bombardment which put the city back in government hands late last year.

In cars, trucks or on foot they moved east towards Baghdad or dispersed to relatives throughout Iraq’s Anbar province. There were few reporters to film or catalogue their plight. No interviews were done with traumatised people denouncing the air strikes which had left them homeless. They were too far from any international border to create a diplomatic crisis over asylum. No headlines asked whether aid agencies should be doing more to help.

The fate of the tens of thousands of Iraqi civilians who used to live in Ramadi is little different from that of Syrians, forced to flee Aleppo, but it is not just their relative inaccessibility which explains why their misery captures so little attention from Western politicians or the media. It’s politics.

The bad guys in the Ramadi story, the men who occupied the city for seven months, are the Islamic State group while the men who bombed them out, destroying most of the city, were US-trained Iraqi government soldiers, helped by Shia militias and US special forces.

Indeed, the recapture of devastated Ramadi was described by Iraqi and US officials as “liberation”.

Imagine that word being used in the West today to describe what is going on in Aleppo. Bashar al Assad’s government forces are perceived as the bad guys while their opponents are sanitised as “rebels”.

Western anger is directed at the Russian air strikes which have been responsible for changing the balance of power in the city. Germany’s Chancellor Angela Merkel and other Western politicians have called for the Russians to halt their bombing campaign, apparently preferring to watch the civilian residents of Syria’s second city suffer through more grim months of stalemate and siege rather than welcoming what could be the end of its three-year battle.

While it’s true that Russian bombing has been indiscriminate, and comparisons with Moscow’s treatment of Grozny in the second Chechen war are legitimate, this is the brutal nature of conflict in cities where one side has total air supremacy, as the people of Ramadi know.

It is also true that some of the anti-Assad fighters in Aleppo and other Syrian towns and cities have no fundamentalist political objectives. They want a more democratic regime or are simply trying to defend their home districts or avenge the killing of relatives. But the bulk of the organised armed groups have wider aims. They are Sunni jihadis with ferocious sectarian agendas.

According to an analysis by the conservative Washington-based Institute for the Study of War, the “rebel” groups in southern Aleppo province whom Syrian government forces have been defeating are a combination of IS, the al-Qaida franchise Jabhat al-Nusra and the radical Salafi group Ahrar al-Sham. The website Al Monitor recently reported that the Syrian Turkmen groups to the northwest of Aleppo whom the Russian have been repeatedly bombing in recent weeks are linked to Jabhat al-Nusra.

Much has been made in the West of UN Security Council Resolution 2254 which calls for an end to the “indiscriminate use of weapons, including through shelling and aerial bombardment”,  but the resolution also calls on governments to suppress terrorist acts committed by al-Qaida, IS, and entities associated with them.  The Russians and the Syrian government have been doing precisely this.

Whether you call the looming end to Aleppo’s three years of war  the “fall” of the city or its “liberation”,  Russia’s intervention is the factor which has turned the tide of battle. It highlights the contradiction at the heart of Western policy in Syria. Neither Washington nor the EU have been willing to choose whether the main obstacle to peace in Syria is Assad or IS and the other radical jihadis. Policymakers are stuck in a fairyland where they hope that both groups will be defeated simultaneously. That is not going to happen.

The choice of which to goal to prioritise has never been more urgent.

The Russians are repeatedly pilloried for allegedly devoting most of their fire-power against “moderates” rather than IS. But the same charge can also be made against the Western-backed “moderates”. They are also avoiding fighting IS except in the few districts where IS has attacked them. Instead, they concentrate their efforts against Syrian government forces, which is why the government and its Russian allies sees no reason not to fight back.   But as the Institute for the Study of War reports, the claim that there is a substantial force of moderates on the Aleppo battlefield is a fiction.

Vladimir Putin made a major mistake when he planned to start bombing Syria last autumn. He failed to tell the Americans and explain his objectives in advance. Instead of acting jointly with them in the air war over Syria, he allowed his competitive juices to flow, using his unexpected intervention as a way of being able to show that Russian airstrikes would be more effective than US ones.

Taken unawares, the Americans responded in kind. They rushed into knee-jerk opposition, denouncing Putin’s intervention as unacceptable and doomed to make things in Syria worse.

Much of the agony which Syrian civilians are now enduring stems from these mistakes in Moscow and Washington. Rather than working together militarily, in parallel with their relatively harmonious co-operation in searching for a political end to the war and a government of national unity in Syria, Moscow and Washington are still competing for one-sided advantage.

The Geneva talks are due to resume in two weeks’ time. The agreement for a ceasefire which was reached in Munich at the International Syria Support Group’s recent meeting is a major breakthrough, if implemented.

This will require serious action by the US and its Gulf allies as well as Russia to press their clients to target the main enemies of a pluralistic Syria in which all faith communities can live together.   If the few remaining non-jihadi opposition groups and the Syrian army can cease attacking each other, the way is open for them, together or separately, to go exclusively after IS and its ilk.   Denouncing the Russians for not doing enough to fight terrorism in Syria or for using Ramadi-style bombing may be good propaganda, but counter-productive if your aim is peace.

Image: Displaced Iraqis, who fled regions controlled by the Islamic State (IS) group near Fallujah, carry their belongings on 8 February 2016 as they arrive in the Jwaibah area, on the eastern outskirts of Ramadi, after pro-government troops retook it from militants. (AFP) 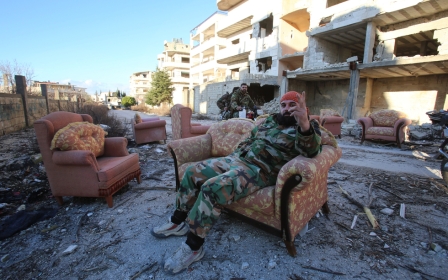