The Western agenda in Libya has failed: It's time to get the real players round the table

Alison Pargeter
The West needs to stop trying to get Libya to dance to its own tune and engage, among others, the country's largest and most important tribes 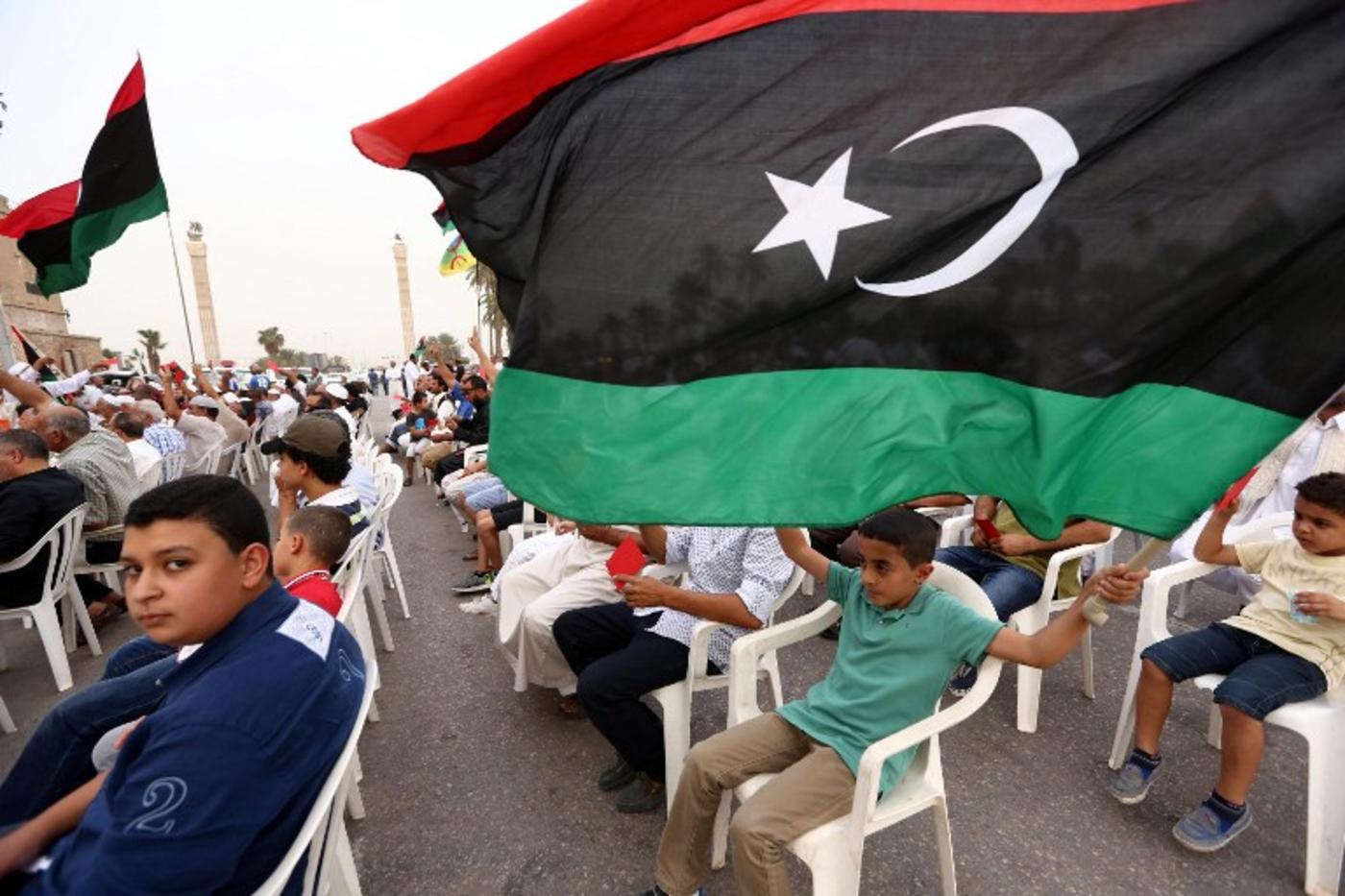 At the end of October, London hosted an international meeting aimed at salvaging Libya’s beleaguered Presidency Council, the ruling body established through the UN sponsored peace process that was meant to put Libya back on its feet again.

The thrust of this meeting, which was attended by British Foreign Secretary Boris Johnson and US Secretary of State John Kerry, among others, was to try to convince the Governor of Libya’s Central Bank, Sadiq Al-Kebir, to release more funds to the Presidency Council.

This council has been dogged repeatedly since its arrival in Tripoli in March 2016 by accusations that it isn’t resolving the day-to-day problems of ordinary Libyans, let alone bringing security to the capital.

The meeting was also an attempt to smooth over the tensions that have erupted of late between the Presidency Council and some of Libya’s national financial institutions, including the Central Bank, but also the National Oil Corporation, which initially declared their willingness to co-operate with this internationally backed body.

Somewhat ironically, therefore, this was a meeting aimed at ironing out differences between those who are meant to be on the same side in Libya’s protracted conflict.

Breathing life into a dying body

If it wasn’t so tragic for Libya, this gathering could have been billed as a farce. Here were international powers, whose 2011 intervention in Libya helped create one of worst calamities of post-Arab Spring North Africa, desperately trying to breathe life into a dying body that has absolutely no power or legitimacy on the ground.

Just last month, the head of another of Libya’s rival governments seized control of ministries in Tripoli with the assistance of the Presidency Council’s own guard, who revolted at not having received their salaries. As such this council is a ruling body that not only relies upon militias in the capital for its protection, but that can also be eaten up by its own security forces in a flash.

Worse, the Presidency Council that the international community is desperately trying to prop up still has no proper legal authority inside Libya. The council and the political agreement of December 2015 that spawned it have yet to be approved by Libya’s parliament, the House of Representatives (whose own mandate expired over a year ago), which is adamantly rejecting what it views as an imposed solution. In addition, the central bank governor attended the London meeting despite the fact that his own term in office expired in September.

This was a meeting, therefore, aimed at persuading a figure no longer legally in office to bypass Libya’s financial laws in order to release funds to a body lacking proper legal status. This is not to deny the need for cash. Libyans have waited long enough to see an improvement in their living conditions, with many not receiving their wages for months on end due to a severe liquidity crisis.

But the Presidency Council’s way of going about things is hardly conducive to resolving Libya’s deep-seated economic problems and appears to be primarily about distributing money as a means of absorbing public anger.

According to Al-Kebir, the Presidency Council’s only economic strategy has been to ask the Central Bank to sell off some of Libya’s gold and hard currency reserves (something it can ill afford to do), and to devalue the dinar. Yet buying off the population is not going to be enough. As Al-Kebir commented: “We put billions of dinars into circulation in 2016 and this didn’t solve the crisis.”

Backed into a corner

The ludicrousness of this whole situation is a reflection not only of the depth of the Libyan crisis, but also of the way in which the international community has backed itself into a corner in trying to deal with the mess of post-Gaddafi Libya.

By prioritising its own agenda - fighting IS and dealing with illegal immigration – at the expense of finding a real solution for the country, it has boxed itself into the position of propping up an empty vessel that is not equipped to deal with the challenges at hand. Even the head of the Presidency Council, Fayez Sarraj complained recently: “Every time we sit together with representatives of the international community this [fighting terrorism and illegal migration] seems to be the main topic on the table.”

Little wonder that this government is so widely discredited in the eyes of Libyans and that international powers have been unable to force a new reality on the ground.

It is evident, therefore, that a change of approach is well overdue. This does not mean that the international community should push for a return to the UN peace process or attempt any renegotiation of the political agreement between the same old bit-players.

Rather, it is high time to move beyond the UN process altogether and to engage the real powers in Libya’s conflict in a meaningful peace process that might have a chance of bringing some stability to the country.

Such an approach will also necessitate bringing in the country’s largest and most important tribes, many of which have been alienated from the whole negotiating process on the grounds that they are perceived as supporters of the former regime. Indeed, it is time for Libya and the international community to move beyond Libya’s revolution and to bring in all those players who are essential if the country is to have any chance of getting back on its feet.

But more than that, the international community needs to adopt a different way of dealing with Libya and Libyans. Throughout this process its high-handed approach that has seen it try to impose solutions from above, such as in October 2015 when the former UN Special Representative to Libya, Bernardino Leon, suddenly announced the nominees to the Presidency Council, or by its imposing sanctions on those who refuse to comply with its wishes, has both damaged its own credibility and that of those bodies it is supporting.

Rather than facilitating the peace process, to many Libyans, the international community has taken on the mantle of a master who is trying to get Libya to dance to its own tune

It is little wonder that the Presidency Council is increasingly being referred to by Libyans as a "protectorate government" and its war against the Islamic State (IS) group as a "foreign war".

It is notable that in contrast to Iraq, the fight against IS in Libya has not elicited the praise one might have expected inside the country. This isn’t because Libyans are sympathetic to IS, but rather that they never viewed fighting it as among Libya’s most pressing priorities. Instead, they viewed it as a foreign-imposed battle that ignored the real issues that are tearing the country apart.

Rather than facilitating the peace process, therefore, to many Libyans the international community has taken on the mantle of a master who is trying to get Libya to dance to its own tune.

This latest London conference was no exception. Even Presidency Council member, Ali Qatrani, described the London meeting as something that “undermines the capabilities of the Libyan people and robs them of their political will.” Others accused international powers of trying to rob the Libyan people of their wealth.

All this has left the Presidency Council a thoroughly tainted and discredited body. While an injection of funds, such as that requested at the London meeting, might work to alleviate some of the immediate pressures, it isn’t going to be enough to turn this council into a legitimate or an acceptable body. In the meantime, Libya will continue to unravel and recovery will become an ever more distant prospect.

- Alison Pargeter is a North Africa and Middle East expert with a particular focus on Libya, Tunisia and Iraq, as well as on political Islamist movements. She is a senior research associate at the Royal United Services Institute (RUSI), and a senior associate at global consultancy firm, Menas Associates. Her books include Return to the Shadows: The Muslim Brotherhood and An-Nahda since the Arab Spring (Saqi, 2016); Libya: The Rise and Fall of Qaddafi (Yale University Press, 2012); The Muslim Brotherhood: The Burden of Tradition (Saqi 2010 (updated edition 2013); and The New Frontiers of Jihad: Radical Islam in Europe (I.B .Tauris 2008).

Photo: In October 2015, a protest against the GNA in Tripoli's Martyrs Square (AFP).