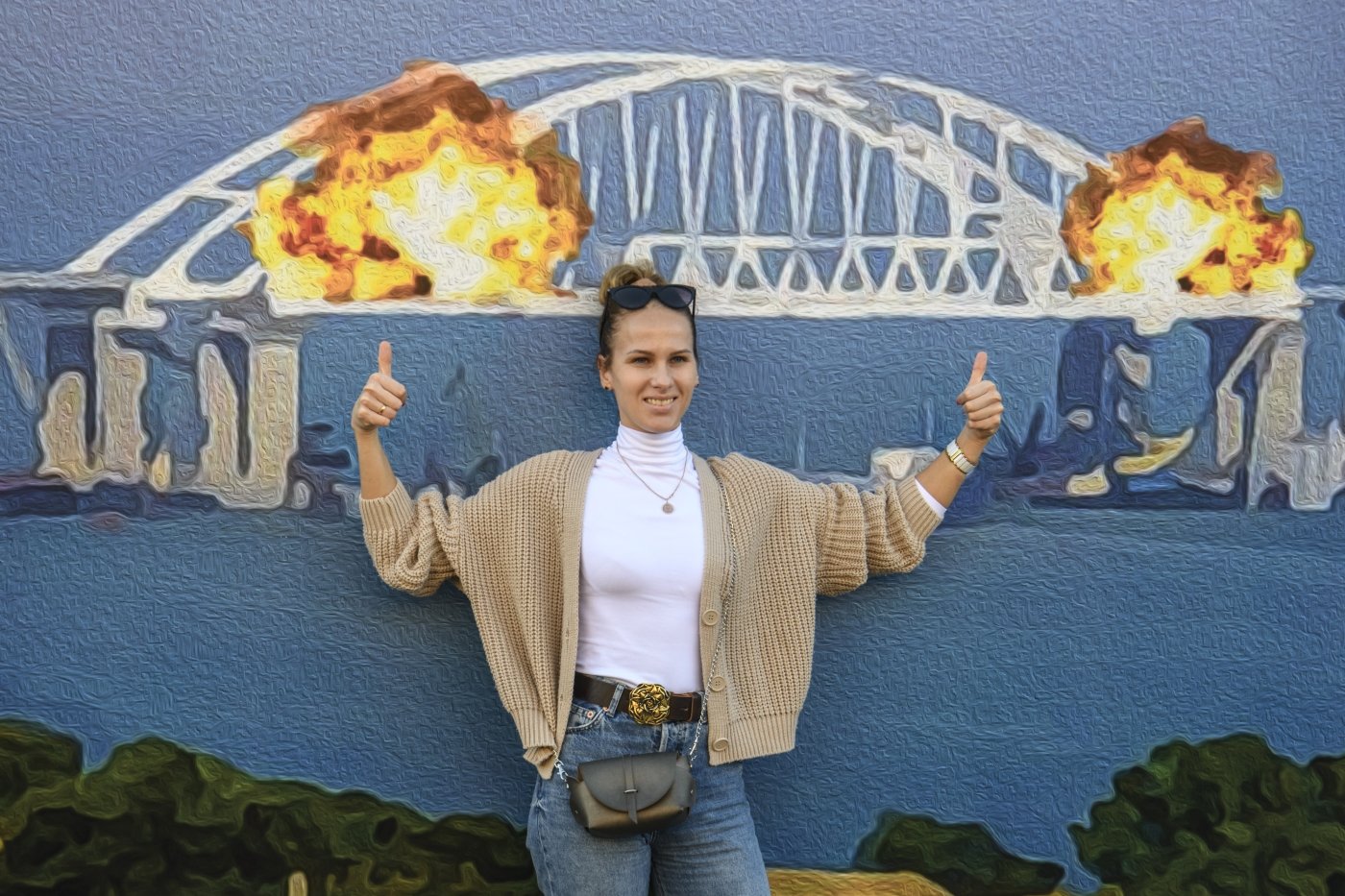 A woman poses for photos in front of the large poster form of a postage stamp depicting the Crimean Kerch Bridge on fire in Kyiv, Ukraine on 8 October 2022 (Reuters)

No one took responsibility for the explosion over the weekend that ripped through a section of the Kerch Bridge that links Russia to Crimea and was built by Moscow after it annexed the peninsula back in 2014.

But it was not just Kyiv’s gleeful celebrations that indicated the main suspect. Within hours, the Ukrainian authorities had released a set of commemorative stamps depicting the destruction.

Had the Palestinians openly celebrated blowing up a bridge, and killed Israeli civilians, who can really imagine western media reports being similarly supportive?

Russian President Vladimir Putin was under no illusions either. On Monday, he struck out with a torrent of missiles that hit major Ukrainian cities such as Kyiv and Lviv. It was a pale, Slavic echo of Israel’s intermittent bombardments of Gaza, which are expressly intended to send the Palestinian enclave "back to the Stone Age".

If the scenes looked familiar – an attack by one party, followed by a massive retaliatory strike from the other – the mood and language that greeted the Ukrainian attack and the Russian counter-attack felt noticeably different from what passes for normal western commentary about Israel and Palestine.

The blast on the Kerch Bridge was welcomed with barely concealed excitement from western journalists, politicians and analysts, while Moscow’s strikes on Kyiv were uniformly denounced as Russian brutality and state terrorism. That is not the way things work when Israel and Palestinian factions engage in their own rounds of fighting.

Had the Palestinians openly celebrated blowing up a bridge in East Jerusalem, a territory illegally annexed by Israel in the 1960s, and killed Israeli civilians as collateral damage in the process, who can really imagine western media reports being similarly supportive?

Nor would western academics have lined up, as they did for Ukraine, to explain in detail why destroying a bridge was a proportionate act and fully in accordance with the rights in international law of a people under belligerent occupation to resist.

Instead, there would have been thunderous denunciations of Palestinian savagery and "terrorism".

In reality, Palestinian resistance nowadays is far more modest – and yet still receives western censure. Palestinians need only to fire a home-made rocket, or launch an "incendiary balloon", usually ineffectually out of their cage in Gaza – where they have been besieged for years by their Israeli persecutors – to incur the wrath of Israel and the western powers that claim to constitute the "international community".

Even more perversely, when Palestinians solely target Israeli soldiers, as they are unambiguously entitled to do under international law, they are similarly reviled as criminals.

But the double standards do not end there. Western media and politicians were unreservedly appalled by Moscow’s retaliatory strikes on the Ukrainian capital. Despite the media’s emphasis on Russia’s targeting of civilian infrastructure, the number of civilians killed across Ukraine by the wave of missile hits on Monday was reported to be low.

Western media are far less horrified when it comes to Israel’s regular rampages across Gaza – even when Israel "retaliates" after much less provocation and when its strikes inflict far greater suffering and damage.

And, of course, it is not just Israel that is benefiting from this hypocrisy. The United States’ “Shock and Awe” bombing campaign that initiated the war on Iraq in 2003 – and so impressed western commentators – killed many thousands of Iraqi civilians. Russia’s strikes on Kyiv pale in comparison.

There are other glaring inconsistencies. After Russia’s missile strikes, Ukraine is gaining an even more receptive ear in western capitals to its demands for additional weaponry to help regain the eastern territories Moscow has annexed.

By contrast, no one in the West is suggesting that the Palestinians should be armed to help them fight off decades of Israeli occupation and siege. Quite the reverse. It is invariably western weapons that rain down on Gaza, supplied to the belligerent Israeli occupier by the very parties now condemning Russia.

And in stark contrast to Britain’s whole-hearted support as Ukraine battles to stop Russia’s annexation of its eastern territories, the UK’s prime minister Liz Truss stated only last month that she may reward Israel for its illegal annexation of Jerusalem by moving the British embassy there.

Irish lawmakers on Wednesday called out the West's​​ “double standards” for imposing sanctions on Russia after invading Ukraine but not doing the same to Israel over its violations in Palestine. pic.twitter.com/wbMI6meivW

Whereas Palestinians are constantly inveigled to postpone their liberation struggle and wait for their occupier to agree to peace talks, even when Israel openly scorns engagement, Ukrainians are pushed by the West to do the exact opposite. They are expected to delay any negotiations with Russia and focus on the battlefield.

Similarly, those who promote talks between Israel and Palestine that are never going to take place are praised as peacemakers. Those who advocate for talks between Ukraine and Russia – when Moscow has expressed a repeated willingness to negotiate, even if its overtures are disparaged by the West – are rounded on as appeasers.

Russia, meanwhile, faces sustained and comprehensive sanctions imposed by western states to bring it to heel.

By contrast, those proposing a far weaker tool – grassroots boycotts – to pressure Israel to loosen its choke-hold on Gaza are smeared as antisemites and face legislation to outlaw their activities by the same western states sanctioning Moscow.

It is almost as if the "freedom-loving" West has an entirely inconsistent agenda when it comes to the plights of Ukraine and Palestine. Israel’s hold on Palestine is unfortunate but justified; Russia’s over Ukraine is emphatically not.

Western news at the moment is a litany of these double standards and legal and ethical contradictions – and yet barely anyone seems to notice.

Westerners, for example, are currently cheering the protests in Iran, where women and girls have taken to the streets and created mass disturbances in schools. Their protests were sparked by the death of Mahsa Amini after she was taken into custody for wearing her hijab head covering too loosely. 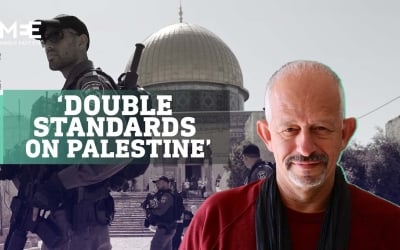 Western media celebrate these young women casting aside the hijab in defiance of the unaccountable clerics who rule over them. The West bewails the beatings and attacks they receive from a tyrannous, patriarchal Iranian theocracy.

And yet there is no comparable solidarity with Palestinians when they collectively defy an unaccountable Israeli occupation army that rules over them. When they turn out to protest at the fence Israel has built all around Gaza to imprison them, preventing them from leaving for work or to see family overseas, or to reach hospitals much better equipped than their own that have been under Israeli blockade for years, they are shot down by Israeli snipers.

Where is the applause for those brave Palestinian protesters standing up to their oppressors? Where are the denunciations of Israel for compelling Palestinians to endure a tyrannous, apartheid-enforcing Israeli military?

Why is it entirely unremarkable that Palestinians – young and old, men and women – are regularly beaten or killed by Israel, while the death of a single Iranian woman is enough to reduce the western media to paroxysms of outrage?

And why, just as pertinently, does the West care so much about the lives of young Iranian women and their hijab protests when it appears not to give a damn about these women’s lives, or those of their brothers, when it comes to enforcing decades of western sanctions? Those restrictions have plunged parts of Iranian society into deep and sustained poverty that puts Iranian lives at risk.

Such is the reflexive hypocrisy that Israeli women who have shown no solidarity with Palestinian women abused and killed by the Israeli army turned out last week to cut their hair in a public act of sisterhood with Iranian women.

There is nothing new about these double standards. They are entrenched in western thinking, based on a profoundly racist, colonial worldview – one that sees “the West” as the good guys and everyone else as morally compromised, or irredeemably evil, if they refuse to bow to western dictates.

That is highlighted by the current battle of an 88-year-old Palestinian businessman, Munib al-Masri, to win an apology from Britain.

At his instruction, two eminent lawyers – Luis Moreno Ocampo, a former chief prosecutor at the International Criminal Court, and Ben Emmerson, a former United Nations expert on human rights – have been reviewing evidence of crimes committed by British forces in the years before 1948, when the UK ruled Palestine under a mandate.

When Britain withdrew, it effectively allowed Zionist institutions to take its place and create a self-declared Jewish state of Israel on the ruins of the Palestinians’ homeland.

The evidence documented by Ocampo and Emmerson – which they describe as "shocking" – includes crimes such as arbitrary killings and detentions, torture, use of human shields, and home demolitions weaponised as collective punishment.

If that all sounds familiar, it should. Israel has been terrorising Palestinians with these same exact policies over the past 74 years. That is because Israel incorporated the British mandate’s "emergency regulations" permitting such crimes into its legal and administrative codes. It simply continued what Britain had started.

Masri hopes to present the 300-page dossier to the UK government later this year. According to the media, it will be "reviewed thoroughly" by the Ministry of Defence. But do not hold your breath waiting for an apology.

The reality is that Ocampo and Emmerson did not need to conduct their research. Nothing they tell the UK government will be a revelation. British officials already know about these crimes. And there is no remorse – as demonstrated by, if nothing else, the fact that Britain continues to back Israel to the hilt even while the Israeli military continues the same reign of state terror.

Israel’s task was to rebrand as a "western-style democracy" the British mandate’s brutal colonial rule over the Palestinian population. It is the reason Israel receives billions of dollars in aid from the US every year, and why it never faces consequences for any of the crimes it commits.

The ugly truth is that westerners dwell permanently inside their own bubble of disinformation, one puffed up by their leaders and the media, that allows them to imagine themselves as the good guys – whatever the evidence actually proves.

The double standards in the West’s treatment of Ukraine compared to Palestine should be a moment when that harsh realisation finally dawns. Sadly, western publics just seem to sink ever deeper into the comforting illusion of self-righteousness. 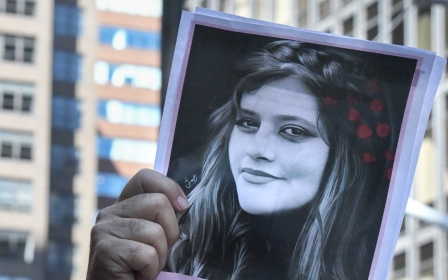 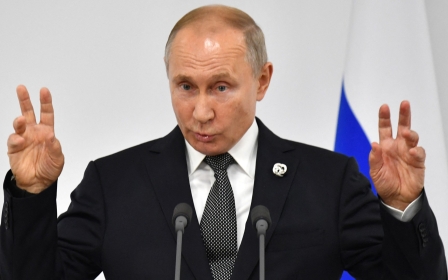