Taha Ozhan
The country had already lost its way in the 20th century, and there are powerful signs that it could share the same fate in this century 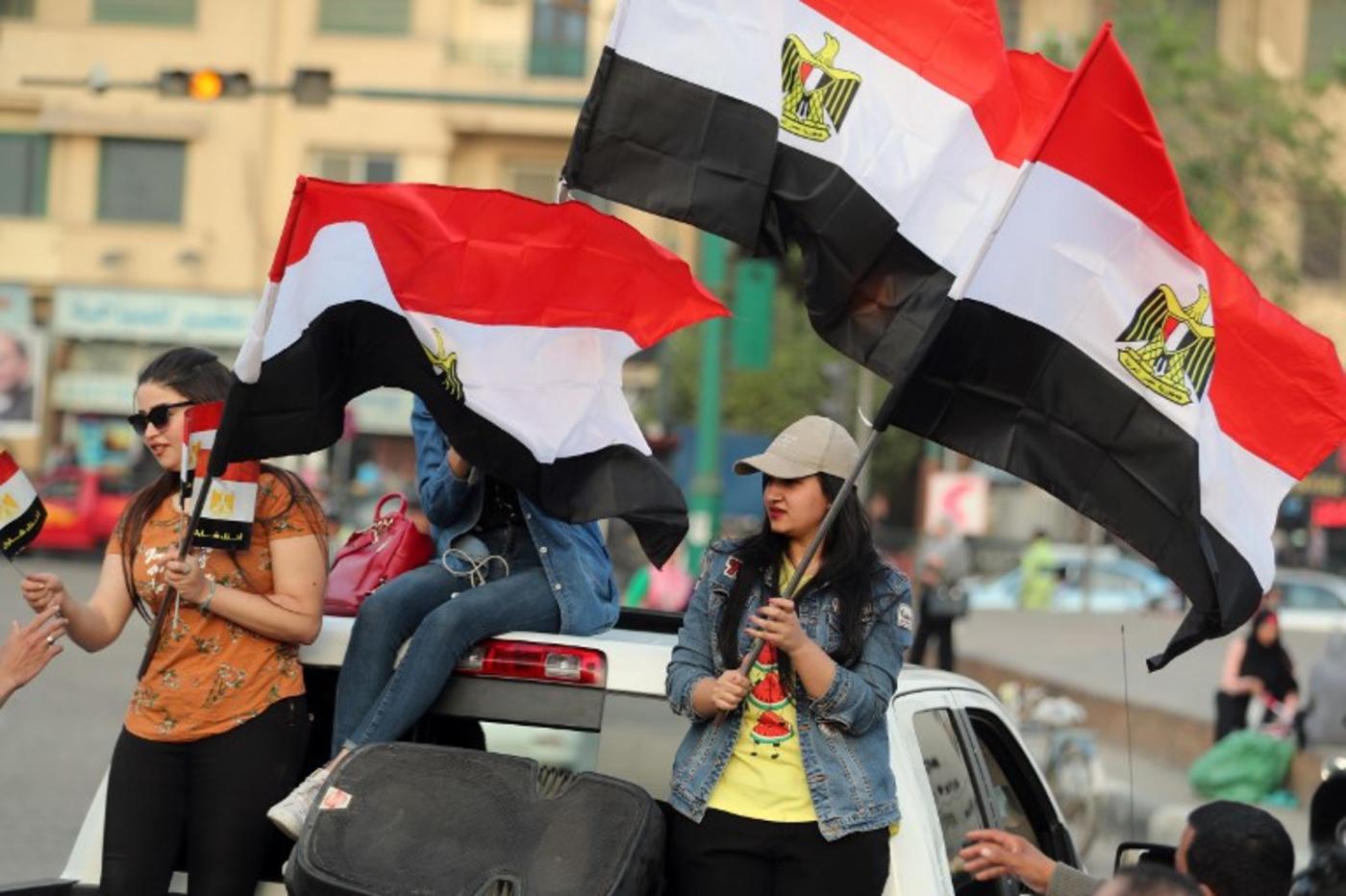 "Egypt will embrace its fifth president since 1953. That is to say, the country has seen only four leaders in 59 years, if Sufi Abu Talep, whose presidency lasted only eight days from Sadat's assassination to Mubarak's coming to power, and the 'acting president', Hussain Tantawi, who took over after Mubarak was overthrown, are not counted.

"What's interesting about the 2012 Egyptian presidential election is that it is the first election held without a 'fixed outcome'. Not knowing who will win the election has become more interesting than finally having a civilian as a president."

Egypt cannot fit into the axis fabricated by the Israel-Gulf-Sisi enterprise. The Egyptian regime has sentenced itself to a quagmire it cannot escape

"What became exceedingly clear in this election is that Abdel Fattah al-Sisi could not pull off a semblance of an election, not even one with fixed results like Mubarak had done … There is nothing to be hopeful about in an election orchestrated by a coup d'etat leadership with the political support of the United States, financing from the Gulf, violence by the baltajis [thugs] and legitimacy from liberals.

"Hamdeen Sabahi – who had applauded the ousting of the elected government by the military in 2012 and who supported Sisi's candidacy at the presidential poll – was the token candidate on the ticket to give the elections a semblance of legitimacy. At this juncture, Sisi's presidency, which in hindsight seems to have been the only motivation for the coup, is no more meaningful than Bashar al-Assad winning elections in Syria."

Upon reading my previous articles, I realised that a facsimile of my analysis still holds today, with almost no inconsistency in political analysis or reading Egypt. The nature of the events happening in Egypt defies the course of time. When the hope for change is killed, politics and even history is halted for a period. As George Orwell noted in 1984: "History has stopped. Nothing exists except an endless present in which the Party is always right."

However, the tragedy in this disaster lies in the desensitisation of people to such paralysis. Even if people desire change, they are caught in the dilemma of being dramatically sensitive to it.

Sisi's party has long consisted of a strong and solid coalition of regional and global actors, from Obama to Trump, Netanyahu to Gulf monarchies, the EU to Russia. Egyptians find themselves forced to submit to the administration of this party. The vital question is: for how long will this surreal status quo persist?

Egypt had already lost its way in the 20th century, and there are powerful signs that most of the 21st century could see it suffer the same fate. With the absence of change in the foreseeable future, there are no realistic grounds upon which to base any positive assessment. One could say that the situation in Egypt is natural, given the political chaos of our current world; this kind of argument is not to be dismissed easily.

It seems that all versions of Sisi in the region are more or less investing in global political depression, and are expecting legitimacy in return, or at least acceptance for being in harmony with regional and global turmoil.

Here, competitive silliness enters into the geopolitical equation: when Trump is the US president, Assad is killing hundreds of thousands of people, Netanyahu is deepening the occupation of Palestine, Libya is on fire, Iraq is in a vicious political and security crisis, Lebanon is grappling with a decades-long political stalemate, and Saudi Arabia is running a weird political model at the Ritz.

Amid all this, why should Egypt not push for the limits of nihilist political engineering?

This is a Tolkien world in the Middle East, manifesting itself in the strange Saruman-style ritual of touching the orb to defeat terrorism during the inauguration ceremony for the Global Center for Combatting Extremist Ideology in Riyadh.

Nevertheless, the bad news for Sisi is that in order to guarantee his reign, he must keep his hand on the orb at any cost - but the orb has a shelf life. The Trump-Gulf orb invention consists of inflating the Islamist threat, demonising the Muslim Brotherhood and reducing geopolitics into terrorism. The orb’s existence depends on the continuation of threats, but for the orb cult to be successful, it must defeat terrorism, which would cause the orb to vanish.

Egypt cannot fit into the axis fabricated by the Israel-Gulf-Sisi enterprise. The Egyptian regime has sentenced itself to a quagmire it cannot escape. Although the national, regional and global zeitgeist may seem to subtly embrace its deepening political and human rights deficit, the coup regime must yet finance accelerating social and economic grievances, without having any carrot left.

As for Egypt's economy, one can easily draw a correlation between the military rule after the 2013 coup and the massive drop in the economy and living status. External debt has jumped from $38bn to more than $80bn, much funded by Saudi Arabia, the UAE and the International Monetary Fund (IMF). Taxes have skyrocketed after the regime opted for massive tax hikes to hundreds of products and services.

While the economic picture is alarming, the Egyptian regime needs to satisfy the Israel-Gulf axis more than its own people. This "mission impossible" will define Egypt's future.

In Egypt, although the Islamic State (IS) group and certain others in the Sinai satisfied Sisi's legitimation needs to a certain extent, the coup regime was not able to terrorise the Muslim Brotherhood into becoming an armed group.

Egyptians successfully kept the peace despite the bloody coup, the humiliating regional and global support for the army regime, the killing of the hopes of millions, and the devastating ripple effects on the Arab Spring.

Egyptians successfully kept the peace despite the bloody coup, the humiliating regional and global support for the army regime, the killing of the hopes of millions, and the devastating ripple effects on the Arab Spring

This fact in itself is a source of hope for change, because the orb cult does not have any readily available, intelligent conspiracy against the unarmed political movements asking for change, democracy and dignity. Their political software can only run when armed groups, such as IS, are operating.

In the world of the orb cult, unarmed political groups have neither use value nor exchange value. The only currency in their world is terrorism. Egyptians may not be able to hope for a democracy soon. Nevertheless, they should not give the orb cult the gift of terrorism.

So far, they have been successful in achieving this challenging and extremely difficult task. This remains the only hope for the future.

Photo: Supporters of Egyptian President Abdel Fattah al-Sisi celebrate in Cairo's Tahrir Square on 2 April 2018 after his re-election for a second term (AFP) 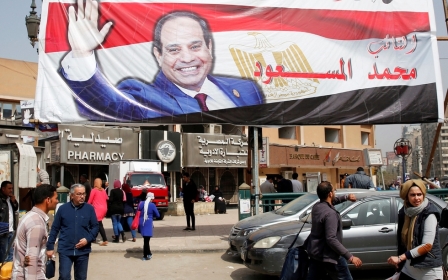 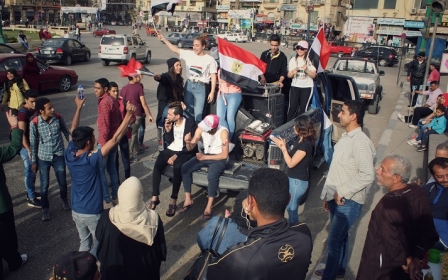 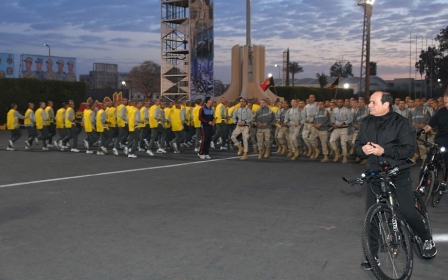 Egypt Vote
Sisi will win. After that he can only lose
Rania al-Malky