Ahmet Alioglu-al-Burai
The dilemma for Palestinians is that even if free democratic and fair elections are held, the prospects for genuine change remain dim 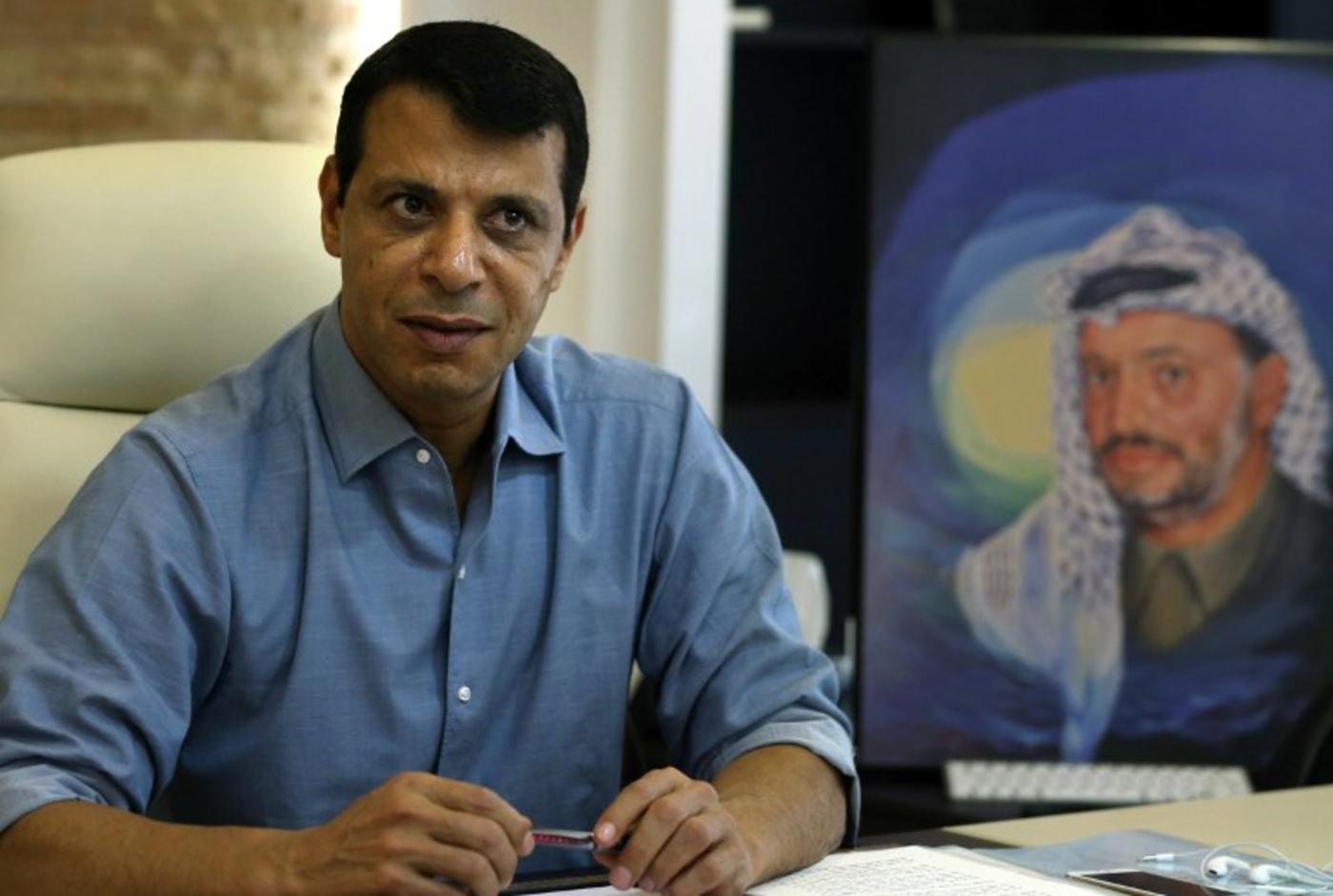 Egypt’s President Abdel Fattah al-Sisi appears to be close to engineering the return of controversial exiled Palestinian politician, Mohammad Dahlan, to Palestine's ruling movement Fatah. It's a move that could pave the way for Dahlan to succeed Mahmoud Abbas as president of the Palestinian Authority.

Intensive meetings and shuttle visits recently took place both in Cairo and Amman to bridge the gap between Abbas and Dahlan, who are rivals. A delegation of five members of Fatah's central committee convened in Cairo to discuss reforming the Fatah movement under the auspices of four Arab countries, namely Egypt, UAE, Jordan and Saudi Arabia.

'Both Israel and Arab countries are disturbed by the trajectory of Palestine’s future after the departure of Abbas. Some see Dahlan as the solution'

Jibril Rajoub, a member of the delegation and one of Dahlan’s most outspoken opponents, later proclaimed in an interview on Egyptian channel ONTV that his movement will take concrete measures to reorganise and reform its structure. He said it will also profoundly consider the readmission of expelled affiliates and members in order to counter its imminent threats.

Though this might appear to refer to Dahlan’s return from exile, the official Jordanian newspaper al Rai claimed that Fatah's central committee voted for the return of people close to Dahlan, even that there were attempts to return Dahlan himself.

On 10 March 2014, President Mahmoud Abbas accused Dahlan, the ex-chairman of the preventive security forces in the Gaza Strip, of bribery, assassinations and traitorous association with Israel. In 2011, Fatah's central committee issued an irrevocable resolution against Dahlan. He was unreservedly expelled from the movement following an inquiry into corruption.

Both Israel and Arab countries are disturbed by the trajectory of Palestine’s future after the departure of Abbas. Some see Dahlan as the solution.

Avigdor Lieberman, Israel’s ultra-nationalist minister of defence, is himself enthusiastic about Dahlan. For him, Dahlan would submissively do Israel’s bidding, based on previous experience and provided that he presides over Fatah and the PA.

For both Egypt and the Gulf monarchies (mainly UAE and Saudi Arabia), Dahlan is a merciless, power-grabbing strongman who could successfully counter, or rather eliminate, Hamas, which is an offshoot of the Muslim Brotherhood. MB is officially declared by the Egyptian coup leaders as a terrorist organisation and perceived by the Gulf states as an existential threat that jeopardises their very survival.

'Even within the organisational structure of the Fatah movement, Dahlan is the sturdiest candidate to replace Abbas'

For the American administration, the sustainability of the so-called peace process is a mission that needs to be reinvigorated. It seems that Dahlan is explicitly the one person who matches Washington's keenness to accomplish that goal.

Even within the organisational structure of the Fatah movement, Dahlan is the sturdiest candidate to replace Abbas. But he is not necessarily the most popular. Early this year, in a survey about which Fatah leader might succeed Abbas, Marwan Barghouti - not Dahlan - was the only choice to outpoll Ismail Haniya, the leader of Hamas in the Gaza Strip.

Barghouti, who is regarded as the leader of the second intifada, is serving five life sentences and an additional 40 years of imprisonment in Israeli jail. Uniquely, he enjoys widespread respect and support among all Palestinian factions, but he doesn’t enjoy Dahlan’s popularity in regional and Western capitals.

Why Hamas is wary of Dahlan

It’s true that Dahlan enjoys significant admiration among Fatah members, especially in the Gaza Strip. Interestingly, in the 2006 parliamentary elections, he defeated Hamas’s lead contender, Yunis al-Astal, in a landslide victory in the city of Khan Younis. However, it is really hard to estimate the extent of his influence among Fatah members in the West Bank.

Dahlan is also believed to have considerable clout among the Palestinian diaspora, who are most strongly represented in Palestinian refugee camps, mainly in Jordan and Lebanon. His financial networks have enabled him to maintain his ties and influence among Palestinian institutions within these communities. Nevertheless, the plan of succession is threatened by several crucial factors.

Inside Fatah, it’s unfeasible that Dahlan would easily return so long as Abbas remains in power. However, Abbas is growing old, and regional and international powers have their own plans and worries. With their leverage, Dahlan might be able to fix what used to be a “zero sum” relationship with Abbas, while his forthright adversaries, especially in the West Bank, turn a blind eye to the aforementioned charges as well as their irrevocable suspension decision.

'There is no doubt that Dahlan’s manoeuvres are fraught with uncertainty, simply because the whole region is still seething with anger'

With their political opportunism, unethical pragmatism, and deceitful shrewdness - they may accept their old corrupt foe as president so long as their interests are preserved and Hamas is defeated. (Rajoub bizarrely offended Palestinian Christians and mockingly designated them as “the community of Merry Christmas” because they voted for Hamas.)

Nationally, Dahlan’s name conjures up images of the hegemony of his intelligence agents, and the encroachment and abuses of the security apparatus he commanded that collaborated with the CIA and Israeli intelligence.

On the other hand, Hamas, though recently approving of the work of charity societies run by Dahlan’s wife in the Gaza Strip, relentlessly associates Dahlan with the deliberate unrest that followed the inauguration of its democratically elected government back in 2007. Hamas publicly accused Dahlan of orchestrating the contrived chaos that eventually led to the bloody standoff and the detrimental and heart-breaking political rift among the two rival movements, Fatah and Hamas.

The result is that any possible convergence, or modus vivendi, that could be tentatively reached between Hamas and Dahlan will not allay Hamas’ unequivocal fears that Dahlan would conspire to topple them again.

On the other hand, there is no doubt that Dahlan’s manoeuvres are fraught with uncertainty, simply because the whole region is still seething with anger. It seems that he has relied heavily on the coup regime in Egypt, which, so far, has failed to establish its own legitimacy.

Democracy does not always mean change for the better

Dahlan is notorious as an American protege, cosying up to Israeli officials, hostile to political rivals from his own people, backed by regional and international enemies of Palestinians, and accused of masterminding a putsch against national democratic elections.

All these qualifications undoubtedly match the prerequisites of the plan that aims to liquidate the Palestinian cause and instead give to it a surrogate homeland under the patronage of the newly reinvigorated “Arab axis of moderation”, whose efforts to partially settle the Palestinian cause continue unabated.

There is no doubt that the Palestinians would hugely welcome a democratic election which would bring a new phase of their aspirations for freedom and self-determination. But the Palestinians’ dilemma is that even if free democratic and fair elections were held, the prospects for genuine change remain dim.

'Hypothetically, if Dahlan runs for president and succeeds, then the Palestinian drama would continue to be a tragedy'

The fundamental reason for this is that Western democracy simply doesn’t work in Middle Eastern countries, not because people in this region are not ready for democracy, but because international powers ask for tailored democracy that will only result in obsequious autocrats. Any election results that don’t match Western benchmarks would face either Mohamed Morsi’s destiny or Hamas’ blockade.

Hypothetically, if Dahlan runs for president and succeeds, then the Palestinian drama would continue to be a tragedy. But if he fails, it would be an even more “black tragedy”. In either case, Hamas will not simply relinquish its achievements in the Gaza Strip and will not give any party a chance to crush it.

The emergence of Dahlan might usher in a new phase of political polarisation which could result in a civil war that would undeniably distract the Palestinians from their coveted goals of independence and freedom.

Photo: Palestinian senior Fatah official Mohammed Dahlan gestures near a portrait of later Palestinian leader Yasser Arafat during an interview at his office in Abu Dhabi in September 2015 (AFP) 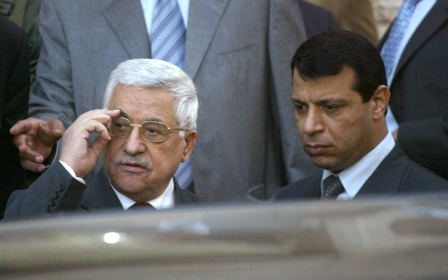 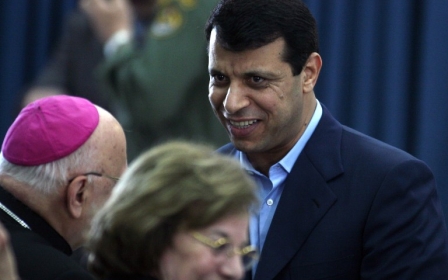 Palestine State
Poised for a comeback, Palestine's Dahlan has ‘power, not popularity’ 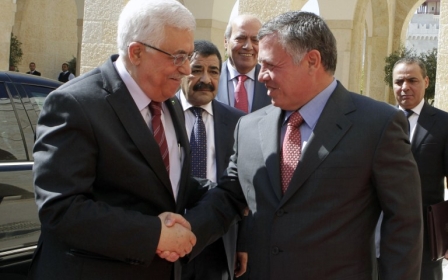