Basheer Nafi
For those accustomed to miscalculation, it is not easy to discern wrong from right 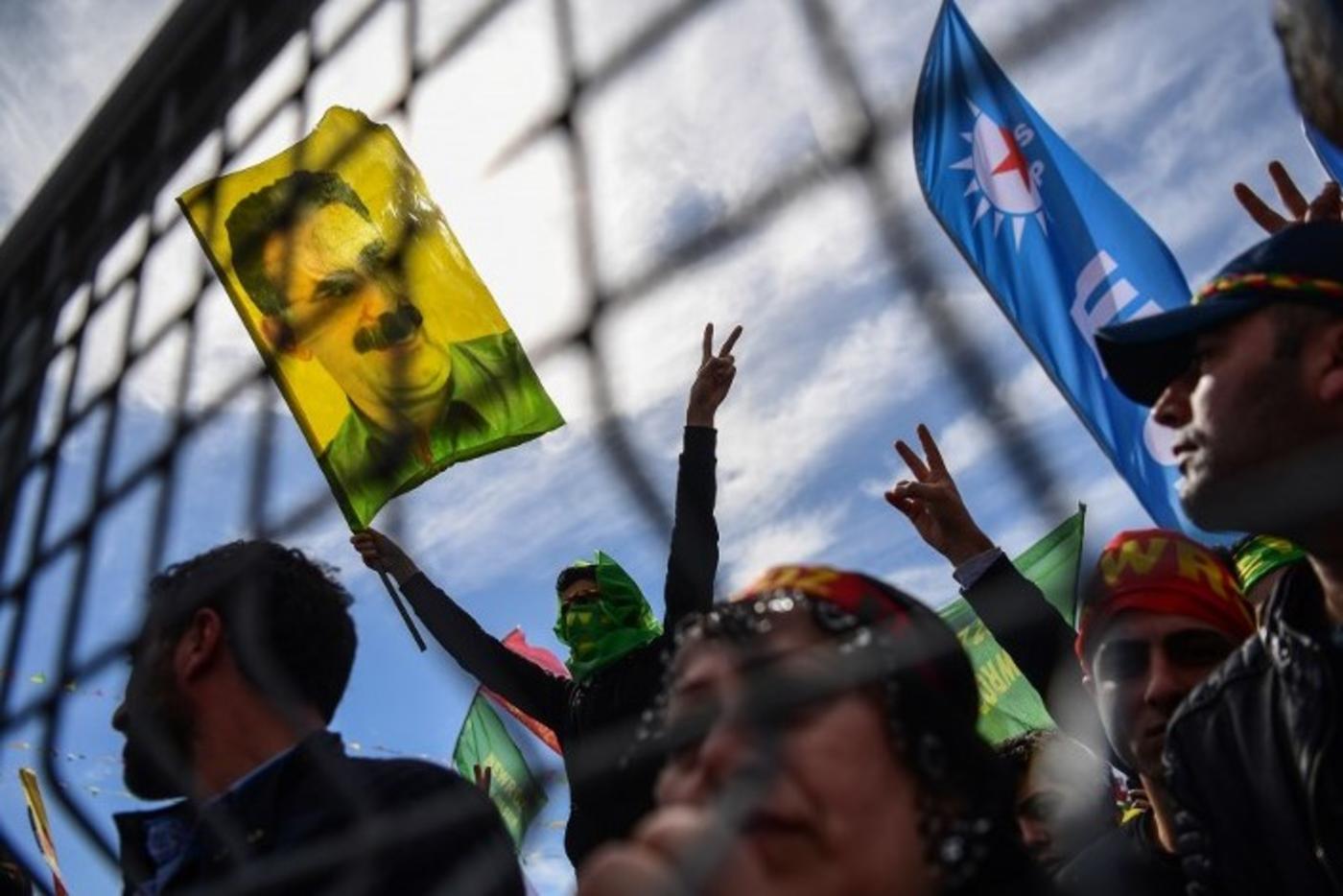 It would seem that the Turkish-Syrian "Olive Branch" operation has accomplished its military objectives: control over the Afrin region by the Democratic Union Party (PYD), the Syrian wing of the Kurdistan Workers’ Party (PKK), has come to an end.

It seems that the People's Protection Units (YPG), the armed wing of the PYD, put up little resistance to Turkish forces and their Syrian allies. As soon as Turkish troops and the Free Syrian Army (FSA) approached the outskirts of Afrin, the PYD's armed elements dissolved among the civilian population and fled the city.

The claim that the YPG withdrew out of concern for the lives of civilians does not accord with the history and behaviour of the PYD, neither in Afrin nor in other parts of northern Syria and southeastern Turkey. The group imposed its will in Kurdish-majority regions of Turkey and Syria through the use of force and shedding the blood of Kurds, before shedding the blood of Turks and Arabs.

In Turkey, the PKK never hesitated to kill Kurdish Islamists and assassinate Kurdish teachers, bakers, village chiefs and petrol station managers who did not submit to the group's orders.

In Syria, the PYD has in recent years assassinated, imprisoned or banished leaders and activists affiliated with the Kurdish National Council. When circumstances enabled it to seize control of villages and towns where Kurds, Turkmen and Arabs had coexisted for many years, the PYD did not refrain from expelling Arabs and Turkmen.

Between September 2015 and March 2016, the PKK fought a real war against the Turkish state in Kurdish-majority cities in what was named "the uprising of trenches and barricades"

The people of Tal Rifat, who demonstrated last month to urge Turkey and the FSA to liberate their area from the PYD, had been forced out of their homes after the group seized control in early 2016 with the help of Damascus.

Civilians mean very little to this party: intricate defences built in Afrin indicate prior planning for fighting inside the city, but the rapid collapse of PYD units in the countryside instilled panic, illustrating the inability of PYD/PKK leaders in the Qandil Mountains to accurately assess the situation.

Such miscalculation is not new. Five years ago, on 21 March 2013, thousands of Kurds gathered in the main square of Diyarbakir to celebrate Nowruz and listen to a message from Abdullah Ocalan, the PKK's imprisoned leader. Ocalan's message was explicitly supportive of a project, championed by then prime minister Recep Tayyip Erdogan, to reach a final settlement for the Kurdish problem in Turkey.

Communications between the Turkish government and the PKK had been going on since 2010, paving the way for the launching of a peace process that led to a two-year ceasefire in the bloody and costly conflict.

The government adopted a series of measures aimed at meeting the legitimate rights of the Kurds, and facilitated communications between Ocalan and PKK leaders. An unprecedented effort to develop southeastern Turkey was sponsored by state agencies and large private-sector firms.

A nationwide dialogue was launched, in which politicians, academics and opinion leaders prepared for legislative amendments to end the conflict and transform the Turkish republic into a state of all its citizens.

In October 2014, the PKK took the ruling Justice and Development Party by surprise when it triggered a series of demonstrations and bloody attacks across the country's southeast to protest the siege imposed by the Islamic State (IS) on the Syrian town of Kobane, killing dozens. In July 2015, the PKK declared an end to the peace process.

In the ensuing months, Turkish security agencies discovered that the PKK had been engaged in a policy of methodological deception throughout the two years of truce. Instead of withdrawing weapons and armed elements from the country, as stipulated by the deal with the Turkish government, the PKK was in fact rebuilding its armed cells and amassing weapons and explosives.

Between September 2015 and March 2016, the PKK fought a real war against the Turkish state in Kurdish-majority cities - particularly Nusaybin, Cizre and the old quarter of Diyarbakir - in what was named “the uprising of trenches and barricades.“
Despite the disappointment in Afrin, PKK still appears convinced that its US allies will provide protection in Manbij, Tal Rifat, Raqqa and Kobane.
The question is, what was really responsible for transforming expectations of a historic settlement into something resembling a civil war?
The climate of peace triggered two major changes in Kurdish-majority regions: a state of accelerating economic prosperity, and the emergence of leaders of the People's Democratic Party (HDP), the political wing of the PKK, as credible spokesmen for the Kurdish nationalist movement.
These changes did not bode well for PKK leaders, who feared that a resolution of the Kurdish problem would eventually lead to the loss of its support base in southeastern Turkey. Yet, there was another development taking place in Syria's north: since the start of the battle for Kobane, the US had been providing substantial support to the PYD.
By the time of the city's liberation from IS in January 2015, the US opted to embrace the PYD and use the YPG as a substitute for US soldiers, whether in the battle against IS or to reinforce US influence in eastern Syria.

Equally, the Kurdish leaders in the Qandil Mountains misread the results of the June 2015 Turkish elections, which saw the Justice and Development Party lose its absolute parliamentary majority for the first time since 2002. Mistakenly, the PKK concluded that the result weakened Prime Minister Ahmet Davutoglu and made him more liable to pressure.
In the ensuing months, it became increasingly clear that PKK leaders had miscalculated. Davutoglu took a quick decision to confront their rebellion with force. The popularity of the HDP receded significantly, and the Justice and Development Party regained its majority in the November elections.
Why a Kurdish national state will fail
Basheer Nafi
Read More »
However, the PKK leadership did not learn its lesson, believing still that the alliance between its Syrian branches and the US would enable it to recover from its Turkish losses. This intoxication was augmented by the PYD's success in seizing control of Manbij, Tal Rifat and Raqqa.
It is unlikely that PKK leaders will quickly recover from this intoxication. Despite the disappointment in Afrin, they still appear convinced that their US allies will provide protection in their Syrian strongholds. For those accustomed to miscalculation, it is not easy to discern wrong from right.
There is undoubtedly a Kurdish question in the Middle East, just as there are Palestinian, Syrian and Iraqi questions. A century after its emergence, the people of the Middle East are still struggling against the legacy of the post-WWI order. Yet, what is certain is that the PKK is not qualified to steer the Kurdish ship to shore.
- Basheer Nafi is a historian of Islam and the Middle East.
The views expressed in this article belong to the author and do not necessarily reflect the editorial policy of Middle East Eye.
Photo: People flash victory sign and wave flags of jailed PKK leader Abdullah Ocalan as part of the Kurdish celebration of Nowruz (aka Noruz or Newroz), the Persian calendar New Year, in Istanbul on 21 March 2018 (AFP) 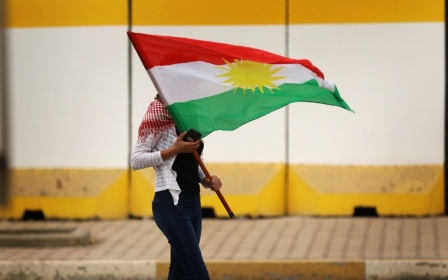 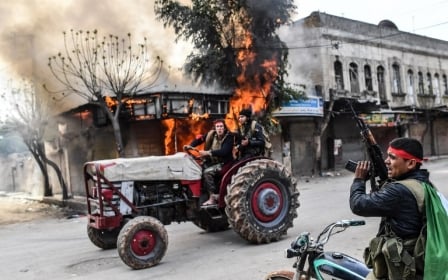